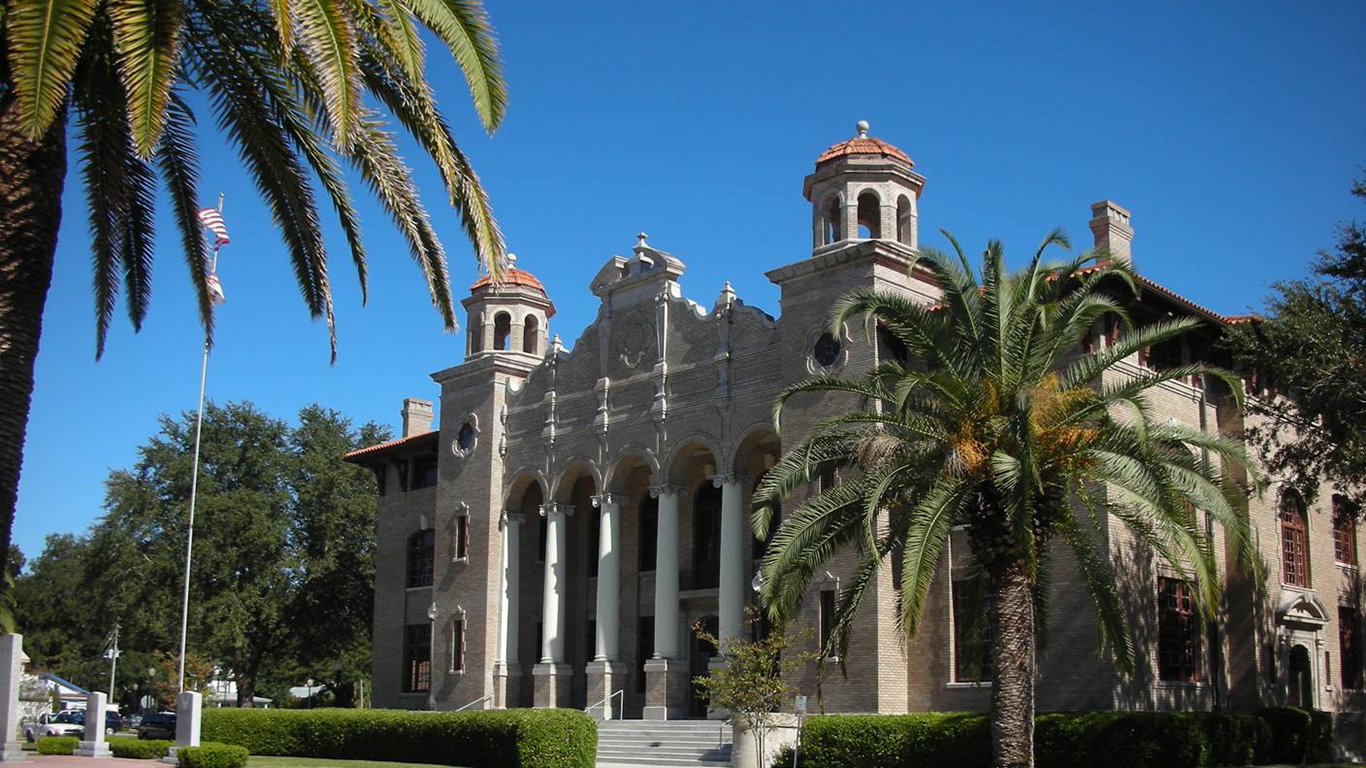 Over the past year, the 65-and-over population in Sumter County grew 5.6% due to the wave of inbound seniors from out of state, nearly the most of any U.S. county. Many incoming retirees are likely moving to The Villages — the largest retirement community in the United States — which has rapidly expanded in recent years. Today, the 65 and older population comprises 50.9% of Sumter County’s population — the largest share of any U.S. county. One advantage of living in Sumter County may be access to the area’s quality health care system. Some 84% of female Medicare enrollees aged 65 to 67 received a breast cancer screening in the past two years, more than the national average of 63%. Additionally, 90% of diabetic Medicare enrollees ages 65 to 75 receive annual tests that evaluate their long-term control of blood glucose concentrations. For perspective, this figure surpasses the national average of 85%. 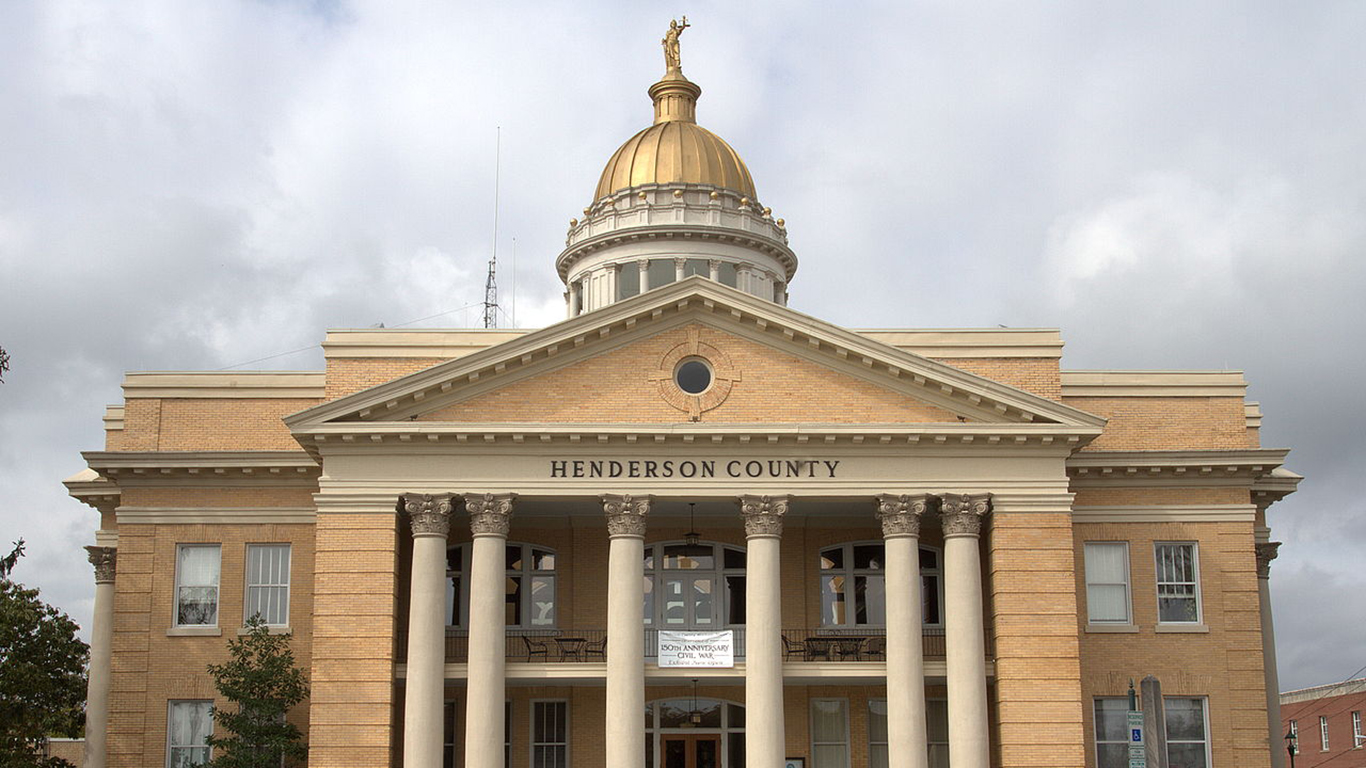 Henderson County is a top destination for retirees. Over the past year, the 65-and-over population grew 2.7% from out-of-state migration, more than twice the 1.1% national average. Henderson County is also one of the healthiest counties nationwide, and seniors in the area may have greater access to medical care than in most of the country. Only 9.9% of adults have diabetes, among the least of any U.S. county. Approximately 89% of residents 65 to 75 with diabetes on Medicare receive tests that evaluate their long-term control of blood glucose concentrations annually, more than the 85% national figure. In addition, 70% of women aged 65 to 67 received a mammogram in the past two years, more than the nationwide corresponding share of 63%. The large share of seniors receiving preventive care may be partially due to the high concentration of health providers in the area. There are 87 primary care physicians for every 100,000 residents, well above the national concentration of about 76 physicians per 100,000 Americans. 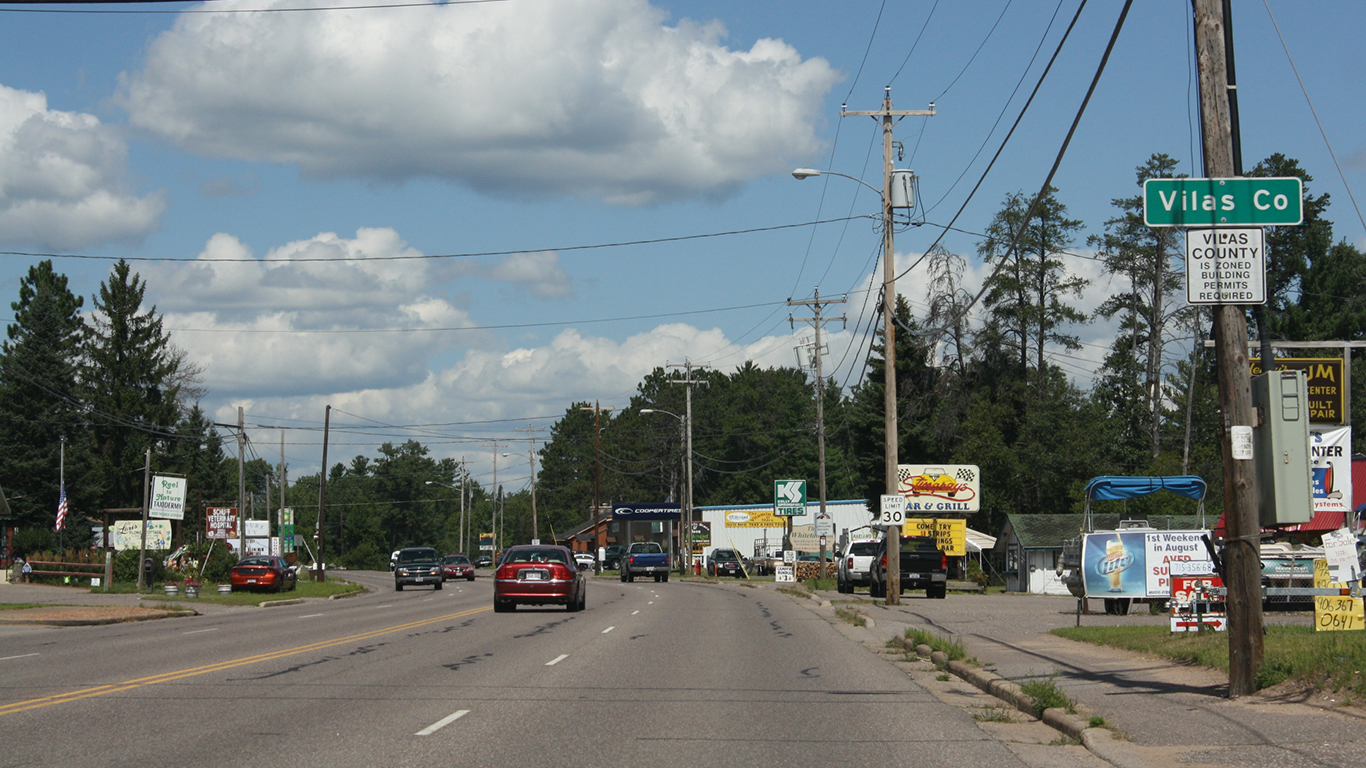 Vilas County is home to one of the largest elderly populations in the nation with 28.2% of the county’s population 65 years and older. In the past year, the older population grew by 2.0% from inbound out-of-state migration, about twice the comparable rate across all counties. Seniors in Vilas County have access to a high concentration of health practitioners. There are about 108 dentists per 100,000 residents, nearly twice the the national concentration of 66 dentists per 100,000 Americans. About 90% of diabetic Medicare patients aged 65 to 75 receive HbA1c, or tests that evaluate their blood glucose concentrations, on an annual basis. This is above the comparable rate nationwide of 85%. Similarly, the share of female enrollees 65 to 67 receiving a mammogram every two years is 76% versus the nationwide share of 63.0%. 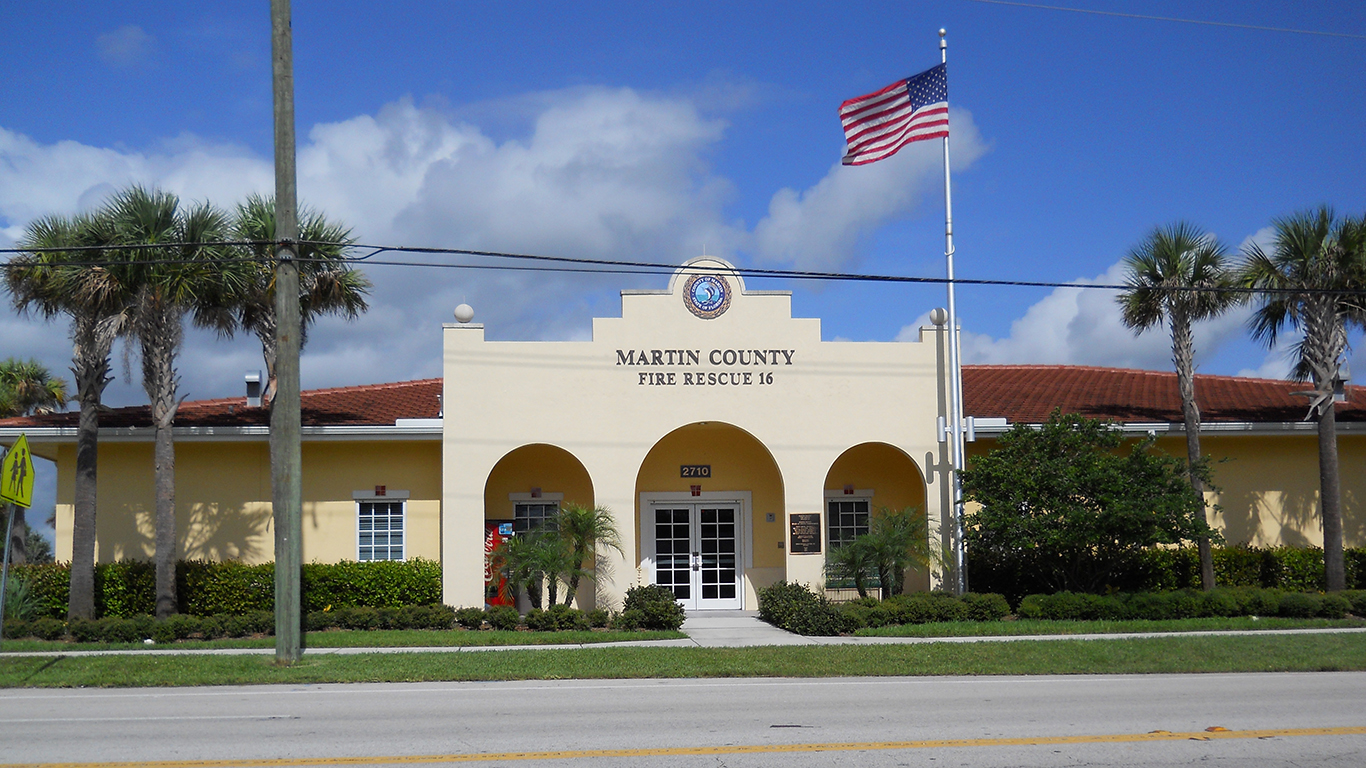 The 65-and-over population in Martin County grew by 4.1% over the past year due to inbound migration, more than nearly any other county. Perhaps the warm weather, numerous beaches, and 75 parks draw retirees into the county. The average retirement income in Martin County is $30,388 annually, one of the largest of any U.S. county. A majority of residents in this community enjoy access to recreational facilities, specifically 95%, more than the national average of 84%. In addition to the greater access to gyms and outdoor activities, Martin County residents are relatively active, and the area has one of the lower obesity rates in the nation. Only 21.3% of adults in the county are obese, much less than the national adult obesity rate of 28.0%. 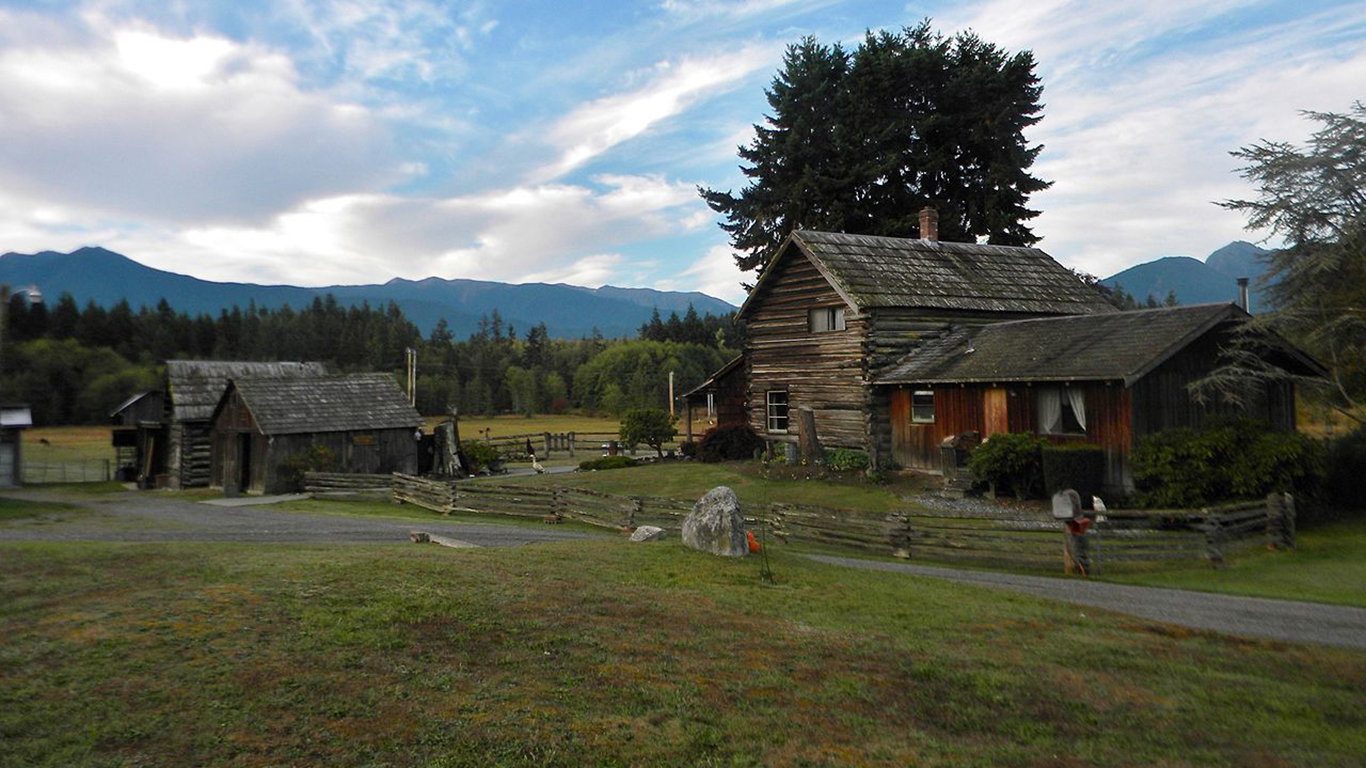 Clallam County is located in the Olympic Peninsula of Washington state. More than 1 in 4 county residents are at least 65 years old, one of the largest shares of U.S. counties. The age cohort grew by 1.9% due to the inbound migration of out-of-state seniors over the past year, far outpacing the 1.1% national rate. According to Port Angeles — the county seat — seniors move to Clallam County for the area’s scenic beauty and recreation opportunities. Only 18.8% of adults in the county do not exercise, far less than the 22.0% national average. The county is also one of the healthiest in the nation. Just 6,706 years of life are lost due to people dying before the age of 75 per 100,000 Clallam County residents annually, approximately 800 years less per 100,000 than the average rate among the 500 counties with the oldest populations in the United States.