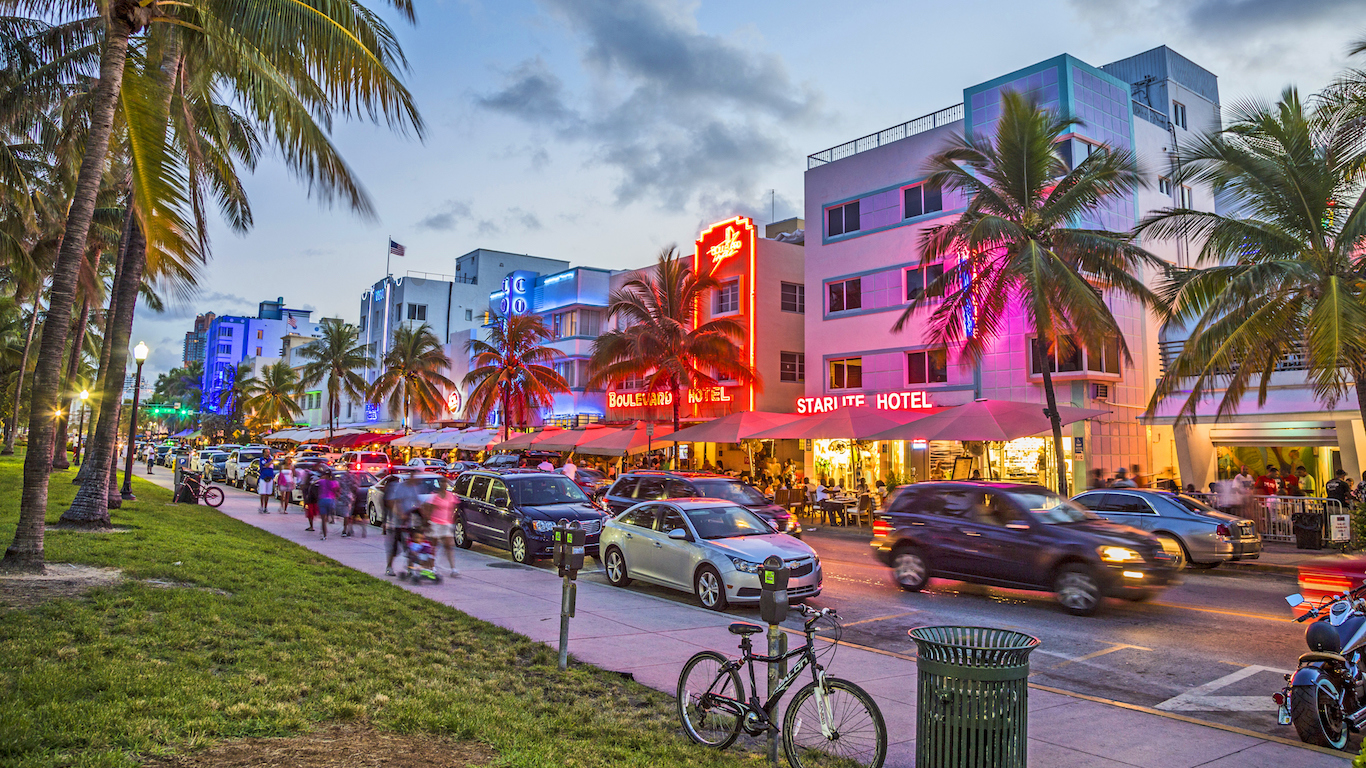 In 2014, Florida overtook New York as the third most populous state in the country. Florida has continued to grow at a near nation-leading pace. The state’s population grew by 1.8% in 2016, far more than the 0.7% national population growth rate. Like many of the fastest-growing states, Florida’s rapid population growth was largely due to migration. About 9 in every 10 new Floridians either moved to the state from elsewhere in the United States or from another country — one of the largest such shares nationwide — while the rest of the state’s population increase was due to natural growth. 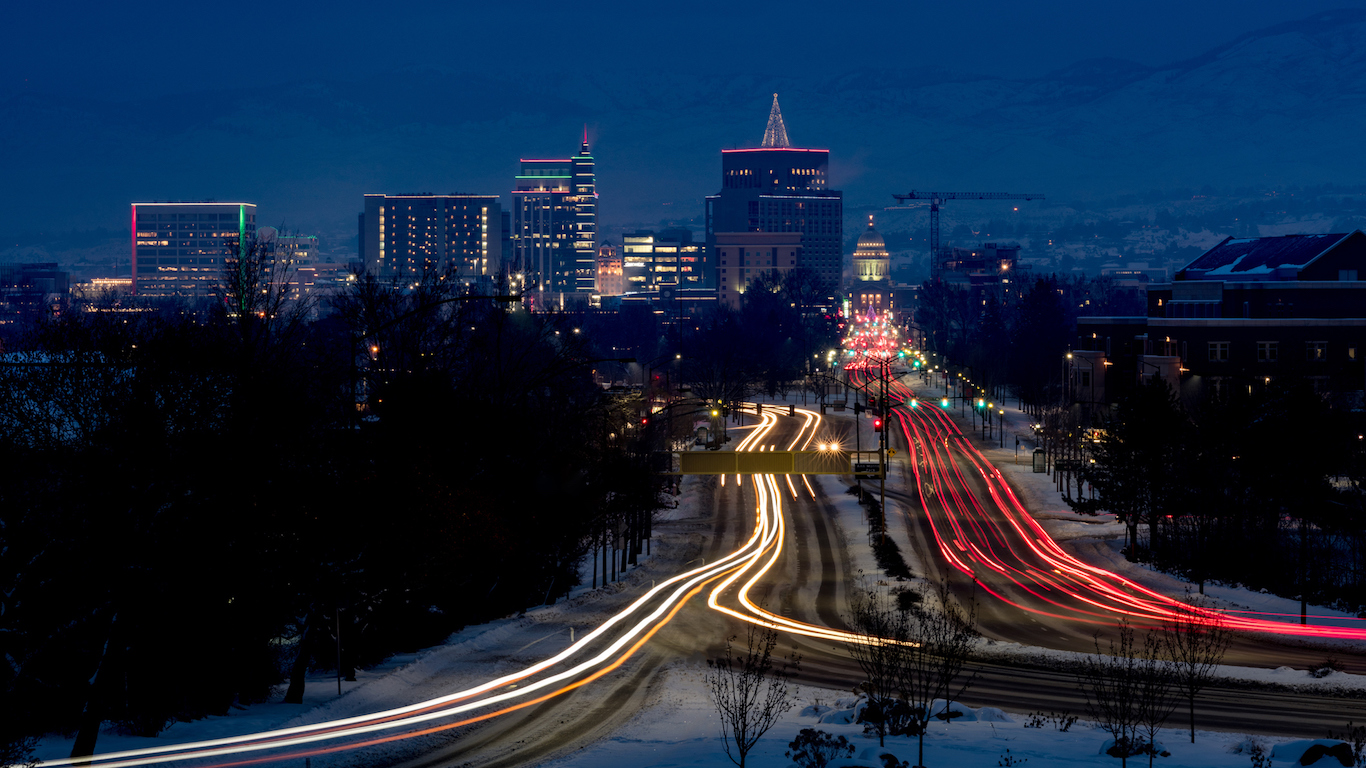 The population of Idaho increased by 1.8% in 2016, the third fastest pace of any state. Idaho has a relatively high birth rate, and natural growth — births minus deaths — accounted for about one-third of all new Idahoans in 2016. The remaining population growth was due to the large influx of residents from other parts of the country. A net total of 17,143 Americans relocated to Idaho in 2016, far more than in most states. The state’s population growth coincided with a substantial decline in unemployment. Idaho’s unemployment rate fell from 4.2% in 2015 to just 3.8% in 2016, today one of the lowest unemployment rates in the country. 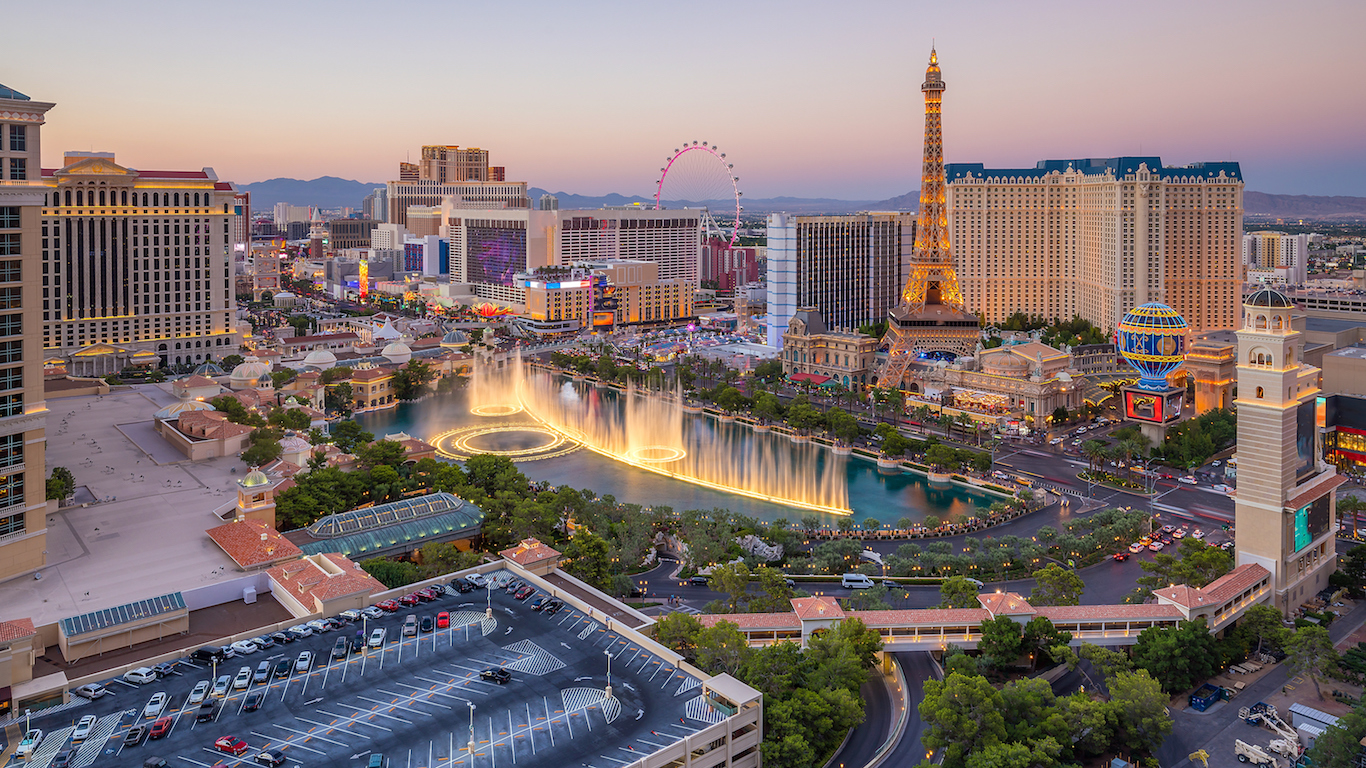 The population of Nevada increased by 2.0% in 2016, the second fastest pace of any state. Nevada has sustained strong population growth over the past decade, growing by 16.5% from 2006 to 2016 — nearly twice the 8.3% national growth rate. Despite strong population growth, Nevada’s overall economic output declined over that time. The state’s arts, entertainment, and recreation and accommodation and food sectors — which comprise a larger share of Nevada’s GDP than in any other state — shrunk 13.0% from the second quarter of 2006 to the second quarter of 2016, more than in any other state nationwide. Nevada’s GDP contracted by 9.0% overall during that time, the largest decline in the country. Industries that benefit from population growth, however, such as educational services and health care, grew at a faster pace than in a majority of states. 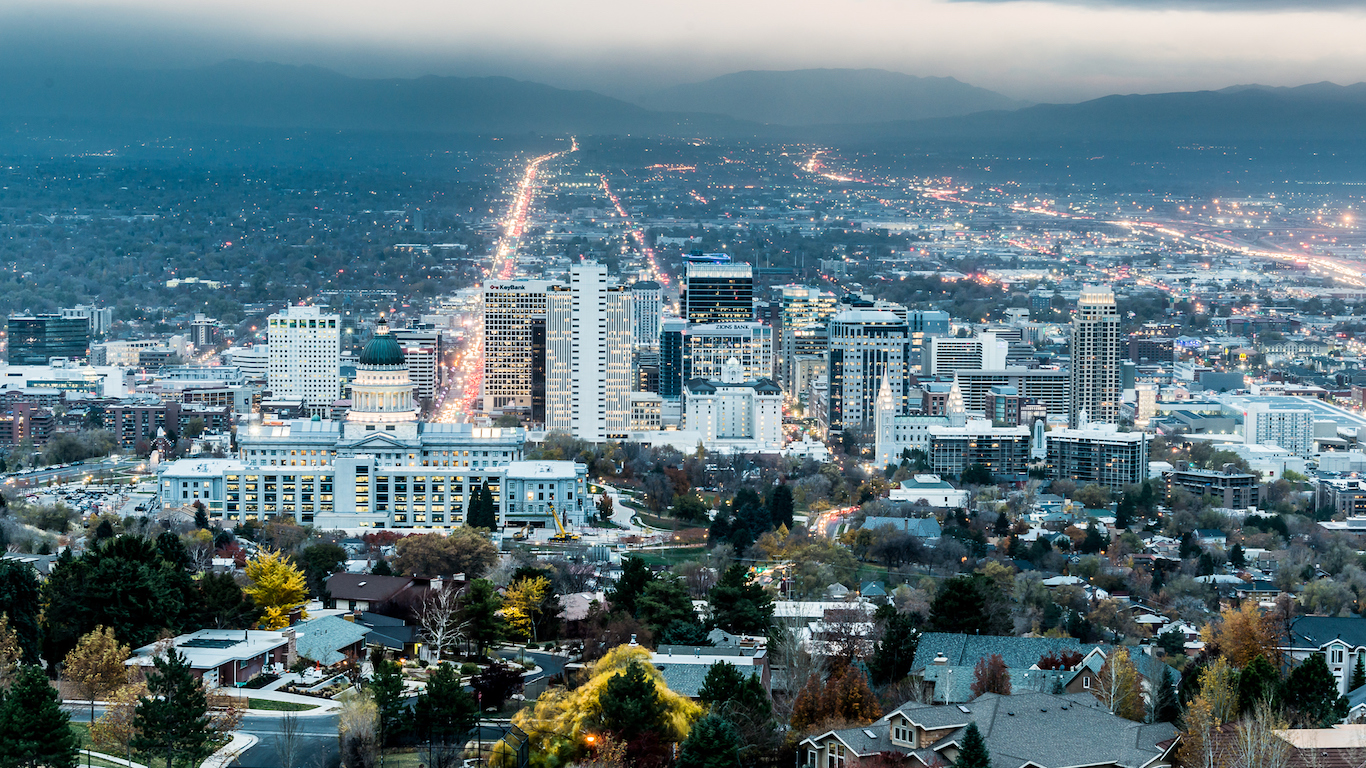 The population of Utah grew by 2.0% in 2016, nearly three times the 0.7% national population growth rate and the fastest pace of any state. Unlike most fast-growing states, the majority of Utah’s population increase was due to natural growth. Utah has the largest average family size in the country, and there were 1,854 births per 100,000 people in Utah in 2016 — far more than the national rate of 1,286 births per 100,000 Americans. Utah also has the lowest death rate in the country. While Utah’s high birth-to-death ratio accounted for most of the state’s population growth, Utah’s population also grew more from inbound migration than many other states. The state’s population increased by 0.8% due to net migration in 2016, more than double the 0.3% national figure and the ninth highest rate of any state.