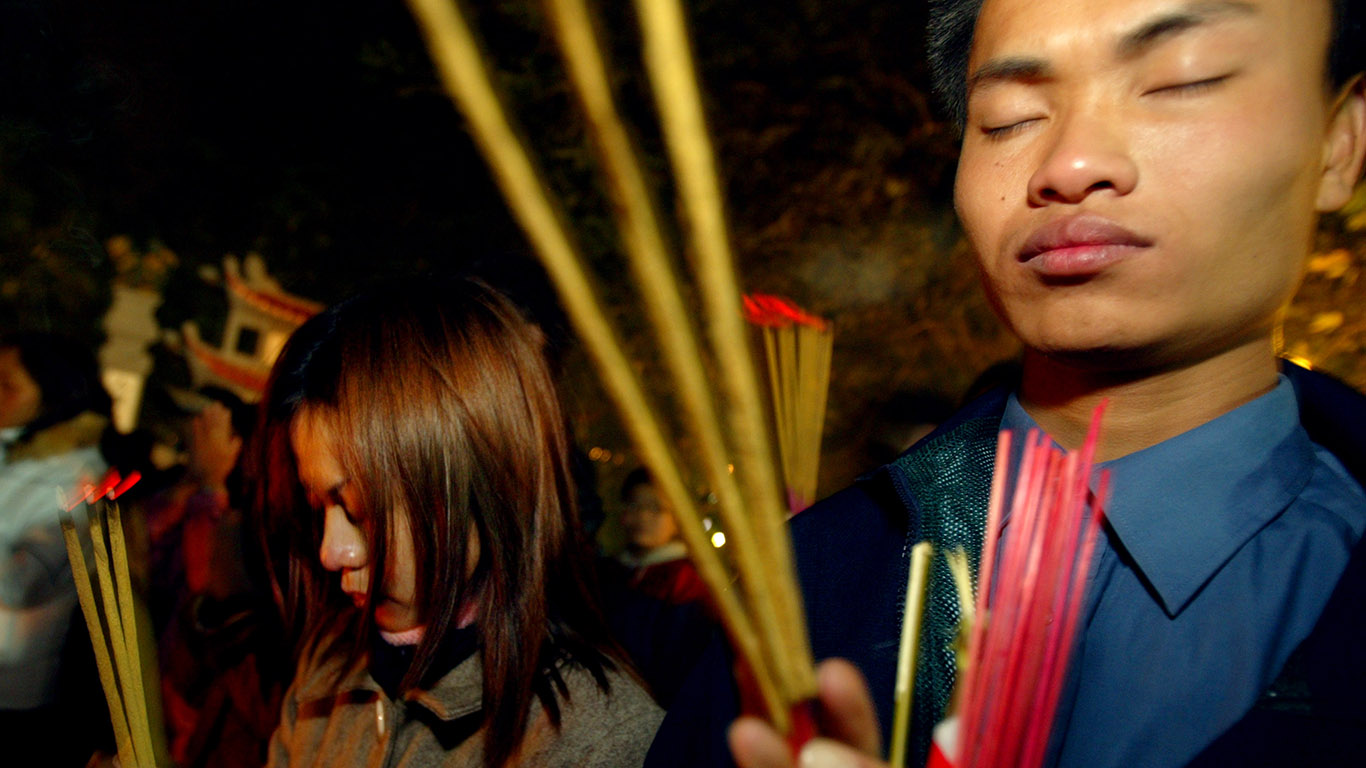 Tết is considered to be the most important holiday on the Vietnamese calendar. At the stroke of midnight, as the new year begins, Vietnamese welcome the new kitchen god by beating drums and igniting firecrackers. Each day during the new year week, family members place offerings on the household altar and burn incense to remember the deceased ancestors. 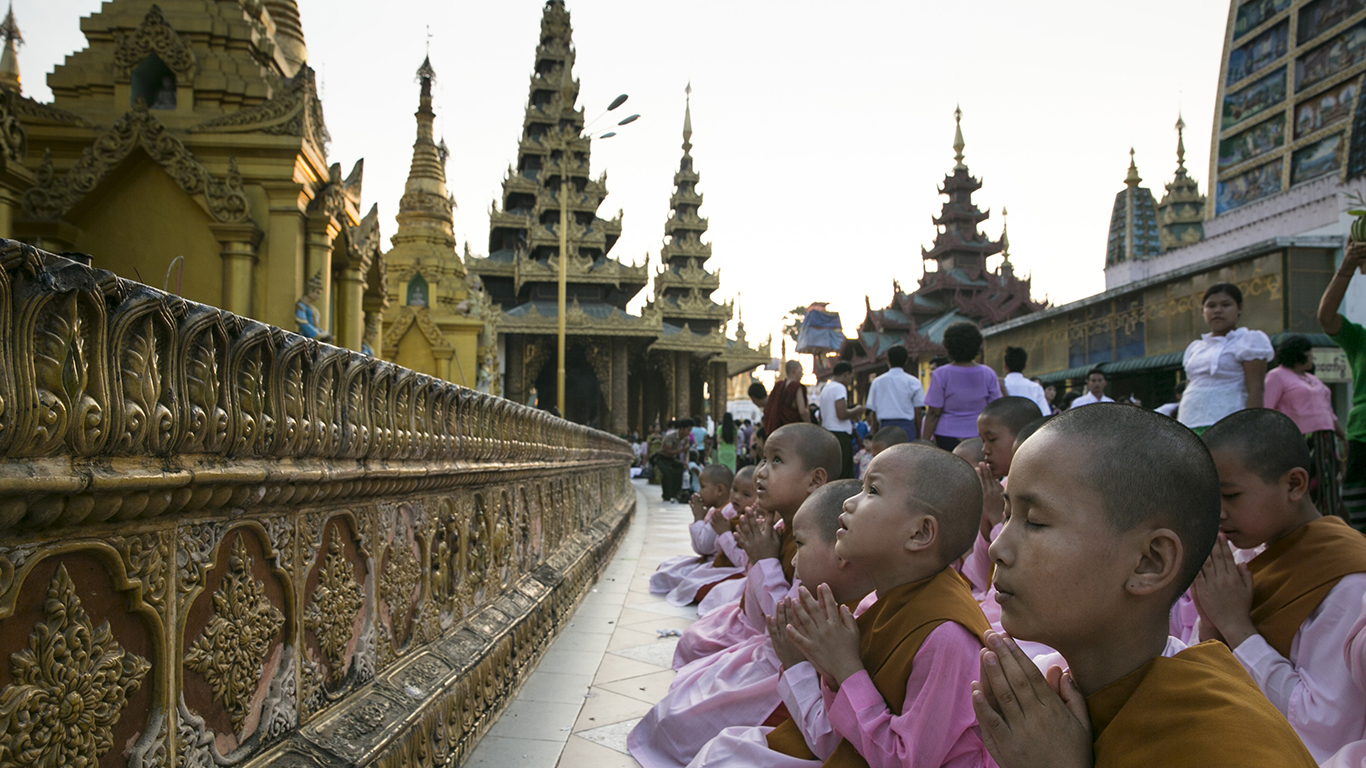 Thingyan, the Burmese New Year, is also an extravagant water festival. The Burmese ring in the new year by participating in several water-filled activities, including spraying one another with water guns, tossing water from buckets, and pouring water from intricate silver vessels. This water frenzy lasts for three to four days, ending just in time for dinner and a night’s worth of partying at promptly 6:30 p.m. 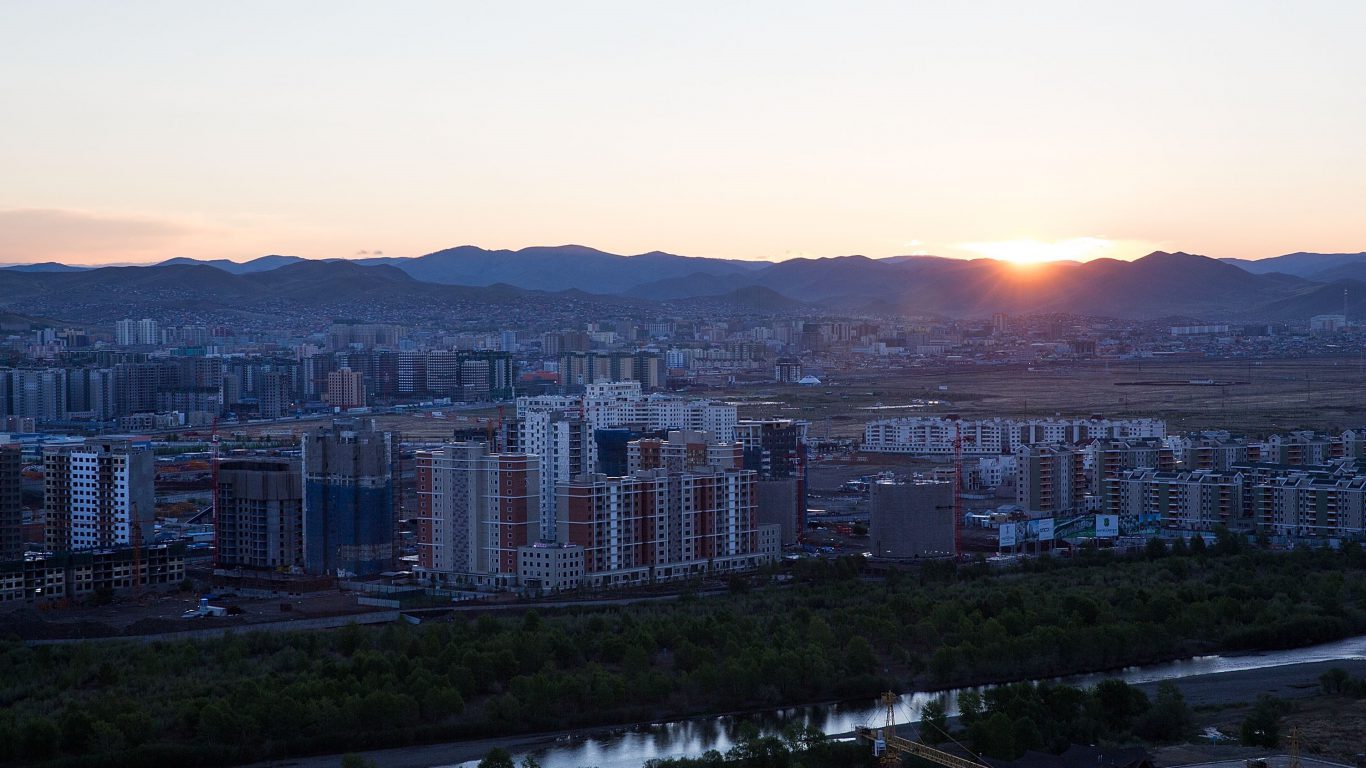 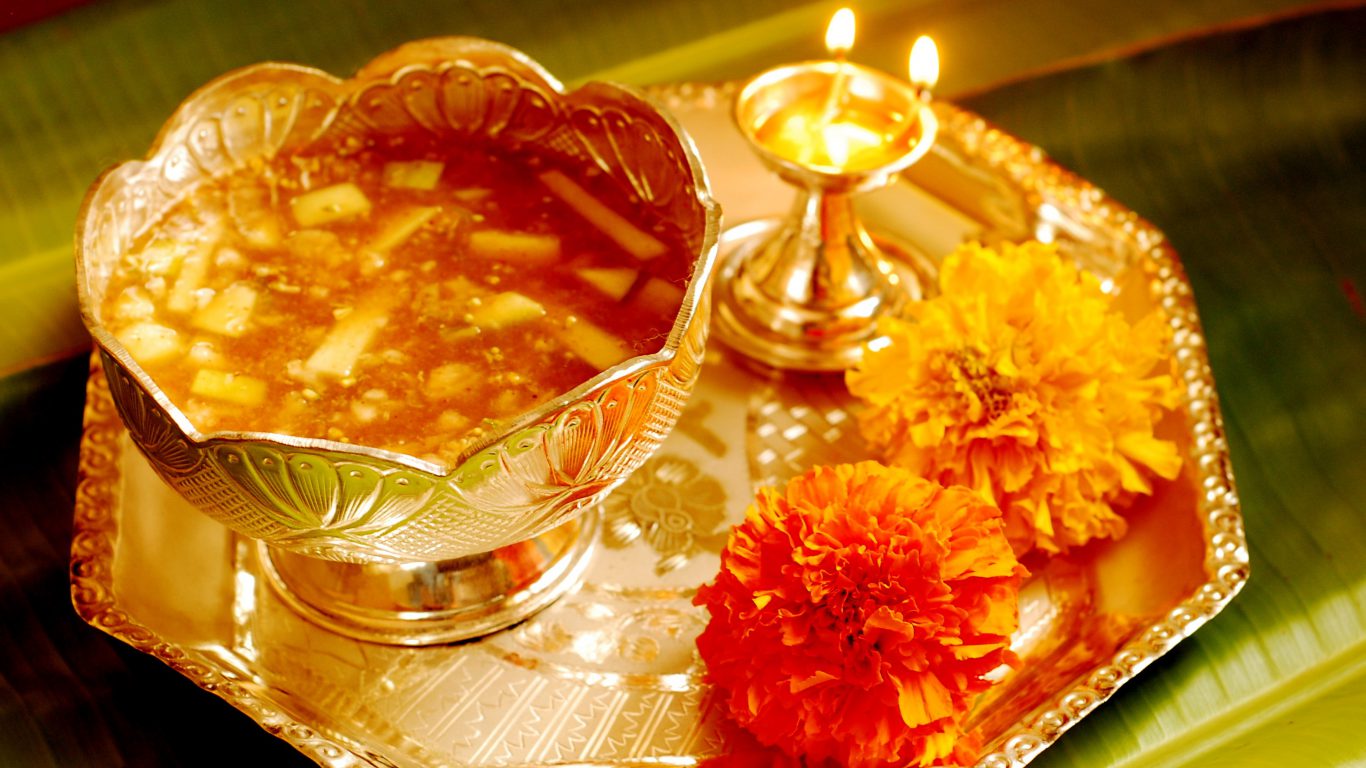 People living in the the southern Indian states of Karnataka, Telangana, and Andhra Pradesh celebrate Ugadi, which takes place on the first new moon after the Spring Equinox. Based on the Gregorian calendar, this day falls anywhere between the end of March and the beginning of April. Preparations for the celebration commence a week prior and include scrubbing down the house and purchasing new clothing. On the day of Ugadi, people adorn their homes with mango leaves and colorful designs made of rice, flower, sand or flower petals called Rangoli. 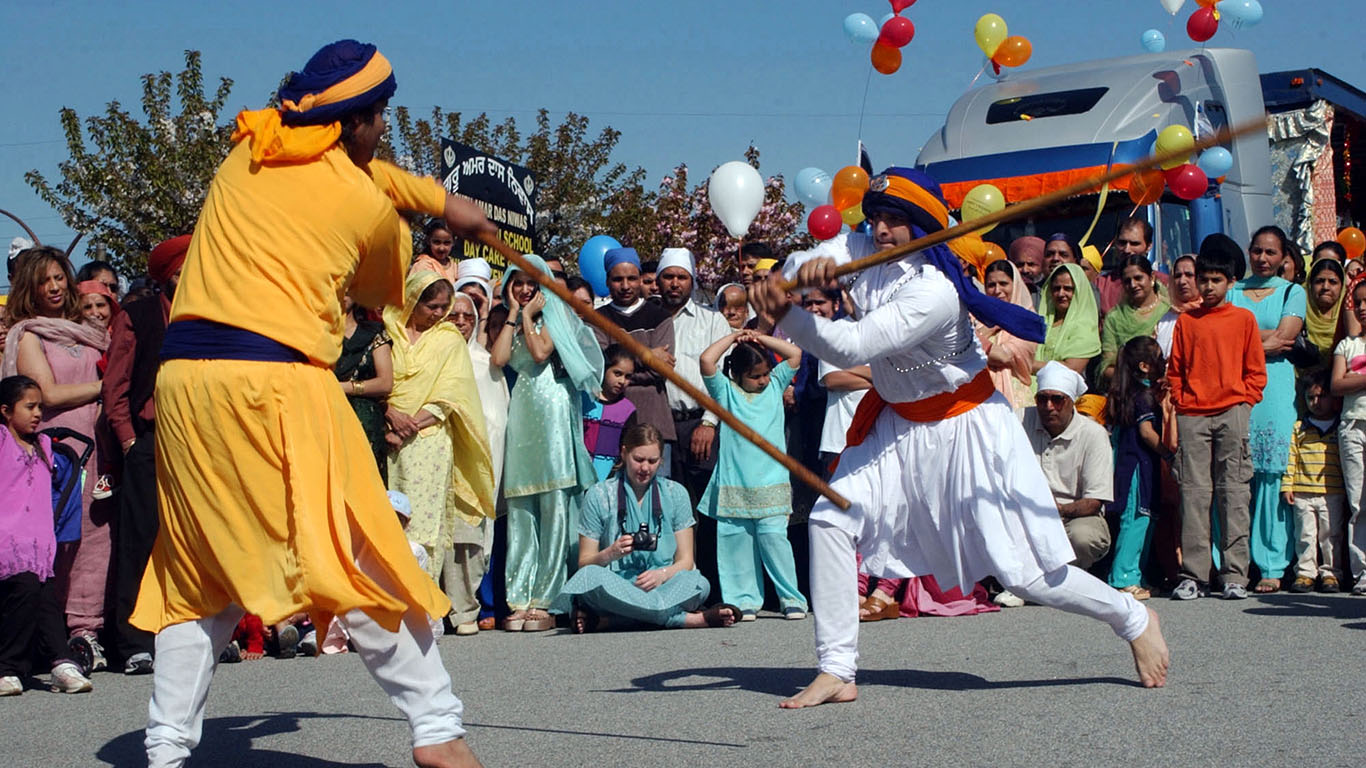 Pakistanis celebrate Vaisakhi on April 13 to mark the start of spring. The day celebrates the harvest in the Punjab region of India and it is also acknowledged as when Sikhism was founded in 1699. The day is observed with processions known as a nagar kirtan and religious hymns recited from the Sikh holy book. 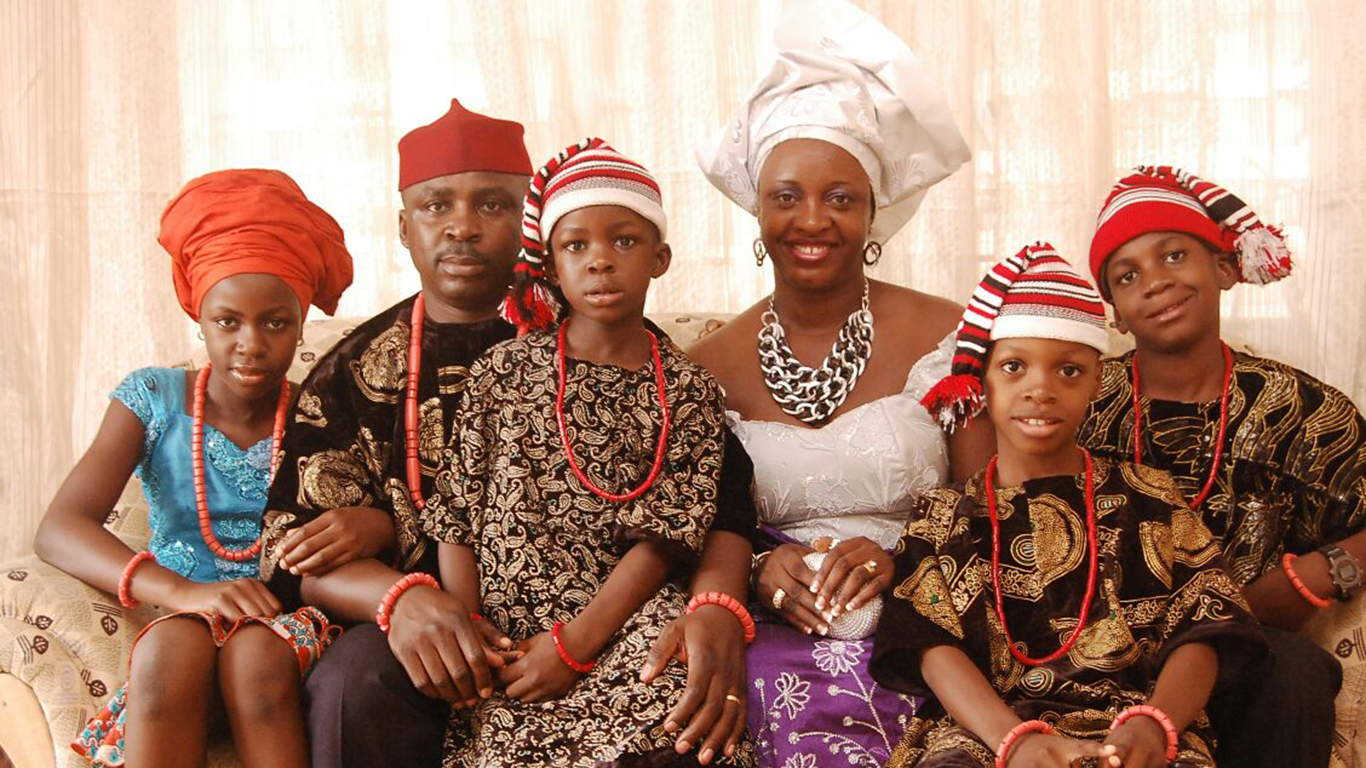 The Igbo new year begins in February, just like the new year starts for Asian cultures such as Chinese, Korean and Indian. These cultures use the moon to calculate their months and seasons. During a festival that marks the new year, the reigning monarch of the Igbo people in Nigeria distributes yam seeds to his people and asks them to return home and farm their land.