Over 16% Oklahoma residents live on poverty level incomes, well above the 14.0% U.S. poverty rate. Poorer Americans are less likely to report a high sense of well-being than higher earning Americans, and the low incomes in Oklahoma may explain some negative outcomes. Only 38.2% of adults in the state have enough money to do what they want, nearly the lowest share nationwide. Additionally, 1 in every 5 survey respondents struggle to afford food, the fourth highest ratio of any state.

Stronger social connections would also go a long way to improve well-being in the Sooner State. Just 42.7% of survey respondents always make time for regular vacations with family and friends, the smallest share of any state. Additionally, just 71.2% of adults in the state receive positive energy from friends and family on a daily basis, the fourth smallest share among states. 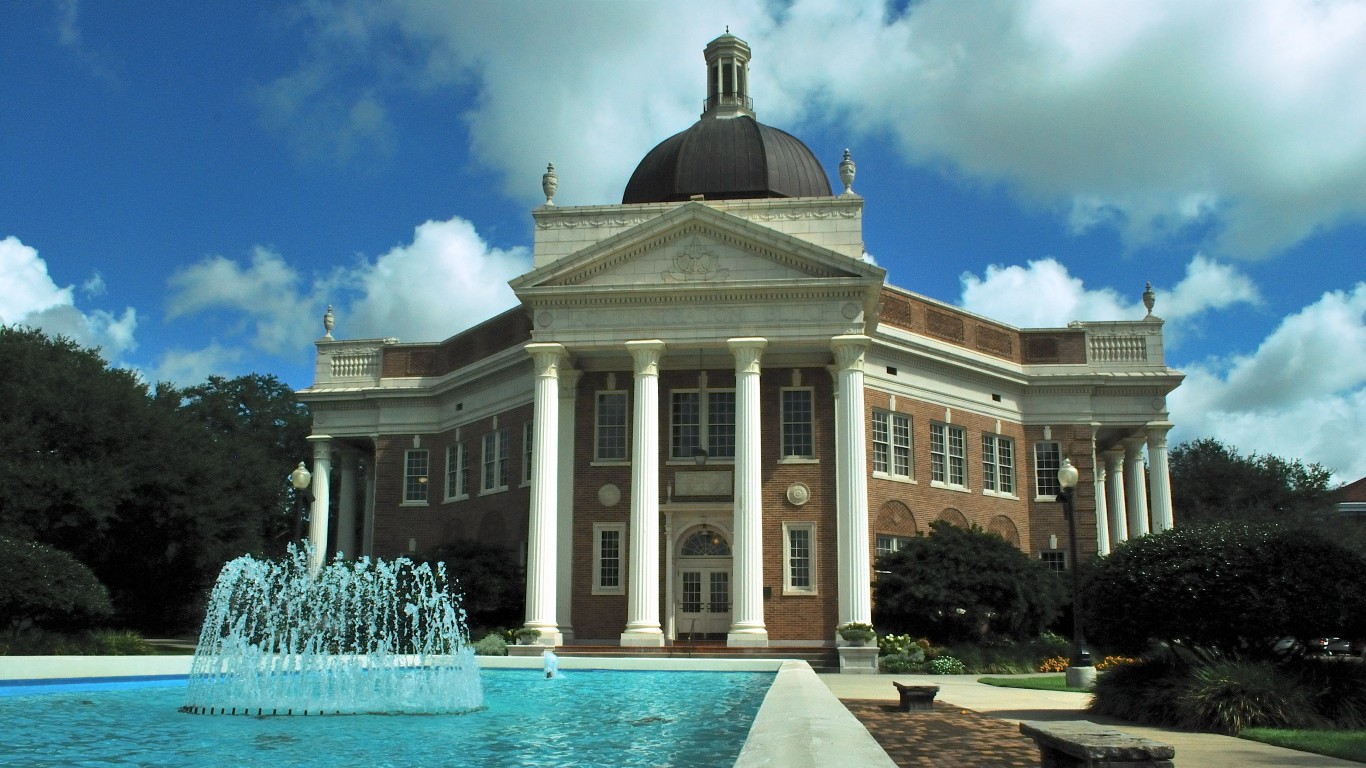 Poorer Americans are less likely than those with higher incomes to report a high level of personal well-being. With about 1 in 5 residents living below the poverty line, Mississippi is the poorest state in the country. Partly as a result, it is the only state where fewer than 1 in 3 adults do not have enough money to do what they want. Additionally, some 23% of survey respondents report struggling to afford food, the largest share of any state.

Many Mississippi residents also lack a sense of purpose. It is the only state in the country where fewer than 70% of survey respondents said they like what they do every day. It is also one of only three state where less than half of adults have reached most of their goals in the past year.

Arkansas residents have some of the worst health behaviors in the country and report some of the worst health outcomes. For example, 31% of adults in the state get no exercise beyond getting up and going to work, and 32% have had to abstain from their usual activities for more than two days due to poor health — both the second largest shares of any state. Nationwide, just 26.0% of Americans missed their usual activities due to poor health. Additionally, 39% of adults have had high blood pressure at some point in their lives, and 15% have diabetes — each the third largest share nationwide. 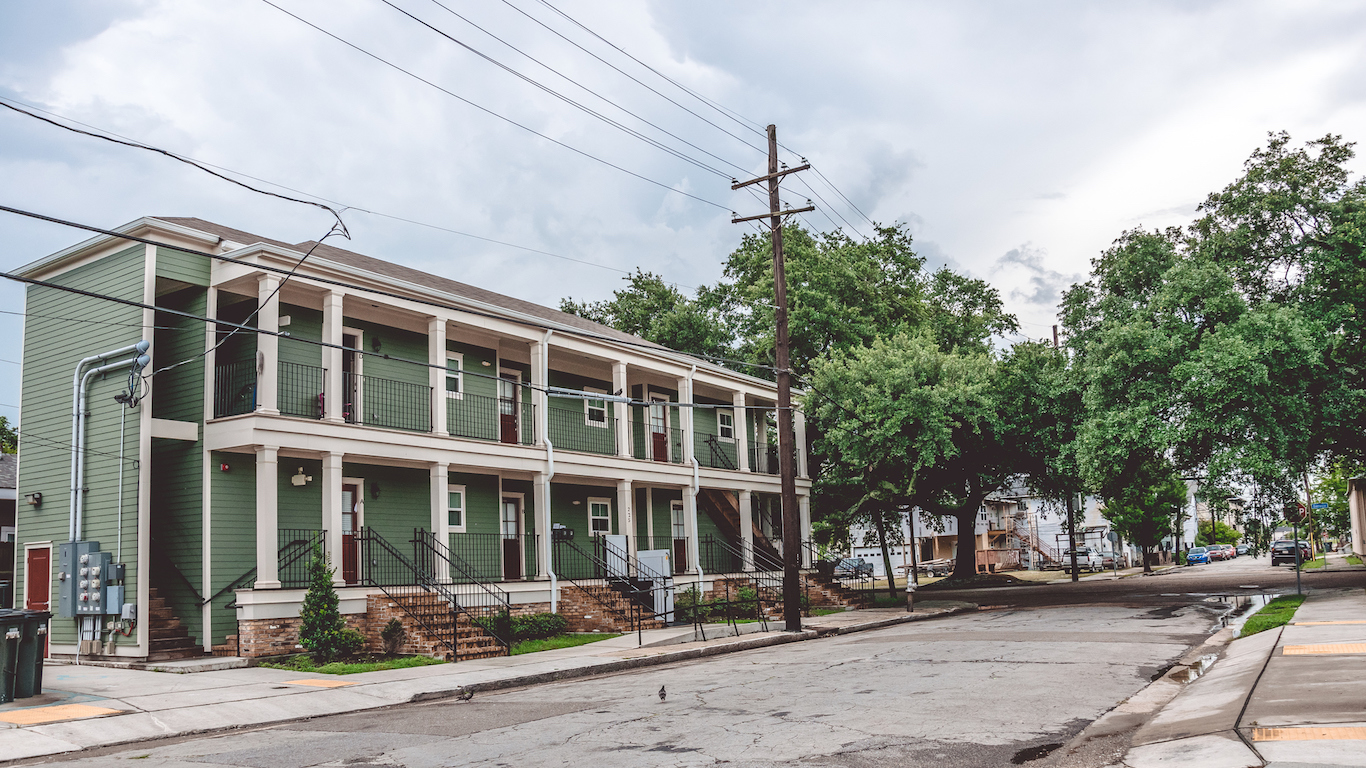 Louisiana is one of many states in the South that trail the nation in well-being. Just an estimated 55.4% of adults believe the area where they live is the perfect place for them, and only 69.3% always feel safe and secure — each the smallest share of any state. The fractured sense of safety may be partially due to the area’s high crime rate. There were 566 violent and 3,298 property crimes per 100,000 Louisiana residents in 2016, the fifth and fourth highest such rates of any state.

Louisiana residents also report the weakest sense of financial security of any state other than Mississippi. More than 1 resident in 5 in the state live in poverty, the second highest poverty rate in the country.

For the ninth year in a row, West Virginia residents reported the lowest level of well-being in 2017. Well-being in the state is largely hindered by high levels of financial insecurity and poor physical health. The typical West Virginia household earns just $43,385 a year, more than $14,000 less than the national median income of $57,617. Even adjusted for the area’s low cost of living — goods and services cost an average 11% less in the state than they do nationwide — West Virginia still has the second lowest median household income in the country. Some 21% of adults believe they do not have enough money for food, the third largest share of any state.

In West Virginia, 28% of adults smoke, and 29% get no exercise beyond getting up and going to work — the largest and fourth largest such shares in the country. The state has the highest self-reported rates of high blood pressure, diabetes, depression, and heart attack, and just 47% of adults believe they are in near-perfect physical health — the smallest share of any state.