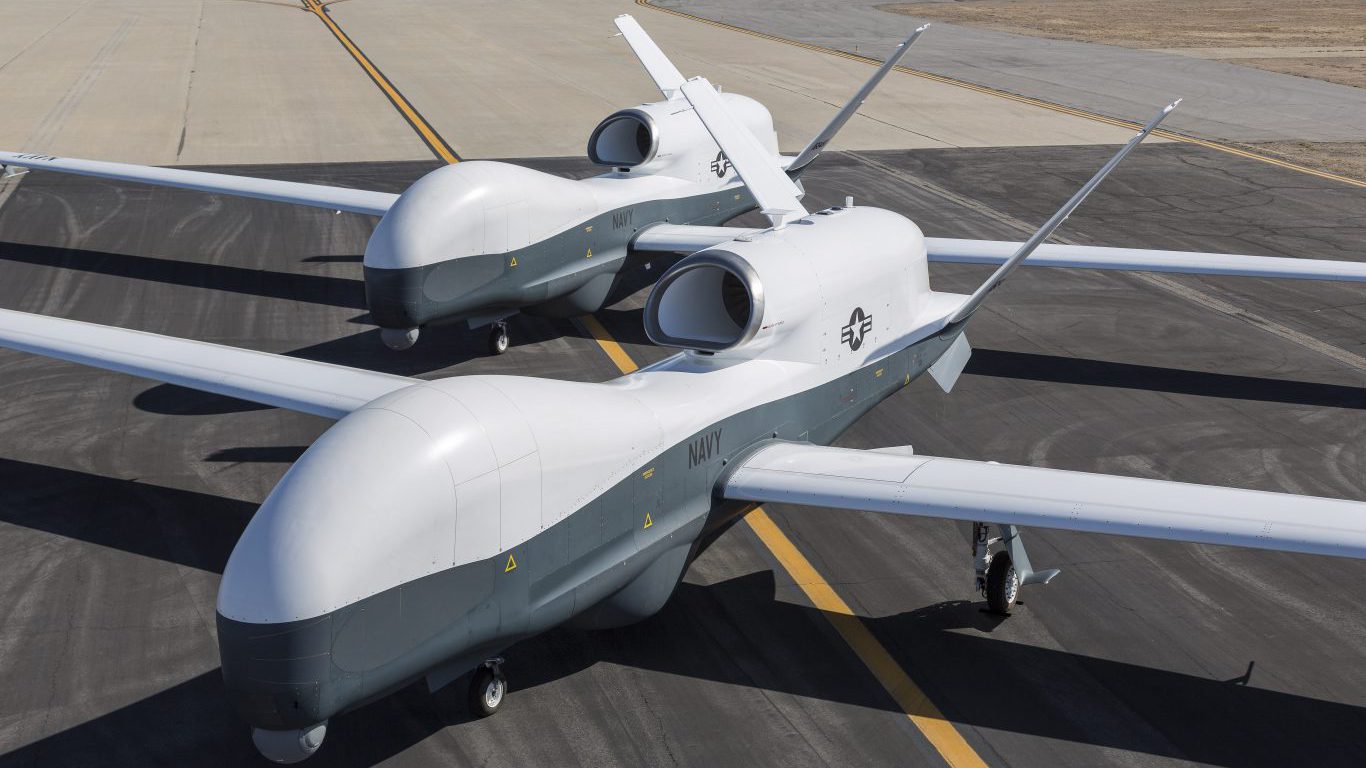 Falls Church, Virginia-based defense contractor Northrop Grumman employs some 67,000 people in over 25 countries and in all 50 states. One of the world’s largest defense contractors by revenue, the company is behind one of the most advanced — and iconic — aircraft of the U.S. military arsenal. The B-2 Spirit Stealth Bomber can fly 6,000 nautical miles without needing to refuel and carry up to 20 tons of ordnance — either nuclear or conventional. The U.S. military relied on the bomber in both Iraq, Afghanistan, and most recently in Libya. Adjusted for inflation, a single B-2 bomber cost over $2 billion, and the U.S. Air Force currently has 20 in operation.

The company’s other business segments include unmanned aerial vehicle manufacturing, cyber security, and logistics. Arms sales and military services accounted for 87.3% of the company’s $24.5 billion in revenue in 2016. 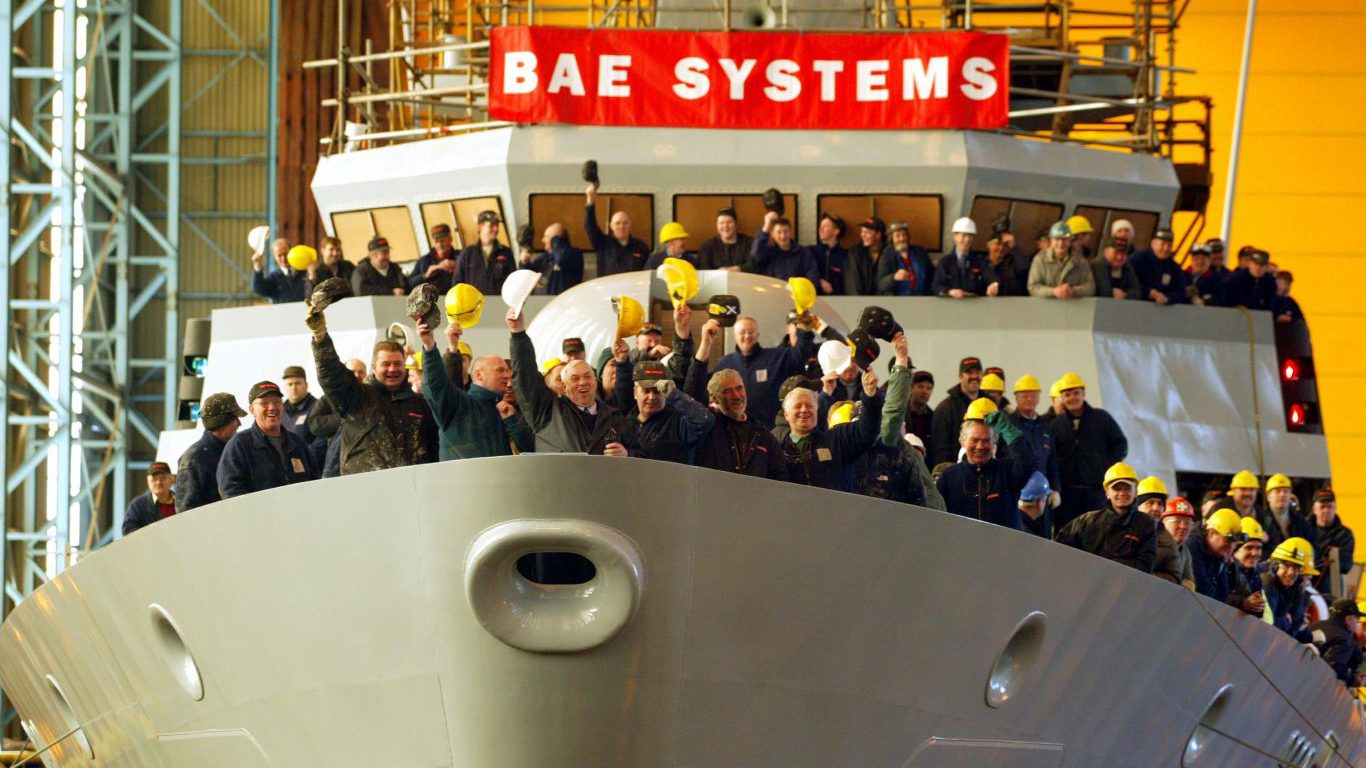 BAE Systems is the largest defense contractor in the United Kingdom, and the fourth largest in the world. Though headquartered in England, the company employs some 83,000 people worldwide, with a heavy presence in the United States, Saudi Arabia, and Australia. The company designs and builds fighter jets, surface combat vehicles, artillery systems, military electronics, and provides cyber security services.

While many companies on this list also have substantial commercial operations, BAE Systems is not one of them. Of the company’s $24.0 billion in revenue in 2016, nearly 95% came from arms sales and military services. 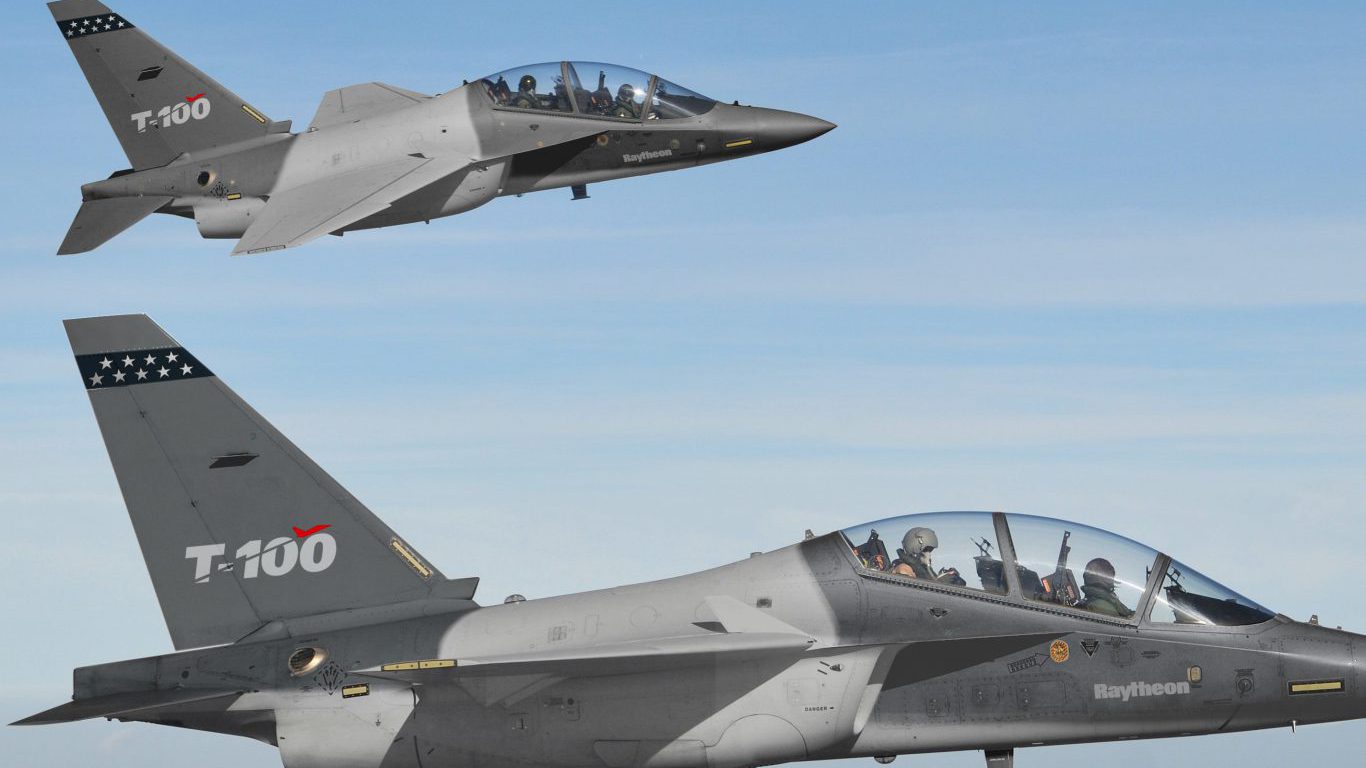 Raytheon was established in the early 1920s as a consumer electronics company. With the onset of WWII, Raytheon began producing critical components for British and American radars in addition to proximity fuses for anti-aircraft shells. Today, the Massachusetts-based contractor specializes in defense and cyber-security and ranks as the third largest arms company in the world.

The company also designs and manufactures a range of laser and satellite-guided missiles, torpedoes, and munitions — as well as missile defense systems. Over a dozen countries, including the United States, Germany, Japan, and Saudi Arabia, rely on the Raytheon’s Global Patriot Solutions missile defense system. The U.S. also uses the company’s more advanced Terminal High-Altitude Area Defense, which is capable of intercepting warheads as they re-enter the earth’s atmosphere. Earlier this year, the U.S. Department of Defense inked a $650 million contract with Raytheon to sell 280 SM-2 missiles — which are typically used to defend naval vessels from an aerial attack — to the Netherlands, South Korea, Japan, and Australia. 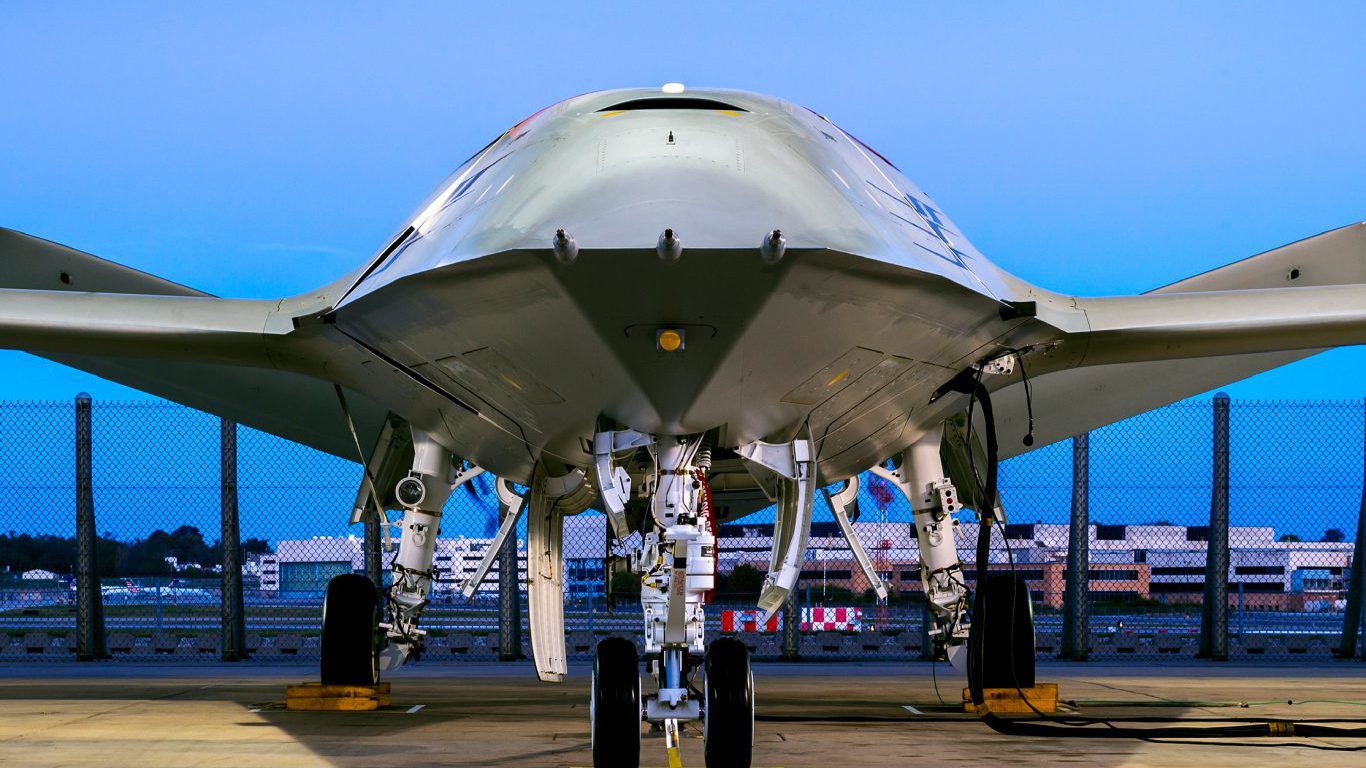 Chicago-based aeronautics company Boeing reported $29.5 billion in arms sales in 2016, the most of any company in the world after only Lockheed Martin. The U.S. Navy, Air Force, and Marines — in addition to allies abroad — rely on long-range munitions from Boeing’s Harpoon Weapon System. Boeing also manufactures and sells such fixtures in the U.S. arsenal as the Apache attack helicopter, the Chinook transport helicopter, the B-52 bomber, and the F-15 Eagle and F/A-18 Super Hornet fighter jets. 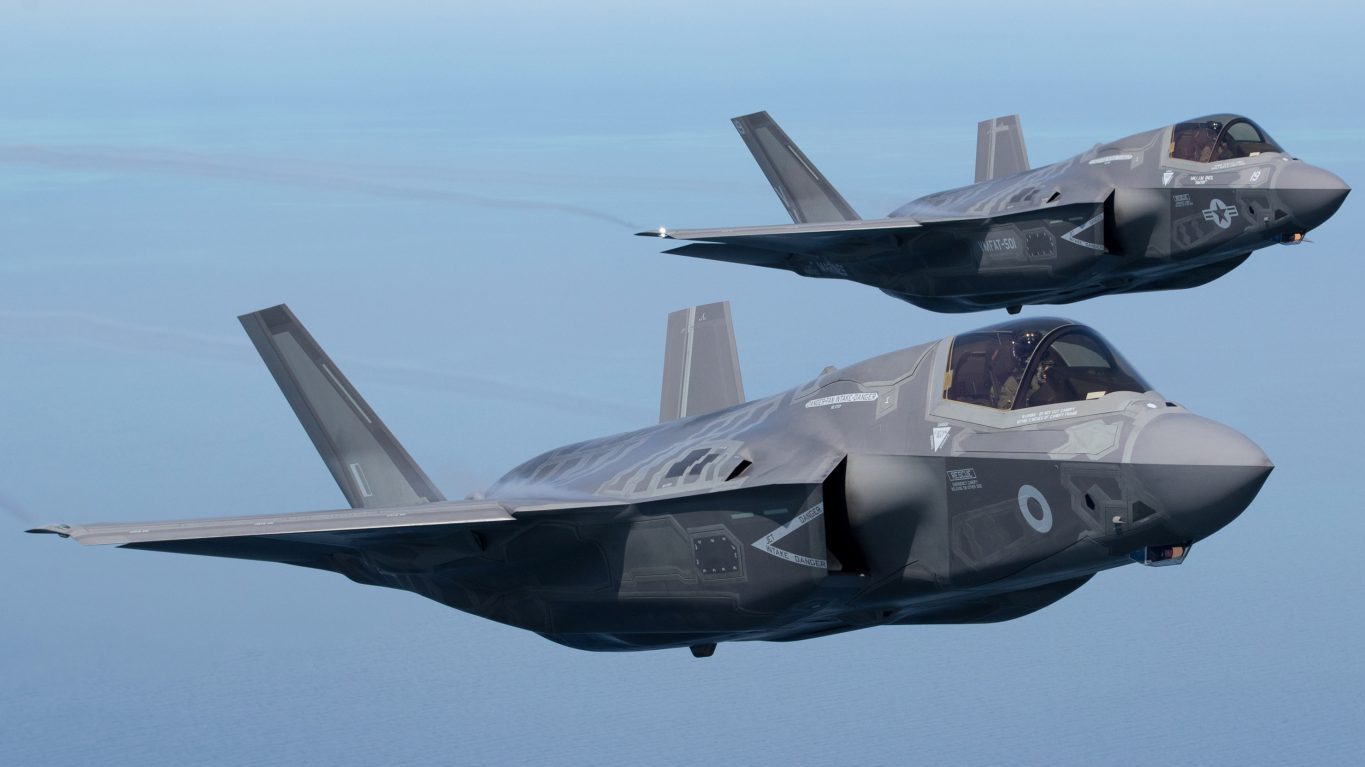 With over $40 billion in arms sales in 2016, Lockheed Martin is the largest defense contractor in the world by a wide margin. The vast majority of the company’s revenue came directly from the U.S. government. Lockheed’s F-35 Joint Strike Fighter in particular has been a boon. A 60-year deal for the stealth fighter jet is valued at an estimated $1 trillion — the most expensive weapons deal in Defense Department history. Lockheed sold 66 F-35 jets to the United States and its allies in 2017 and is projected to sell another 90 this year. The F-35 is one of the newer additions to the company’s lineup, which includes the F-22 Raptor and F-16 fighter jets, the C-130 Hercules airlifter, and following Lockheed’s 2015 acquisition of Sikorsky, the Black Hawk helicopter.