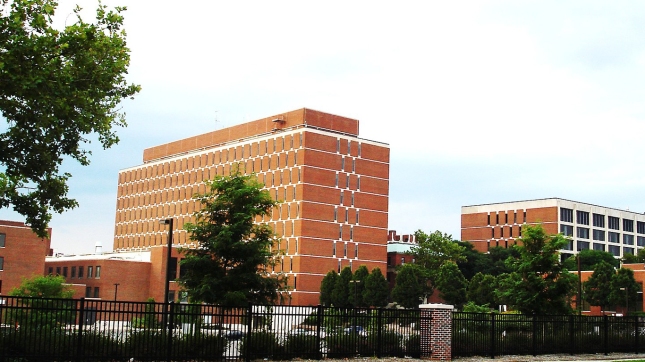 Battelle Memorial Institute is a nonprofit science and technology company that works in a variety of sectors, including energy, health and life sciences, national security, and laboratory management. While Battelle serves a range of private and corporate clients, nearly $2.5 billion of its revenue in 2016 came from various contracts with the federal government. Missile defense technology, tactical equipment, and defense systems against biological, chemical, radiological, and nuclear weapons are among the products and services the company sells to various government agencies, including the Department of Defense and the Army.

Leidos Holding is a science, engineering, and technology company. Its work includes the development of national security solutions for the U.S. Department of Defense, the U.S. Intelligence Community, and the U.S. Department of Homeland Security among others. For fiscal year 2017, 84% of the company’s total revenues came from the U.S. government – an increase from fiscal 2016’s 81%. In 2016, Lockheed Martin separated its information systems and global solutions business segment and merged it with Leidos, effectively making Leidos the largest IT provider working for the federal government.

UnitedHealth Group is a private health care company that offers health benefit plants for government workers, individuals, and small and mid-size businesses. Over $3 billion of the company’s revenue in 2016 came from contracts with government agencies to provide health care for their workers.

Though UnitedHealth Group is one of the largest government contractors, the company may see a dip in federal dollars in the coming years. In 2017, the company lost a lucrative contract with the Department of Defense to provide health care to veterans and current members of the armed services and their families in certain parts of the country to Centene Corp.

Health Net is a major contractor of Tricare, the health care program of the U.S. Department of Defense. Health Net became Tricare’s primary health provider in 1988 in a deal that at the time was the largest contract between the federal government and a health care provider. Since then, the DoD and Tricare have consolidated service regions and outsourced a larger share of their health care program to Health Net. Today, the company provides health care services to approximately 2.8 million active, retired, and National Guard and Reserve members, and their families across 21 states. Health Net was acquired by health care intermediary Centene in March 2016, which provides coverage to an additional 9.4 million members through Medicare, Medicaid, and commercial insurance programs.

The majority of defense contractor Harris Corporation’s annual revenue comes from government contracts. The company’s segments include an electronic warfare systems division and a communication systems division, which manufactures night vision and other networked and integrated communication products. Standing contracts with the government include lucrative deals with the U.S. Army, Air Force, and Special Operations Forces. In addition to the U.S. government, the company has clients in over 100 countries.