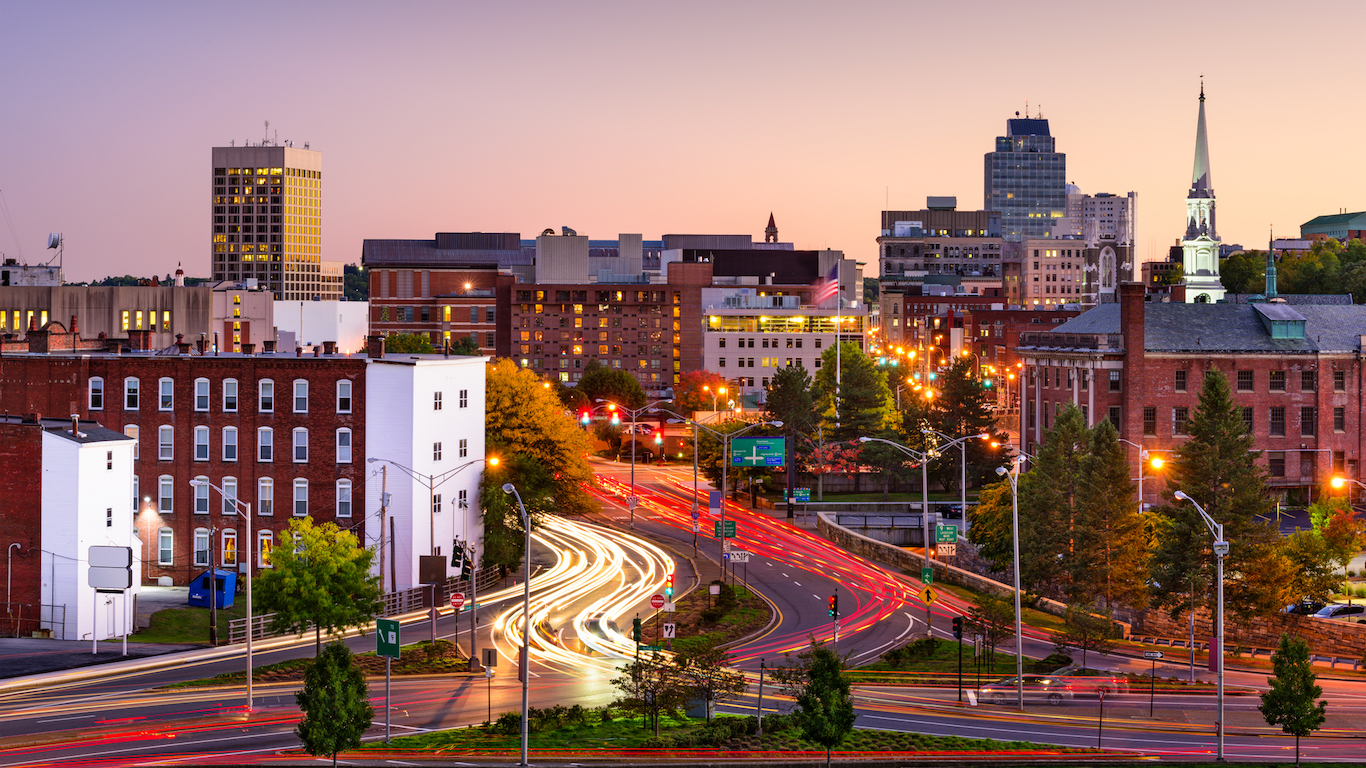 Since 2010, the share of the Worcester metro area’s poor population living in neighborhoods where at least 40% of the population live below the poverty line increased by 3.6 percentage points to 12.0%. The increase in concentrated poverty was more rapid than in all but 19 other metro areas nationwide. Over the same period, the number of Worcester neighborhoods in which at least 40% of the population are poor doubled from four to eight.

The poverty rate in the Jackson metro area climbed since 2010 from 17.9% to 19.7%. Over the same period, poverty also became more concentrated in Mississippi’s capital city. Over the same time period, the metro area’s concentrated poverty rate climbed by 3.7 percentage points. Though the concentrated poverty rate increased for both the city’s black and white residents, the sharpest increase was among Hispanics. Some 25.3% of Hispanics who live below the poverty line live in extremely poor neighborhoods, an 8.5 percentage point increase from 2010. 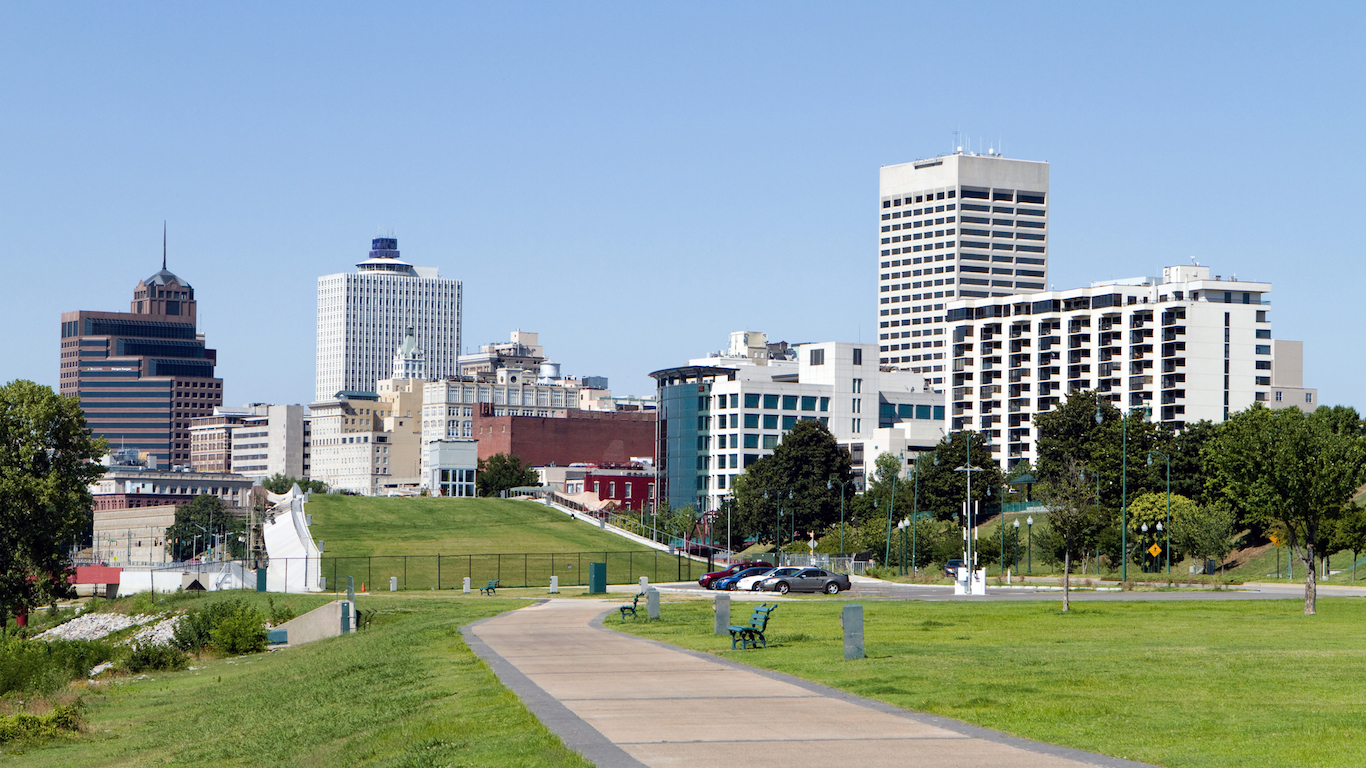 Economically depressed pockets of any city are more susceptible to high crime rates than more affluent areas. In Memphis, poor neighborhoods may account for a disproportionate share of the metro area’s near nation-leading annual violent crime rate of 1,082 incidents per 100,000 people. 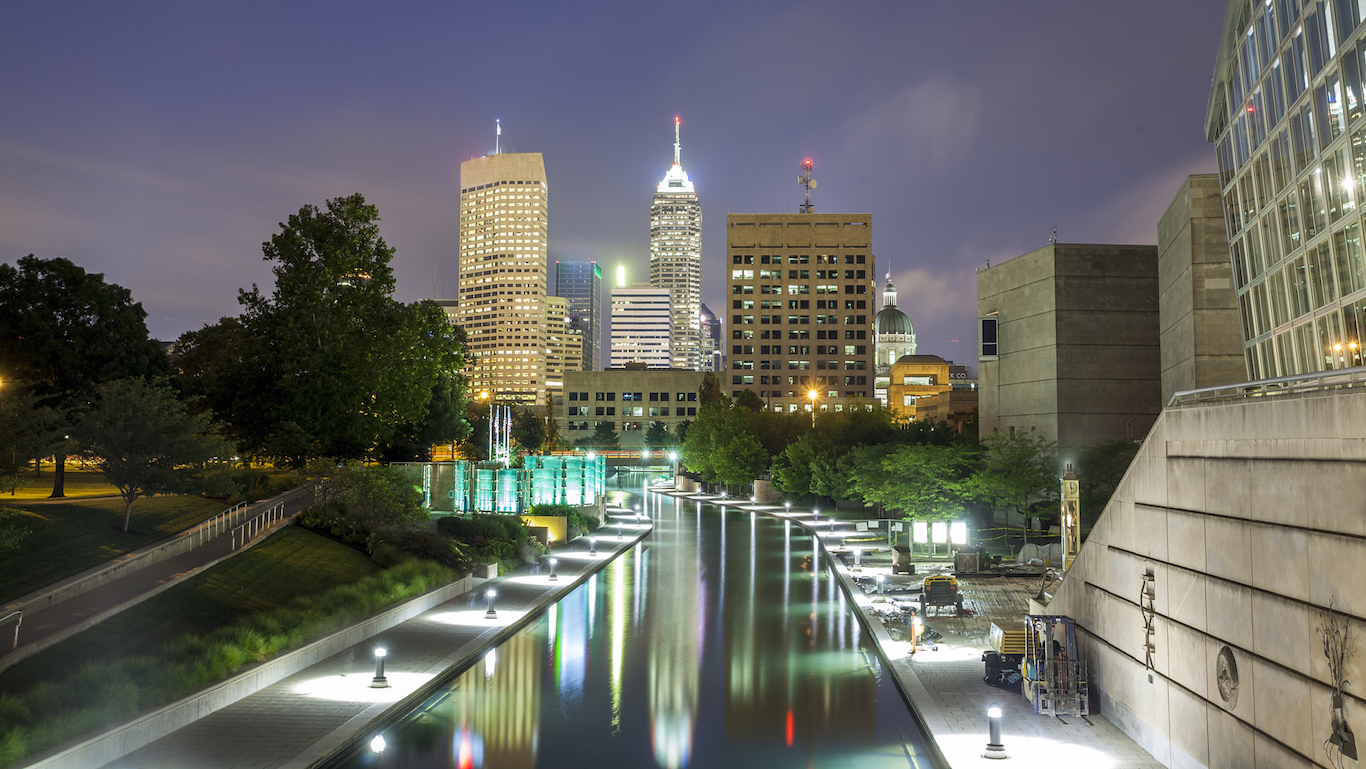 The concentrated poverty rate in the Indianapolis metro area climbed from 12.7% in 2010 to 17.1% in 2016 — a steeper percentage point increase than the vast majority of metro areas nationwide. As is the case in a number of cities on this list, the share of Hispanics living in pockets of extreme poverty increased faster than any other ethnic group. Fewer than 13% of poor Hispanics lived in neighborhoods with highly concentrated poverty in 2010. By 2016, nearly 25% did.

Economic opportunity is often scarce for residents of extremely poor neighborhoods. In the poorest parts of Indianapolis, the unemployment rate of 17.4% is well above the 6.5% rate in the city’s more affluent neighborhoods. 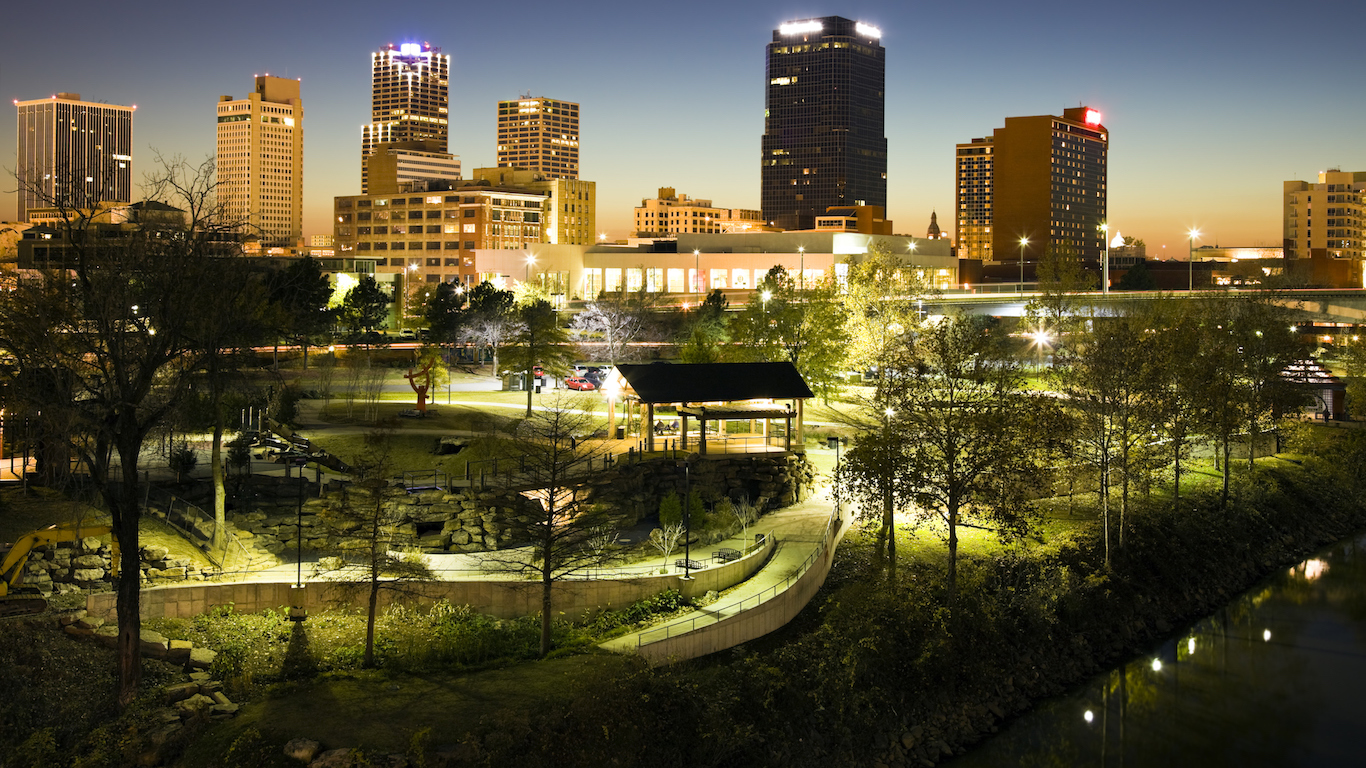 Concentrated poverty is expanding faster in the Little Rock metro area than in all but 15 other metro areas nationwide. As recently as 2010, 9.6% of the poor population in and around the Arkansas state capital lived in highly poor neighborhoods, below the comparable 13.2% share nationwide. As of 2016, 14.0% of Little Rock’s poor population lived in high poverty neighborhoods, a larger share than the 12.9% of America’s poor that same year.