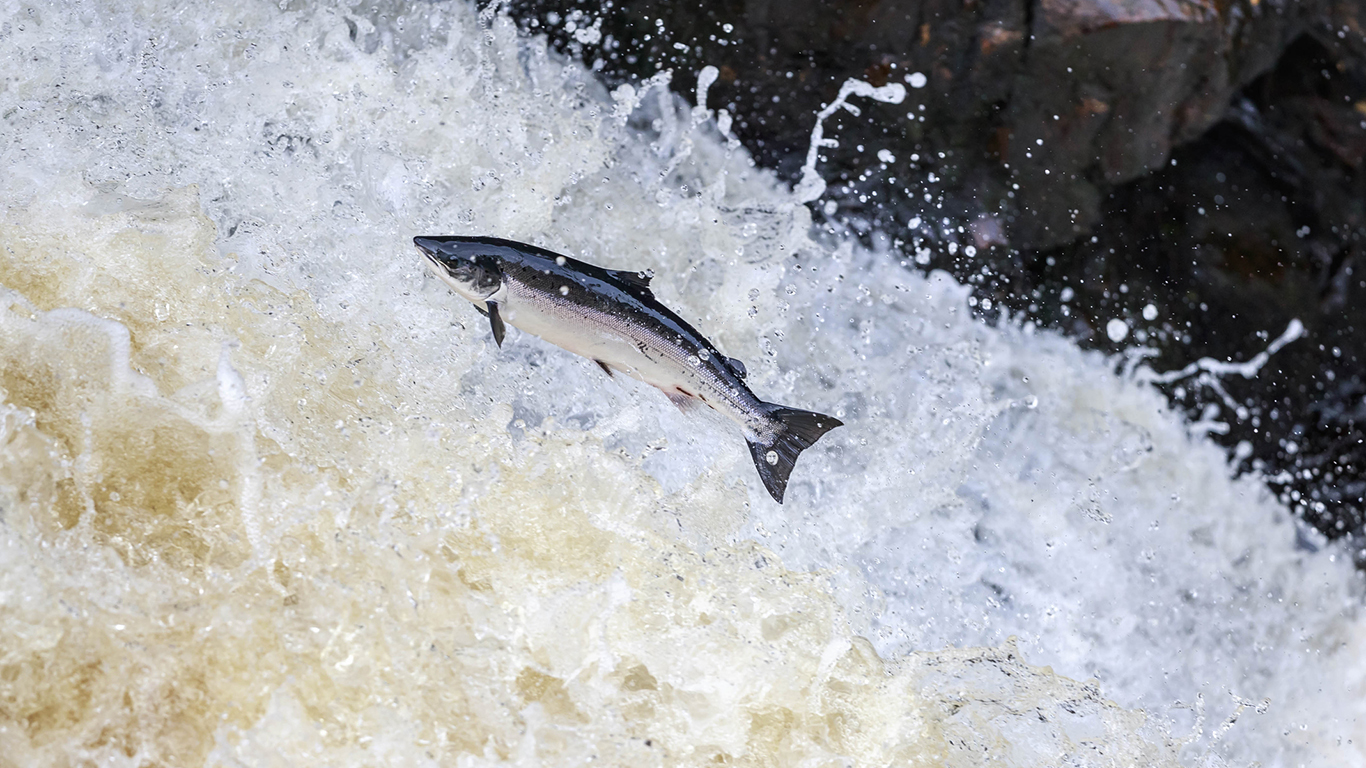 Whirling disease is a parasitic microbe that infects salmon and trout specifically. The disease gets its name from the whirling swimming behavior of the fish after being infected as the parasite eats away the fish’s cartilage and causes skeletal deformities. Infected fish often cannot eat properly and are more susceptible to predation. 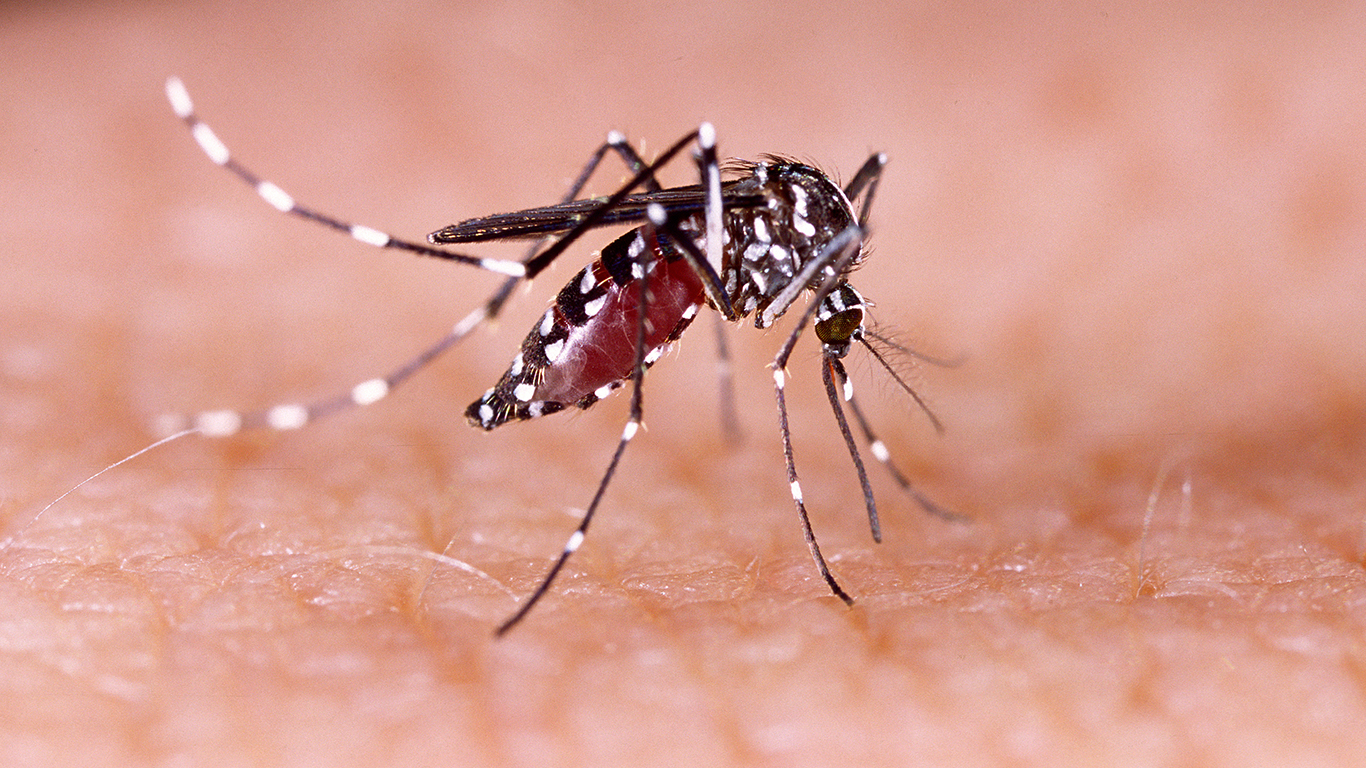 A major outbreak of Zika in Brazil in 2015 ahead of the 2016 Summer Olympics affected more than 200,000 people and made headlines worldwide. The virus, which is transmitted by mosquitoes, spread to several other countries, including the U.S., with reports of the virus infecting people in every state.

Researchers found that the virus likely entered the U.S. on at least four separate occasions. It first broke out in Florida in 2016. While the symptoms of Zika are mostly quite mild, for pregnant women there can be potentially severe fetal complications. The virus can cause microcephaly, a birth defect where the baby’s head is far smaller than expected. Depending on the severity, microcephaly can cause developmental delays and seizures among other problems. 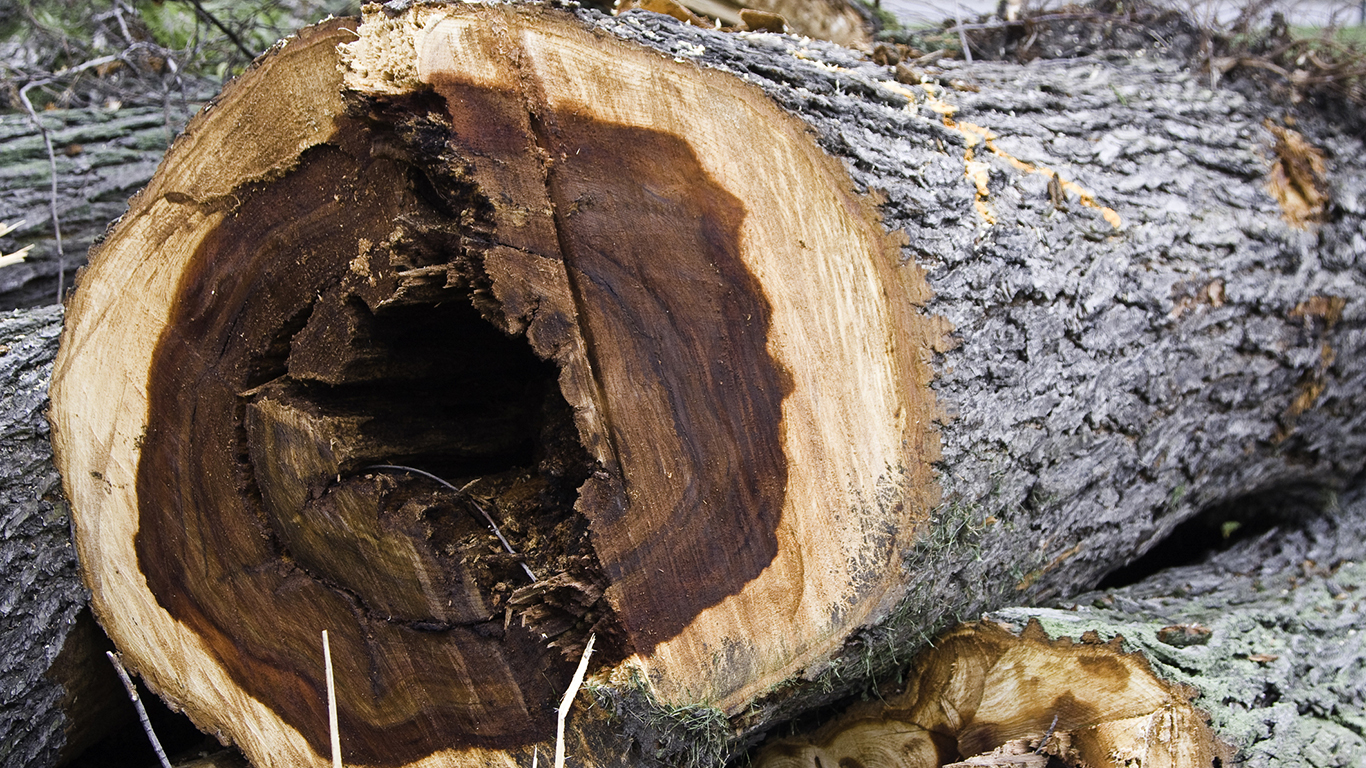 This fungal disease directly impacts American elm trees. It was accidentally introduced to the U.S. in the 1930s by logs imported from Europe that had been affected by the disease. Cleveland, Ohio, recorded the first case of the fungus destroying American elms in 1930. Just two years after that, the fungus had spread to the East Coast and began wiping out American elms in New Jersey. By 1970, the fungus had killed 77 million trees. 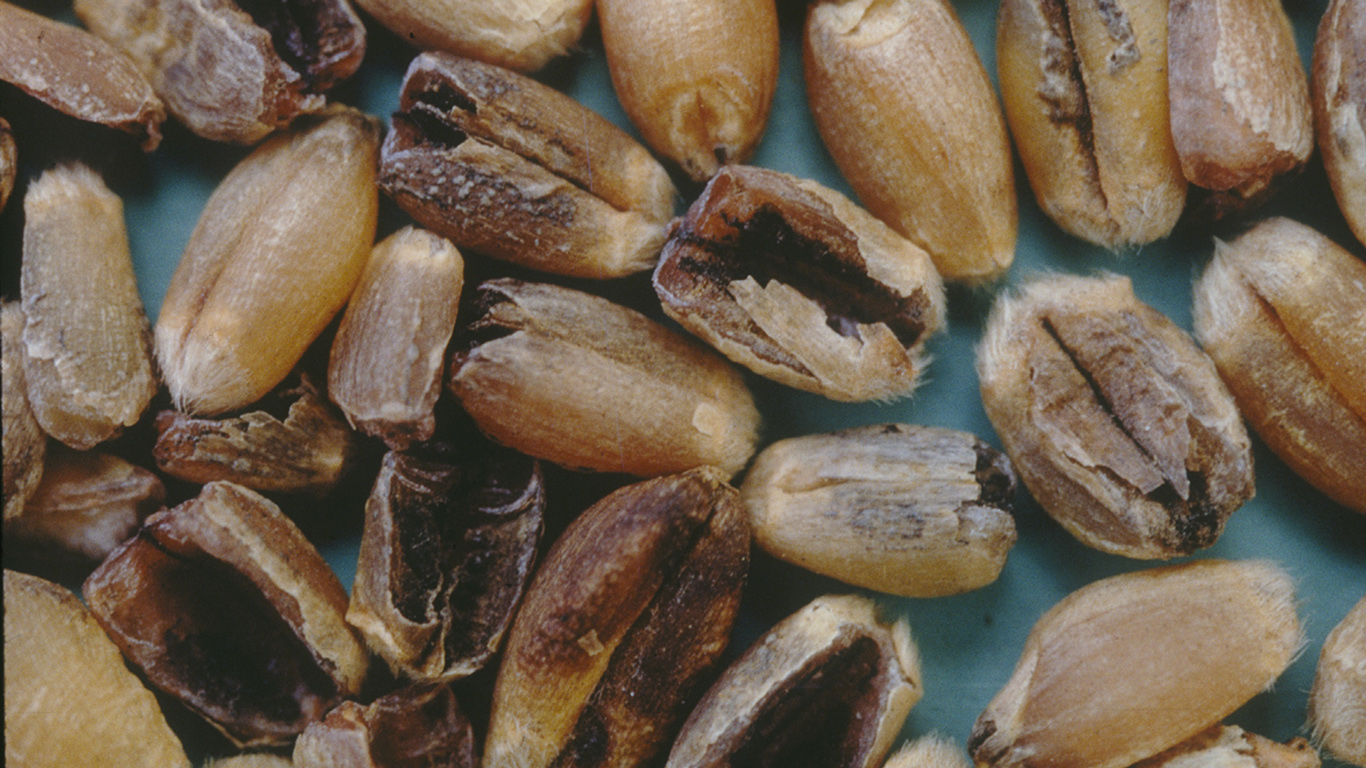 Karnal bunt is a fungal disease that infects wheat, ultimately reducing the quality and yield of the crop. Ever since its introduction in the U.S., the fungus has become an issue for wheat exporters. Many of the country’s trading partners will not accept wheat from the U.S. unless it’s certified to have been grown in areas where the disease has not struck. 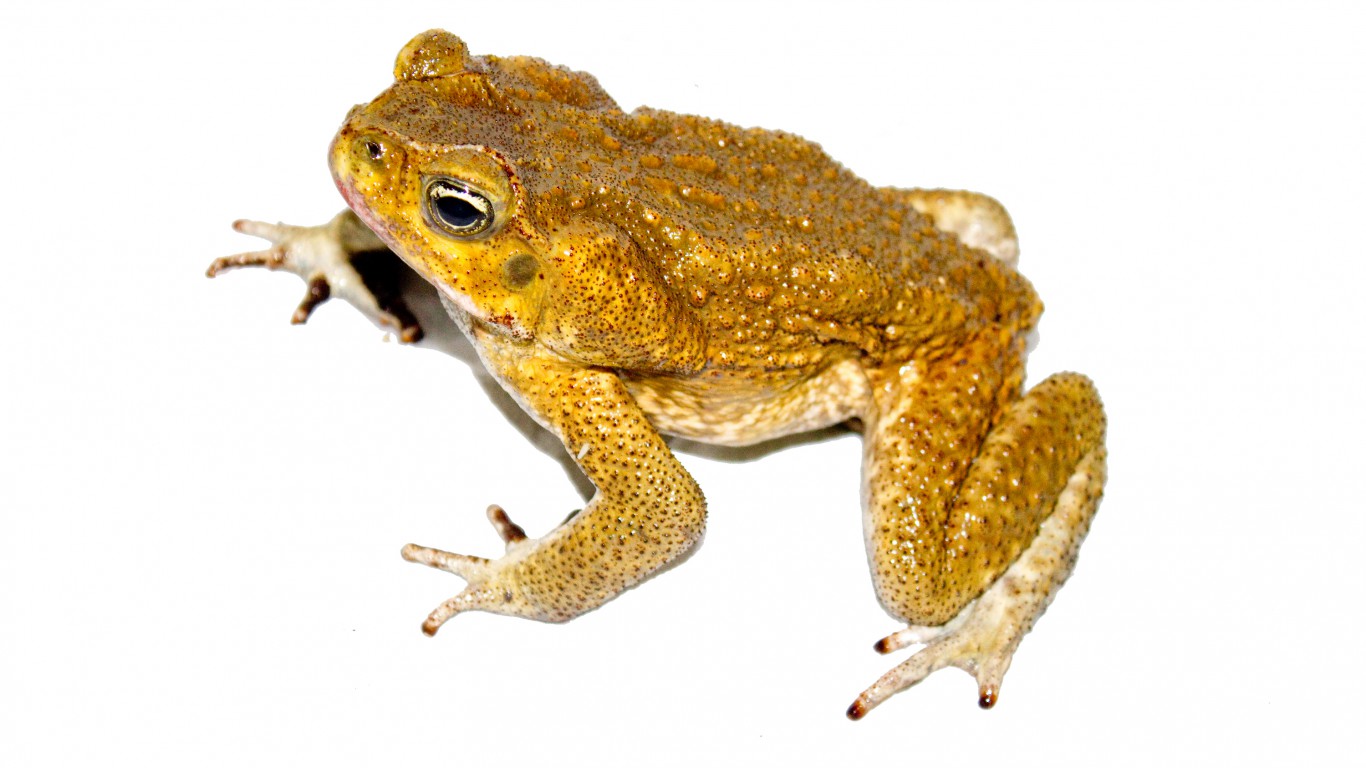 Ironically, the cane toad was introduced to the U.S. in 1936 as a way to fend off agricultural pests in sugar cane fields in Florida. It wasn’t long until the cane toad became a pest itself. While not aggressive, this particular toad’s defense mechanism lies within the glands on its neck and shoulders, which produce a highly toxic chemical called bufotoxin that can kill an animal if ingested. As a result, the cane toad is a threat to several native species and pets.