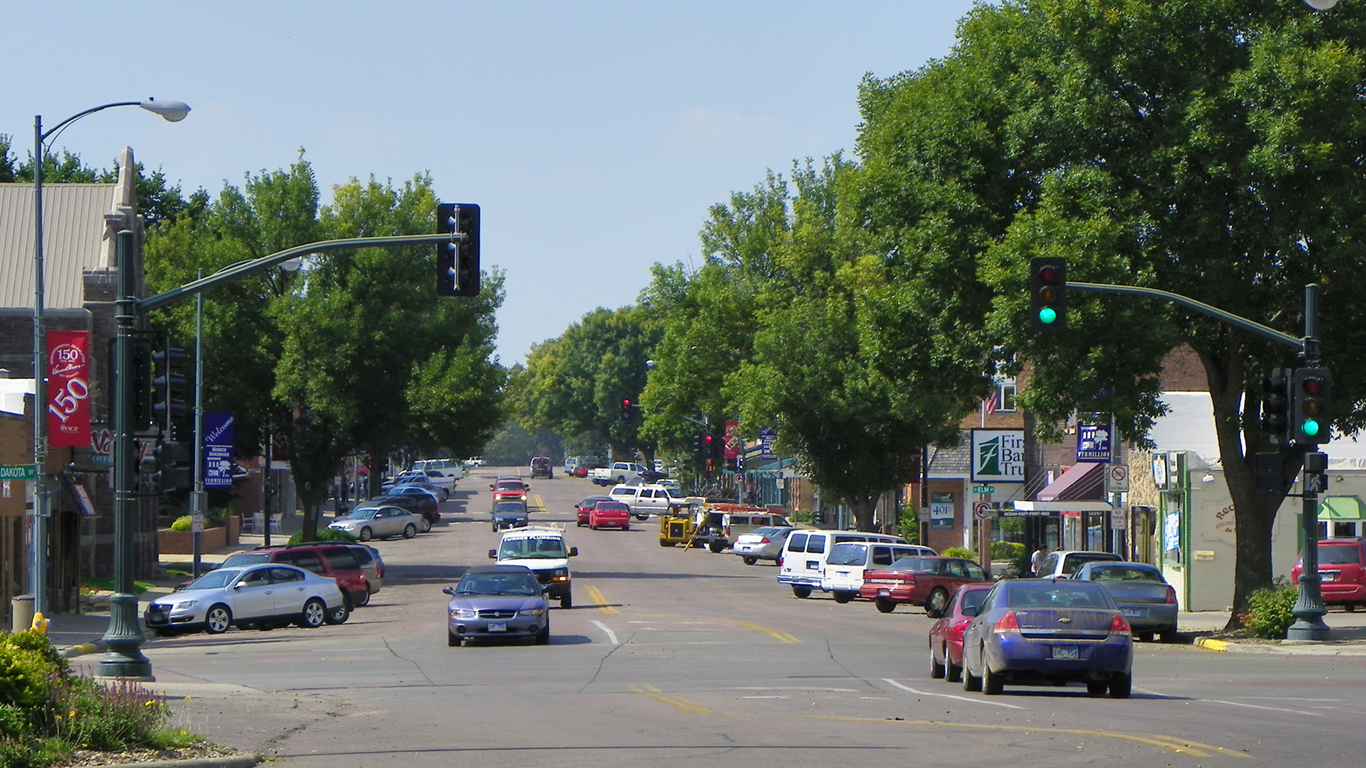 Of South Dakota’s 18 towns and cities with a population of at least 1,000 residents, 13 have a median annual household income below the national median of $55,322. None, however, has a lower typical household income than Vermillion, where the typical household brings in $31,155 annually. One positive for residents of Vermillion and of South Dakota’s other poor areas: money goes further than it would in most other parts of the country. Goods and services in the South Dakota are the fourth cheapest of all states. 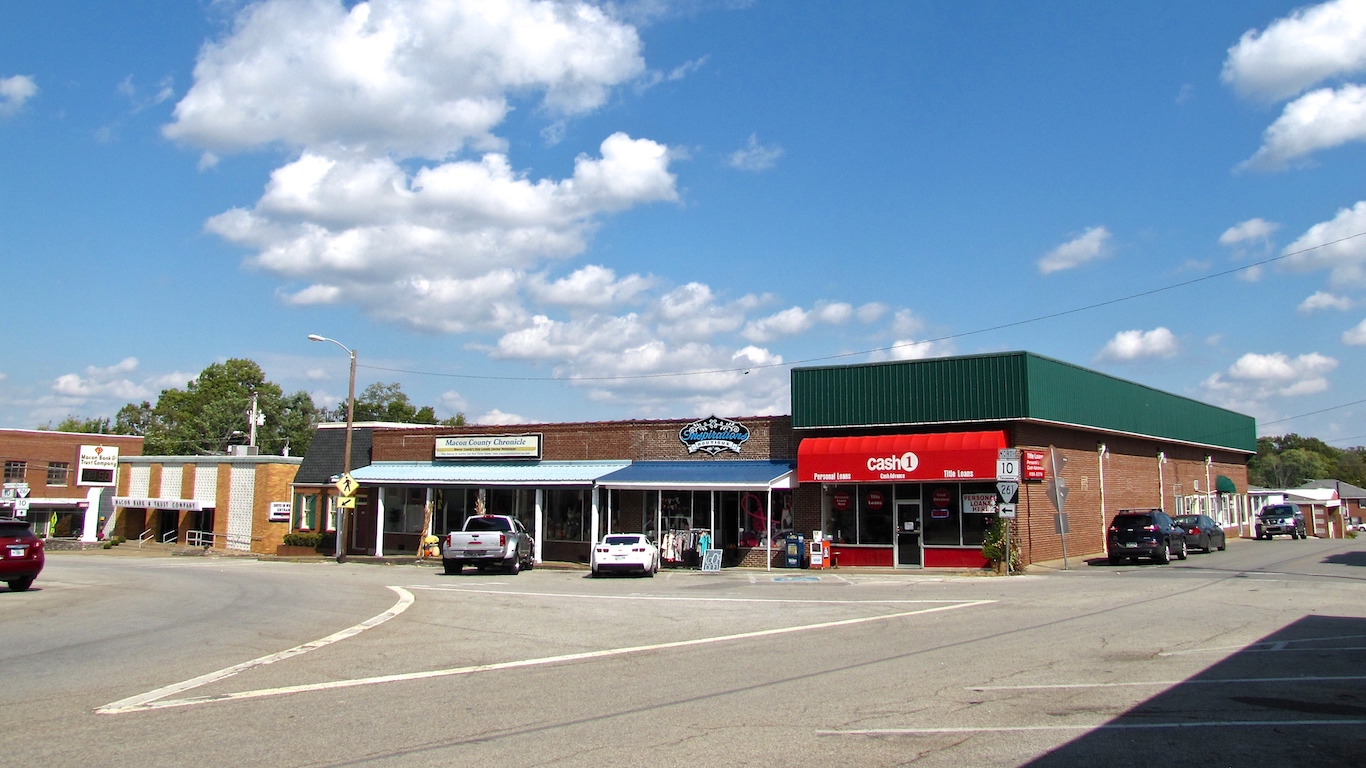 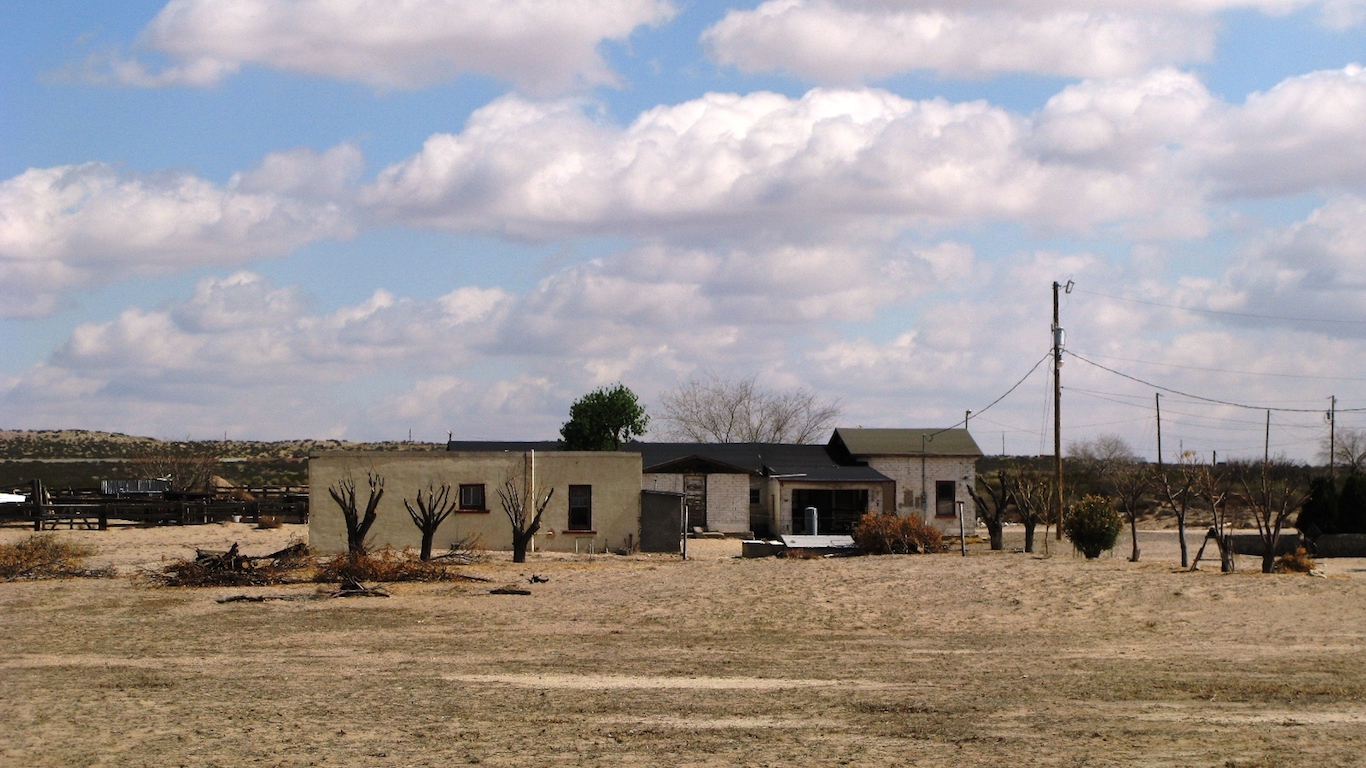 Fabens is the only town in Texas where over half of all households live on less than $25,000 a year. Fabens’ 48.8% poverty rate is also the highest of any town in the state and nearly three times the 16.7% poverty rate across Texas.

The area’s low incomes are reflected in area property values. The typical home in Fabens is worth just $61,600, less than half the median home value in Texas of $142,700 and about a third of the national median home value of $184,700. 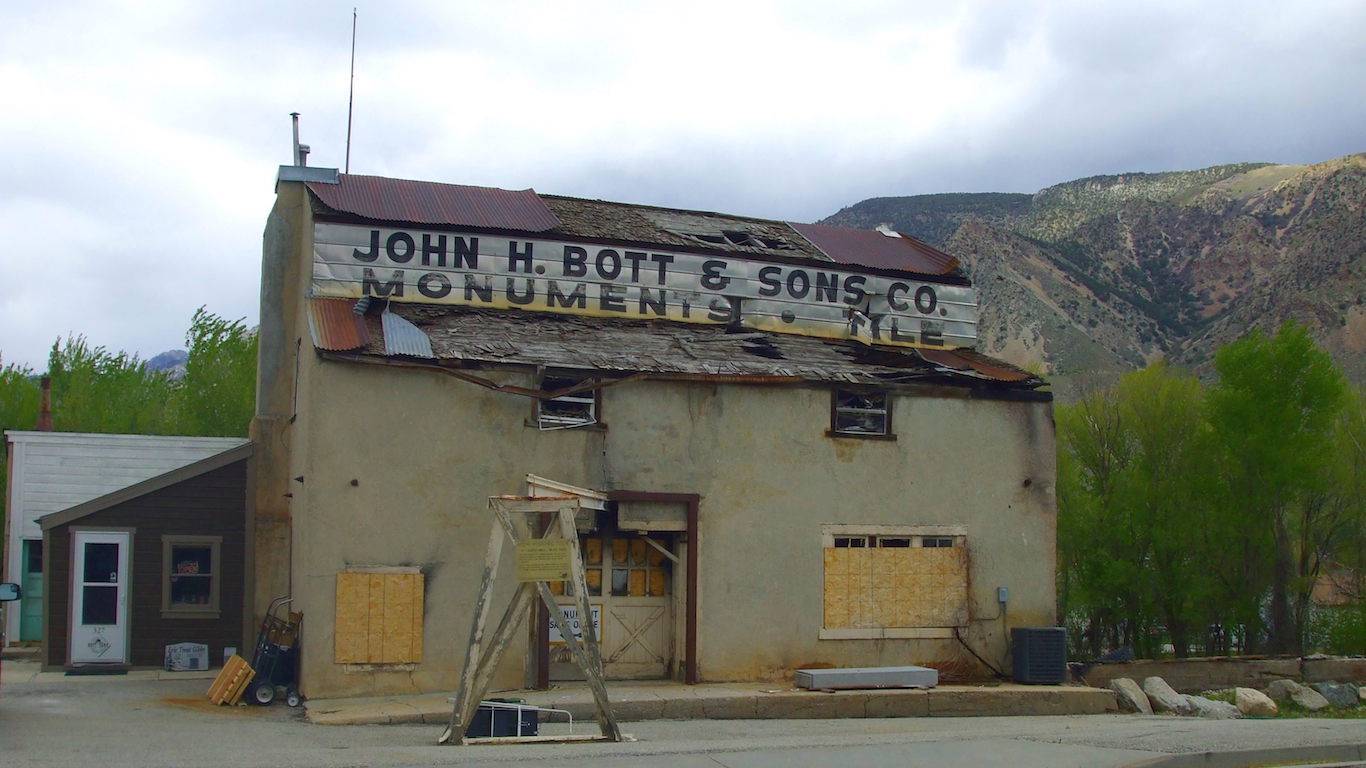 Utah is one of the wealthier states in the country. Of the state’s 35 towns and cities with populations between 1,000 and 25,0000, all but four have median annual household incomes higher than the national figure of $55,322. Of those, the median income in most is greater than $75,000. Brigham, one of the state’s few low-income towns, the median income is below the national figure. However, with a median income of $47,675 a year, the city is wealthier than all but four towns on this list as well as wealthier than one-third of the towns and cities with between 1,000 and 25,000 residents. 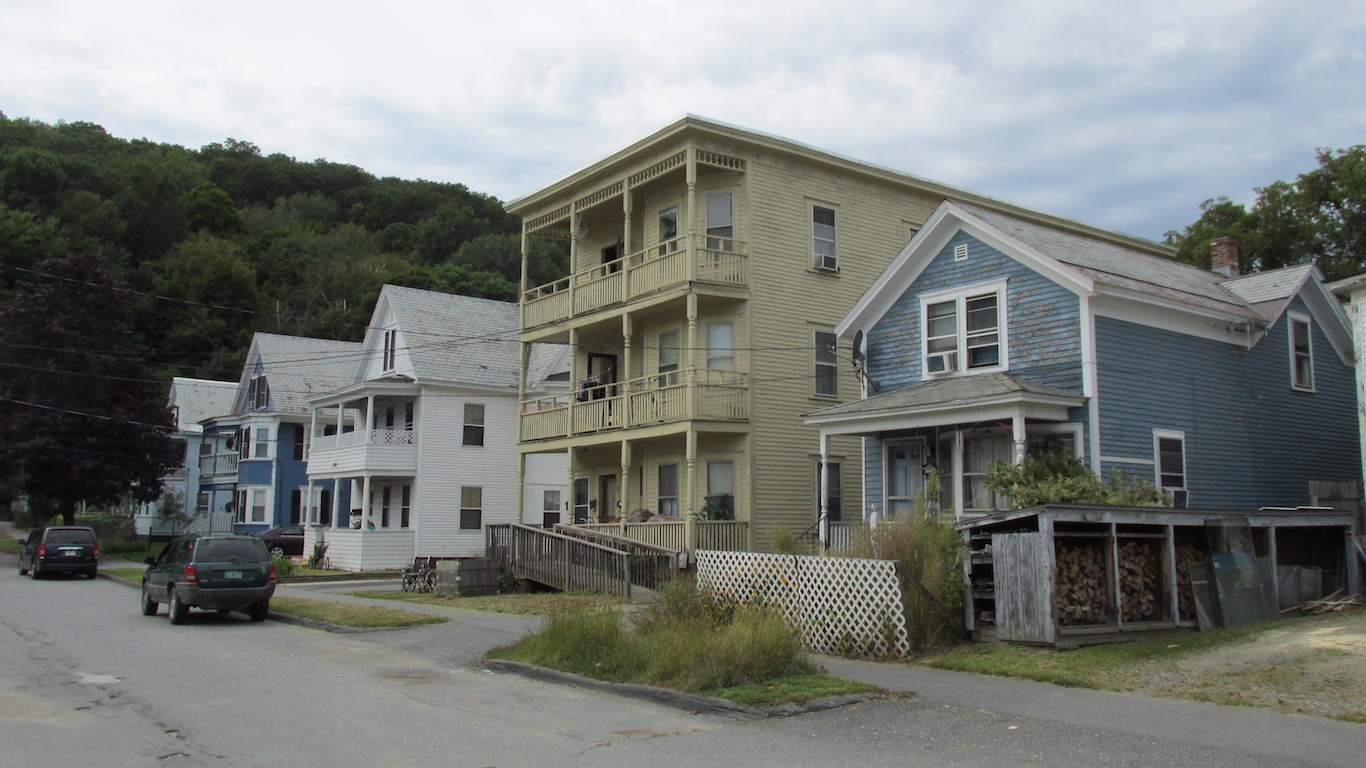 Vermont’s median annual household income of $56,104 is in line with the median income nationwide of $55,322. However, not all parts of the state are as high earning. In Bellows Falls, the poorest town in the state, the typical household earns just $31,963 a year. Due to low incomes, a relatively large share of households rely on SNAP benefits. The 32.5% SNAP recipiency rate in Bellows Falls is more than double the statewide recipiency rate of 13.6%.