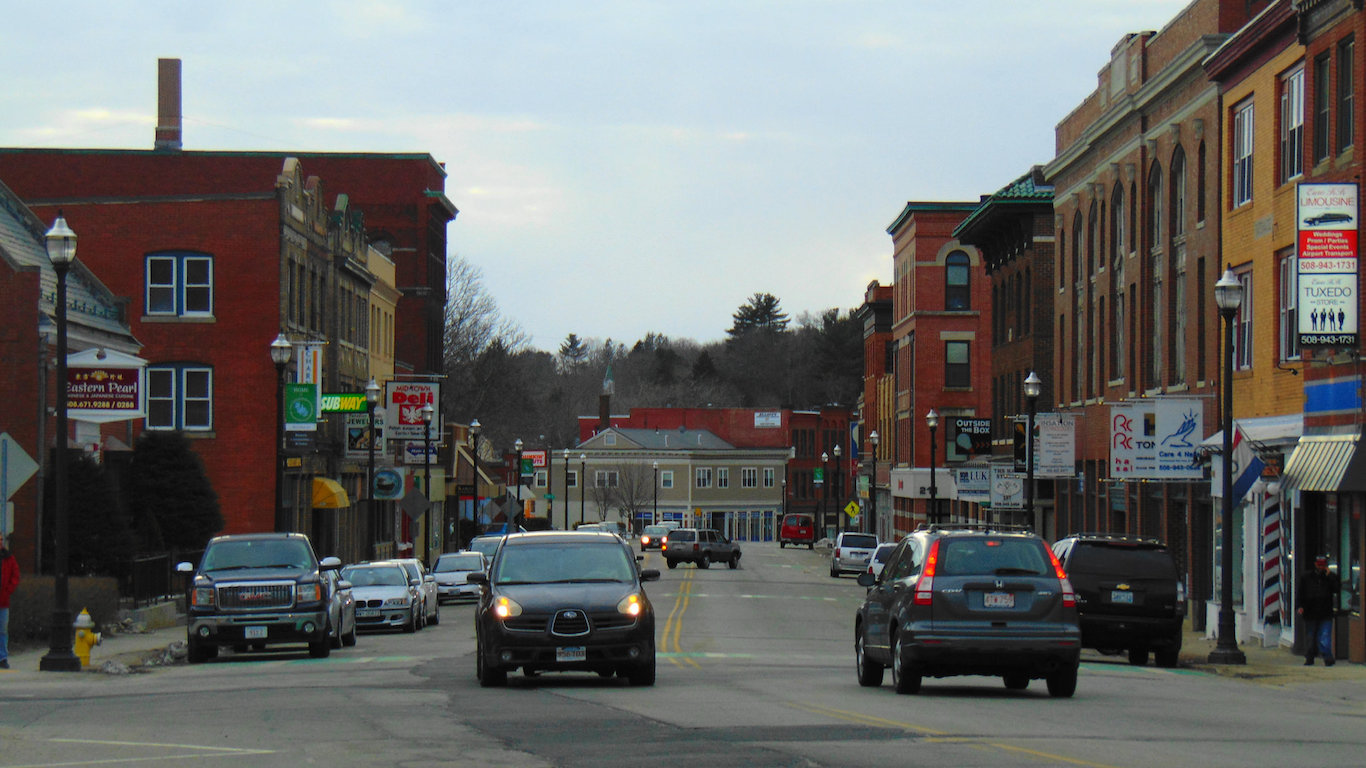 With a median annual household income of nearly $71,000, Massachusetts is a relatively wealthy state. Compared to most towns on this list, Webster is not especially poor. The typical Webster household earns $44,846 a year, or about $10,500 less than the typical American household. Additionally, the town’s 16.8% poverty rate — while considerably higher than the 11.4% statewide rate — is only slightly higher than the 15.1% poverty rate nationwide.

ALSO READ: The Most Important Civil Rights Leaders of the 20th Century 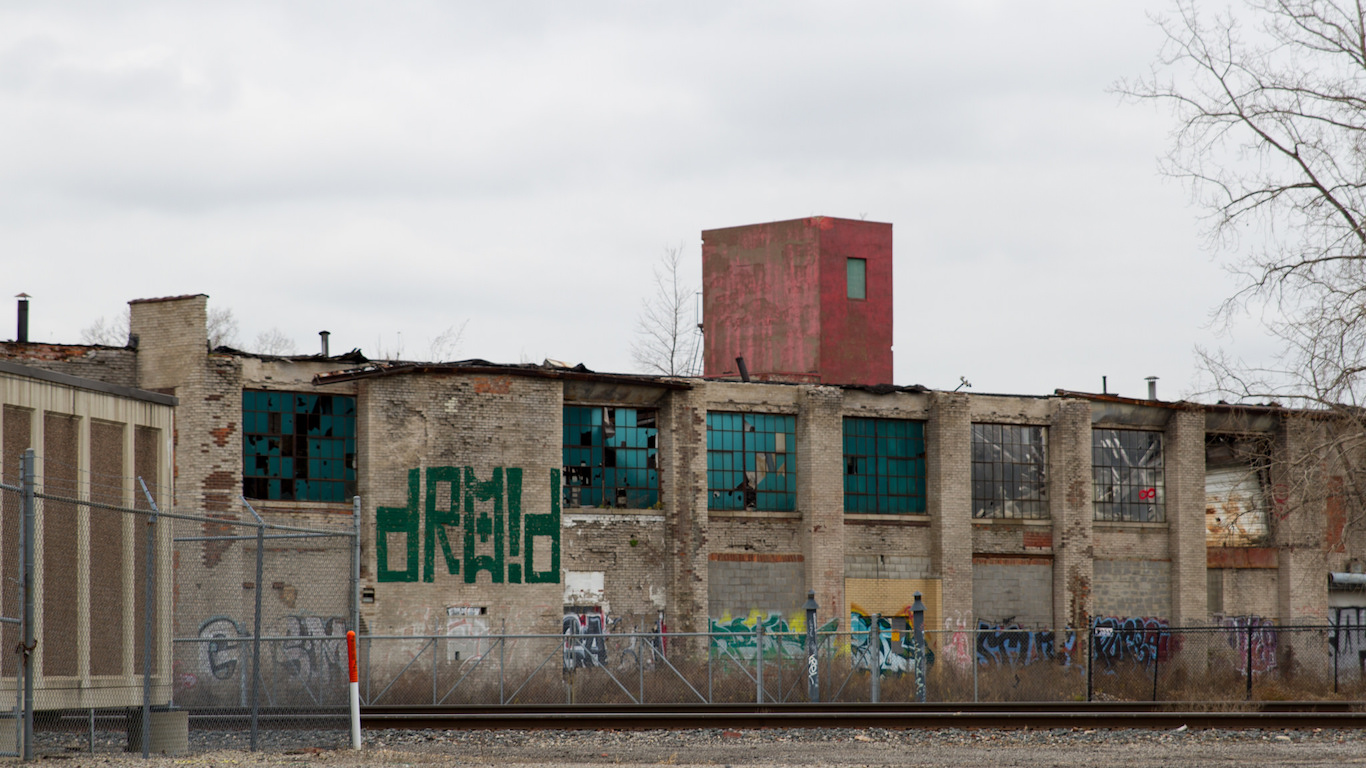 In Hamtramck, the poorest town in Michigan, about half of the population lives below the poverty line. Hamtramck is also the only town in the state where most households earn less than $25,000 a year. Due to low incomes in the area, a relatively large share of residents rely on government assistance to afford food. Some 44.0% of area households receive SNAP benefits, the largest share of any town in the state and more than double the comparable 15.9% recipiency rate across Michigan. 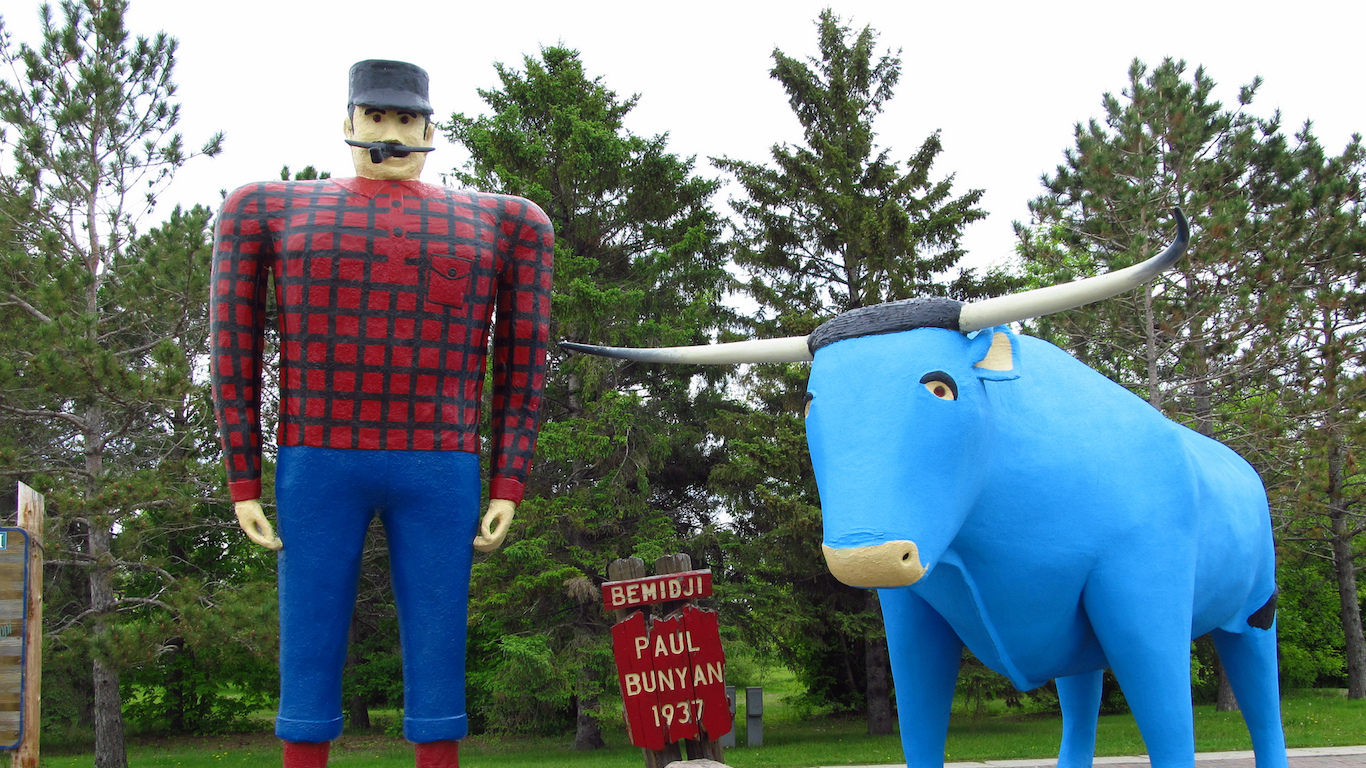 With a median household income of $33,680 a year, Bemidji is the poorest town in Minnesota. A disproportionately high 24.1% of area residents live on poverty level income, more than double the statewide poverty rate of 10.8%.

In most of the towns on this list, educational attainment rates are relatively low, but Bemidji is an exception. An estimated 30.2% of adults in the town have a bachelor’s degree, in line with the 30.3% of adults nationwide. 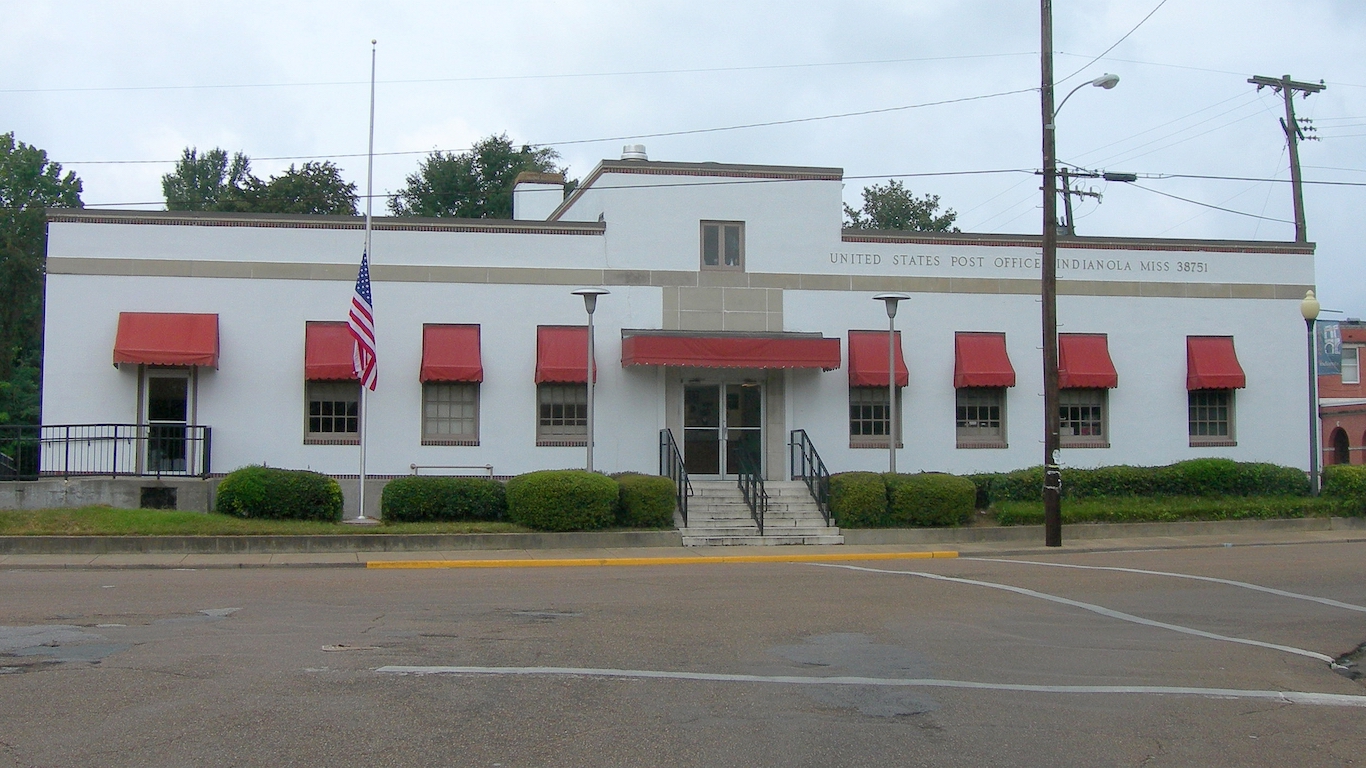 Indianola, Mississippi, is the poorest town in the poorest state. The typical area household earns just $26,479 a year compared to the median income in Mississippi of $40,528 a year and the median income nationwide of $55,322 a year. Because so many residents live on so little, many depend on government assistance to afford food. Some 32.3% of households in Indianola receive SNAP benefits compared to 18.0% of Mississippi households and 13.0% of American households nationwide. 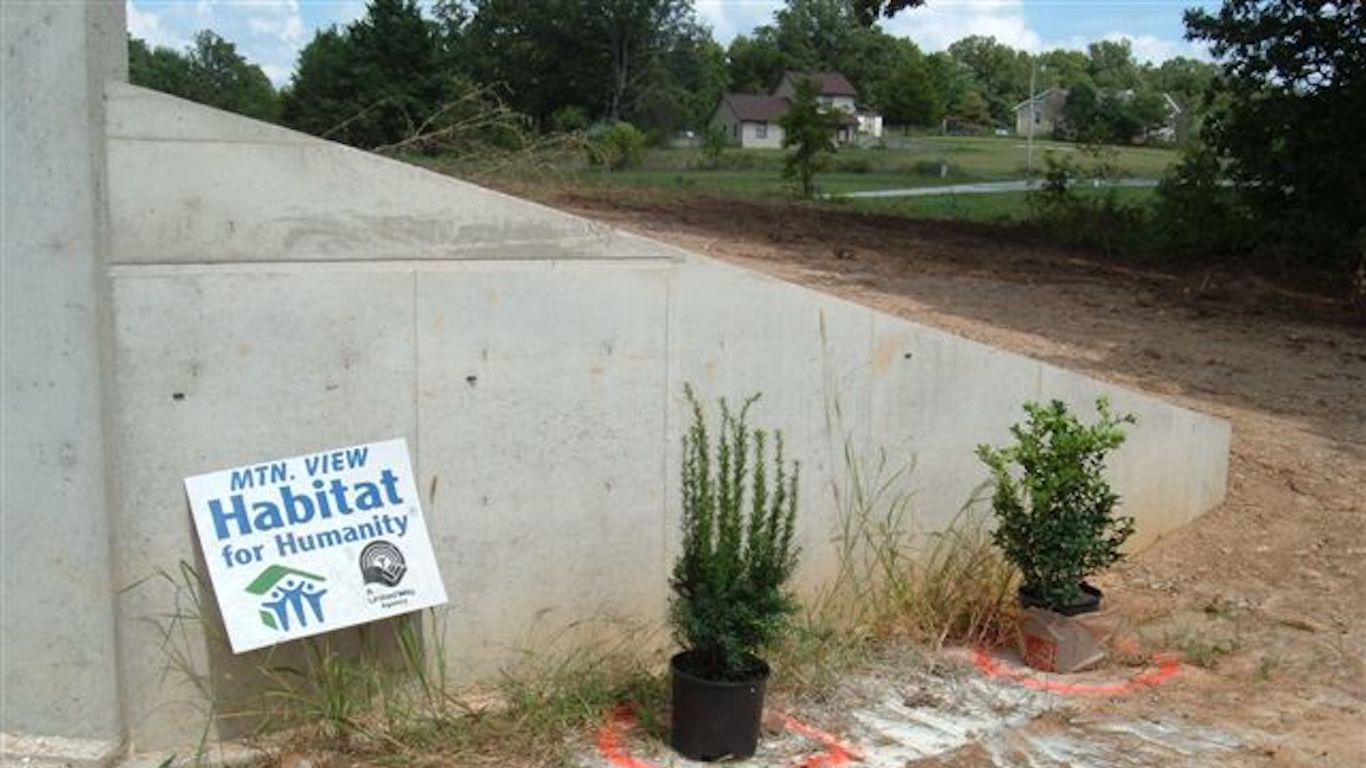 More than one in every four residents of Mountain View, Missouri’s poorest town, live below the poverty line — well above the 15.3% statewide poverty rate. Across the United States, poor towns tend to be home to relatively small shares of college educated adults, and Mountain View is no exception. Just 8.9% of adults in the town have a four-year college degree, one of the smallest shares nationwide and less than a third the comparable 27.6% bachelor’s degree attainment rate across Missouri as a whole.