Tulsa had 72 homicides, 439 rapes, and 2,845 aggravated assaults reported in 2016. All three figures ranked among the 30 highest in their category for that year. Yet the city is only the 47th most populous in the country among cities with available crime data. While some places have high rates of certain categories of violent or non-violent crimes, Tulsa appears to have a problem with every major type of crime. The city ranks among the worst in each of the four components of violent crime, as well as burglary, larceny, and motor vehicle theft. 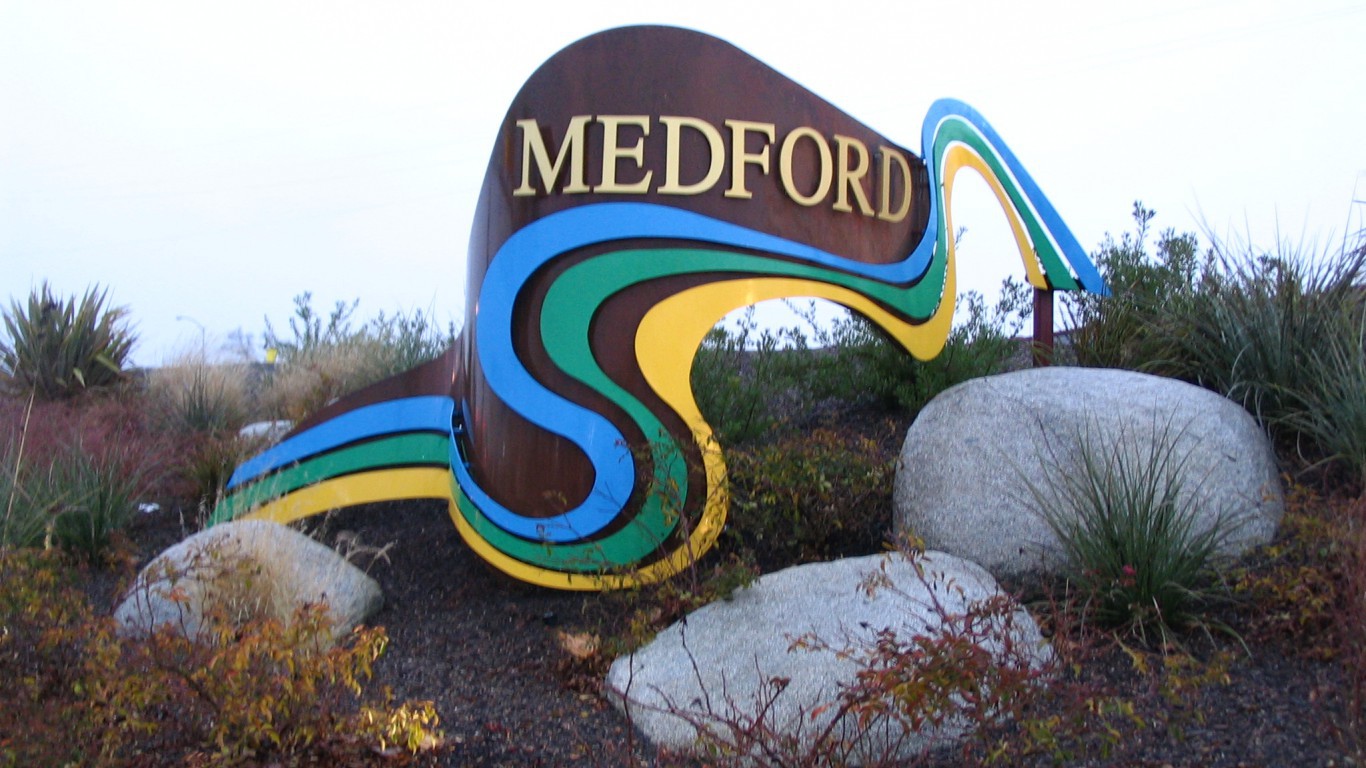 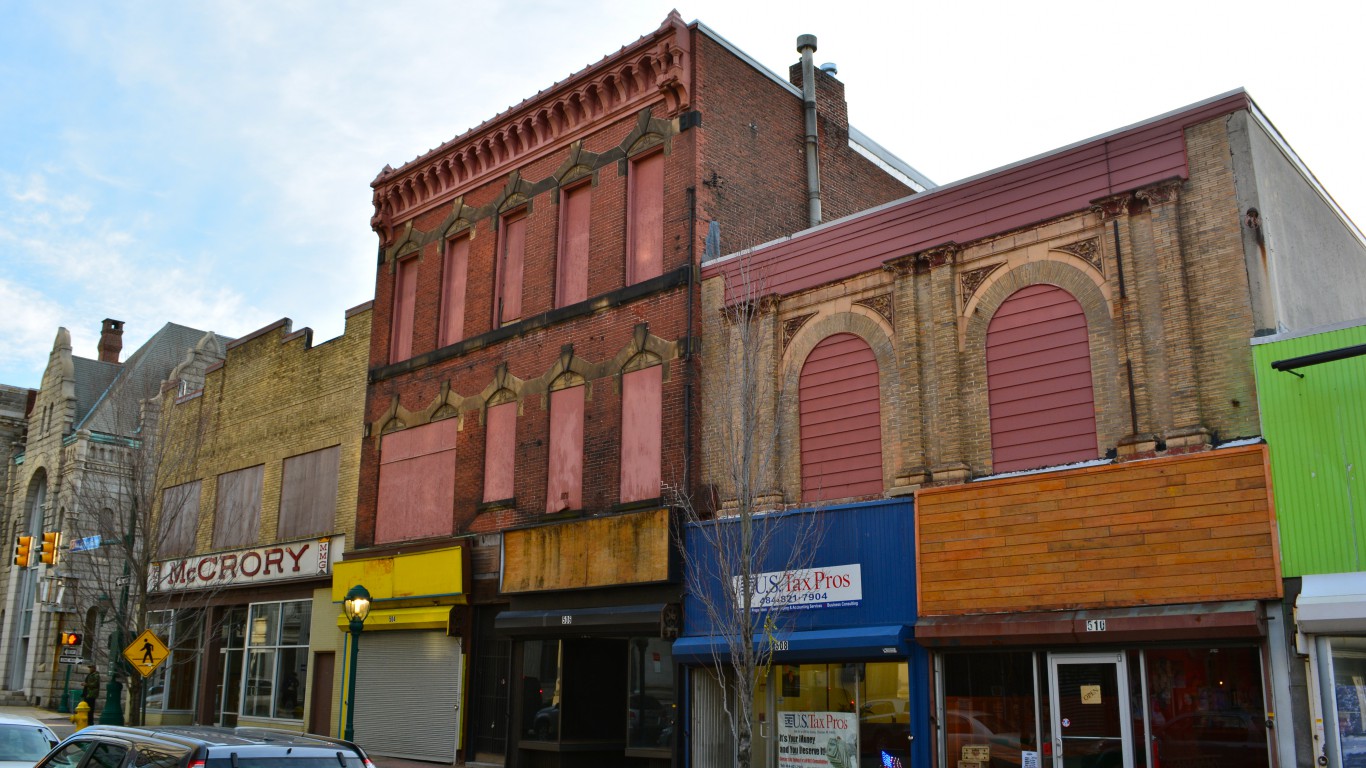 Chester, Pennsylvania, had 23 murders and nonnegligent manslaughters reported in 2016. While that may not sound like much considering that cities like Chicago and New York would record as many murders in less than two weeks, Chester is a city of just 34,000 people. The average population of a city reporting at least 20 homicides in 2016 was 617,000. Together with the other violent crime categories, there were 513 violent crimes in the city in 2016 for a violent crime rate of 1,571 per 100,000 — one of the highest of U.S. cities.

The city is taking active, holistic measures to reduce the incidence of violence. Thanks to funding from a Justice Department program, non-profits in the area have been working with the police in high crime neighborhoods aiming to help reduce crime by taking measures such as equipping parks with better lighting. 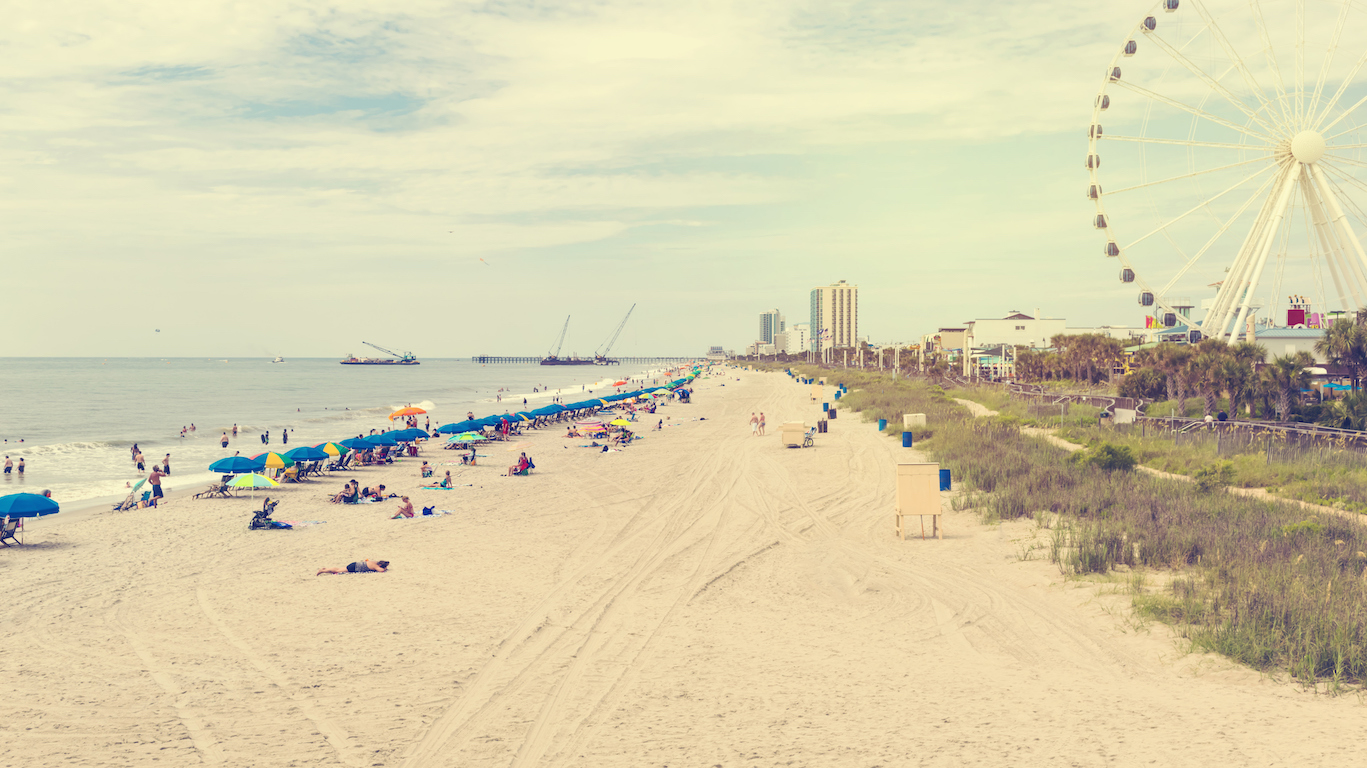 Myrtle Beach, South Carolina, is one of the most popular tourist destinations in the United States. The city has of just 31,864 people had a record 18 million tourists in the summer of 2016 alone. Alcohol consumption can often lead to violent crime incidence, and Myrtle Beach is a popular spring break destination, where young Americans to come drink alcohol. This likely contributes to the area’s extremely high violent crime rate.