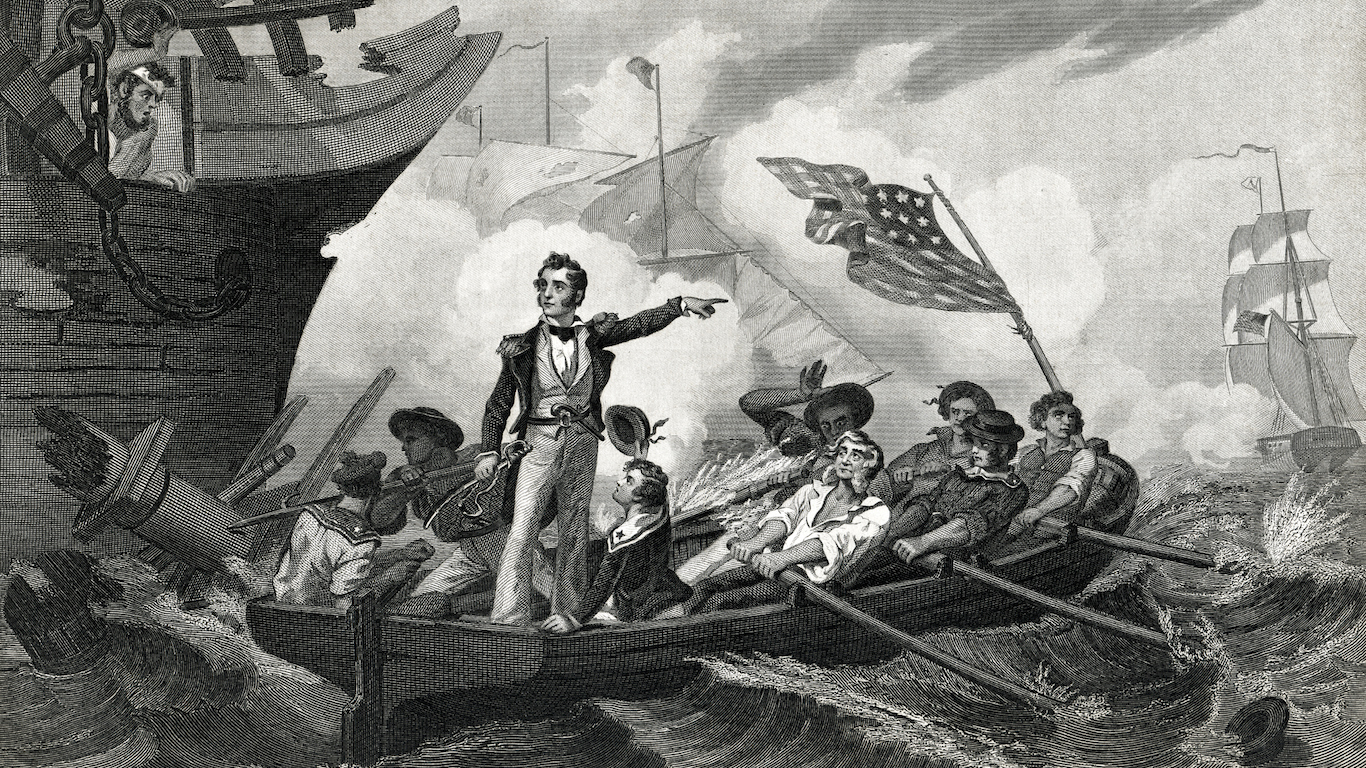 The newly created American nation was in dispute with the British Empire in the early 19th century. The United States claimed the British were trying to limit trade and were forcing U.S. sailors to serve in the Royal Navy, grievances related to Britain’s war with France. The United States also had ambitions to expand into British-controlled Canada. The U.S. was rebuffed in its invasion of Canada and suffered other defeats, including the capture and burning of Washington, D.C. Even so, the United States withstood a British naval bombardment at military installations in Baltimore and defeated the British in New Orleans. The Treaty of Ghent ended the nearly three-year-long war, with the United States retaining its sovereignty, but America was prevented from expanding northward into Canada. The war was the first of five declared wars by the United States. The War of 1812 cost the nation $1.6 billion. About 15,000 Americans died in the war from battlefield wounds and disease. 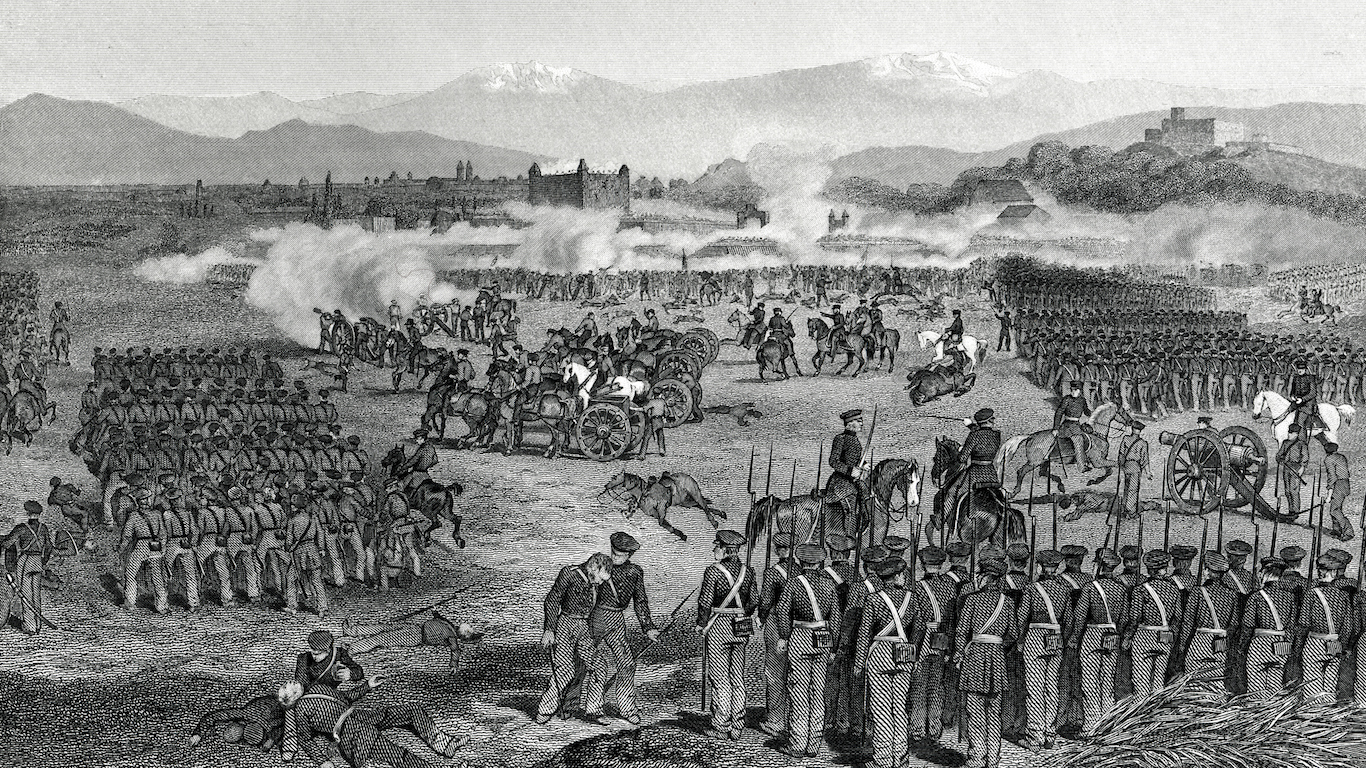 Fought between 1846 and the start of 1848, the Mexican-American War cost the United States $2.38 billion, the 11th-most expensive war in U.S. history. The bone of contention was Texas, which had gained independence from Mexico a decade earlier. Texas had not yet been incorporated into the United States because its inclusion would have upset the equilibrium between slave and free states established by the Missouri Compromise of 1820. Skirmishes along the Rio Grande led to clashes such as the Battle of Palo Alto that resulted in American victories. The war ended on Feb. 2, 1848, with the Treaty of Guadalupe-Hidalgo. The accord established the Rio Grande as the southern border of Texas and the U.S. gained land in present-day California, Utah, Nevada, Arizona, and New Mexico.

ALSO READ: 38 Most Successful Athletes of the 21st Century 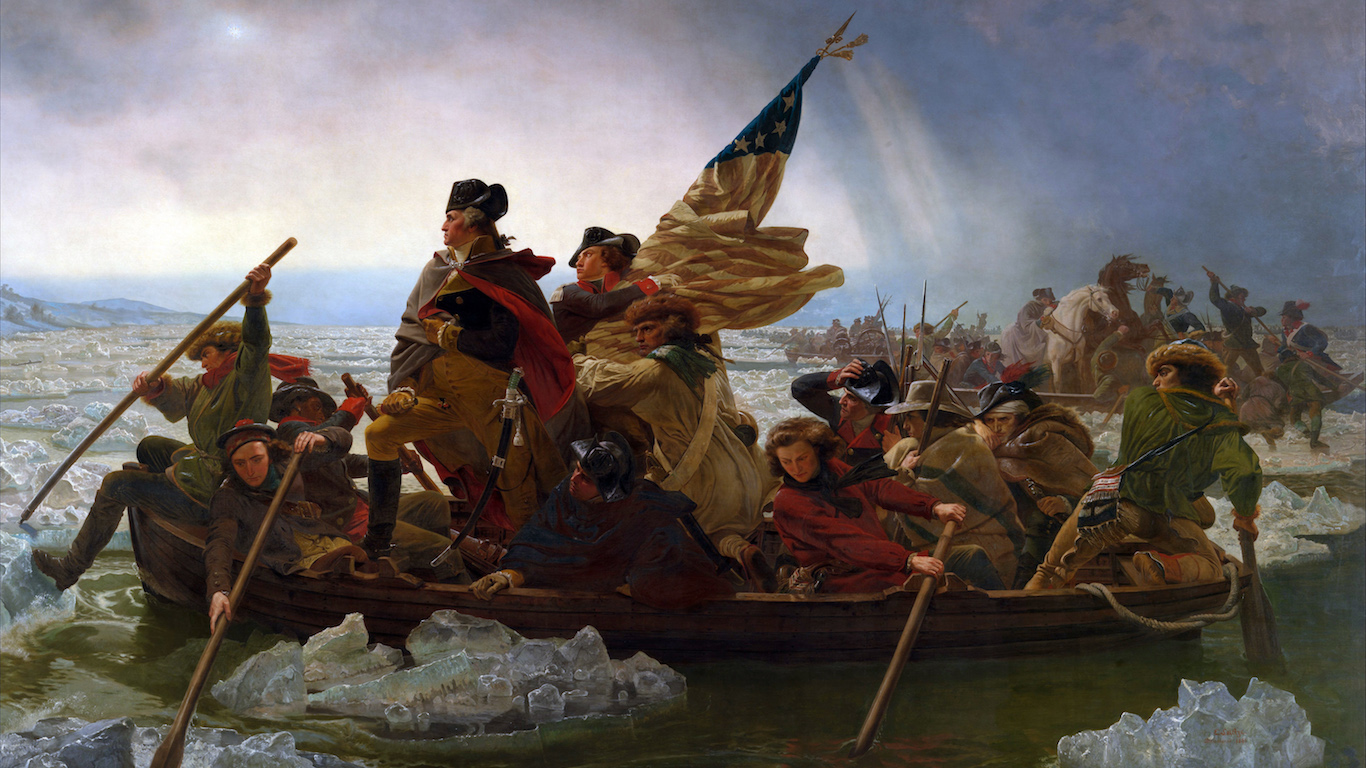 The eight-year quest for independence cost the American colonies just over $2.41 billion and about 4,400 lives. While the war began as a revolt against unjust taxation, it ended with the colonies and their allies defeating the British Empire and the Founding Fathers rejecting the social and political structures of Europe in favor of a republic. The Treaty of Paris ended the war in 1783, officially recognizing the United States as an independent country and establishing its borders.