Raleigh is by far the wealthiest metro area in North Carolina and the 25th wealthiest in the United States. The typical household in the state capital earns $71,685 a year — about $21,000 more than what the typical North Carolina household earns and $14,000 more than what the typical American household earns. The area’s relative high concentration of a high-paying industries likely bolsters the area’s incomes. Some 16.9% of metro area workers are employed in the professional, scientific, and management sector, a larger share than in all but five other metro areas nationwide.

As is the case with most cities on this list, a large share of adults in Raleigh — 47.2% — have a bachelor’s degree. The region is home to several higher education institutions including North Carolina State University. Area colleges and universities awarded 17,891 degrees in 2015 alone. 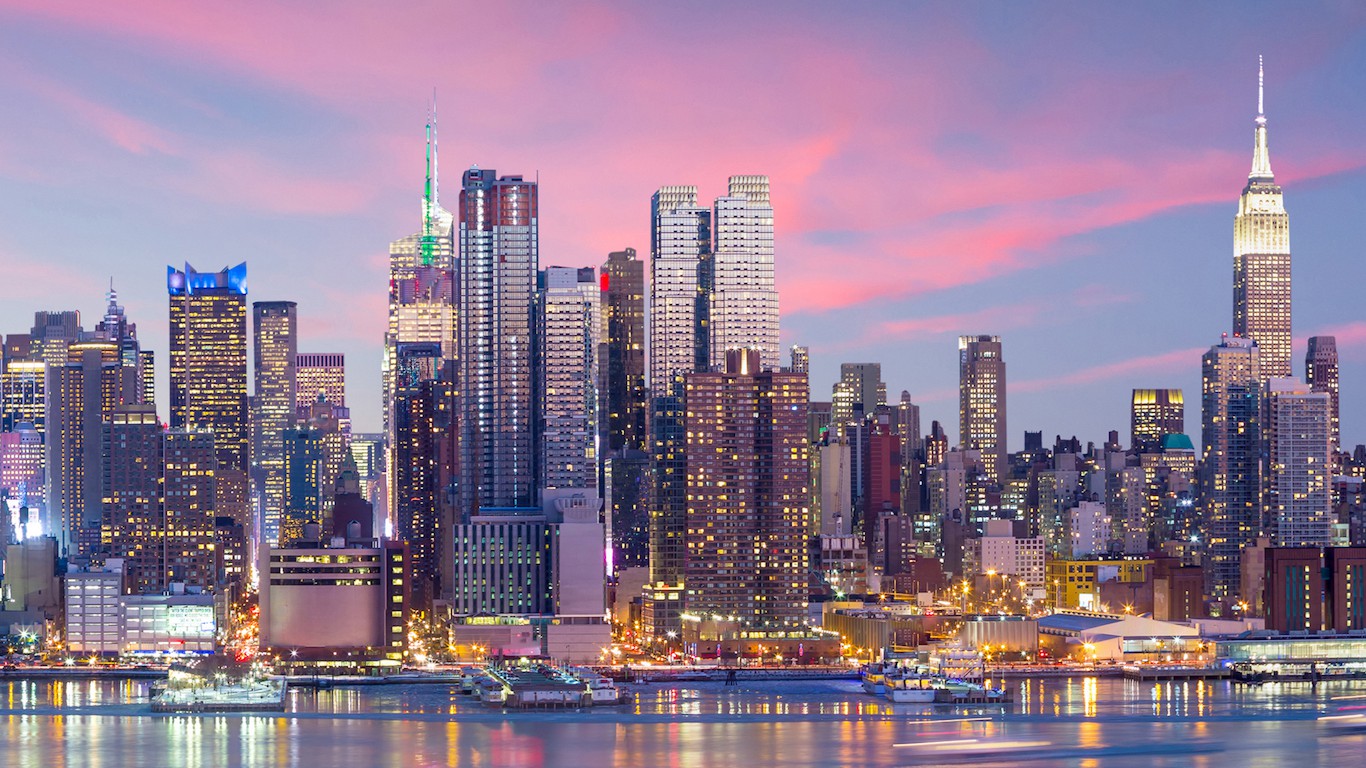 New York is the most populous metro area in the United States — and also one of the wealthiest. The typical household in the metro area earns $71,897 a year, more than in any other metro area in New York state and well above the national median household income of $57,617. The area’s high incomes, however, are largely offset by a high cost of living. Goods and services in New York-Newark-Jersey City are about 22% more expensive than they are on average nationwide.

New York City is home to a number of high paying industries — most famously finance. Some 9.2% of the metro area labor force work in the finance, insurance, and real estate industry, one of the largest shares of any U.S. metro area.

The metro area around Colorado’s capital city is the second wealthiest in the state and 23rd wealthiest in the country. The typical household in Denver earns $71,926 a year compared to the median income of $65,685 in Colorado and the national median of $57,617.

The area’s high median income is partially attributable to a strong job market. As of March 2018, just 2.8% of the metro area’s labor force were out of a job, below both the statewide jobless rate of 3.0% and the national rate of 4.1%. Major employers in the Denver metro area include defense contractors Lockheed Martin and Raytheon, financial services company Charles Schwab, several hospitals and health care providers, as well as technology companies like Oracle and Level 3 Communications.

Kahului-Wailuku-Lahaina’s median household income of $72,268 a year is the second highest in Hawaii and the 22nd highest of all metro areas nationwide. The area’s median income is bolstered by one of the lowest jobless rates in the country. Just 1.9% of the area’s labor force are out of work, the second lowest unemployment rate of any metro area nationwide and well below the 4.1% U.S. unemployment rate.

The area’s high incomes may be necessary as a dollar spent there does not go as far as it does in the United States as a whole. Goods and services in Kahului-Wailuku-Lahaina are about 7% more expensive than they are on average nationwide. 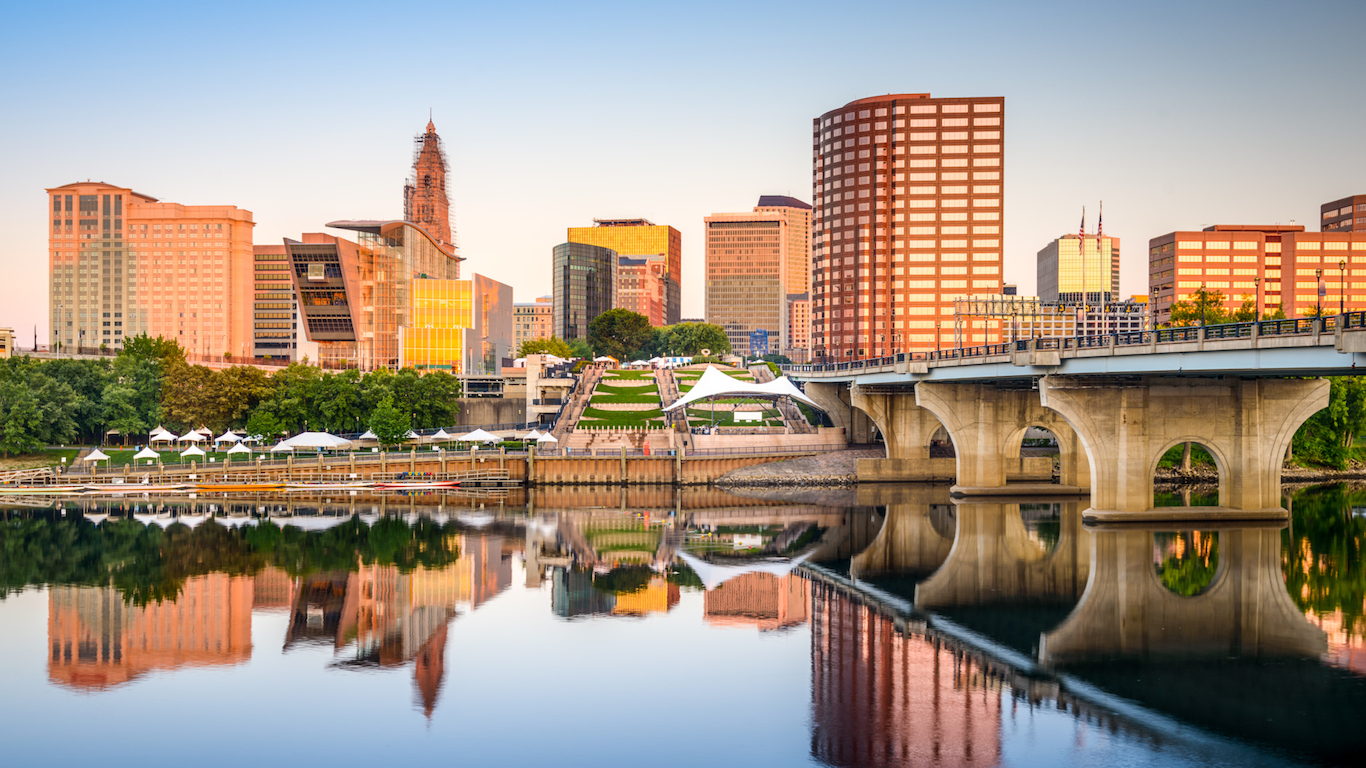 Hartford’s median income is bolstered by high paying industries. Some 10.9% of the metro area workforce are employed in finance, insurance, and real estate, nearly the highest concentration of any metro area. Nicknamed “The Insurance Capital of the World,” Hartford is home to some of the largest health insurance companies by revenue, including Aetna and Cigna.