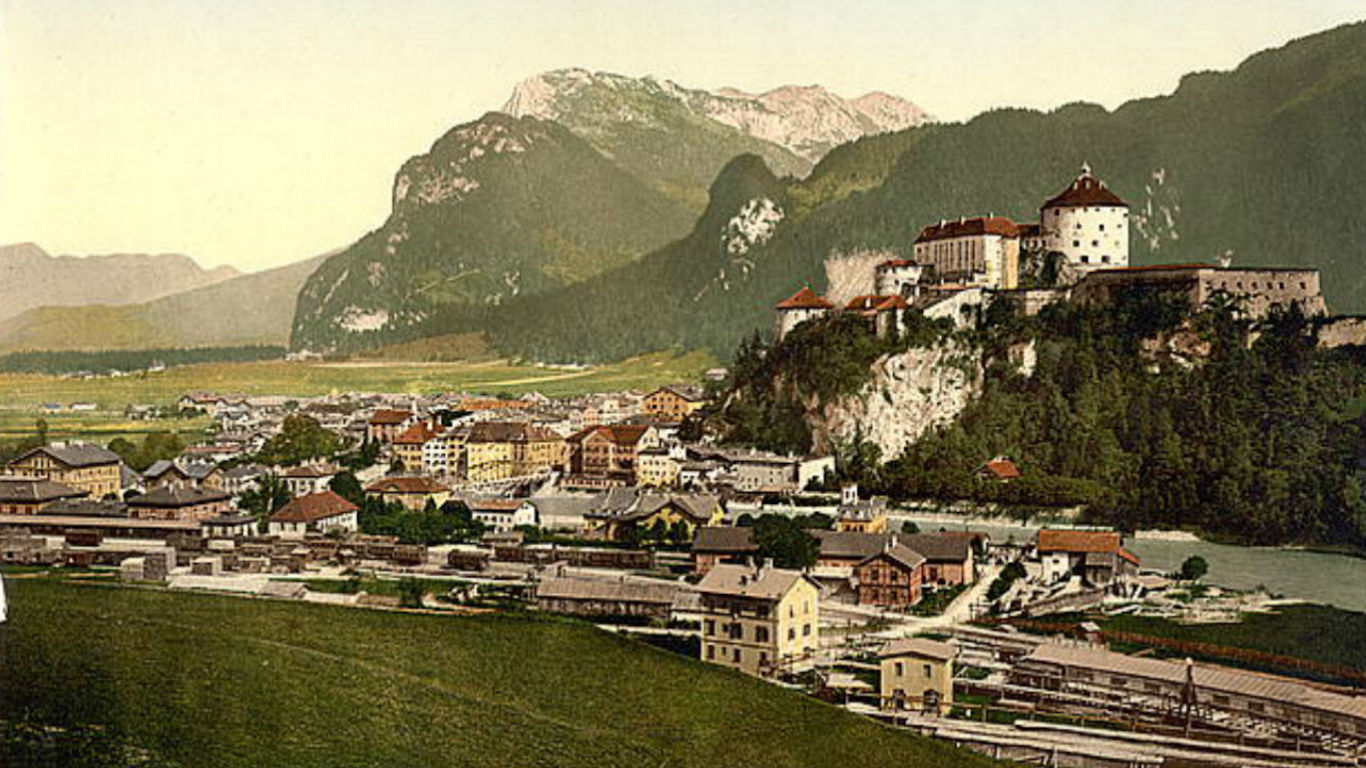 Created by the union of the Austrian Empire and the Kingdom of Hungary in 1867, Austria-Hungary was a quintessential multilingual empire. The empire was an amalgamation of 11 different ethnic groups that lasted until 1918 as World War I ended. After the Holy Roman Empire ceased to exist in the early 19th century, Austria-Hungary inherited the mantle as the largest Catholic-led empire. The empire’s Catholic character and affection of the people for longtime Emperor Francis Joseph were some of the factors that kept the empire together for 51 years. Even so, rising nationalist fervor among ethnic groups began to cleave Austria-Hungary even before the start of World War I. After the polyglot empire dissolved, Austria and Hungary became separate republics, and the new nations of Poland, Czechoslovakia, and Yugoslavia were created. 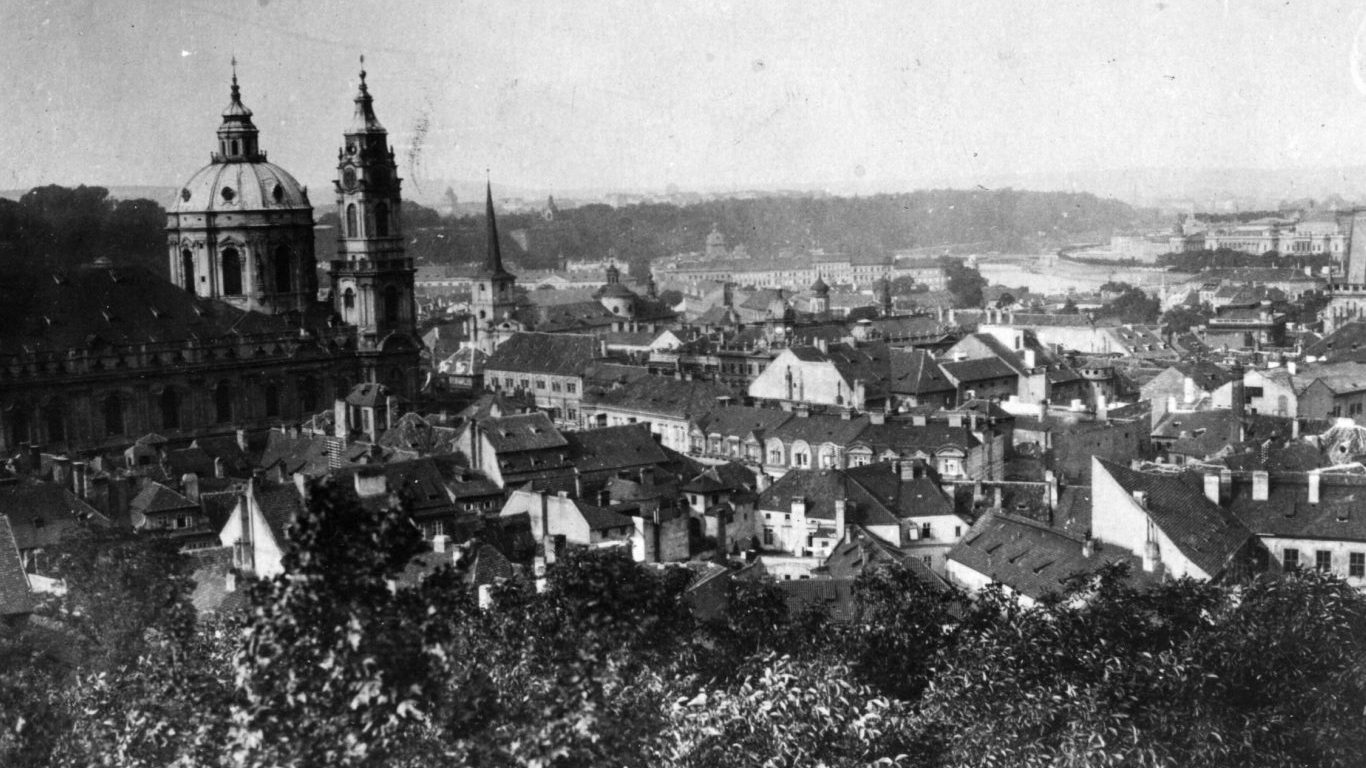 Founded in 1918 at the end of World War I, Czechoslovakia, a former Central European nation, comprised the former lands of Bohemia, Moravia, and Slovakia. The political union was possible because these regions had similar languages, religion, and culture. Between the world wars, the country became one of Central Europe’s most politically stable and prosperous states, functioning as a parliamentary democracy. From 1938-1945, Czechoslovakia was under Nazi rule, and from 1948-1989, it was controlled by the Soviet Union. A peaceful “Velvet Revolution” brought communism to an end in Czechoslovakia in 1989. By 1990, the country had held its first free elections, but disagreements between Czechs and Slovaks grew. The parliament peacefully dissolved the sovereign state in 1992, agreeing to separate the country into the Czech Republic and Slovakia starting in 1993. 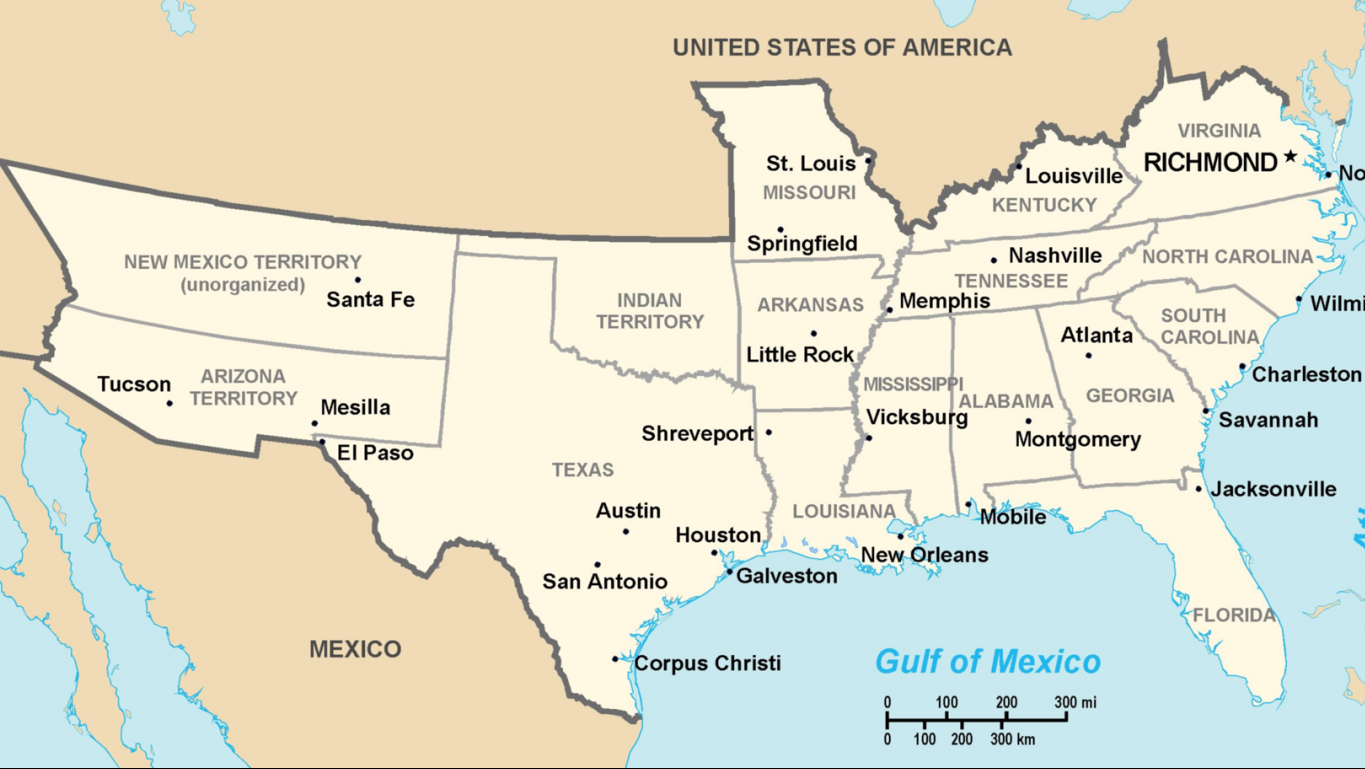 The Confederate States of America, all located in the South, lasted from 1861 to 1865. The states broke away from the United States after Abraham Lincoln was elected president in 1860 because of disputes over the issues of states’ rights and slavery. Jefferson Davis was the president of the Confederacy. The Confederate constitution supported the institution of slavery but not the African slave trade. There were 11 states in the Confederacy, which fought the Union in America’s bloodiest war that claimed the lives of 750,000 people. The Confederacy was never formally recognized as a sovereign nation, although Great Britain considered recognition during the Civil War. The Southern economy, much of which was based on the plantation system and was largely agrarian, was devastated. The war settled the issue of slavery, but the struggle to attain full rights for freed slaves would continue well into the 20th century. 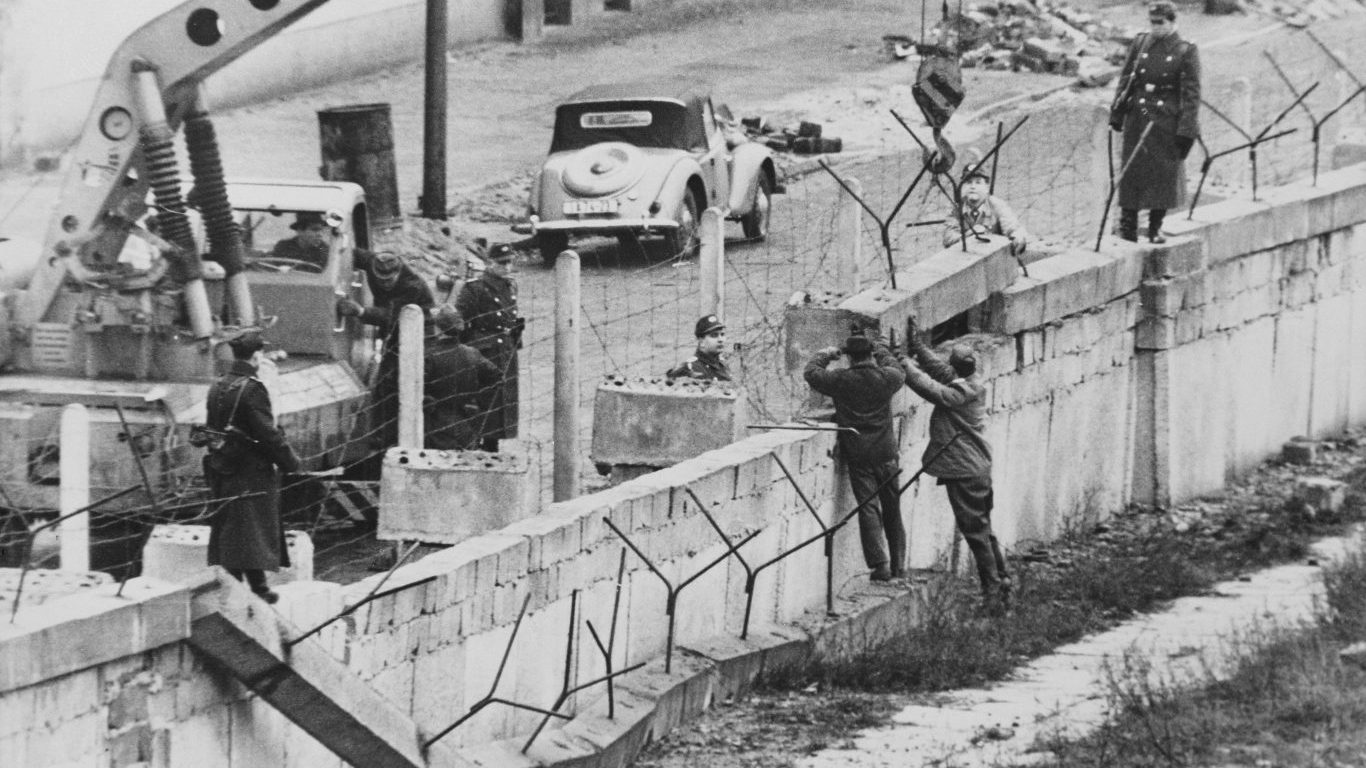 The Democratic Republic of Germany, or East Germany, was created in 1949 after World War II as the Allies agreed to divide Nazi Germany, including the capital Berlin. East Germany lasted until 1990. The nation functioned under a socialist command-economy system and was dominated by the Soviet Union, which had conquered that part of Germany during World War II. It remained under Soviet influence essentially as a satellite state. East Germany was half the size of the Federal Republic of Germany, or West Germany, and its economy paled in comparison with its western counterpart, which had become independent from the western Allied powers. Many East Germans tried to flee to the West to escape economic and political repression and were either arrested or killed attempting to do so. A year after the fall of the Berlin Wall in 1989, East Germany ceased to exist and two Germanys were reunited. 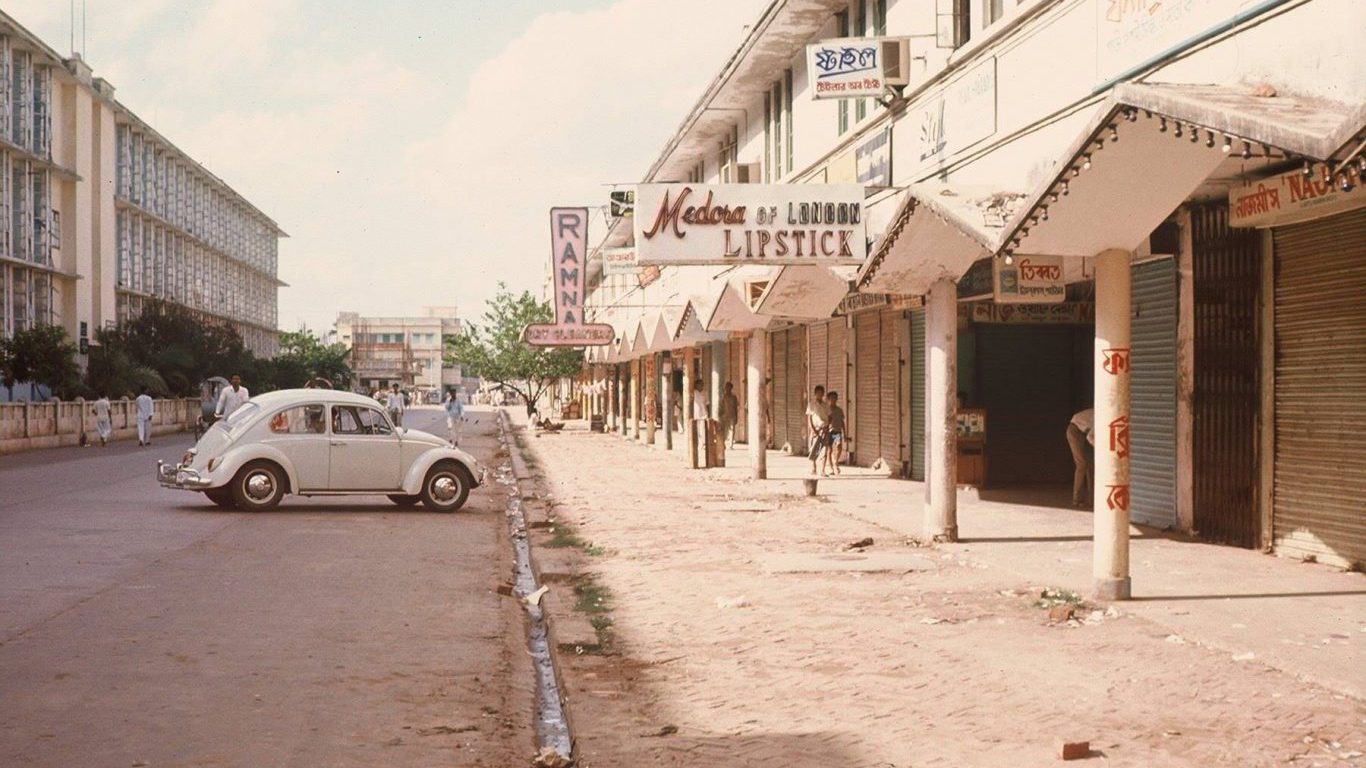 Despite existing for barely 17 years, East Pakistan had known much turmoil. Occupying the land of Bangladesh today, the country’s first constitution replaced what was until then British rule with an Islamic republic. Not long after, however, martial law was enacted for several years following a coup d’etat. Eventually, a movement aimed at restoring democracy gained enough support, and in 1970 Pakistan held its first federal general election. The party that won the majority of the seats won all of its seats in East Pakistan but failed to gain one seat in West Pakistan. This led to Bangladesh (East Pakistan) declaring independence from Pakistan and to a nine-month long Bangladesh Liberation War and the 1971 Bangladesh genocide — and finally to the creation of Bangladesh.