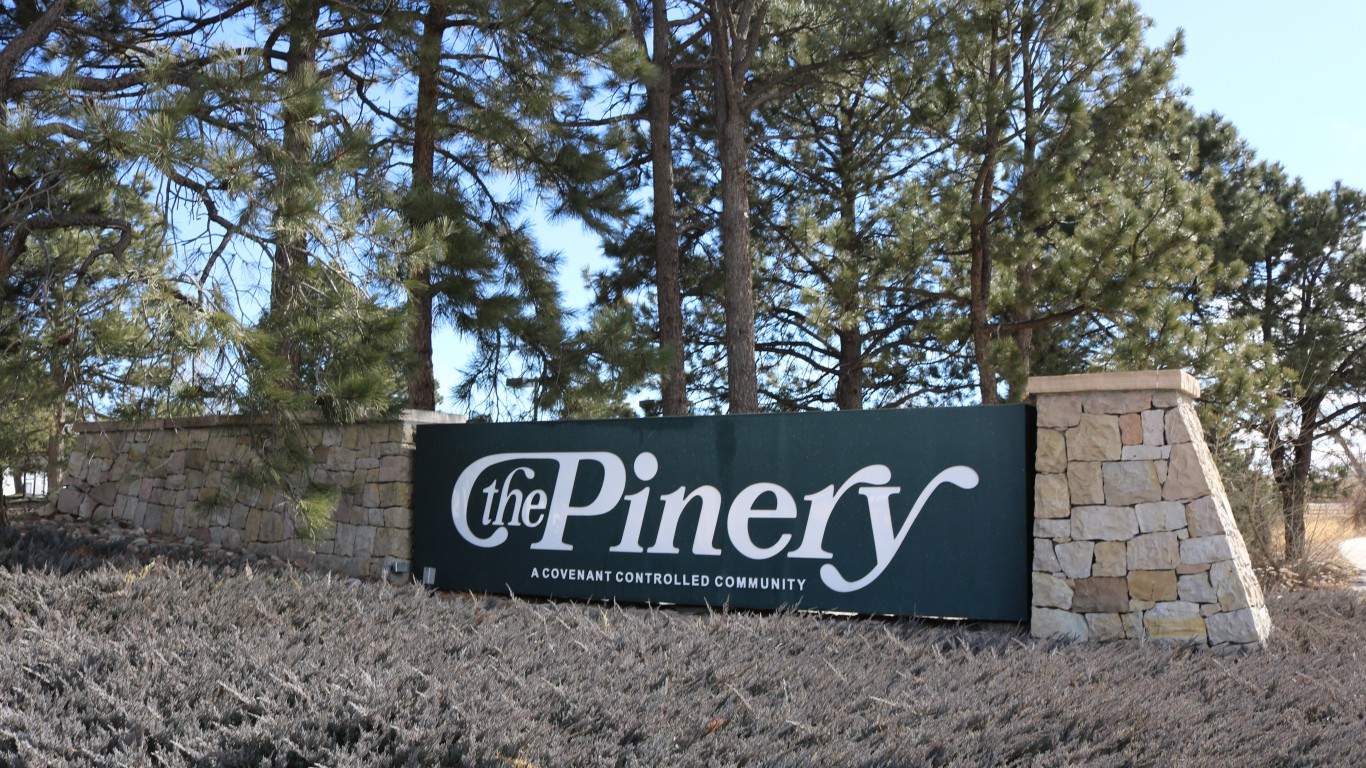 In The Pinery Census designated area, the typical household earns $121,615, nearly double the median income of $62,520 across the state.

Like many towns on this list, The Pinery is within commuting distance of a major urban area. The Pinery is only about 30 miles south of downtown Denver, the largest city in Colorado and the state capital. Many of the largest employers in the Denver area are well-paying companies including defense contractors Raytheon and Lockheed Martin and financial services firm Charles Schwab. 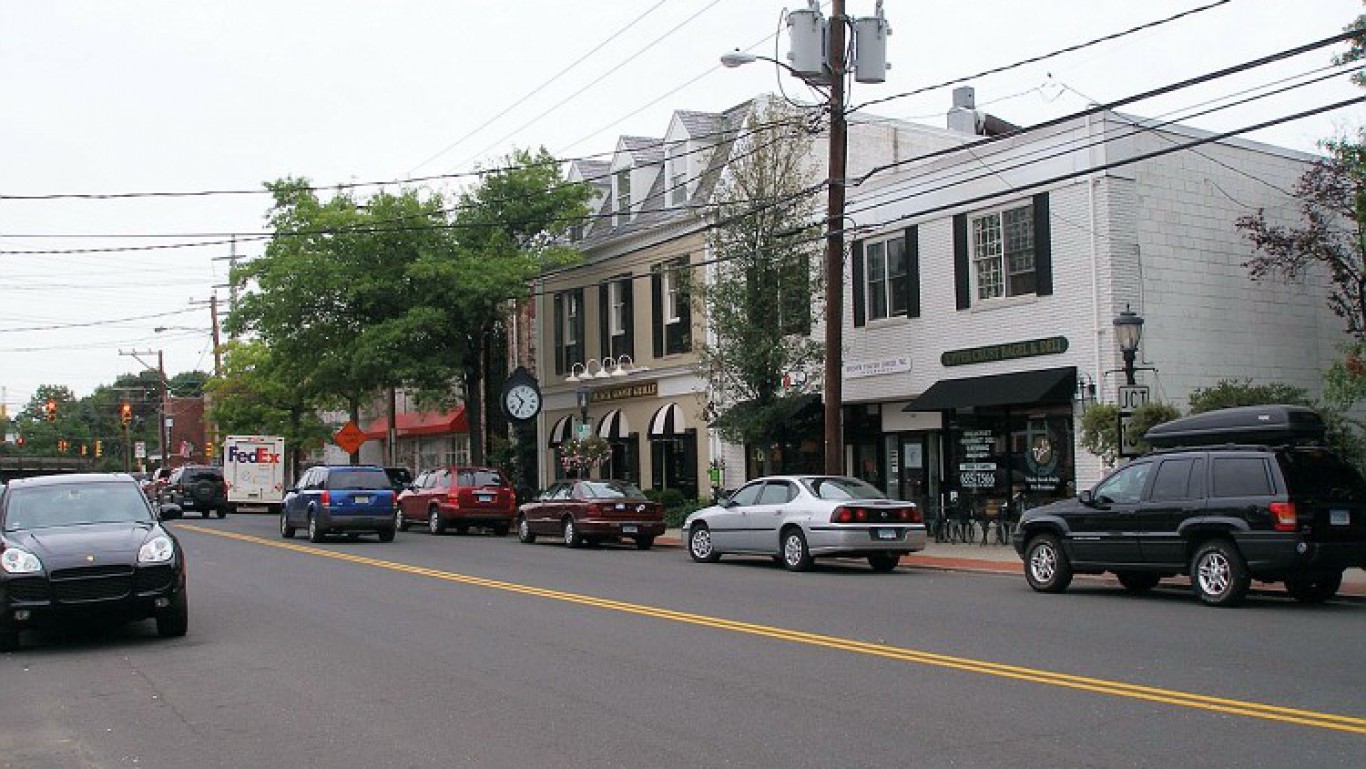 Darien, the wealthiest town in Connecticut, is one of only a dozen nationwide where the typical household earns over $200,000 a year.

As is often the case in wealthy towns, Darien is home to a well-educated population. Higher educational attainment can lead to better paying jobs, and just about four in every five adults in Darien have a bachelor’s degree or higher. Located in Southwestern Connecticut, area residents live in commuting distance of high-paying jobs in New York City. 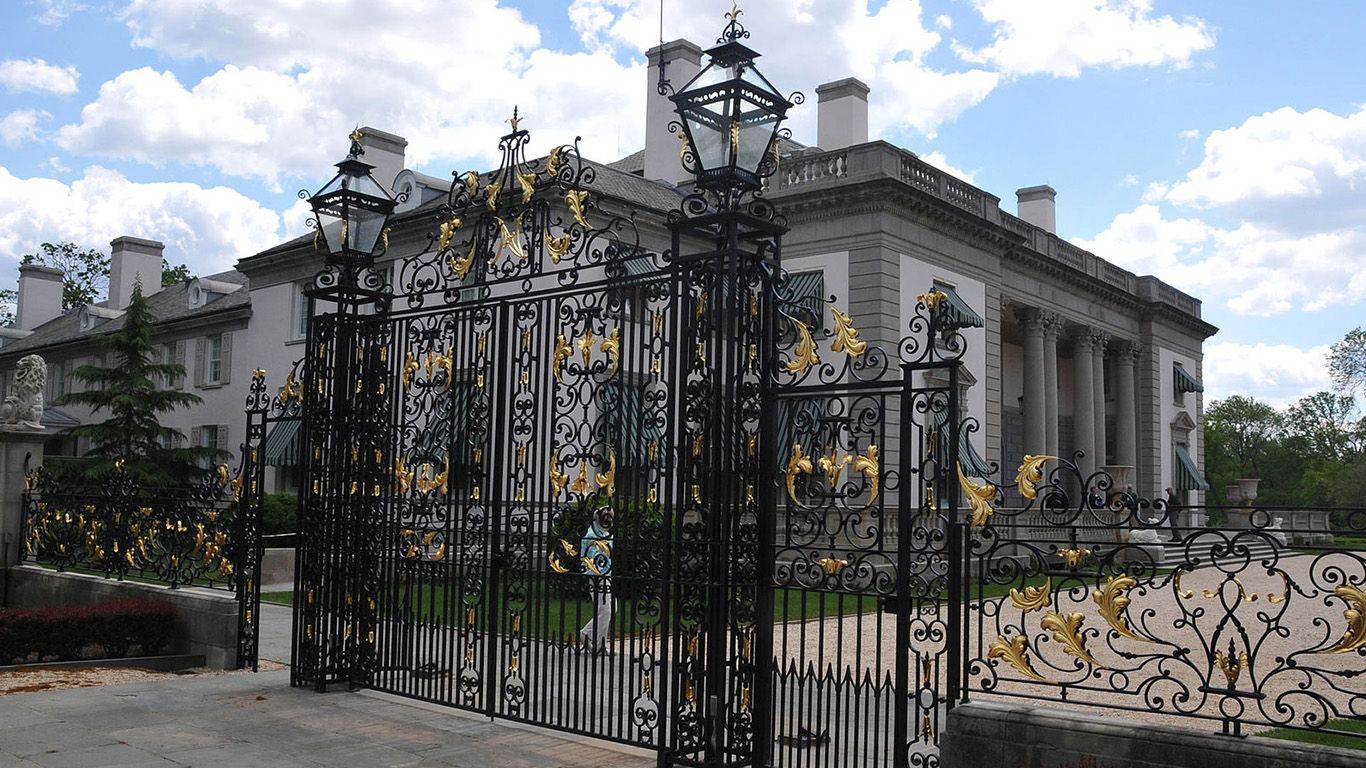 Not only does North Star have the highest median income of any town in the state, but it also has the lowest poverty rate. Just 1.4% of North Star residents live in poverty, a fraction of both the 12.0% state 15.1% U.S. poverty rates. 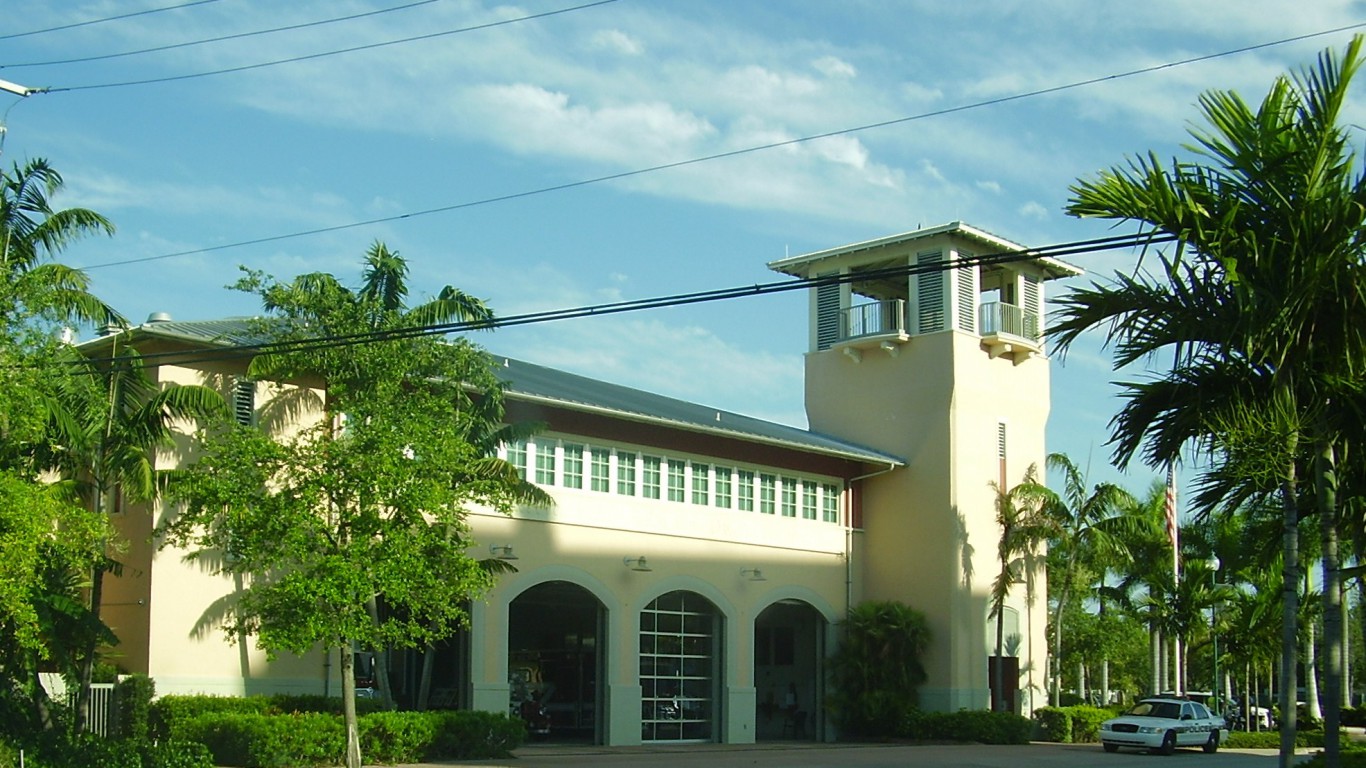 Buying a home in Key Biscayne is likely prohibitively expensive for anyone outside the highest income bracket. It is the only town in Florida where over half of all homes are worth over $1 million. Statewide, the median home value is just $166,800. 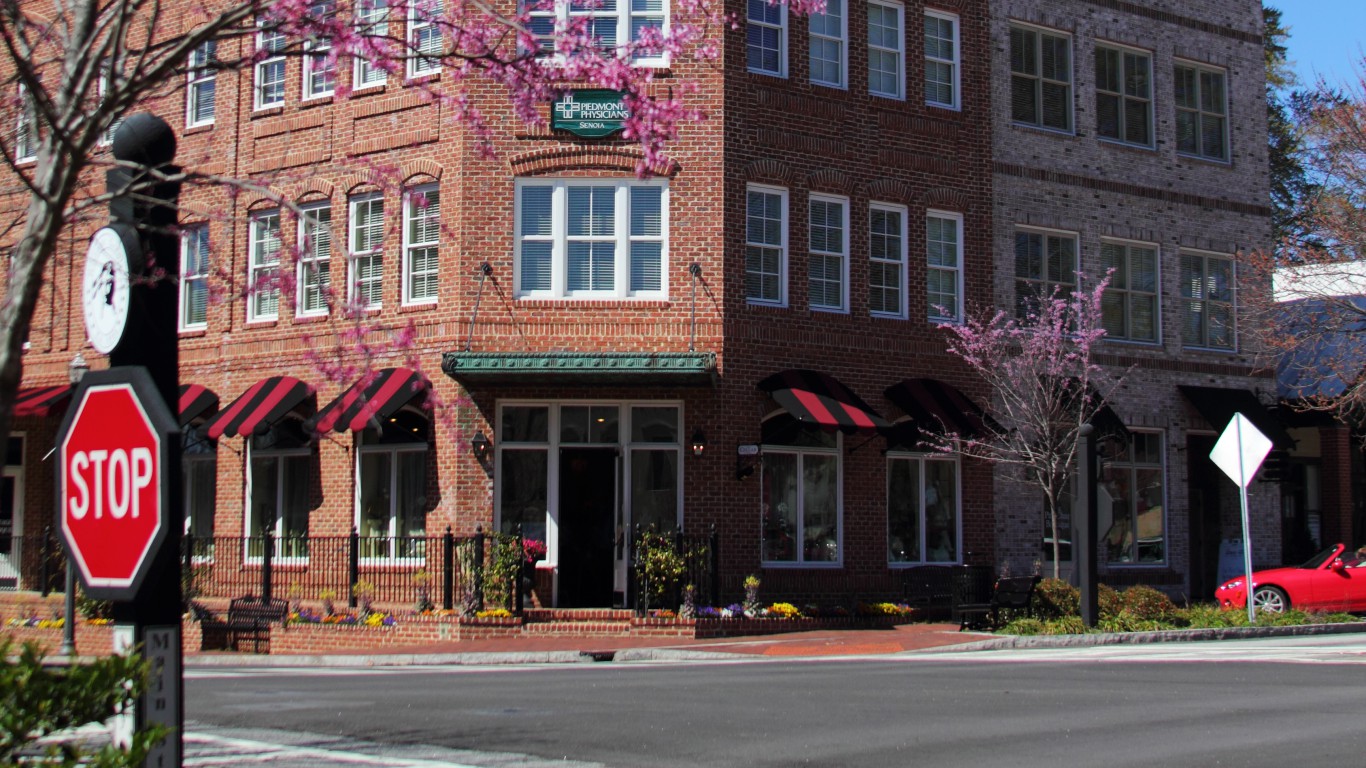 The typical household in Senoia earns $82,485 a year, more than any other town in the state and well above both the median annual income in Georgia of $51,037 and the U.S. median of $55,322. While incomes are higher in Senoia than the rest of the state, there are relatively few extremely wealthy households. Just 5.5% of area households earn $200,000 or more per year, in line with the 5.7% national share and only slightly higher than the 4.6% statewide share.

Like many of the towns on this list, Senoia is in commuting distance of a major metropolitan area. Senoia is located just 35 miles south of downtown Atlanta, the state’s capital and largest city.