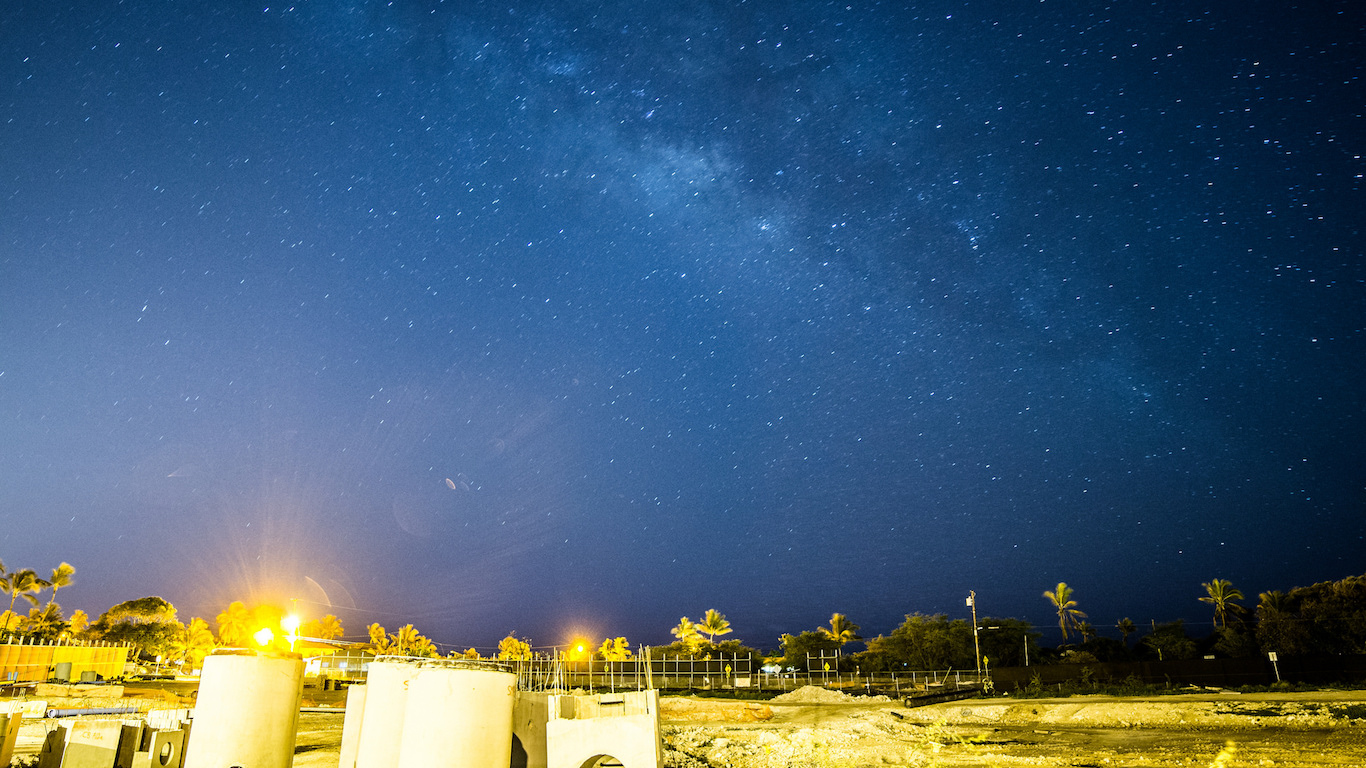 Ocean Pointe, a small community on the island of Oahu, is the wealthiest town in Hawaii. The typical Ocean Pointe household earns $111,729 a year, about $40,000 more than the median income in Hawaii of $71,977 a year, which itself is among the highest of any state. 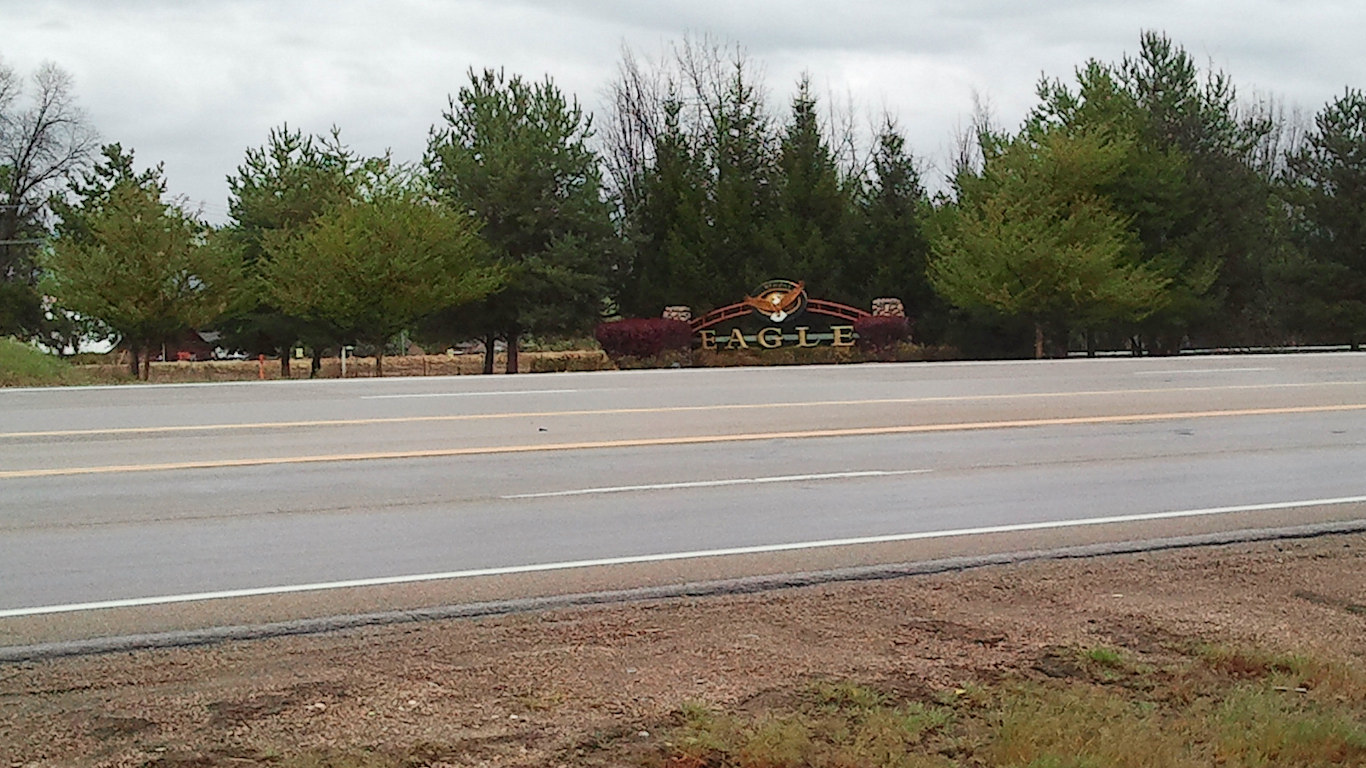 The typical household in Eagle, Idaho, earns $82,577 a year, the most of any town in the state. Eagle is also the only town in Idaho in which more than one in every 10 households earn at least $200,000 a year. Better-educated Americans are more likely to hold better paying jobs, and in Eagle, 46.4% of the population has a bachelor’s degree or higher, well above both the state bachelor’s attainment rate of 26.2% and the U.S. rate of 30.3%.

As is the case in many towns on this list, Eagle residents have easy access to jobs and cultural amenities in a larger city. Eagle is less than 10 miles from the state capital, Boise. 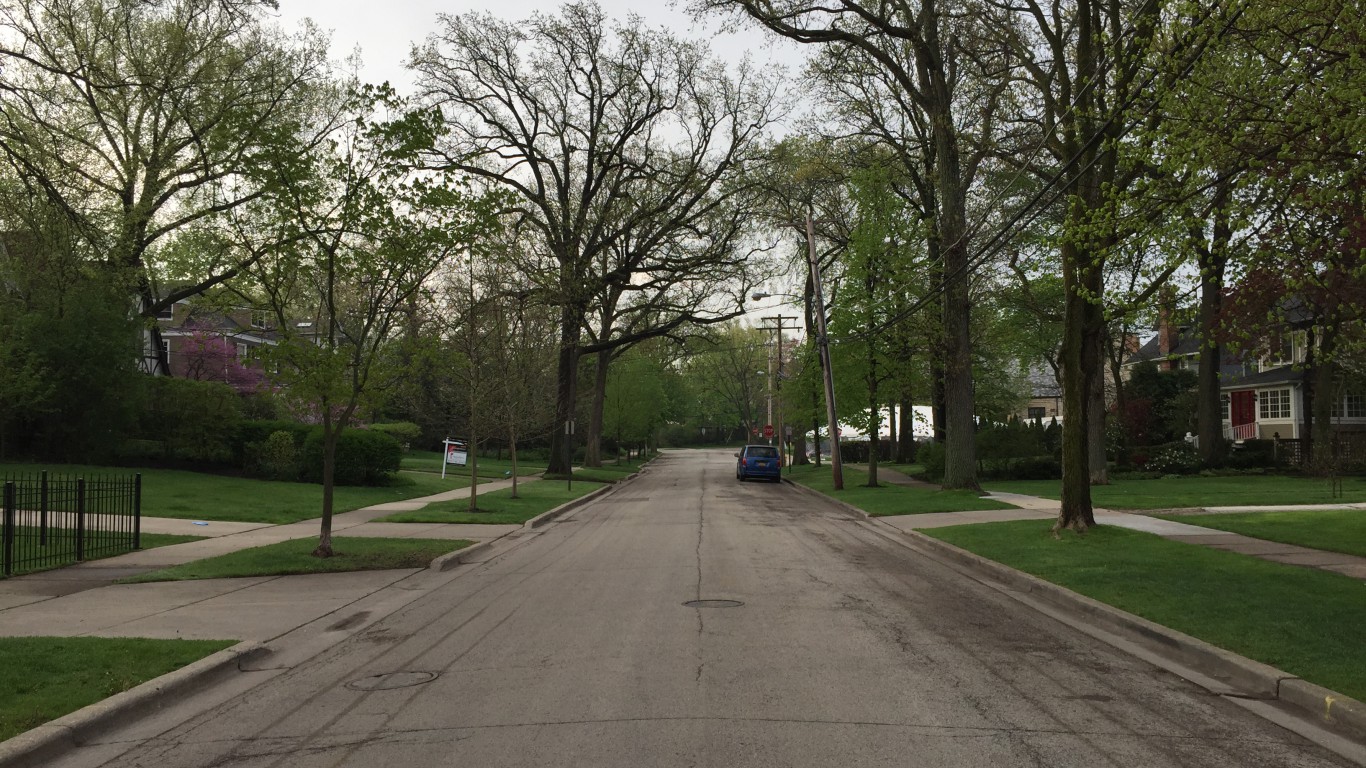 Winnetka is one of only 12 towns and villages nationwide — and the only one in Illinois — where the typical household earns at least $200,000 a year. One of the wealthiest villages in the United States, Winnetka is also the best educated. Some 88.1% of Winnetka’s adult residents have a bachelor’s degree or higher, the largest share of any U.S. town.

As is the case with many towns on this list, Winnetka is within commuting distance of a major urban area. Chicago, the largest city in the Midwest, is less than 30 miles south of Winnetka. 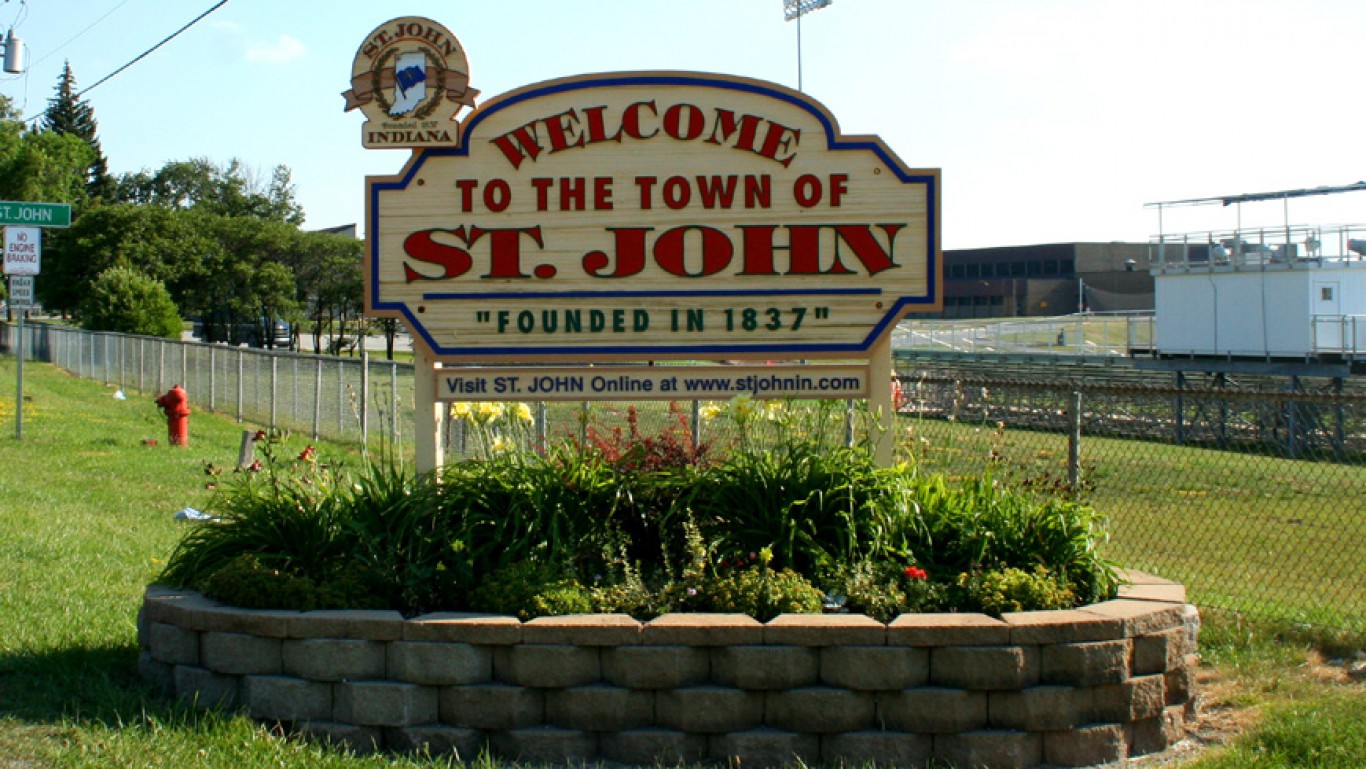 The typical household in St. John, the wealthiest town in Indiana, earns $98,545 a year, nearly double the state annual median of $50,433. The area also has one of the lowest poverty rates nationwide. Just 3.0% of St. John residents live below the poverty line, one-fifth of Indiana’s 15.0% poverty rate.

The cost of living in St. John is likely high enough to largely exclude all but the wealthiest Americans. With a median home value of $257,000, St. John is the only town in the state where over half of all homes are worth over a quarter of a million dollars. 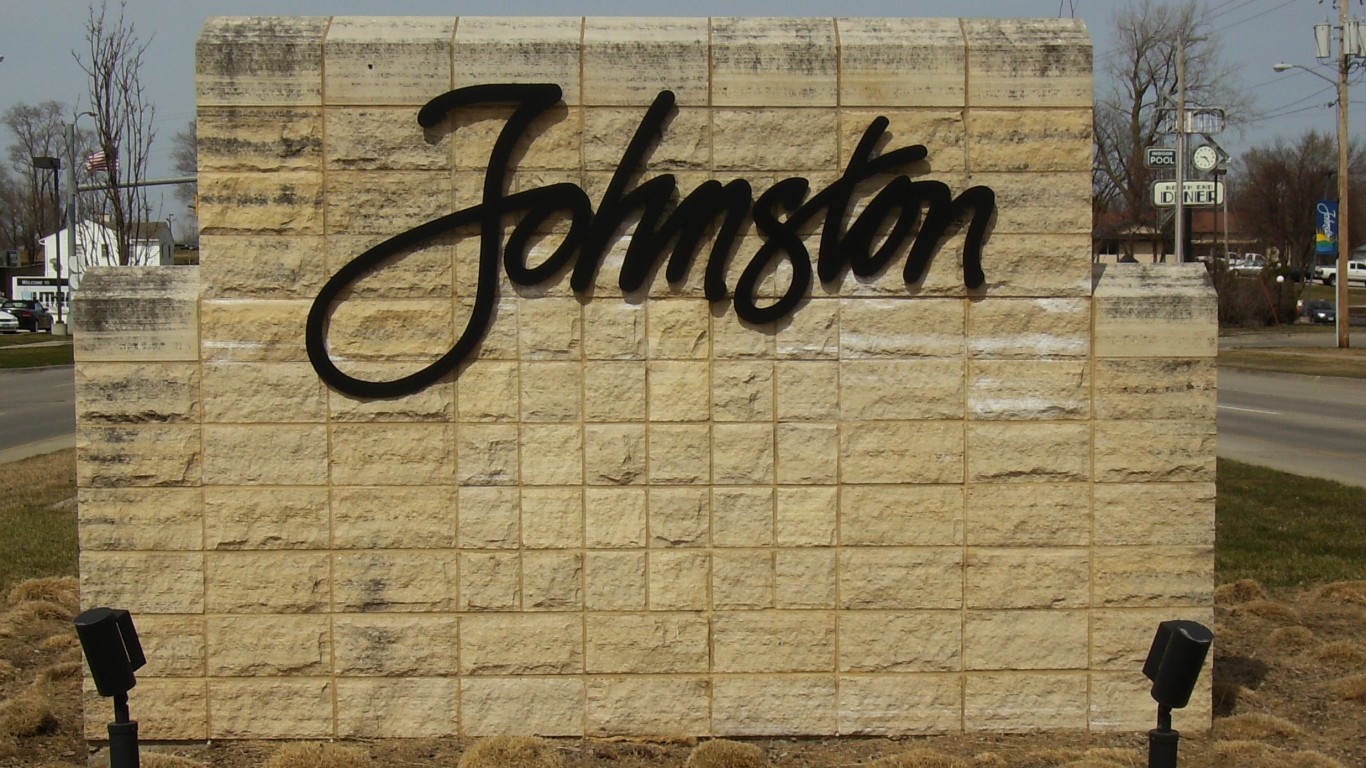 Johnston, a small city just northwest of Des Moines, is the wealthiest town in Iowa. The typical household in the area earns $95,565 a year, about $5,000 more than the median income in Asbury, the second wealthiest town in the state.

Both for individuals and across broad populations, incomes tend to go up with educational attainment. Not only is Johnston the wealthiest town in Iowa, but also it is the best educated. Some 56.7% of area adults have at least a bachelor’s degree. In comparison, 27.2% of adults in Iowa and 30.3% of American adults have similar levels of education.