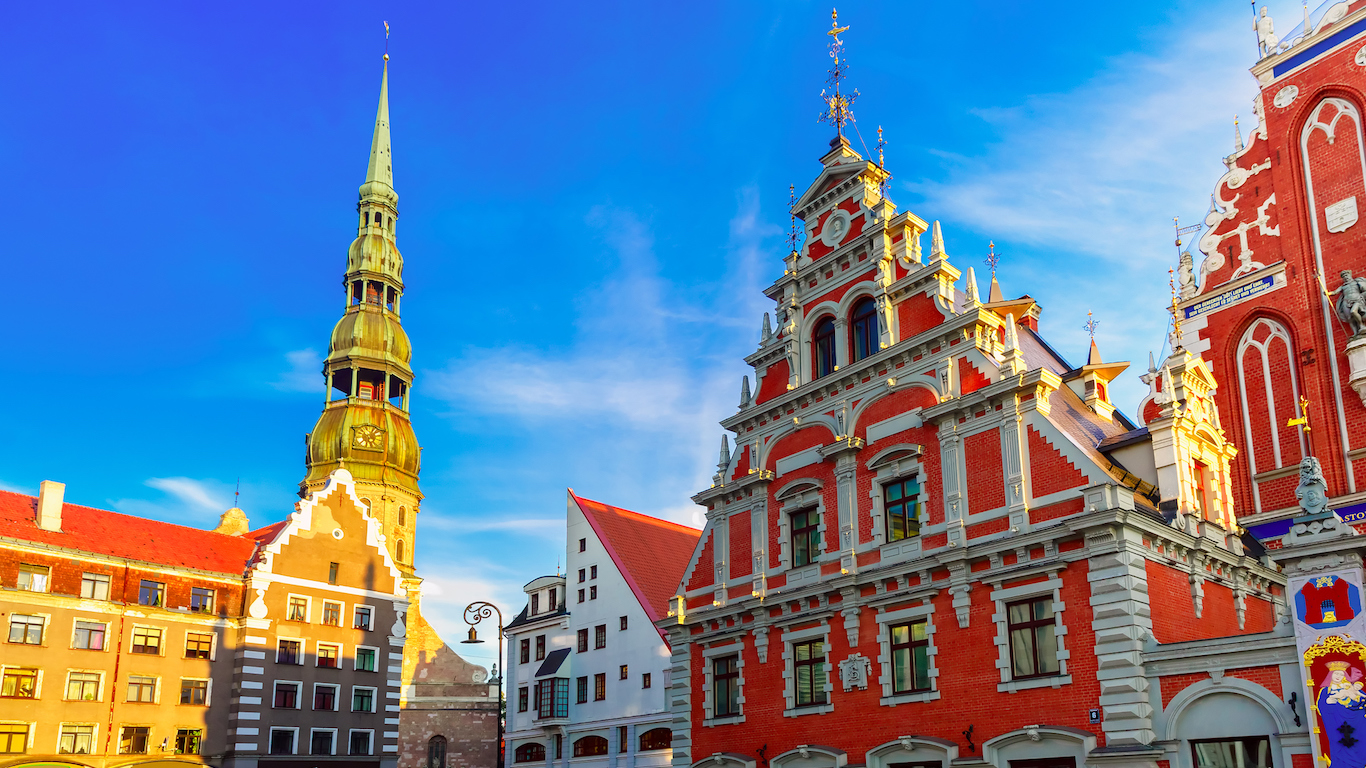 Latvia has the 15th highest income inequality among OECD member states and partner states, narrowly edging out another European country, Spain. More progressive tax policies can help narrow the income gap, and most OECD countries have been better able to use those policies to reduce the gap between their rich and poor than Latvia. The Baltic country’s Gini coefficient improves just 27.6% after taxes and transfers, a smaller improvement than in the majority of countries considered.

Some 9.6% of the Latvian labor force are unemployed, which is one of the higher rates among OECD nations and partner states. A weak job market can exacerbate income inequality considerably. 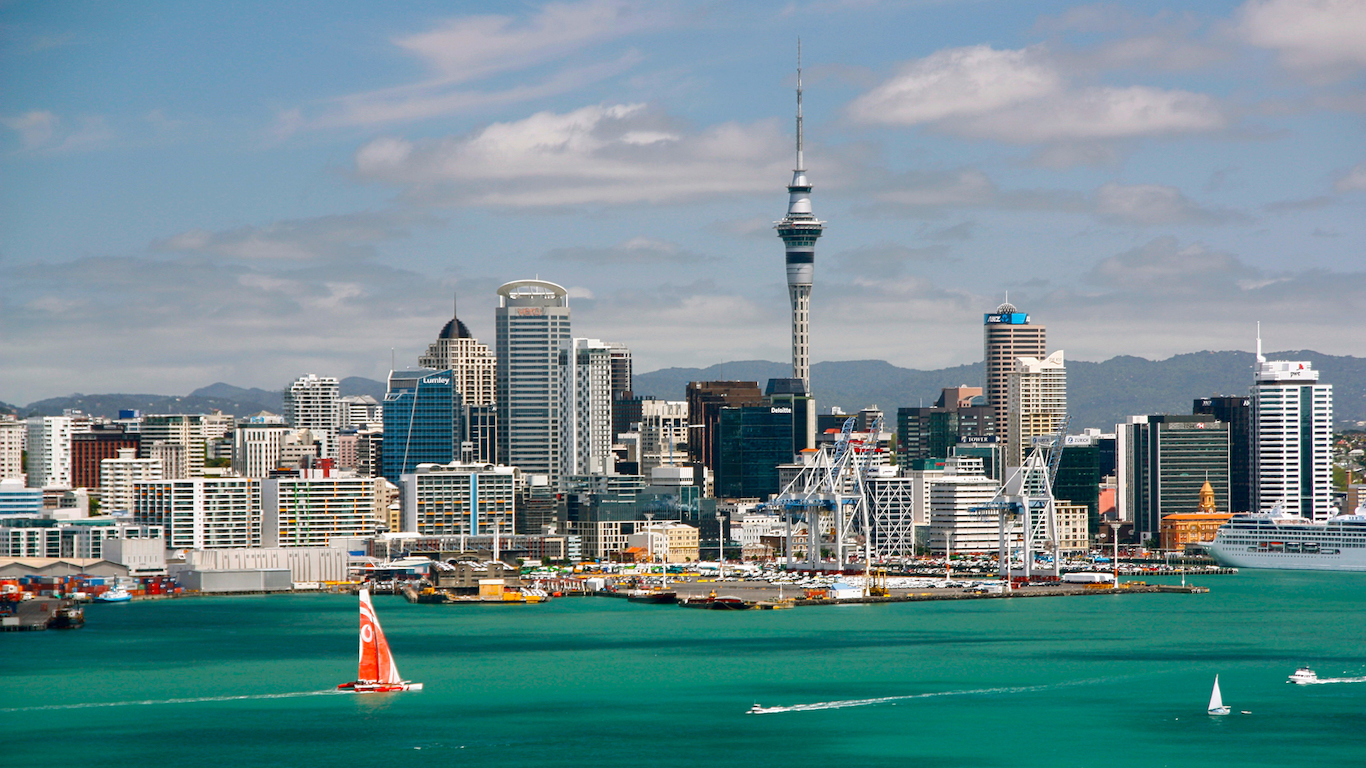 New Zealand has a greater degree of income inequality than all but 13 other OECD countries and partner states. Income inequality persists in New Zealand despite the country’s relatively healthy labor market. Not only is the country’s 5.1% unemployment rate lower than that of most countries considered, but also New Zealand’s labor force participation rate is far higher than typical. Some 69.3% of New Zealanders age 15 years and older are in the workforce, the third largest participation rate among OECD member and partner states.

While a high labor force participation rate and low unemployment can help minimize income inequality, tax policy also makes a difference — and New Zealand’s does not appear to be especially effective. The country’s Gini coefficient improves by only 25% after taxes and transfers, a smaller change than in the majority of OECD affiliated countries. 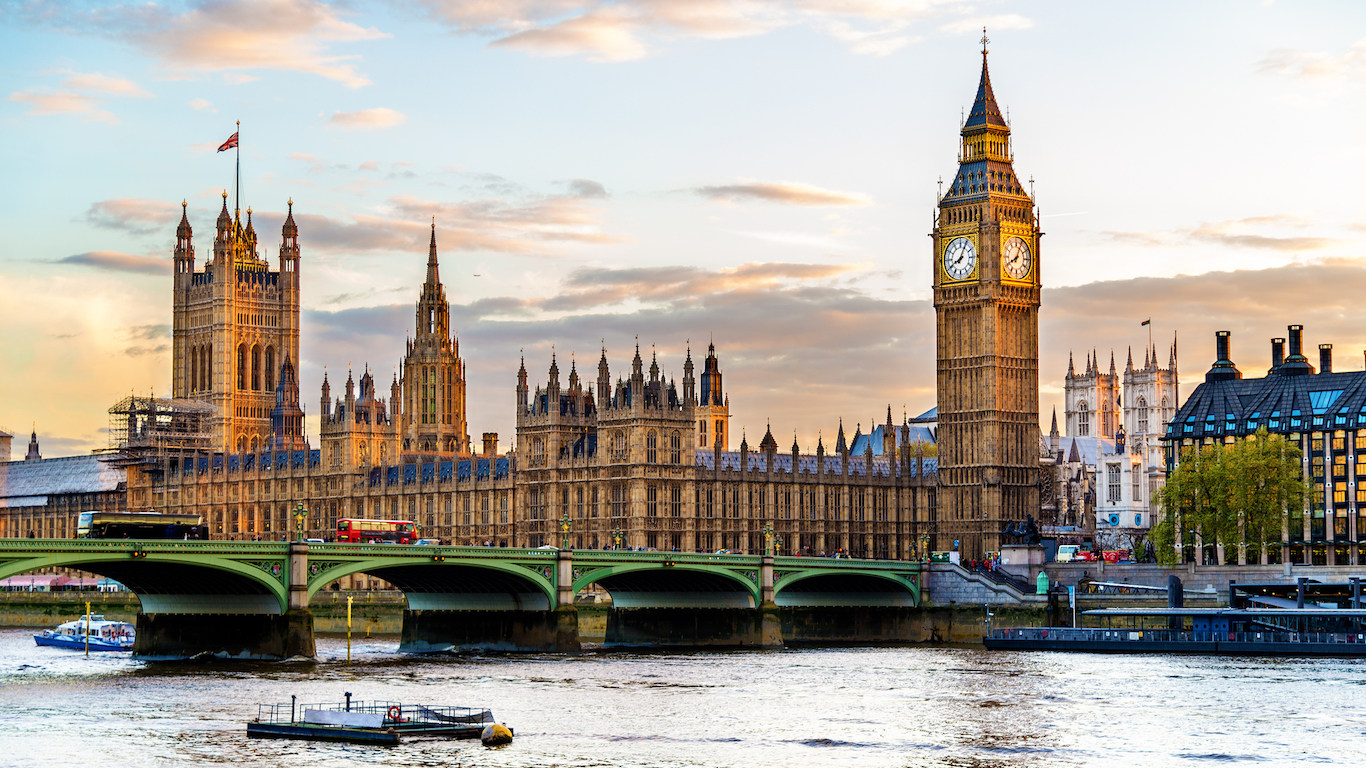 One of the wealthiest countries in the world, the U.K.’s GDP per capita of $40,185 is higher than the GDP per capita of the vast majority of countries. However, as is often the case in high income areas, wealth is unevenly distributed in the country. Geographically, wealth is generally concentrated in London — one of the financial capitals of the world — and other parts of Southeast England. Meanwhile, the more northern regions of the country tend to be lower income — often benefiting from government social spending. Indeed, the high degree of income inequality in the U.K. is not the result of a regressive tax policy. The country allocates one-quarter of its annual GDP to social spending programs, more than in most OECD countries and affiliates. 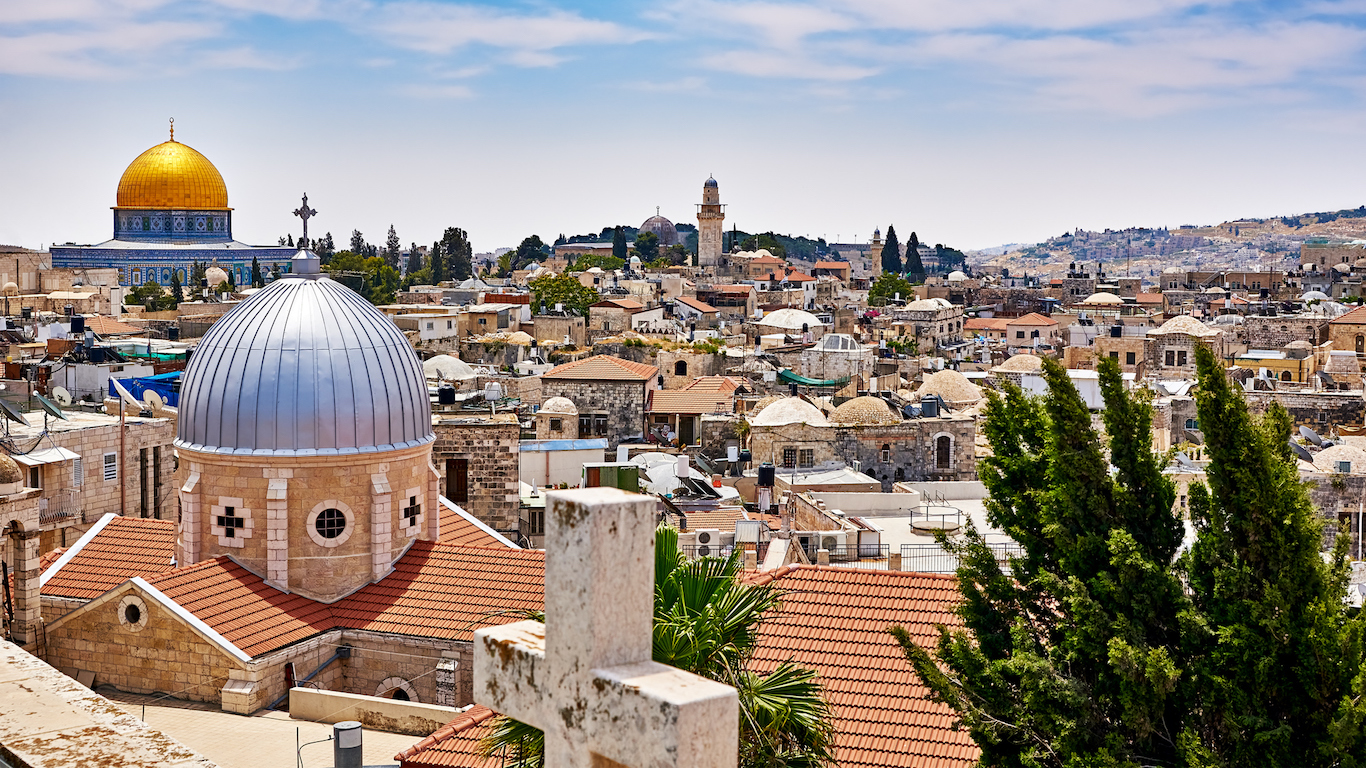 Israel’s GDP per capita of $33,101 is closer to the middle of all OECD countries and partner states. Despite having a somewhat average GDP per capita, relative to OECD nations, 18.6% of the country’s population lives below the poverty line, the fourth highest poverty rate of all countries considered. The relatively high degree of income inequality in Israel is due in part to relatively low labor force participation, particularly among men in their prime working age. Just 76.0% of Israeli men between the ages of 15 and 64 are working or actively looking for work, a smaller share than in most OECD countries and affiliates.

Income inequality would also likely be reduced if the Middle Eastern nation put greater emphasis on social spending. Israel spends the equivalent of 16.8% of its GDP on social programs such as benefits for the unemployed or low income households, one of the smallest shares among the countries considered. 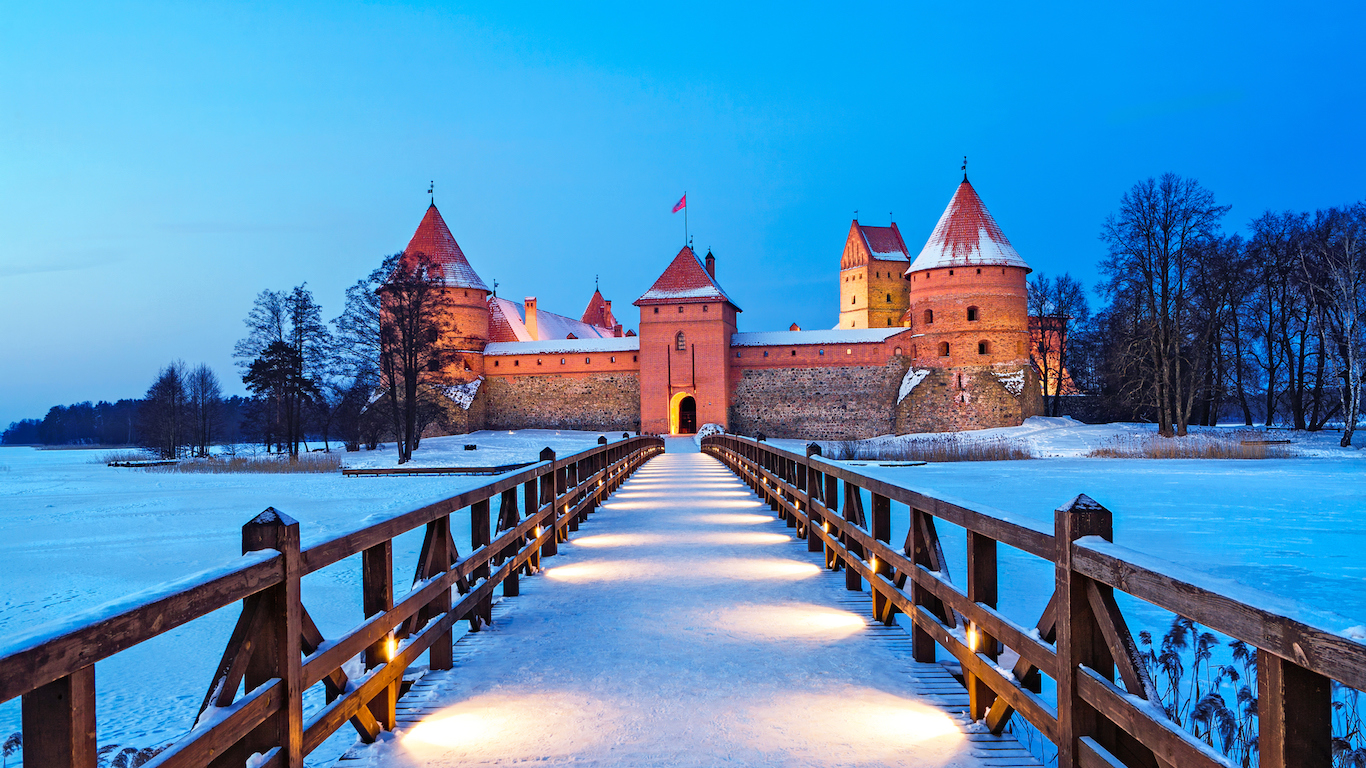 Lithuania has higher income inequality than all but 10 OECD nations and affiliates. Despite the high level of inequality, the country is fairly average among the countries considered in many key economic indicators. Some 60.5% of Lithuanians age 15 and up are either employed or looking for a job, and taxes and transfers improve the country’s Gini coefficient by 27.8%.

No OECD nation’s population is shrinking as fast as Lithuania’s. The Baltic country’s population declined by 1.3% in 2016, a time when most of those countries grew. A shrinking workforce could make it difficult for Lithuania’s economy to grow in the future. Nobel Prize-winning economist Simon Smith Kuznets theorized that a declining population could be detrimental to a nation’s economy, which may exacerbate problems related to income inequality.