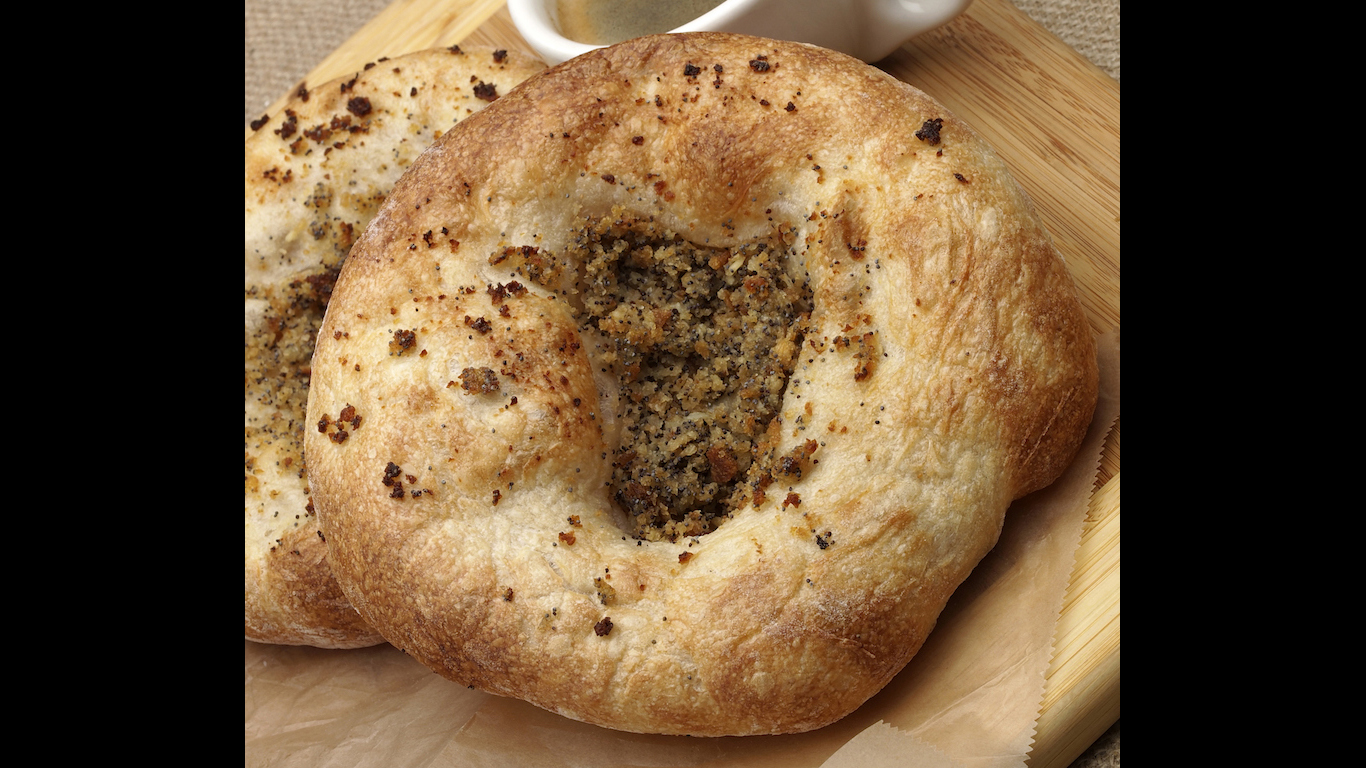 It’s often described as a cousin of the bagel, but this flat, chewy roll is a very different thing: Its dough isn’t boiled before baking like the bagel’s; it has a slight depression in its middle instead of a hole; and that depression is typically filled with minced onions. Like the bagel, though, it is a centuries-old Jewish bakery staple — in this case invented in, and named for, the city of Białystok, Poland. 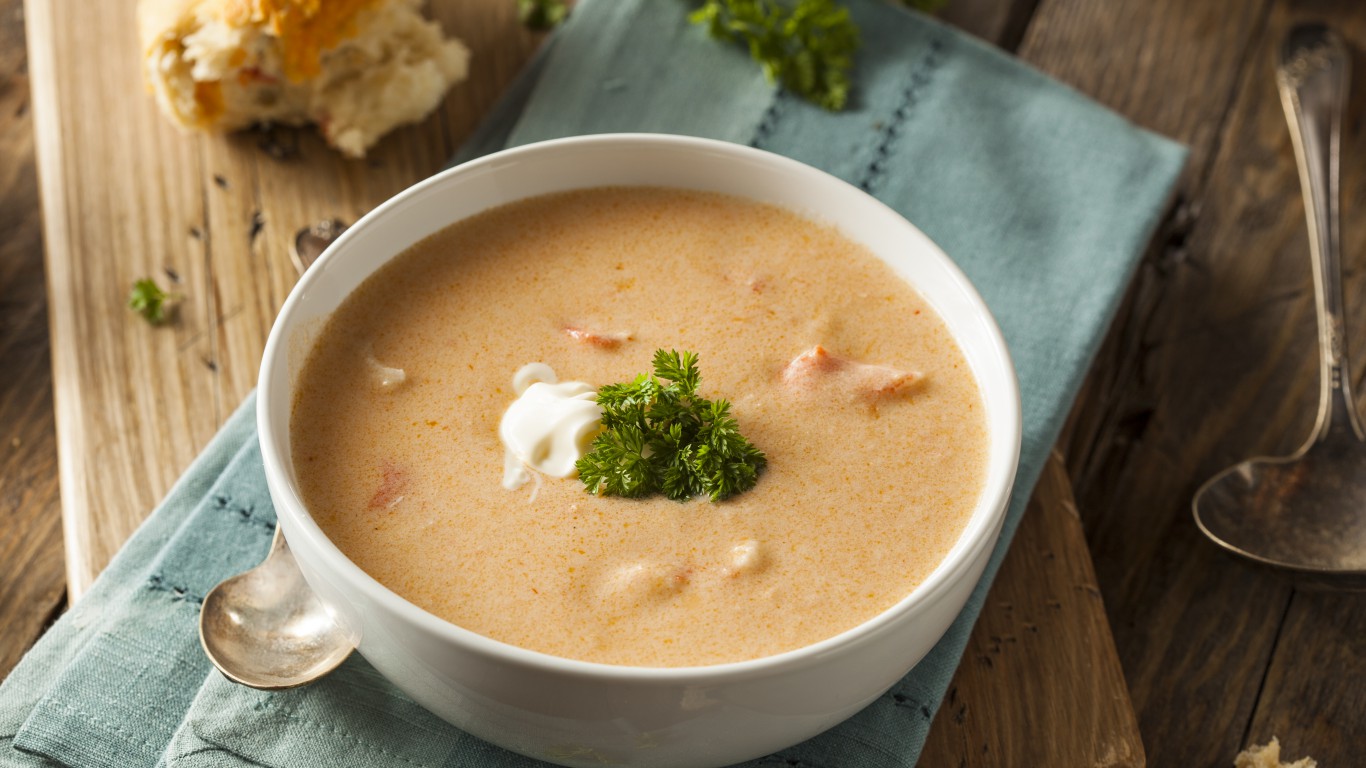 This opulent, creamy soup, usually based on some variety of crustacean — lobster bisque is a classic of old-school French cuisine — is believed to take its name from the Bay of Biscay, the broad gulf between the western coast of France and the northern coast of Spain. 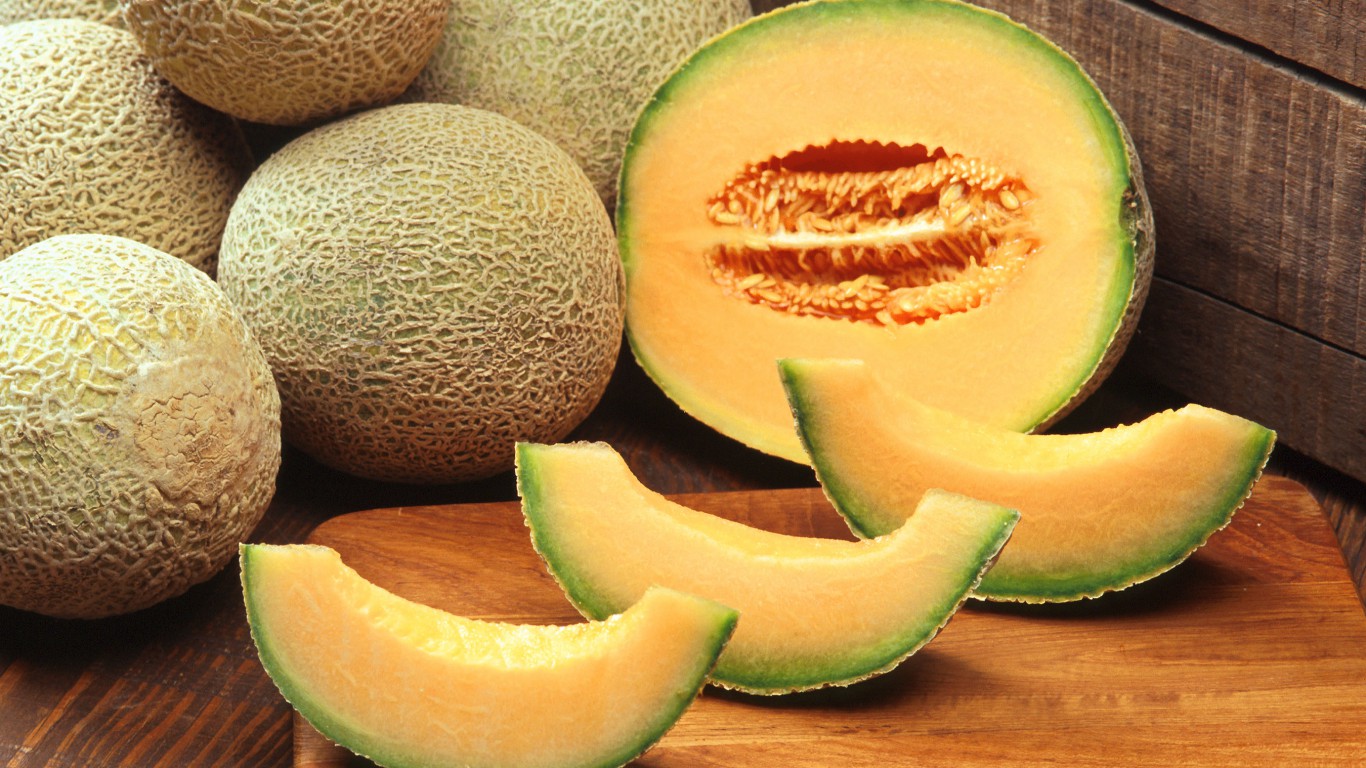 Sweet, juicy, and luminously orange-fleshed, this delicious melon arrived in Italy around the 15th century, probably from Persia by way of Armenia. It was first planted in the Papal Gardens in the commune of Cantalupo, near Rome, giving it its name. (Bonus fact: True cantaloupe has a smooth exterior. The melon we usually eat under that name, with a net-like pattern indented on its skin, is actually a related fruit properly known as muskmelon.) 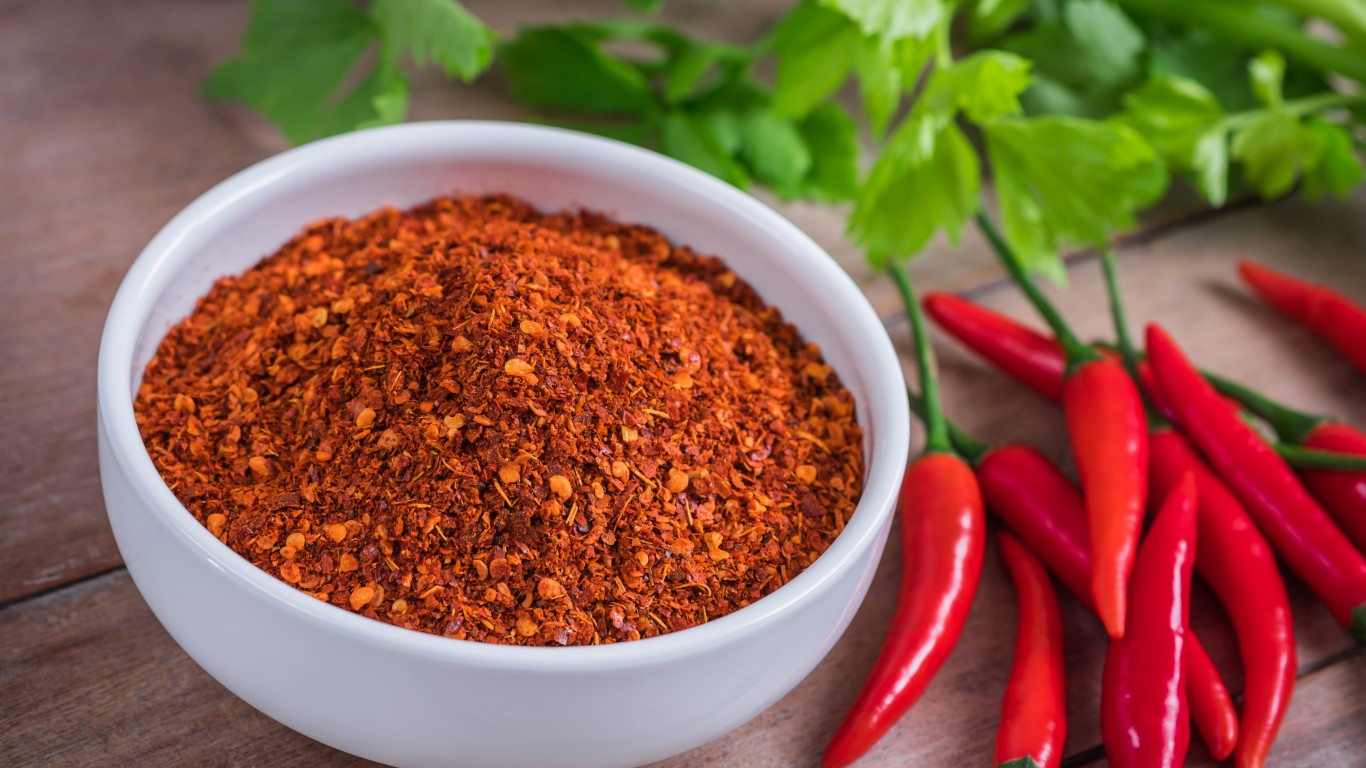 The bright red, moderately spicy cayenne pepper is most commonly seen in its dried and powdered form. Cayenne might take its name from an indigenous Brazilian word for “pepper,” but many researchers believe it was named for the trade in these chiles along the Cayenne River in French Guiana, a tiny nation that abuts Brazil on the northeastern coast of South America. 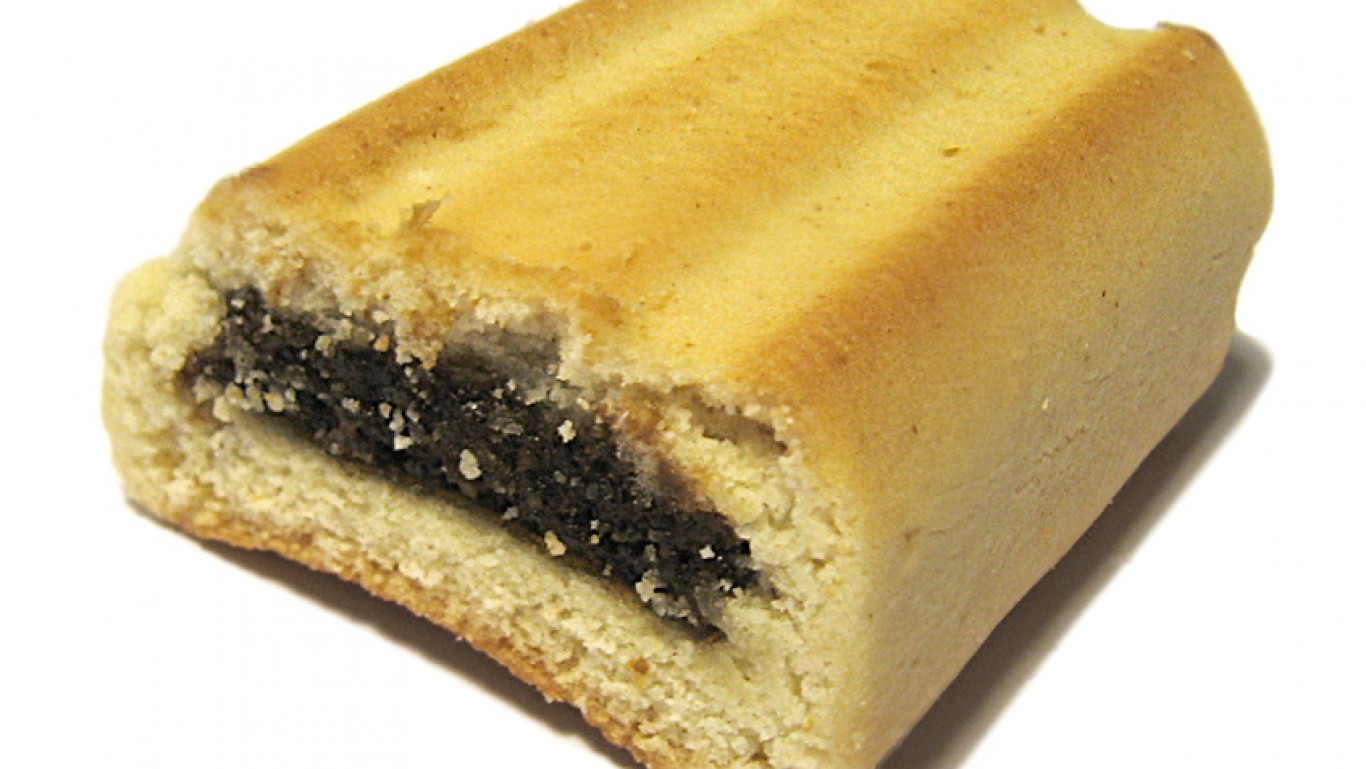 This love-it-or-hate-it confection was invented by Philadelphia baker Charles Roser in the late 19th century, originally as an aid to digestion. He promptly sold the recipe to the Kennedy Biscuit Company of Cambridgeport, Massachusetts, which named it after the neighboring community of Newton (“Fig Newton” being catchier than “Fig Cambridgeport”).