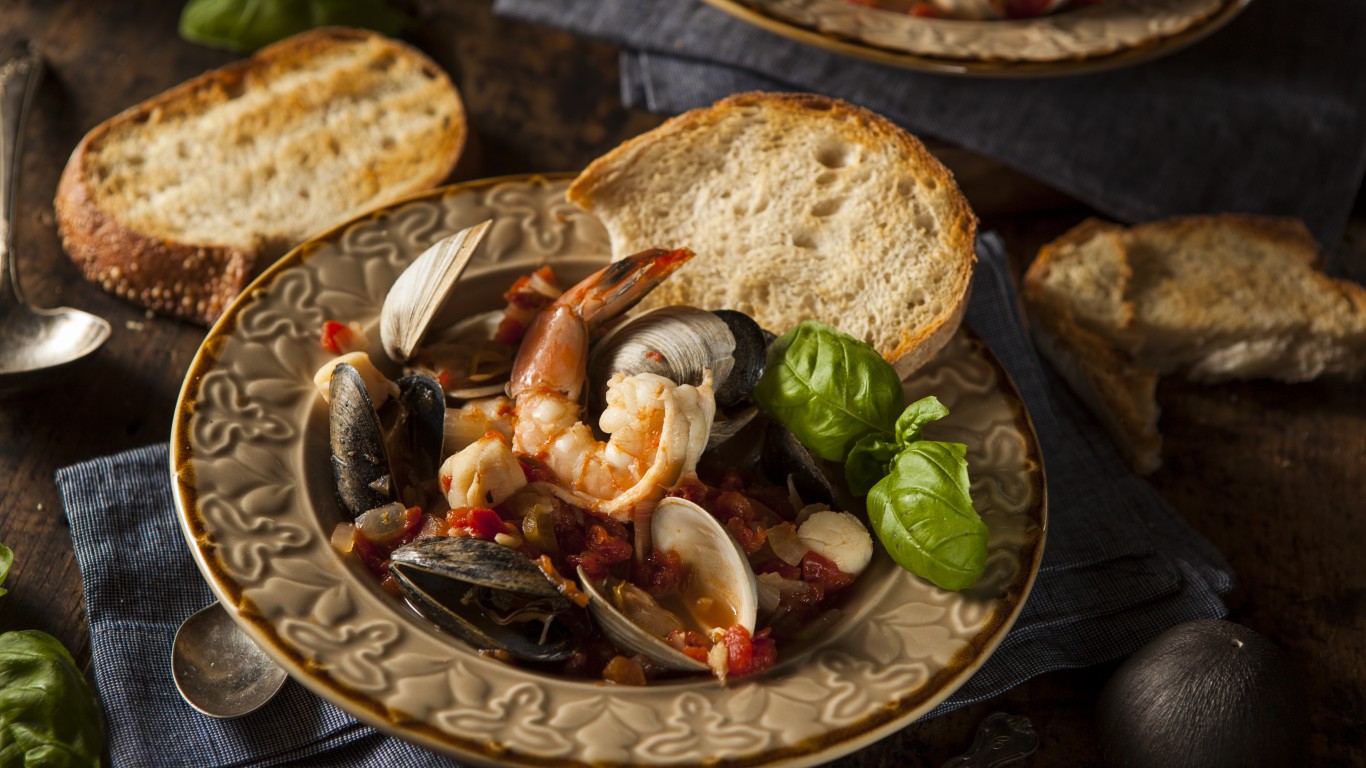 Ligurian fishermen make a dish called ciuppin, but that’s a puréed fish soup. The exuberant tomato-based stew called cioppino (CHOP-eeno), full of crab, shrimp, mussels, assorted fish, and other seafood, first appeared in the late 19th century around Fisherman’s Wharf in San Francisco. The area is settled by immigrants from Genoa and vicinity, but the stew has not made the journey back to Liguria. 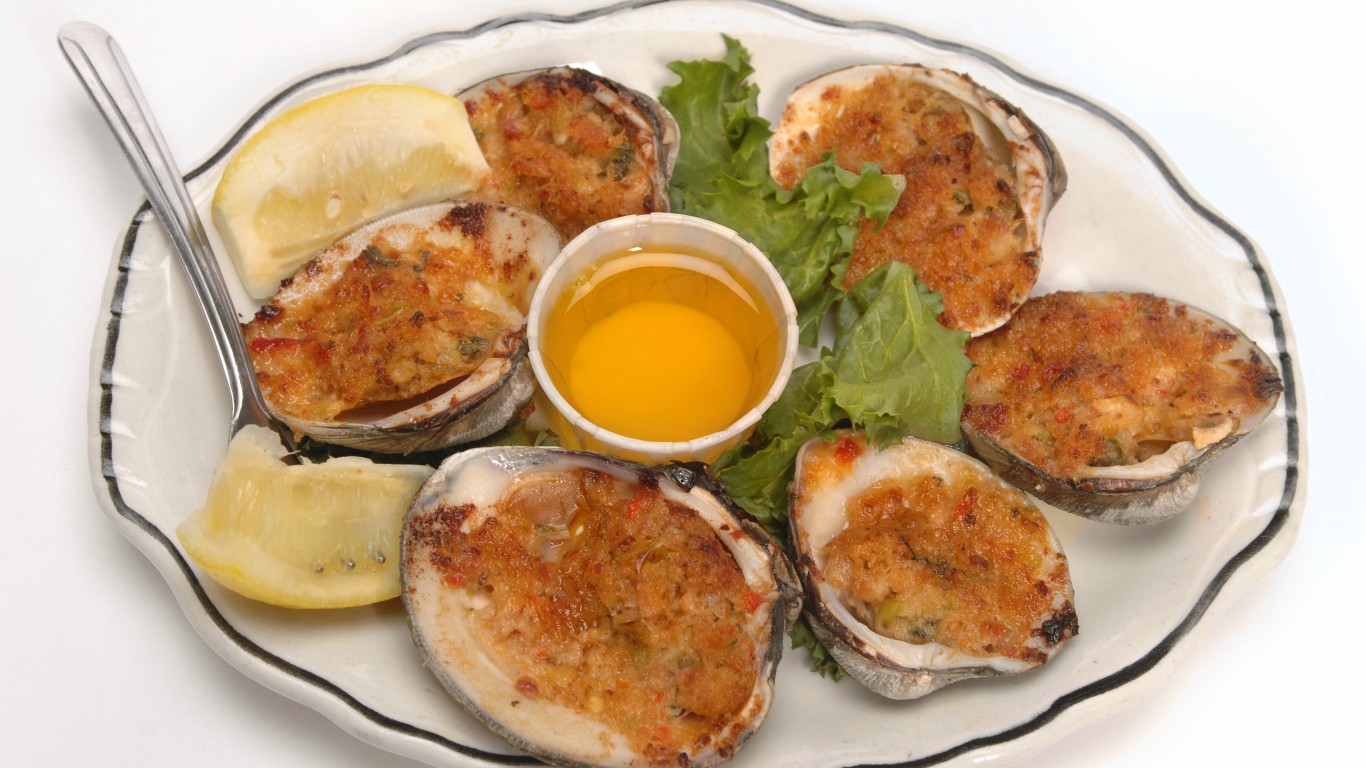 Though this dish — clams on the half-shell gratinéed with breadcrumbs mixture consisting of chopped bacon, garlic, and other ingredients — is popular in Italian restaurants all over America — but you’d be hard-pressed to find it in Italy itself. It seems to have been invented in Rhode Island, perhaps at a place called The Little Casino in Narragansett. 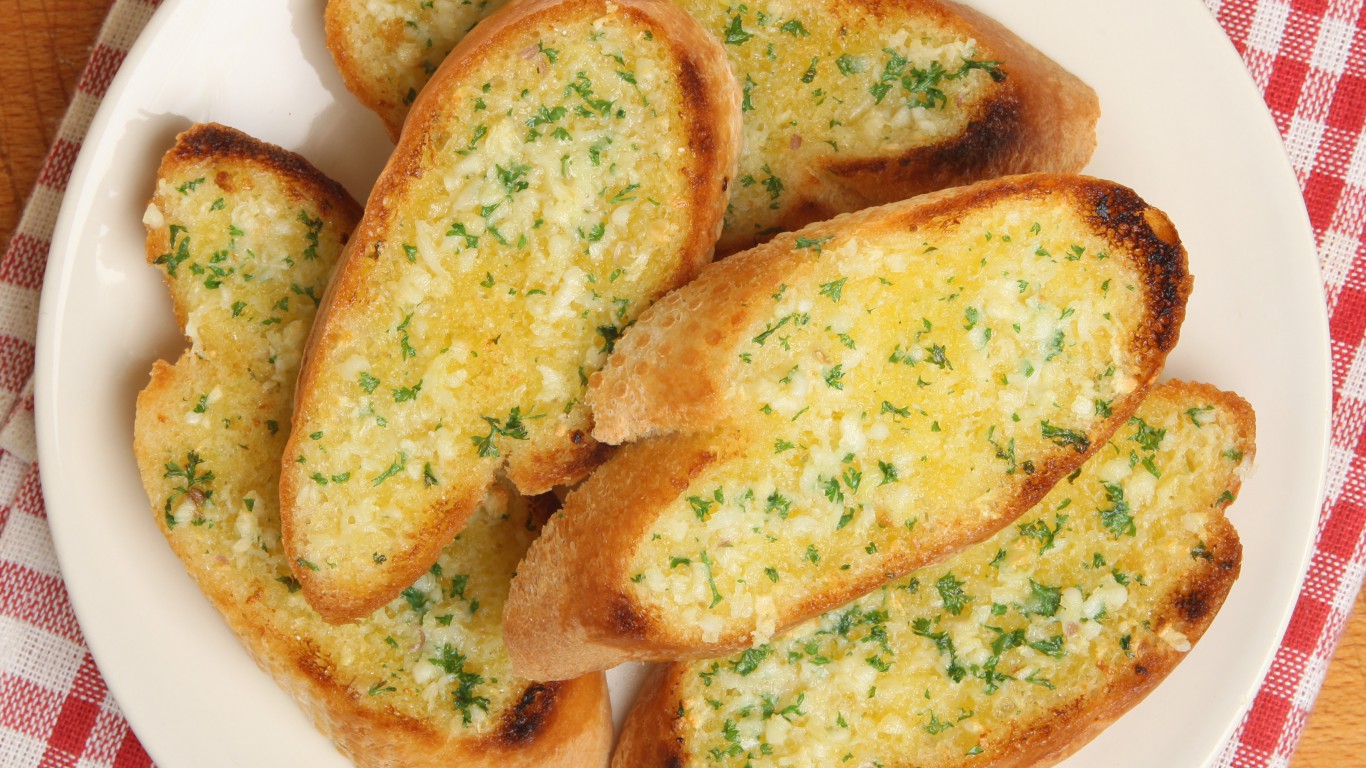 It Italy, garlic bread is called bruschetta — that’s “broo-SKET-ta” — or fettunta, and it’s nothing more than grilled country bread rubbed with a peeled raw garlic clove and drizzled with olive oil. Few Italians would recognize the well-buttered, garlicky (or garlic-powdery) baguette, sometimes with cheese added, that we know as garlic bread. 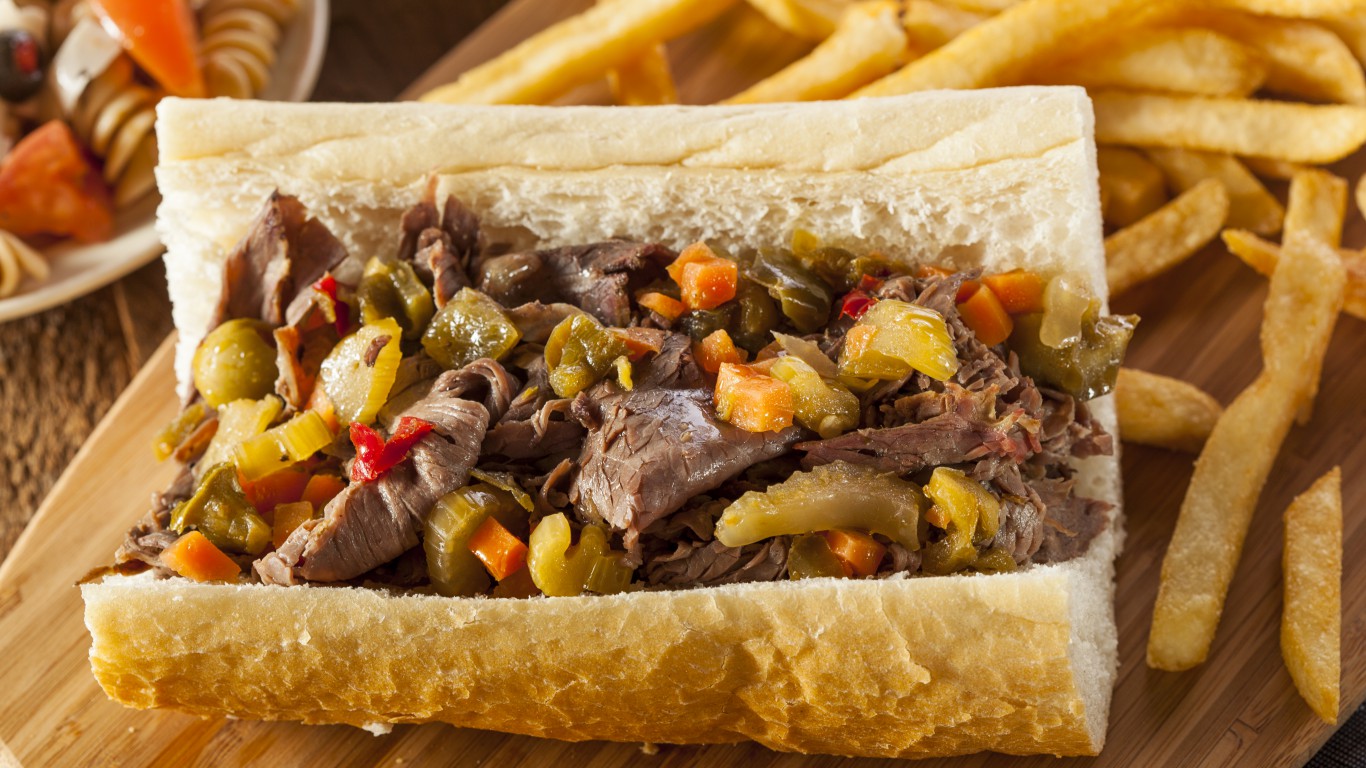 Few dishes could be less Italian in composition — or in spirit — than a pile of simmered and roasted thin-sliced beef heaped on a broth-moistened, long, soft roll and topped with pickled vegetables. Not surprisingly, then, this delicious sandwich originated right here, in Chicago, in the 1930s if not earlier. 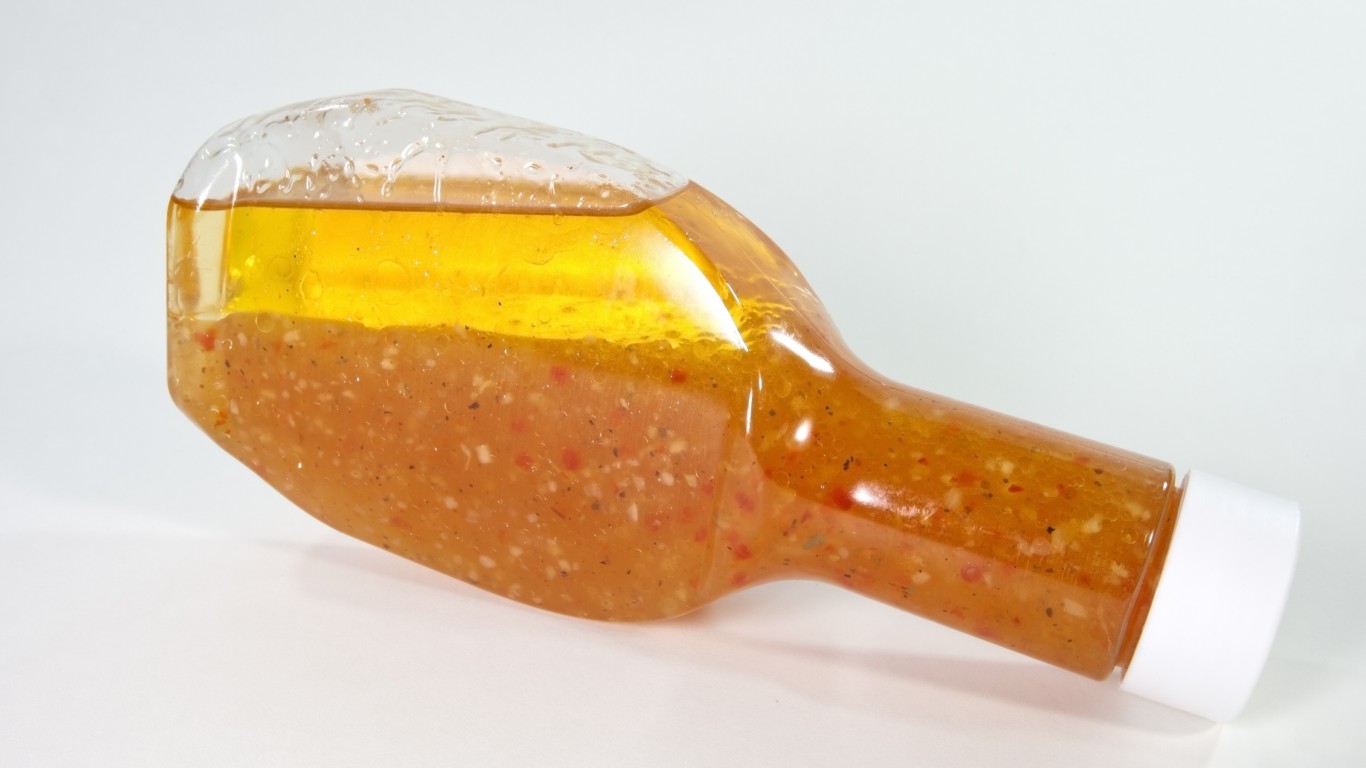 It’s common in Italy’s trattorias to see a server pouring olive oil and vinegar freely into a big bowl of assorted greens, sprinkling in enough salt to give your cardiologist a seizure, then tossing it with crazed abandon — to delicious effect. The French prefer to combine the ingredients for salad dressing ahead of time, often into a classic vinaigrette, but that’s rare in Italy.

Italian dressing — typically made with vegetable oil, vinegar, some kind of sweetener, and assorted herbs and spices — is more French than Italian in that sense, though it was invented in America, probably at a restaurant in Massachusetts in the 1940s.