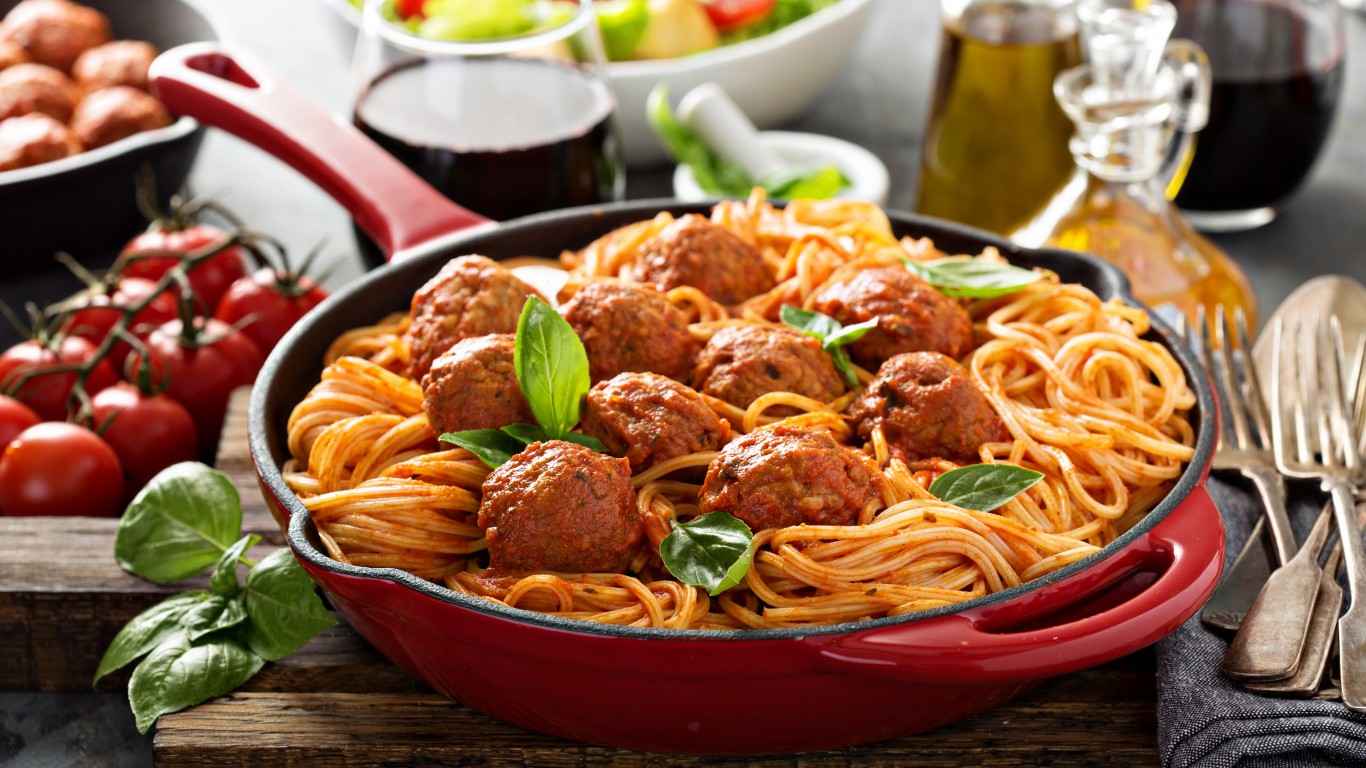 Italians eat meatballs, which they call polpette, by themselves, simply fried or draped in a savory sauce, usually tomato-based. Though different kinds of meat, ground or otherwise, are added to pasta in Italy, the idea of putting big spheres of it on a plate of thin noodles would probably never have occurred to anybody on that side of the Atlantic. The usual theory is that Italian immigrants in the early 20th century were suddenly able to afford meat on a daily basis, so they added it wherever they could. 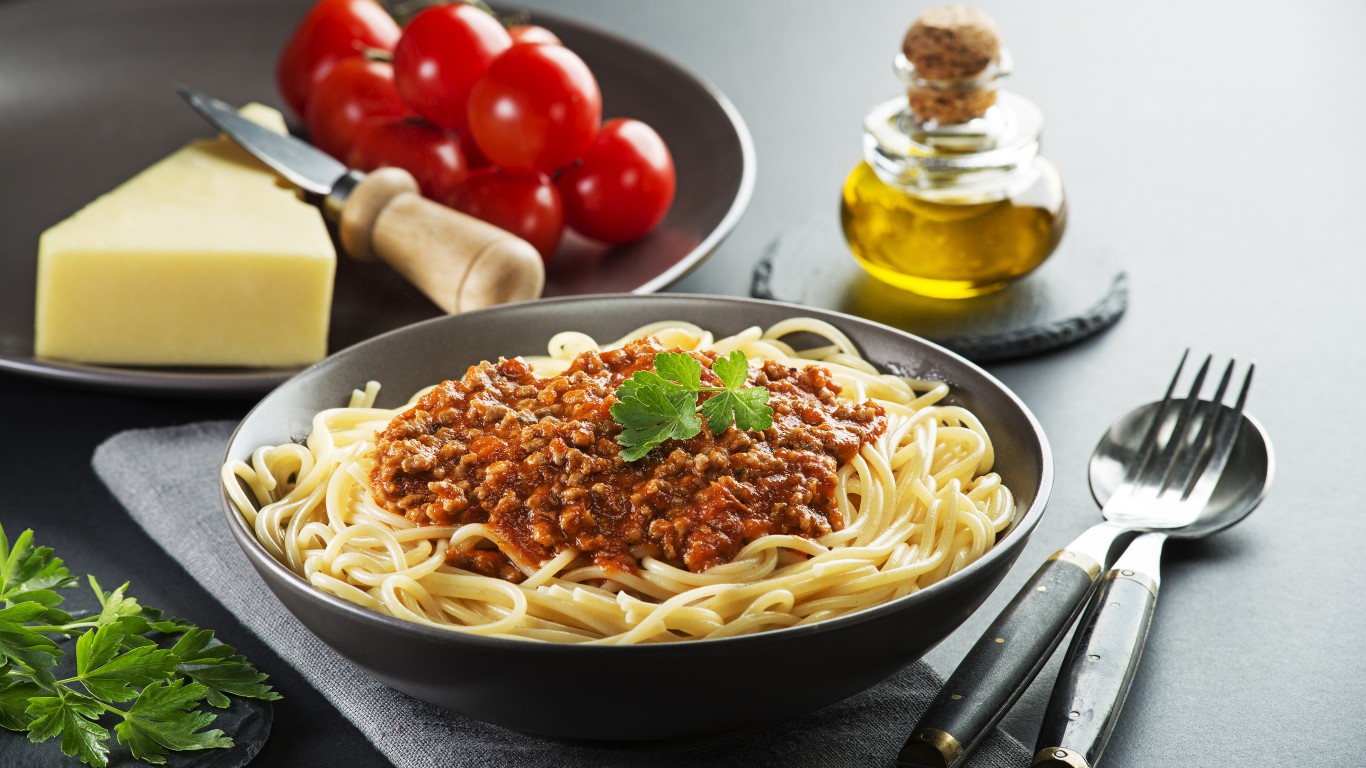 Bolognese sauce — from Bologna, the capital of Italy’s gastronomically rich Emilia-Romagna region — also called ragù, is a classic preparation of ground beef or veal with tomatoes (usually), garlic, wine, and sometimes other ingredients. In Italy, it is served mostly with tagliatelle, fettuccine, or other flat pasta. Few Italians would dream of using it with spaghetti, which would be considered too thin to properly hold the sauce. That aside, “spag bol,” as the British call it, is popular with just about everyone else. 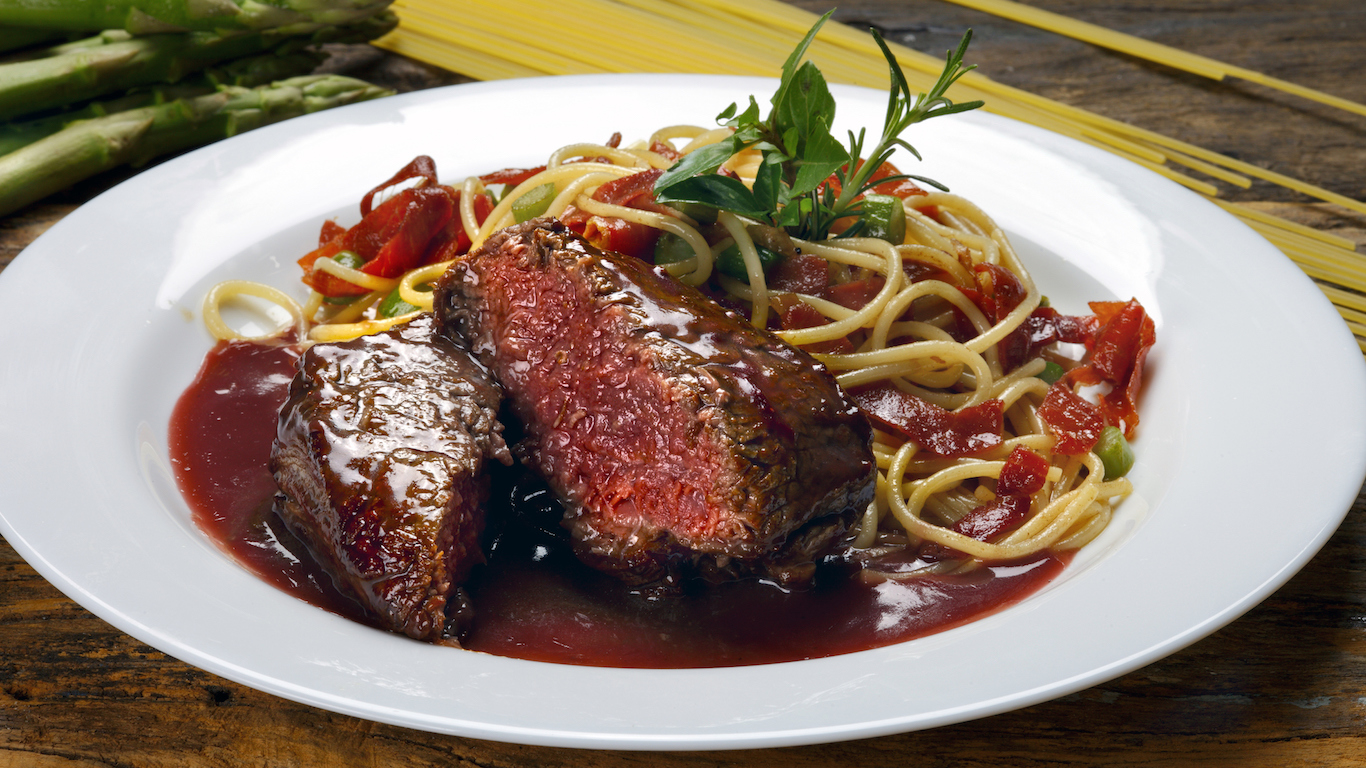 This preparation of pan-seared New York strip steak cloaked in a wine sauce with bell peppers and mushrooms was one of Frank Sinatra’s favorite dishes. It was reportedly invented for the singer at Patsy D’Amore’s Villa Capri, a popular celebrity hangout in Hollywood, in the 1950s. Sinatra’s fame spread worldwide, but his steak did not. 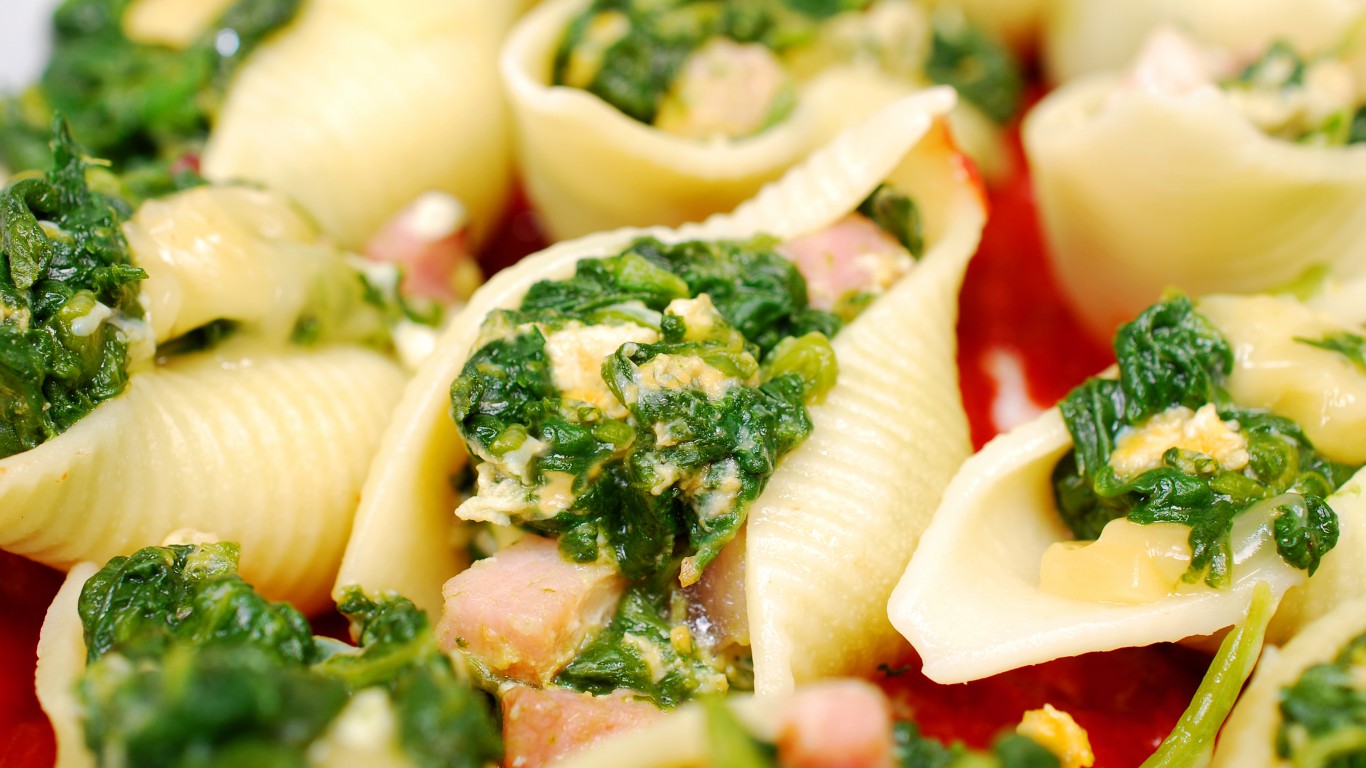 Baked, stuffed pasta, such as manicotti, is common in southern Italy, but the big seashell-shaped pasta variety called conchiglie, or simply “shells” in America, is more likely to be tossed with a dense sauce than laboriously stuffed. It is especially unlikely that anyone in Italy would fill it, as some American cooks do, with chopped-up chicken parm (see above) or Philly cheesesteak, much less, to quote one internet recipe, “butternut squash Alfredo.” 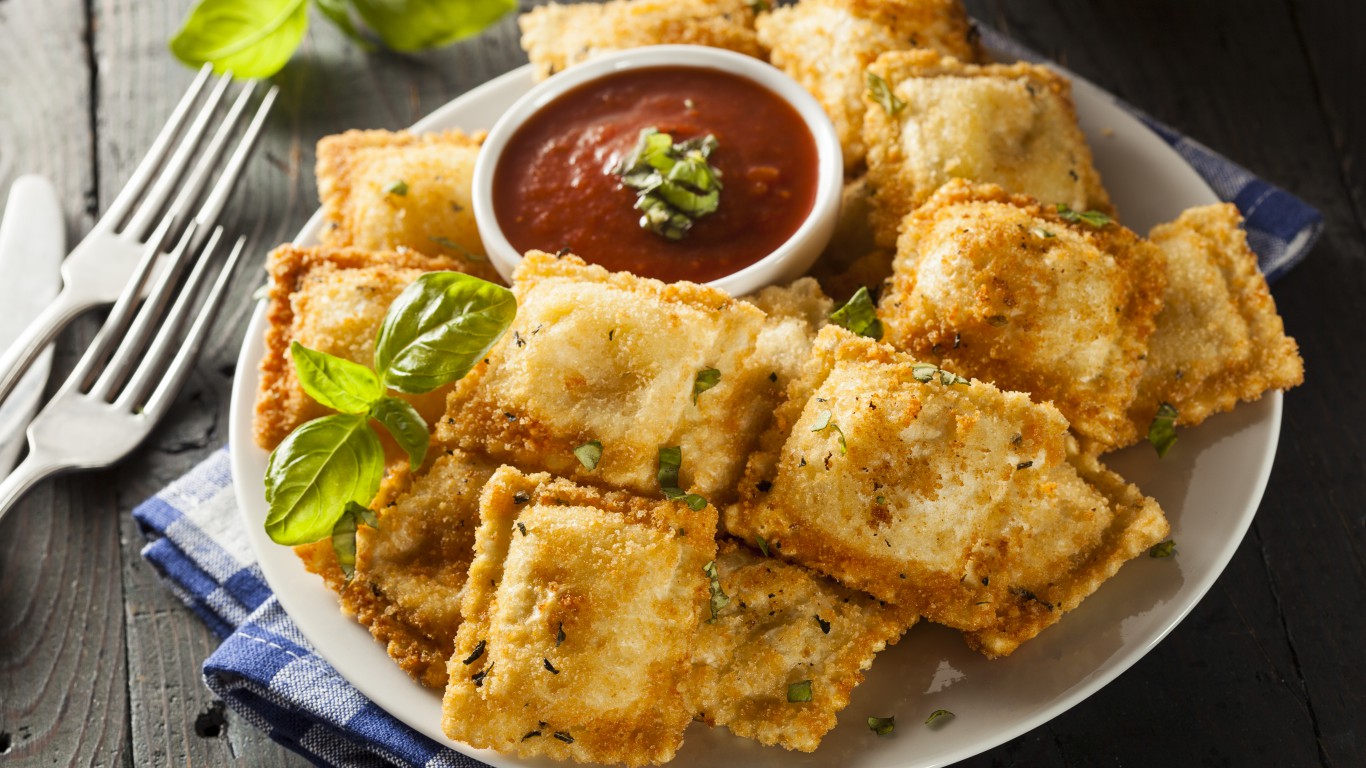 The name is a misnomer, because these delicious little packets of ground meat are not toasted, but breaded and deep-fried. Fried ravioli-shaped pastries, typically filled with ricotta or fruit preserves, are eaten in Sicily, but savory ravioli in this form apparently originated in the 1940s in the St. Louis Italian neighborhood known as The Hill. Toasted ravioli are usually dusted with finely grated parmesan cheese and inevitably served with marinara sauce for dipping.