In Memphis, serious financial hardship and high crime rate detract from the overall quality of life of many residents. Some 26.9% of area residents live in poverty, the largest share of any city in the state and well above the 14.0% U.S. poverty rate. Poorer cities often struggle more with crime, and Memphis is no exception. There were 1,830 violent crimes in the city for every 100,000 residents in 2016, a higher violent crime rate than in all but three other U.S. cities and nearly five times the comparable U.S. violent crime rate.

St. Louis is the worst city to live in in Missouri and third worst nationwide. A concentration of violence in parts of the city makes St. Louis a particularly difficult place to live. There were 1,932 violent crimes for every 100,000 city residents in 2016, the third highest violent crime rate of any U.S. city and five times the comparable U.S. rate. Crime rates are often higher in economically depressed areas, and St. Louis is a relatively poor city. Some 23.8% of residents live below the poverty line, a higher poverty rate than in the majority of U.S. cities and nearly 10 percentage points above both the U.S. and statewide poverty rates of 14.0%.

As is the case in nearly every other Midwestern city on this list, St. Louis is losing residents. The city’s population fell by 11.2% over the past decade, even as the U.S. population expanded by 7.1%. 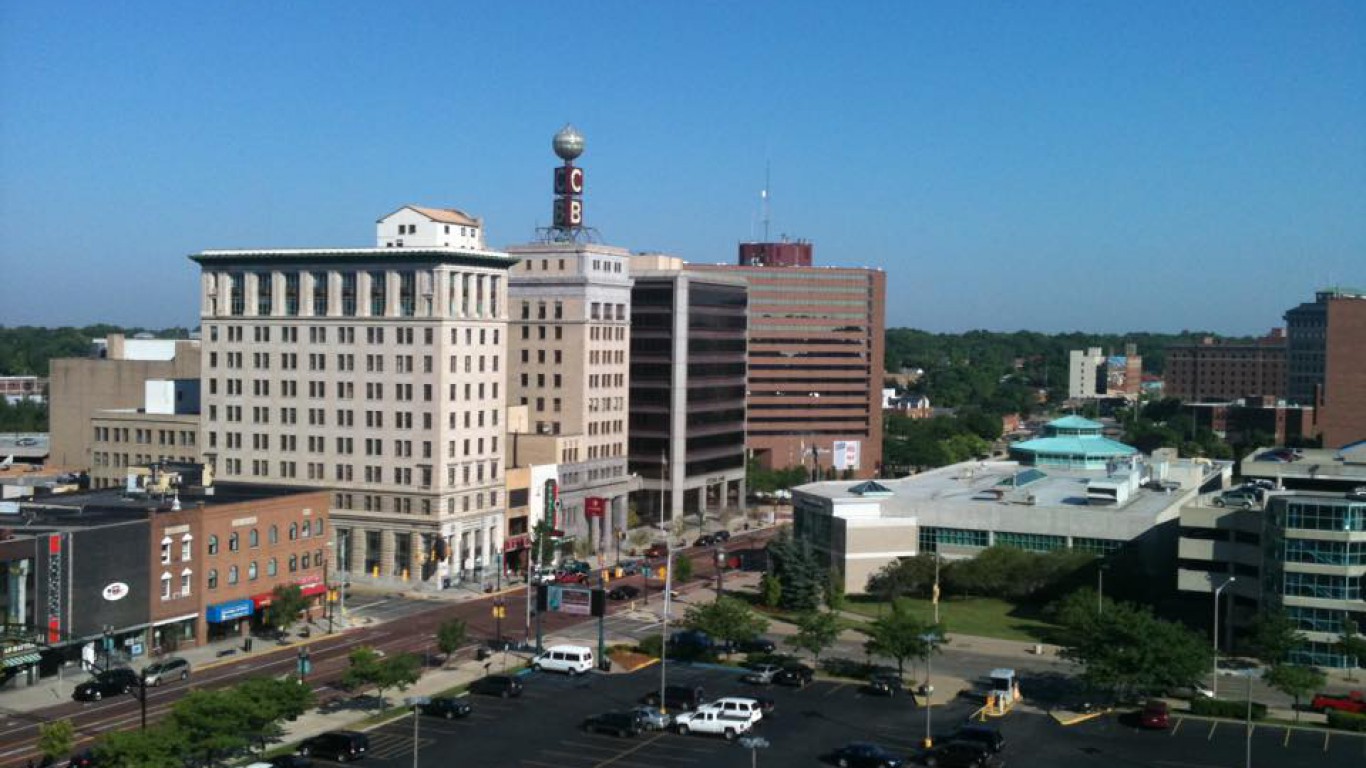 Flint is second worst city to live in in both Michigan and the United States as a whole. Some 44.5% of Flint’s population lives below the poverty line, the highest poverty rate of any city in the country. Financial hardship in the city is precipitated in part by a lagging job market. The city’s 9.8% unemployment rate is double the annual U.S. unemployment rate of 4.9%. The city may be an unattractive place for many employers and small business owners to operate in, both because of high crime rates and the relatively small college-educated population. Flint’s violent crime rate of 1,587 incidents per 100,000 people is more than triple the state violent crime rate. Also, only 10.5% of city residents have a bachelor’s degree, about a third of the 31.3% share of American adults. 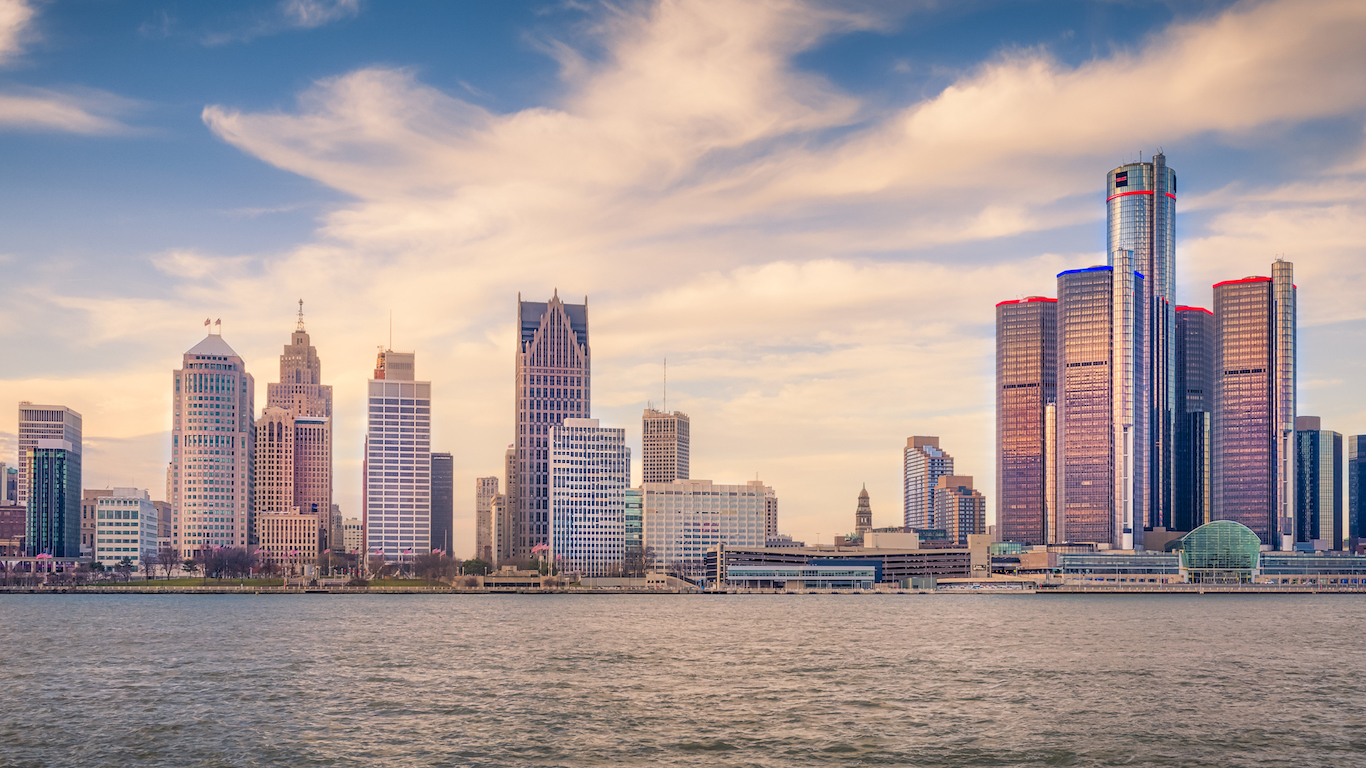 The poster child of American post-industrial urban decline, Detroit, Michigan, ranks as the worst city in the country to live in. Once home to 1.8 million residents at the peak of U.S. auto manufacturing in the 1950s, the city is now home to fewer than 700,000 after decades of decline.

A poor, economically depressed city, more than one in every three Detroit residents live below the poverty line. The city also has one of the highest unemployment rates in the United States, with 10.9% of the workforce out of a job. Detroit is also dangerous. It is the only city in the country where there were over 2,000 violent crimes for every 100,000 residents in 2016.