San Bernardino is the second worst city to live in in California and one of the worst in the country. San Bernardino’s 29.4% poverty is the third highest in the state and more than double the U.S. poverty rate. Widespread financial hardship is likely tied to the lack of available jobs in the city. Some 7.3% of workers are out of a job, well above the 5.4% statewide unemployment rate. Employers and small business owners may be discouraged from operating in the city because of the high concentration of crime. There were 1,331 violent crimes in the city for every 100,000 residents in 2016, about three times the statewide violent crime rate. 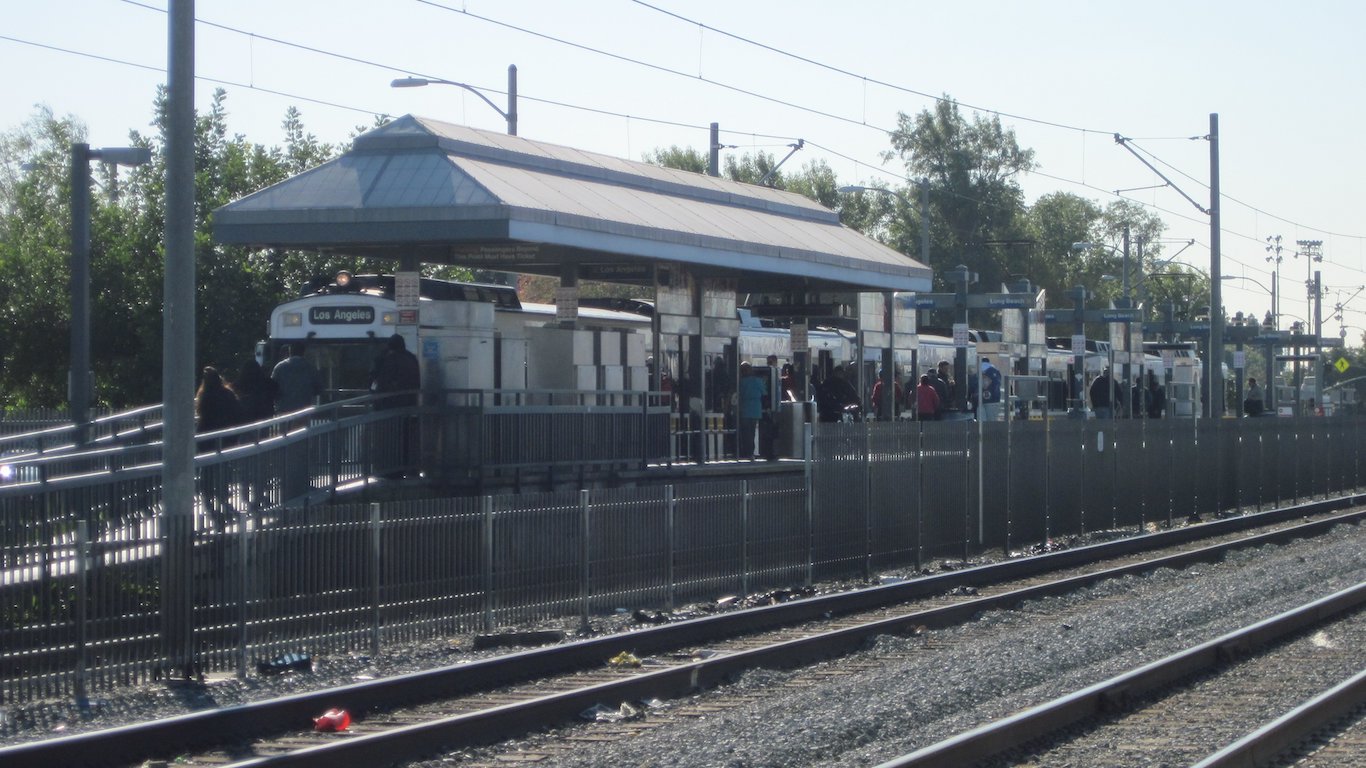 The typical household in Florence-Graham earns just $34,738 a year, almost half the $67,739 the typical California household earns. The city’s lower income residents face additional financial strain with a high cost of living. Goods and services in Florence-Graham are about 37% more expensive than they are on average nationwide.

High-paying jobs are often only available to those with a college education and the low incomes in Florence-Graham may be attributable to a relative lack of college-educated workers. Just 4.4% of adults in the city have a bachelor’s degree or higher, the smallest share of any U.S. city and just a fraction of the national bachelor’s degree attainment rate of 31.3%. 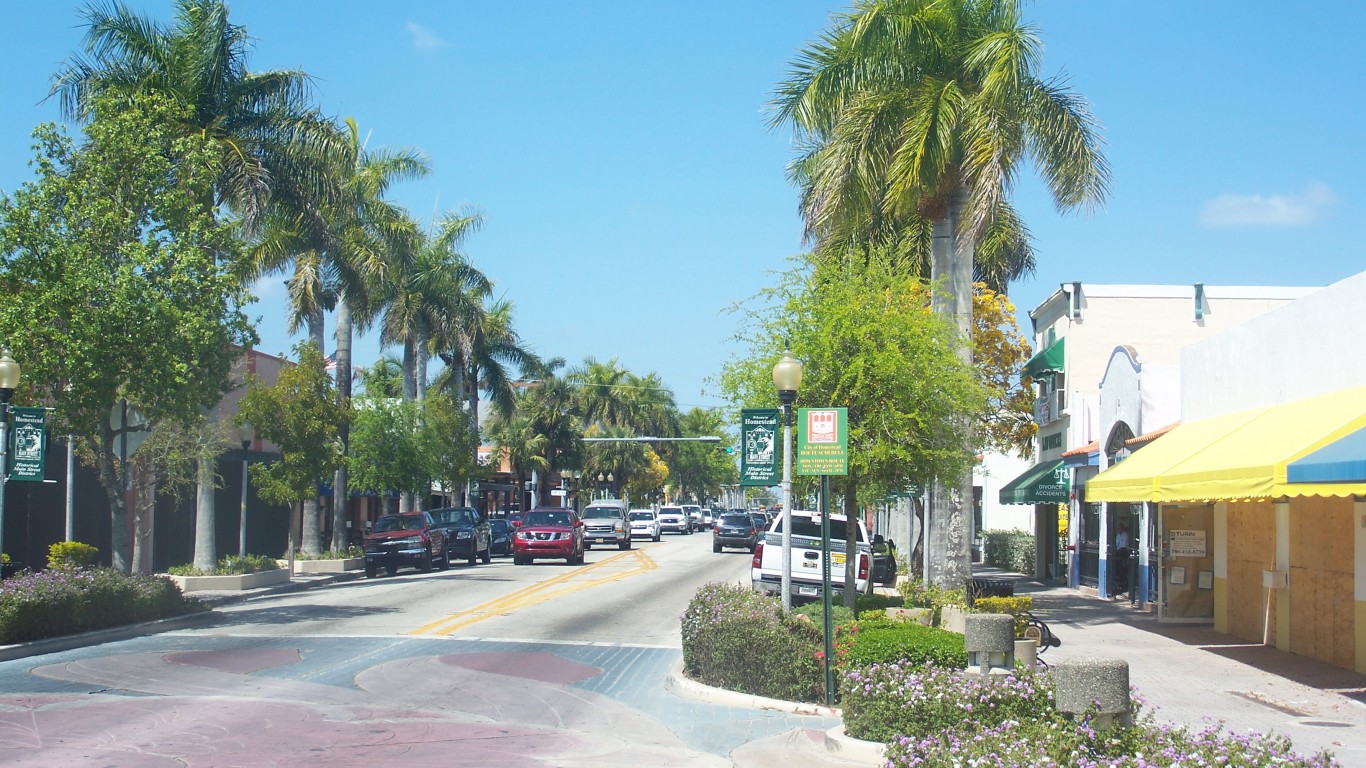 One of three cities in Miami-Dade County to rank among the worst places in the country to live, Homestead is the worst city in Florida and 14th worst nationwide. The typical household in Homestead earns just $32,001 a year compared to the national median income of $57,617. Residents’ financial strain is compounded by the city’s a high cost of living. Goods and services are 15% more expensive in Homestead than they are on average nationwide.

Most cities have high concentrations of bars, restaurants, and cafes, but Homestead is an exception. The number of bars and restaurants in for every 100,000 people is less than half the average concentration across the United States as a whole.

Hartford is the worst city to live in in both Connecticut and the broader New England region. The typical Hartford household earns $36,637 a year, less than half the median income in Connecticut of $73,433. Low-income individuals in the city are put under additional financial strain as goods and services are 17.3% more expensive in the city than they are on average nationwide. A bleak jobs picture in the city is partially to blame for the low median income. Some 9.4% of workers are out of a job, the largest share in New England and nearly double the 4.9% 2016 annual U.S. unemployment rate.

The city’s poor economic conditions may be driving people out of Hartford. In the last five years, Hartford’s population shrank by 1.3% even as the national population increased by 3.7%.

As is the case with nearly every Midwestern city on this list, Milwaukee’s population is shrinking. In the last five years, the city’s population count fell by 0.5%, even as the U.S. population grew by 3.7%.