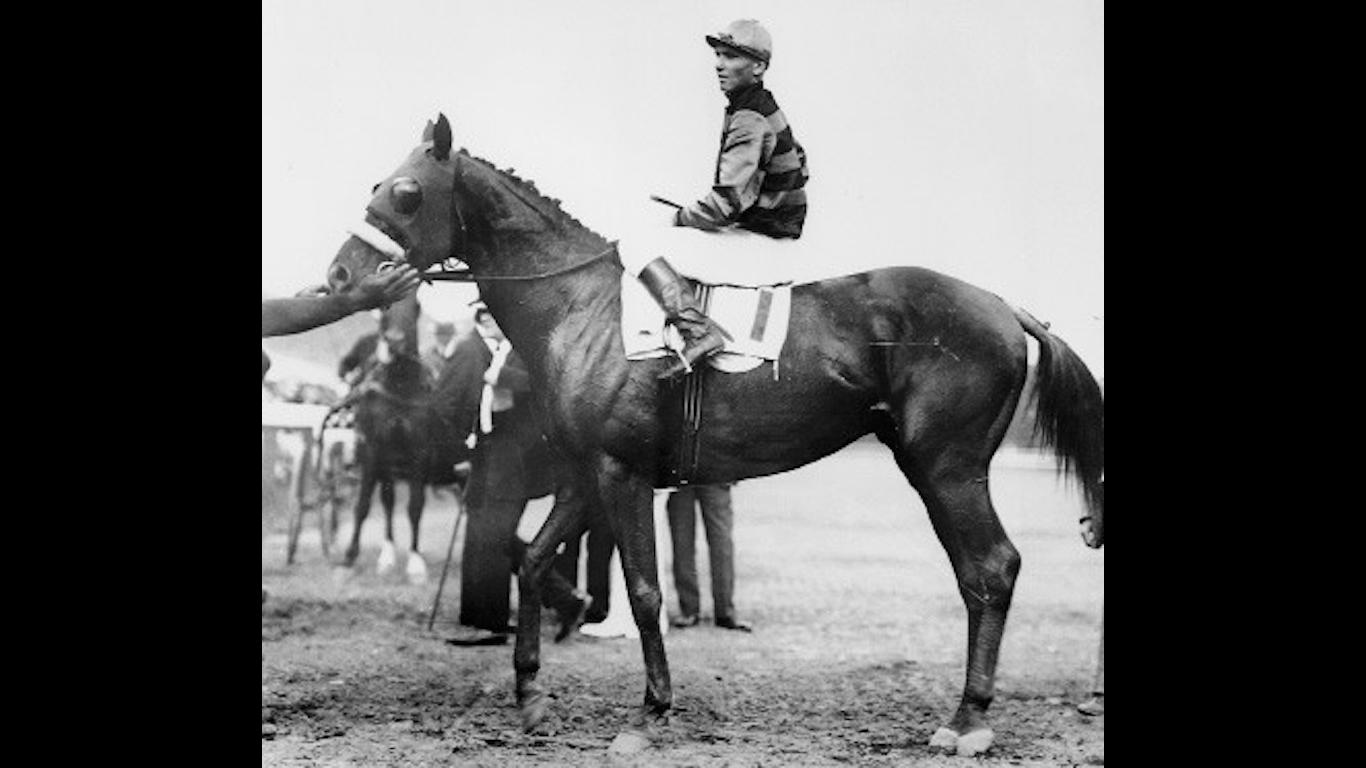 Sir Barton was the first to earn the prestigious Triple Crown honor. Right when the thoroughbred turned three in 1919, he competed in the Kentucky Derby and beat the race favorite, Billy Kelly, by an impressive five lengths on a sloppy track. At the Preakness Stakes, Sir Barton led the entire way, beating out competitor Eternal by four lengths. He won the Belmont Stakes by five lengths over Sweep On, setting an American record.

Before Sir Barton turned four, the horse had already been recognized as the best horse of the year and racked up a total of $88,250 in earnings, making him the leading money winner of his time. 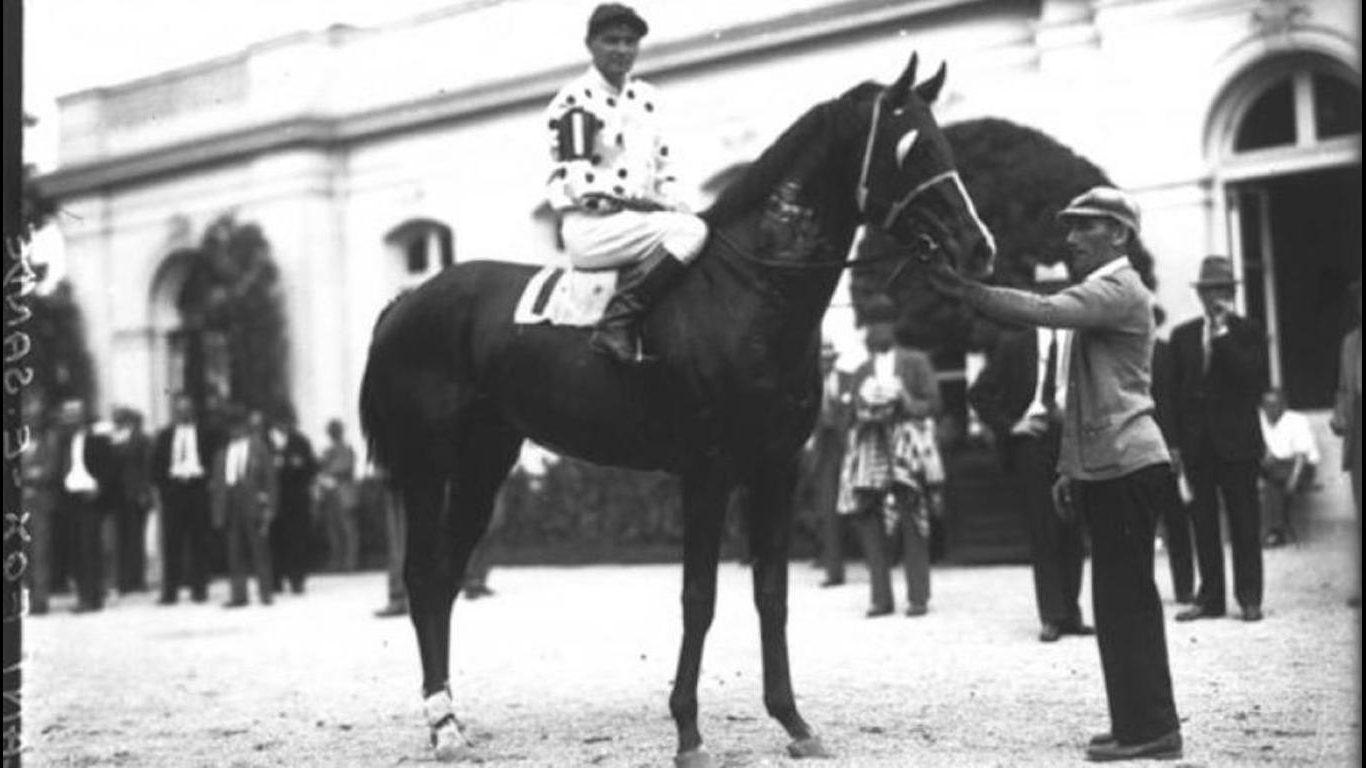 Also known as the Fox of Belair, Gallant Fox was the second racehorse in history to win the Triple Crown title. Legendary jockey Earl Sande actually came out of retirement just so he could ride the horse while in its peak shape. In 1930, Fox won the Preakness Stakes, which at the time was scheduled before the Kentucky Derby. The steed went on to win the Derby and the Belmont Stakes.

Gallant Fox kept his winning streak going, finishing first in both the Dwyer Stakes and Arlington Classic, but he was defeated by Jim Dandy on a muddy track at Travers. Fox made a comeback, winning three consecutive races after his defeat. He became the first racehorse to accumulate more than $300,000 in earnings in one year. 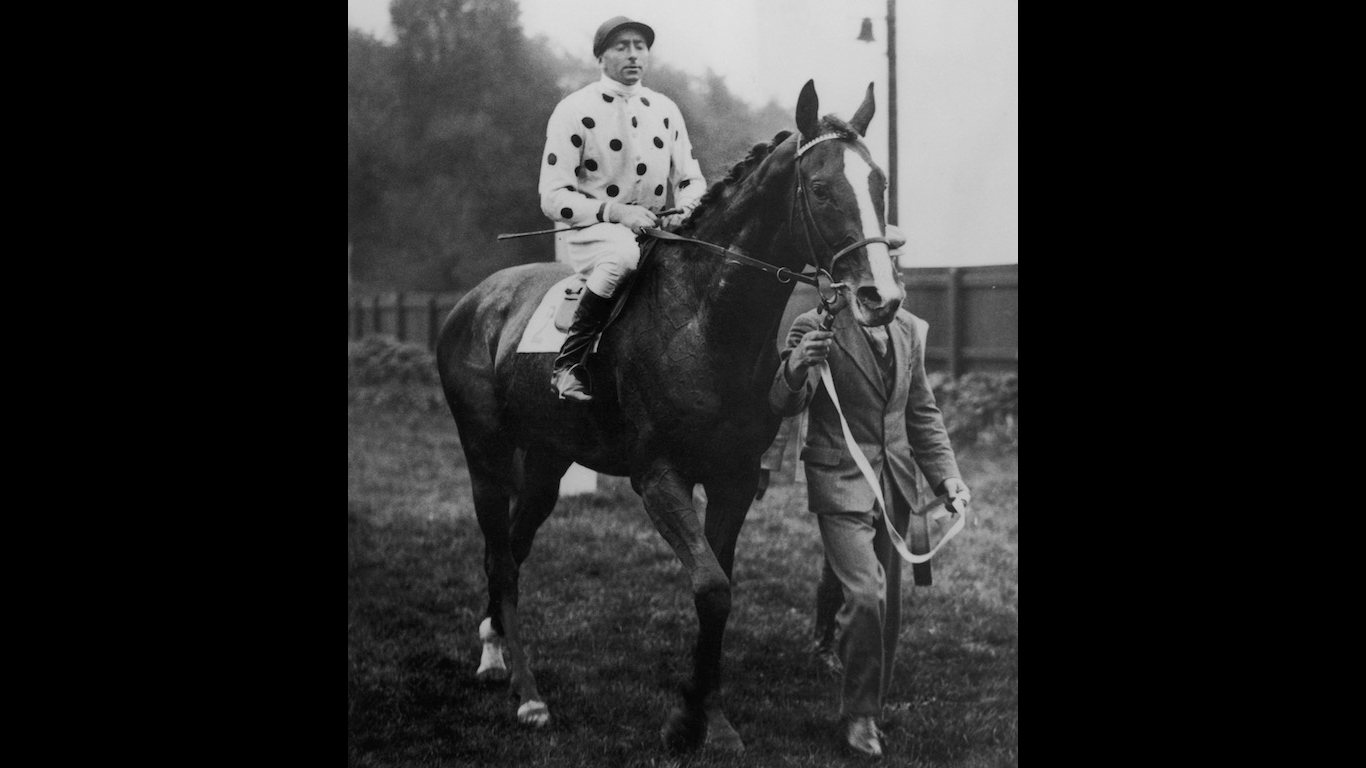 Omaha was the offspring of former winner of the Triple Crown, Gallant Fox, and they are the only father and son duo to win the Triple Crown. Needless to say, Omaha’s trainer James Fitzsimmons — who had also trained Fox — had high expectations for the racehorse. By 1935, Omaha was expected to finish second at the Kentucky Derby, behind the female horse Nellie Flag, whose parents were both successful racehorses. It was Omaha who came from the outside and took the lead, winning the race by over one length.

Omaha went on to win the Preakness Stakes by six lengths just one week after the Derby. Racing conditions were far from ideal at the 1935 Belmont Stakes, which was Omaha’s final challenge in following his father’s footsteps in acquiring the Triple Crown. The rain-saturated track didn’t thwart Omaha from beating out his biggest competitor, Firethorn, and earning the Triple Crown title. 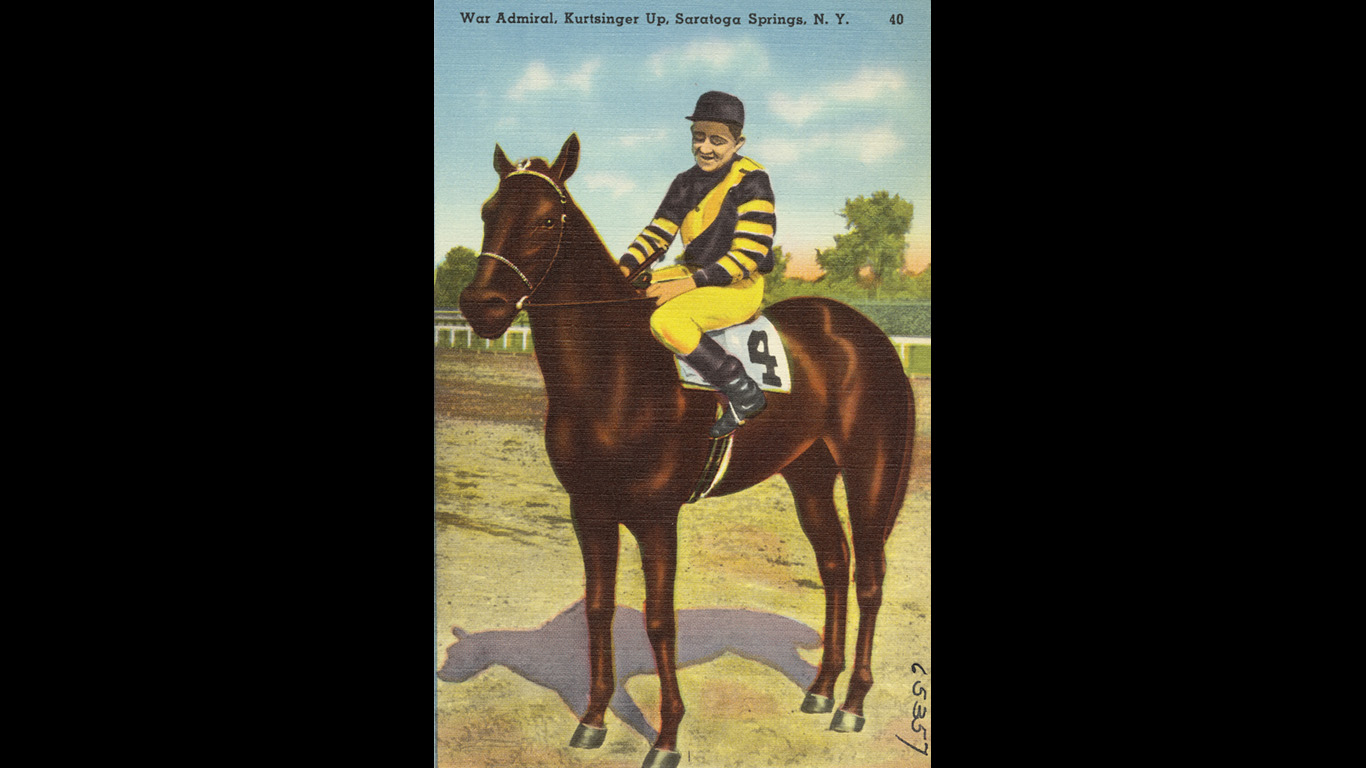 War Admiral was one of the many successful racehorses that was the son of the 1920s superstar horse and Hall of Famer, Man o’ War. For perspective on the kind of genes War Admiral had, Man o’ War was an equine freight train that set many records, including two American records and three world records. Admiral may not have been as big in size as his father, but his innate talent and disposition were enough to win him the Kentucky Derby, a race Man o’ War never competed in. To say this racehorse was tenacious is an understatement.

Admiral injured himself just minutes before the start of the Belmont, the final leg of the Triple Crown. The horse slashed his right forefoot while acting out in the starting gate, but he still won the race by three lengths. 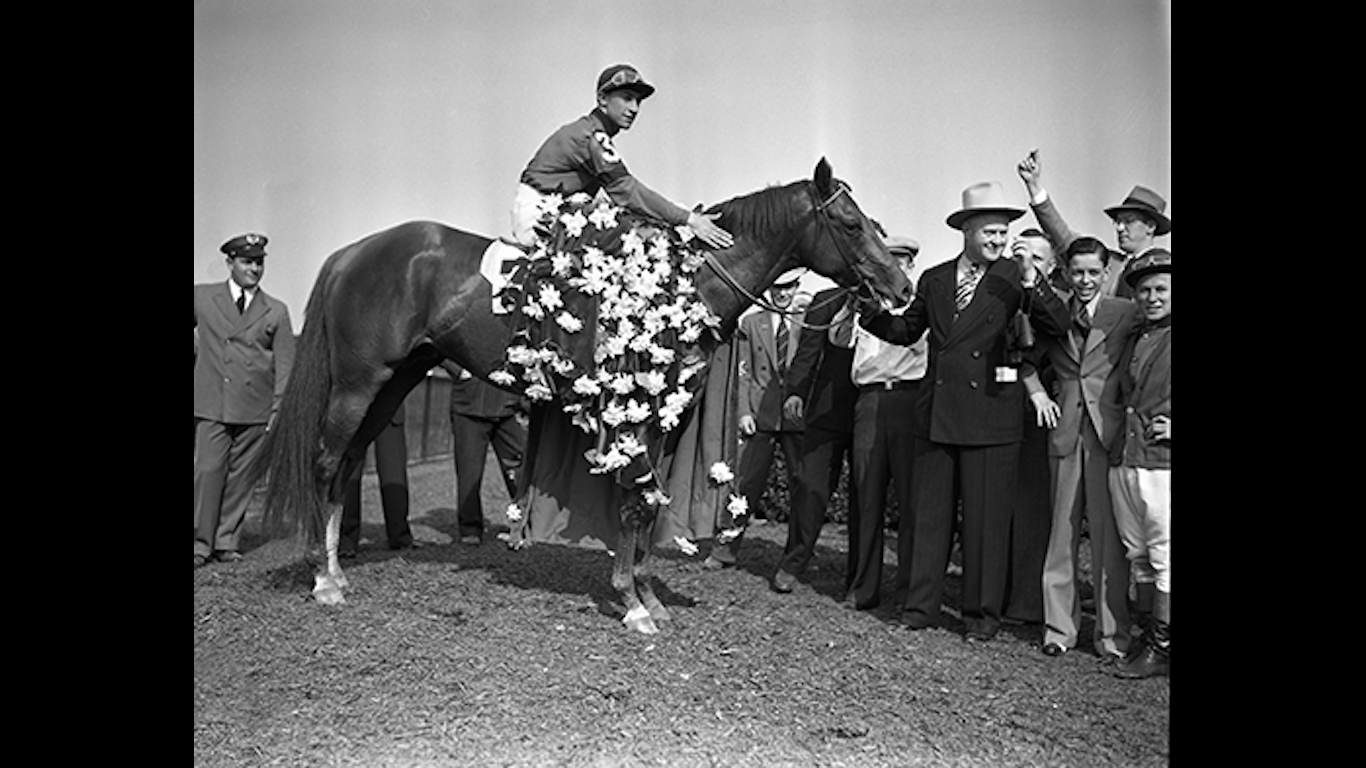 The fifth horse to win the Triple Crown, Whirlaway, was a difficult horse to train. In the early stages of coaching, trainer Ben Jones had to design a blinker device so that Whirlaway wouldn’t bolt to the outside rail of the racetrack. The horse’s behavior was so unpredictable, some even described it as bratty, that jockey Eddie Arcaro evidently never looked forward to riding Whirlaway. However, Arcaro — like many horse-racing fans in the early 1940s — anticipated the results.

Besides winning the Triple Crown in 1941, the strong-willed steed reached the winner’s circle for the Travers, American Derby, Dwyer, Saranac, and Lawrence Realization races.