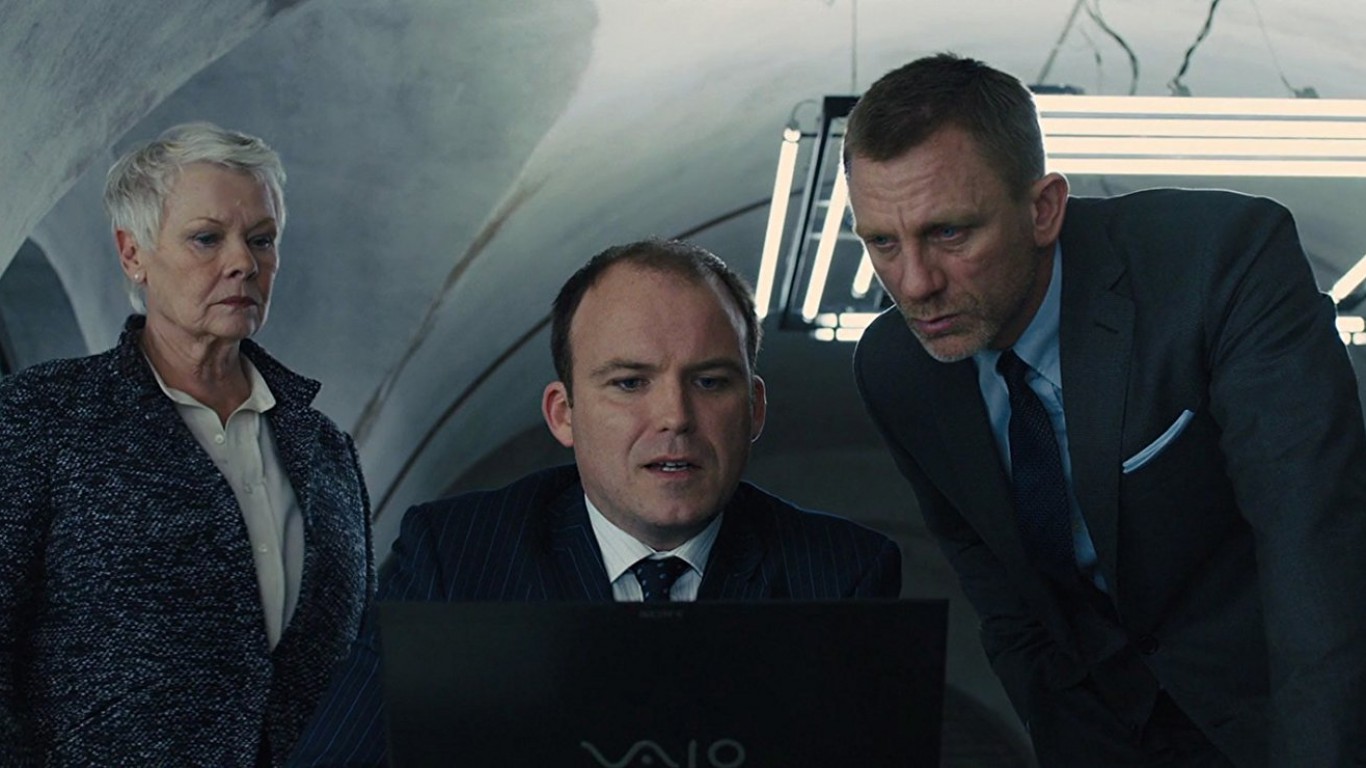 “Skyfall” is, according to fans and critics, the best Bond film of them all. This view is supported by the numbers. The film grossed over $304 million at the domestic box office – over $100 million more than “Spectre,” which is the second highest grossing film in the series. The film also scored five Oscar nominations – more than any other Bond flick – and won two. It was also the first Bond movie to be filmed in China – an element that may have helped it become the first movie in the franchise to gross over $1 billion worldwide.