Only 10.4% of adults in Fort Collins report they are in fair or poor health, the third lowest share of any metropolitan area. Area adults also report some of the fewest mentally and physically unhealthy days per month at 3.2 and 3.0, respectively — both of which are among the lowest figures nationwide. Adults in Fort Collins are among some of the healthiest in the country likely due to their healthy habits. Nearly 87% of the adults are physically active, the fourth highest share of any metropolitan area. The adult obesity rate of just 17.8% is the third lowest share in the country. Additionally, only 12.6% of area adults smoke, in contrast to the 17.0% of American adults who smoke nationwide. 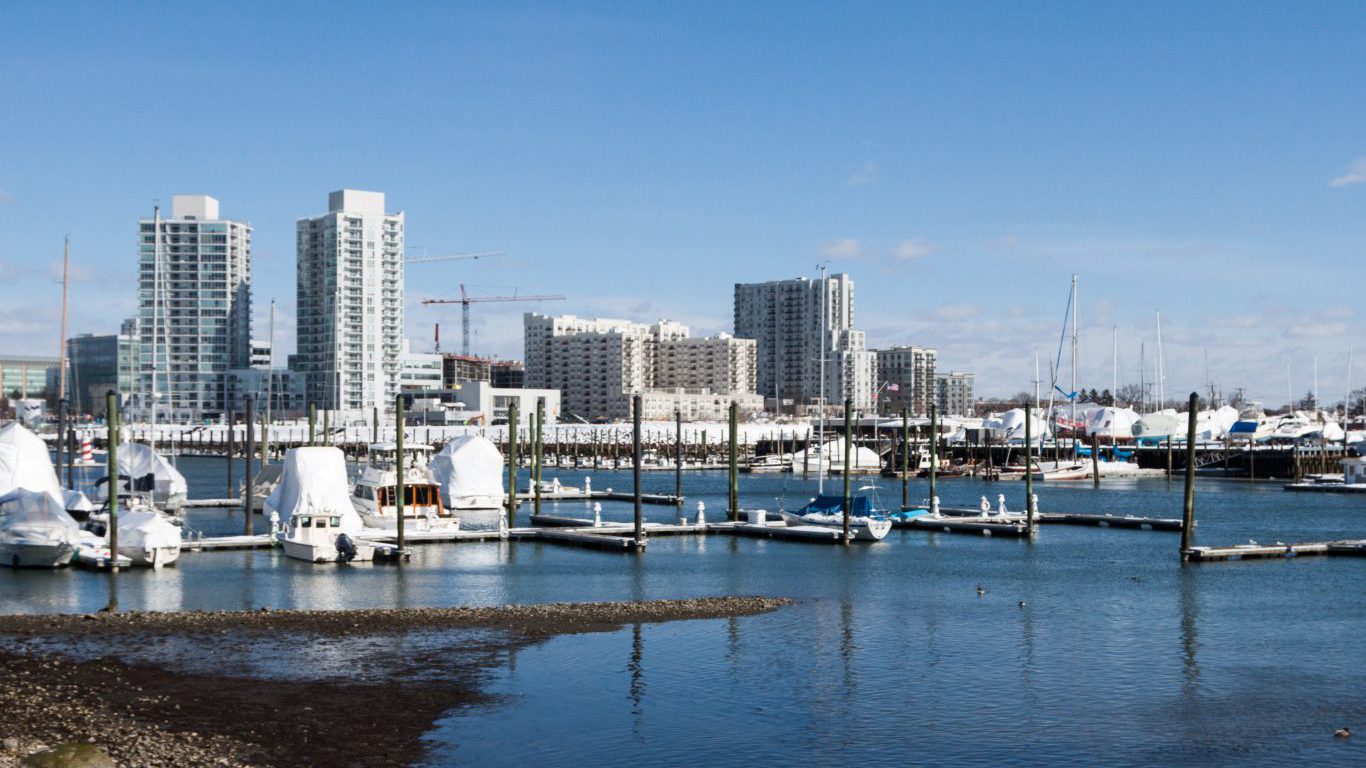 Financial stability is a contributing factor to good health. People who earn higher incomes are less likely to struggle to afford healthy food or medical treatment. Residents in the Bridgeport-Stamford-Norwalk metropolitan area are some of the wealthiest in the nation. The area’s median household income of $90,123 a year greatly exceeds the national median of $57,617 and is the fourth highest median income in the country. Due in part to higher incomes, only 3.2% of residents struggle to afford food, one of the smallest food insecurity rates of any city in the country.

Further contributing to good overall health is the low smoking rate in Bridgeport. Some 10.4% of area adults smoke, among the 10 lowest rates in the nation.

Those with health insurance are far more likely to go to the doctor for regular checkups and receive necessary and preventative medical care than those who do not have coverage. Some 94% of residents under the age of 65 have health insurance in the Minneapolis-St. Paul-Bloomington metropolitan area, among the highest shares nationwide. Area residents also appear to lead healthy lifestyles and report below average smoking and obesity rates. Metro area residents are among the least likely to feel unhealthy at any given time. Area residents report just 3.0 days of poor mental health and 2.7 days of poor physical health per month, compared to the national average of 3.8 poor mental health days and 3.7 poor physical health days. 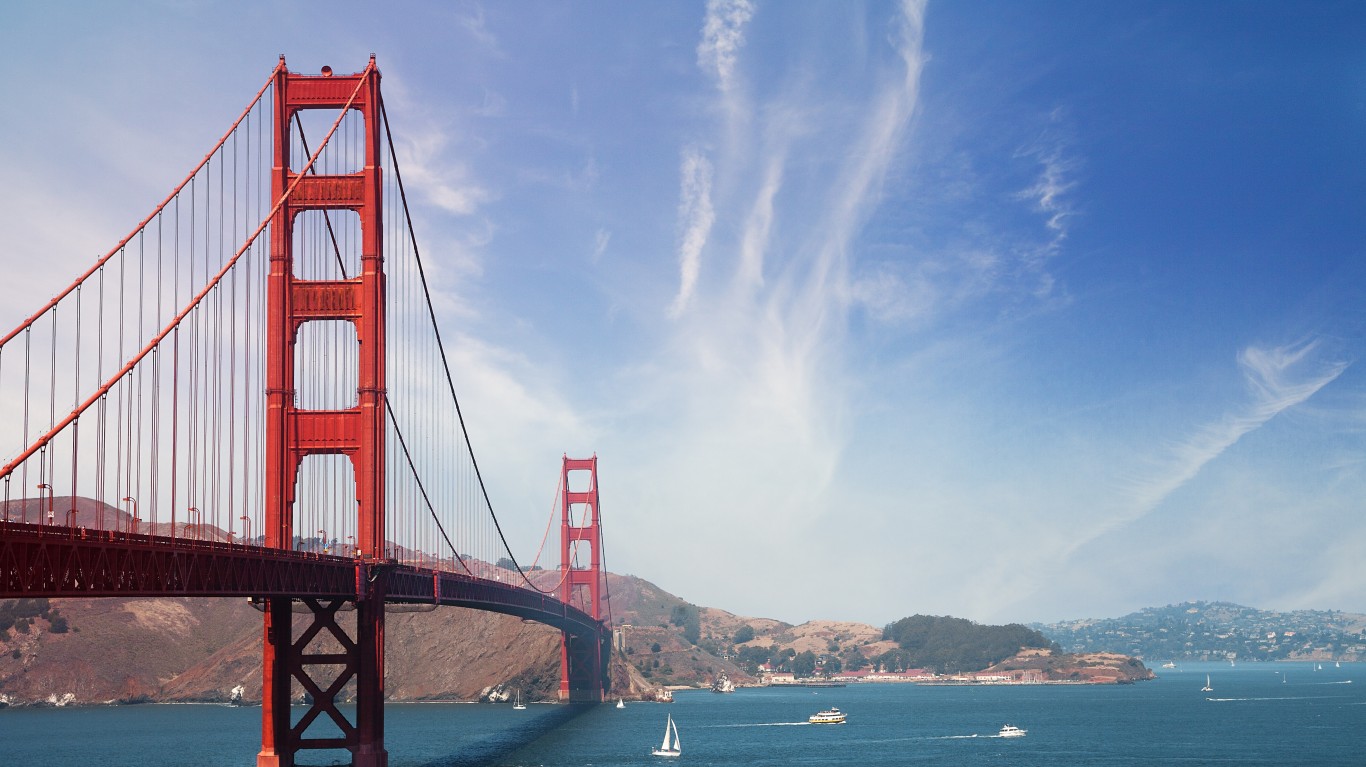 Earning a sufficient income can help most Americans avoid food insecurity, which can ultimately enable one to live a healthier and perhaps even longer life. Affording healthy foods does not appear to be an issue for residents in the San Francisco-oakland-Hayward metropolitan area. The median household income in this area is $96,677, the second highest in the nation. With this area being so affluent, it is not a coincidence that only 1.5% of area residents are food insecure, the fifth lowest share of any other metropolitan area.

Additionally, only 19.9% adults in this area are obese, much less than the national rate of 28.0%. The low prevalence of obesity likely contributes to the area’s low premature death rate. Residents die prematurely at the rate of 226 per 100,000 people, the sixth lowest share among the nation. 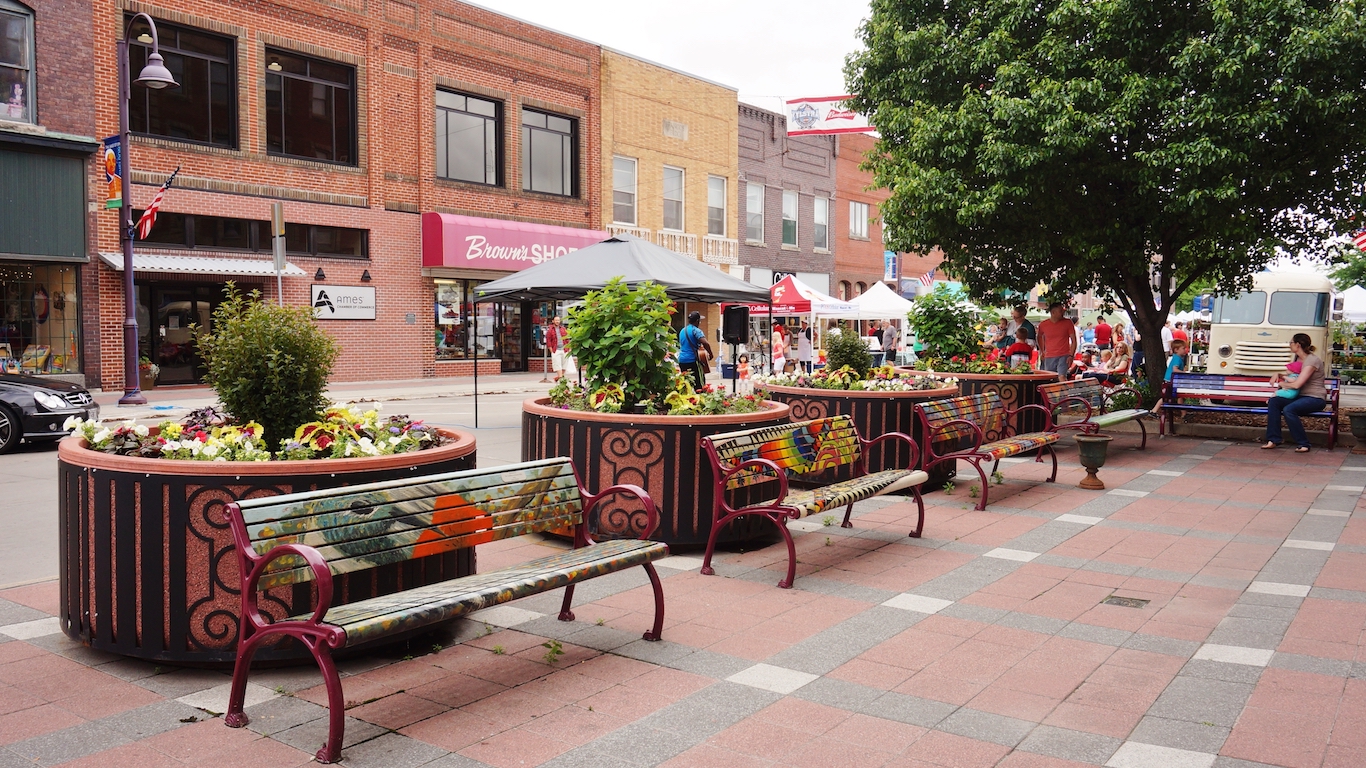 Being gainfully employed helps in maintaining good health. For one, most Americans are insured through their work. Another factor might be lower stress that comes with a regular income. Only 2.0% of the workforce in Ames, Iowa, does not have a steady job, the lowest unemployment rate of any metropolitan area in the country. Ames adults also lead relatively healthy lifestyles. They are less likely to be obese, physically inactive, and to smoke. All of these factors likely contribute to the area’s low premature death rate — residents die before the age of 75 at a rate of 241 deaths per 100,000 Ames residents, one of the lowest premature death rates in the nation.