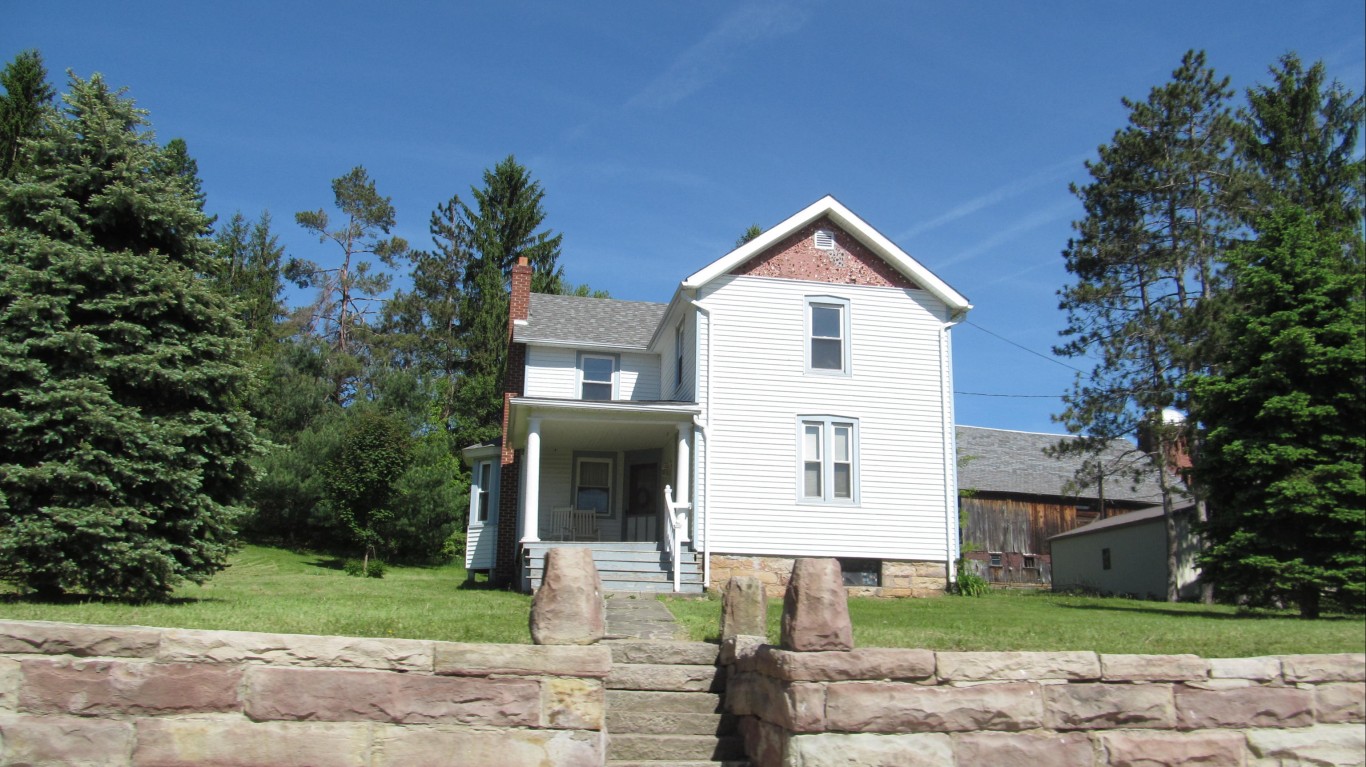 In 1786, when land speculator William Deakins, Jr., was granted the patent, or official land grant, to the tract where this town now stands, he called it “Accident.” According to local lore, this was because he and another speculator, Brooke Beall, had accidentally surveyed the same tract simultaneously. 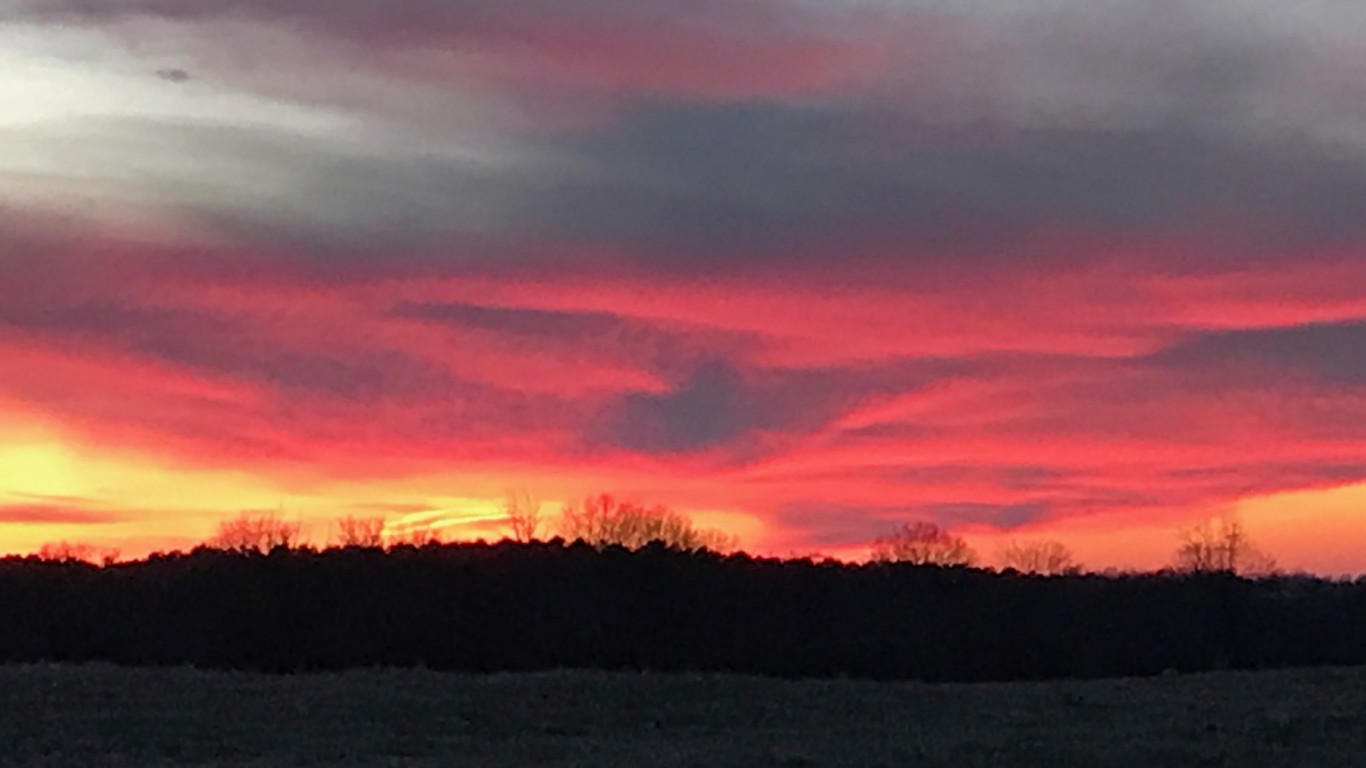 The city of Arab (pronounced “ey-rab”) has no Middle Eastern connections. It got its name through a typographical error. After a village grew up around mid-19th-century settler Stephen Tuttle Thompson’s farm, Thompson asked the federal government to open a local post office. He offered three possible names for it: Ink, Blue Bird, and Arad, the last of these for his son Ranson Arad Thompson. Whoever processed the application chose Arad — but misspelled it “Arab,” and the name stuck. 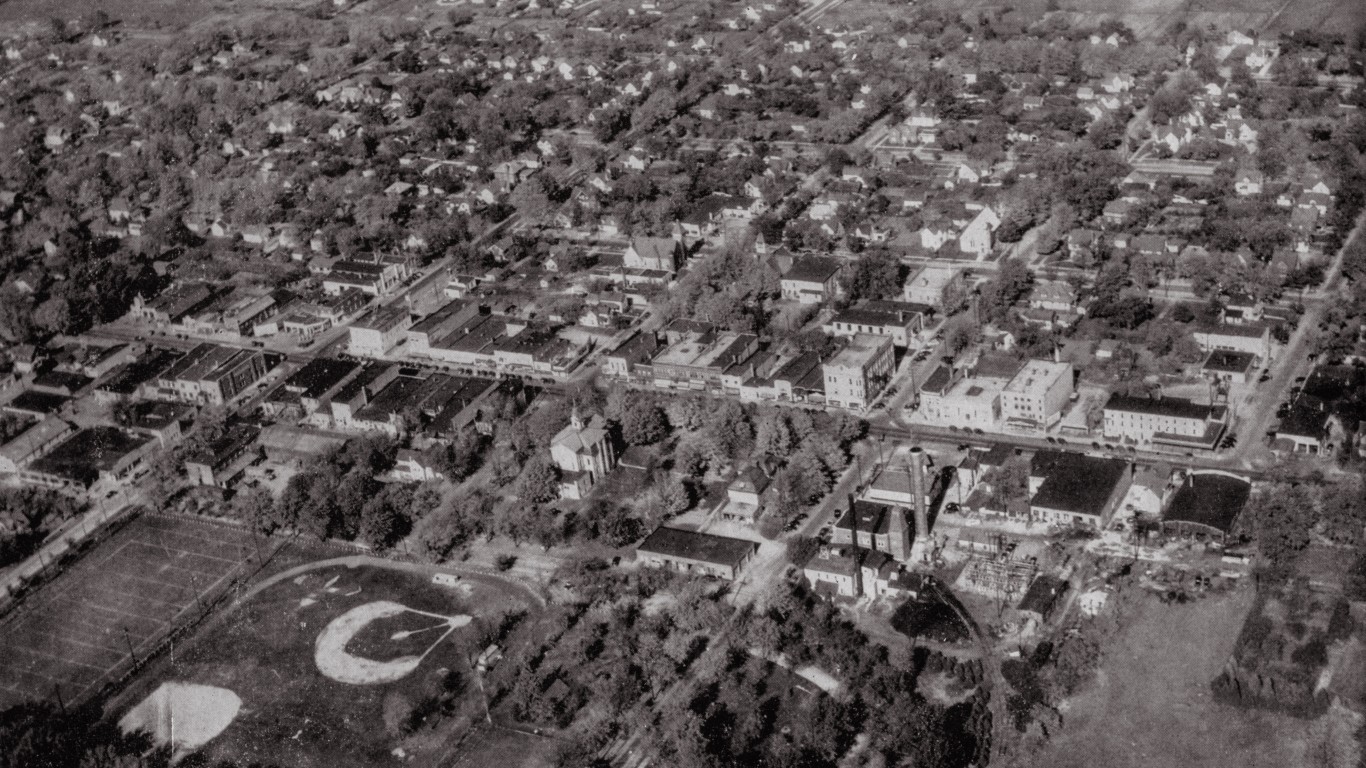 Planning the first state road through Michigan’s Huron County in the early 1860s, surveyors Rudolph Papst and George Willis Pack established a camp site where the city is now. They called it “Bad Axe Camp,” after an old axe they found there. They used the name both in their record of their journey and on a sign on the trail. By the time Papst returned to the area following the Civil War, the name “Bad Axe” was being used officially on local maps. 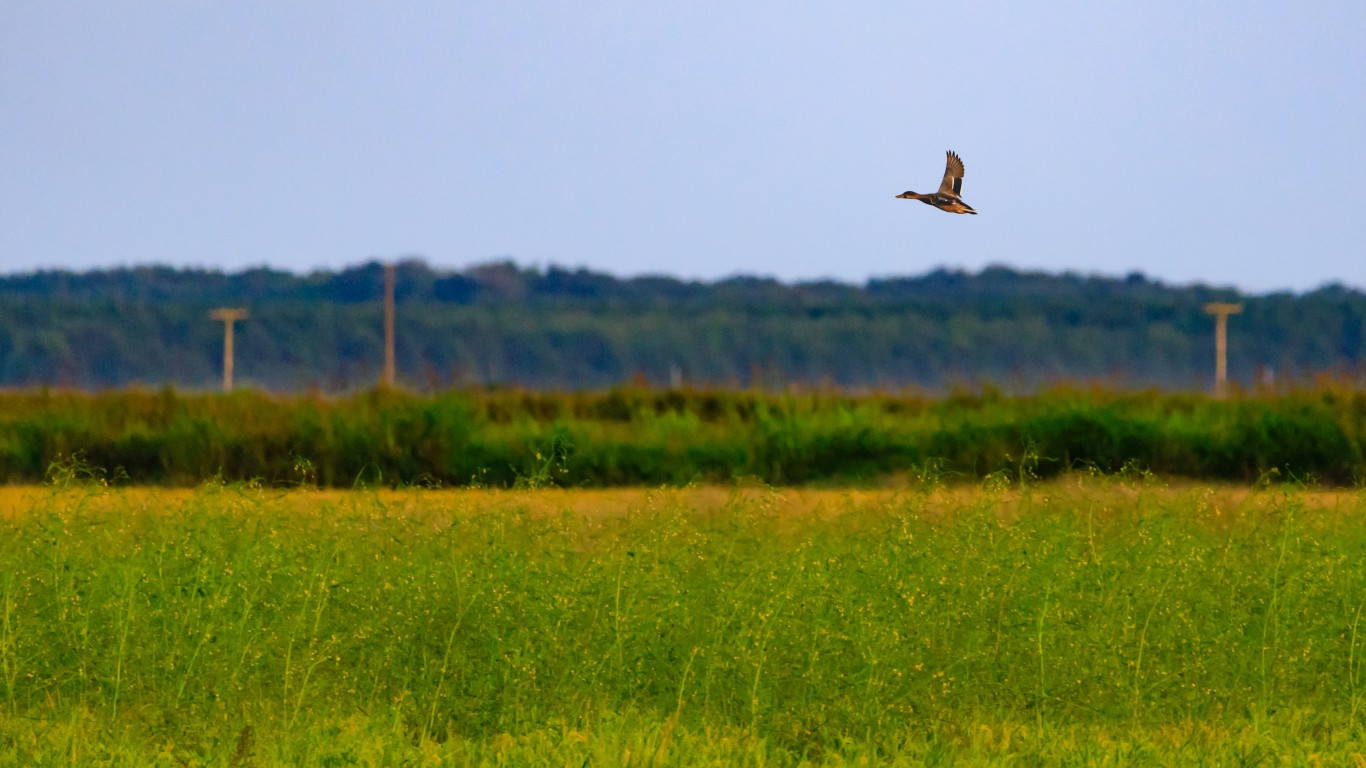 Local legend maintains that Spanish explorer and conquistador Hernando de Soto was the first to describe the immense rock outcropping above the site of this city as a “bald knob” (though presumably in Spanish). One of the community’s founders, Benjamin Franklin Brown, posted a sign reading “Bald Knob” along the railroad tracks in the early 1870s. Beginning in 1877, the layered stone knob itself was quarried for railroad ballast. The following year, Bald Knob got its first post office, firmly establishing the name. 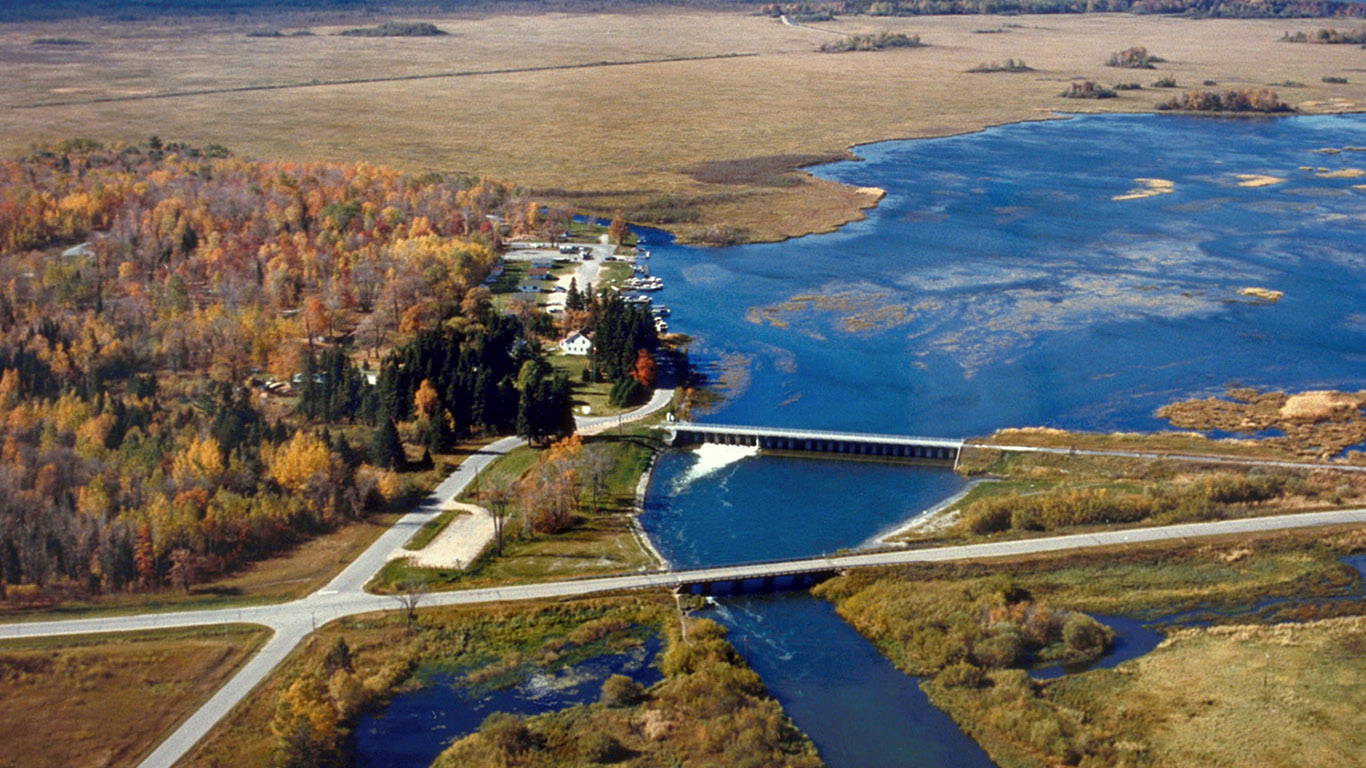 Nothing to do with baseball, Ball Club is named for Ball Club Lake, on which it sits. The lake in turn was so named because its shape supposedly resembled clubs used by local Ojibway to play the stickball game that evolved into modern-day lacrosse.