New Haven is one of several metro areas in Connecticut in which home prices remained essentially flat throughout 2017. Additionally, the median home price in the city was about 30.3% lower as of the end of 2017 from its peak in the 2000s. The city also has some of the largest housing inventories in the country. The drop in home prices and the large share of homes on the market are due in part to population decline. The metro area’s population fell by 0.5% from 2011 to 2016, even as the U.S. population grew by 3.7%. 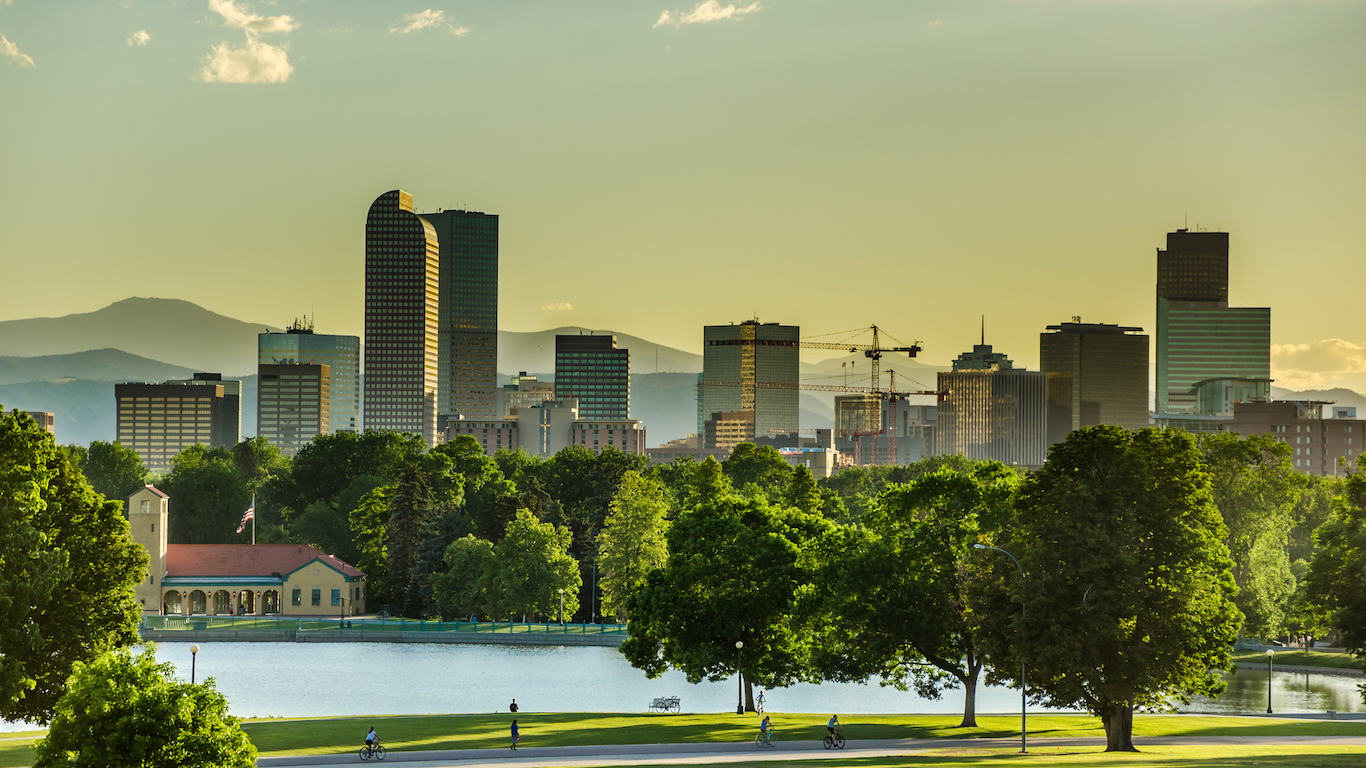 The population of the Denver-Aurora-Lakewood metro area increased by 9.7% from 2011 to 2016, nearly three times the national population growth of 3.7% during that time. The increased demand for housing in Denver, as well as high construction costs, have created a housing crunch that has been particularly hard on middle-income households. According to real estate research firm Metrostudy, just 1% of listed homes cost less than $300,000, which has forced many middle class families to purchase a home outside of their budget range. The size of the average mortgage payment in Denver has increased by 20.5% over the past 10 years, the largest increase of any U.S. city.

The majority of homes in the Miami metro area are worth over a quarter-million dollars. As a result, many middle- and low-income area residents spend more than they can afford on housing. Some 38.6% of area households in the $45,000 to $74,999 income range and 66.1% of those in the $30,000 to $44,999 income range are housing-cost burdened. Renters in the Miami metro area are not spared. Some 61.2% of renters across all income brackets spend at least 30% of their incomes on housing, the highest rental housing-cost burden rate of any metro area in the country.

Many cities in which the middle class struggles to afford homes are growing rapidly — and the Seattle metro area is no exception. The metro area’s population grew by 8.5% from 2011 to 2016, more than double the 3.7% national population growth over that time. Housing costs climbed faster than incomes over the same period. Currently, 39.4% of middle-class households in the area spend at least 30% of their incomes on housing.

This overspending on housing is largely due to a lack of affordable options. The typical home in the Seattle-Tacoma-Bellevue metro area is worth $472,907, the sixth highest median home value of the 100 largest metro areas in the country. 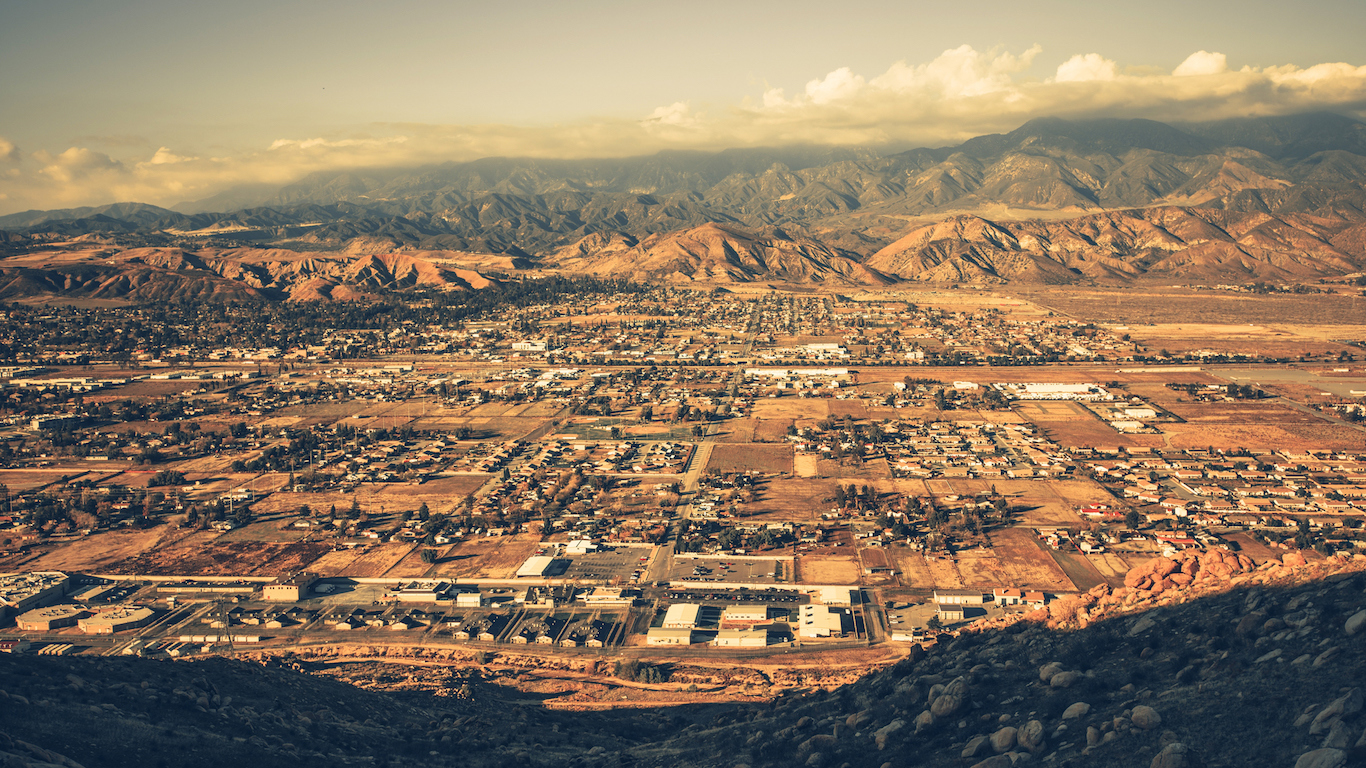 California has some of the most expensive real estate in the country, and Riverside-San Bernardino-Ontario is one of eight metro areas in the state where a large share of middle-income households struggle to afford their homes. Of all households earning between $45,000 and $74,999, 35.3% spend between 30% and 50% of their income on housing, and 7.0% spend over half of their income on housing.

Home values are climbing rapidly in the metro area. The median monthly mortgage payment in 2017 was $2,201, up 77.6% from five years prior. Nationwide, the median mortgage payment climbed by 41.4% over the same period. High housing costs are also affecting renters. Some 56% in of renters in Riverside are housing-cost burdened — the majority of whom spent over half of their income on rent.