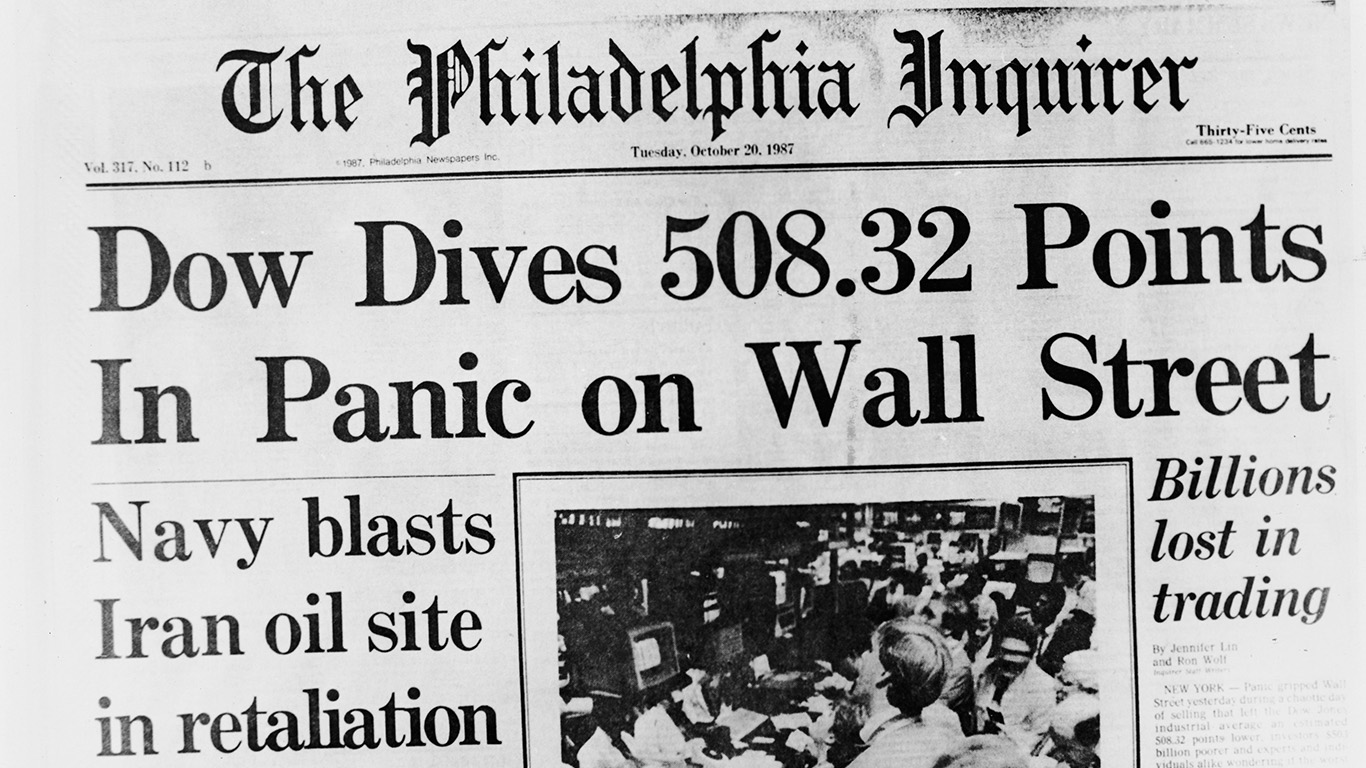 Oct. 19, 1987 is called Black Monday because on that day the Dow Jones Industrial Average plunges 508 points, or more than 22%. The drop is worse than the crash in 1929. It is also worse than the market plunge after the 9-11 terrorist attacks and the 2008 financial crisis. Among the reasons cited for the drop are rising tensions in the Persian Gulf, concern over higher interest rates, and the belief that the bull market is ending. Computerized trading, relatively new at the time, accelerates trade orders, which speeds up the market drop. As a result of the collapse, exchanges put in place so-called circuit breakers intended to halt trading when stocks fall too fast. This measure is designed to provide investors a cooling off period and avoid a panic. 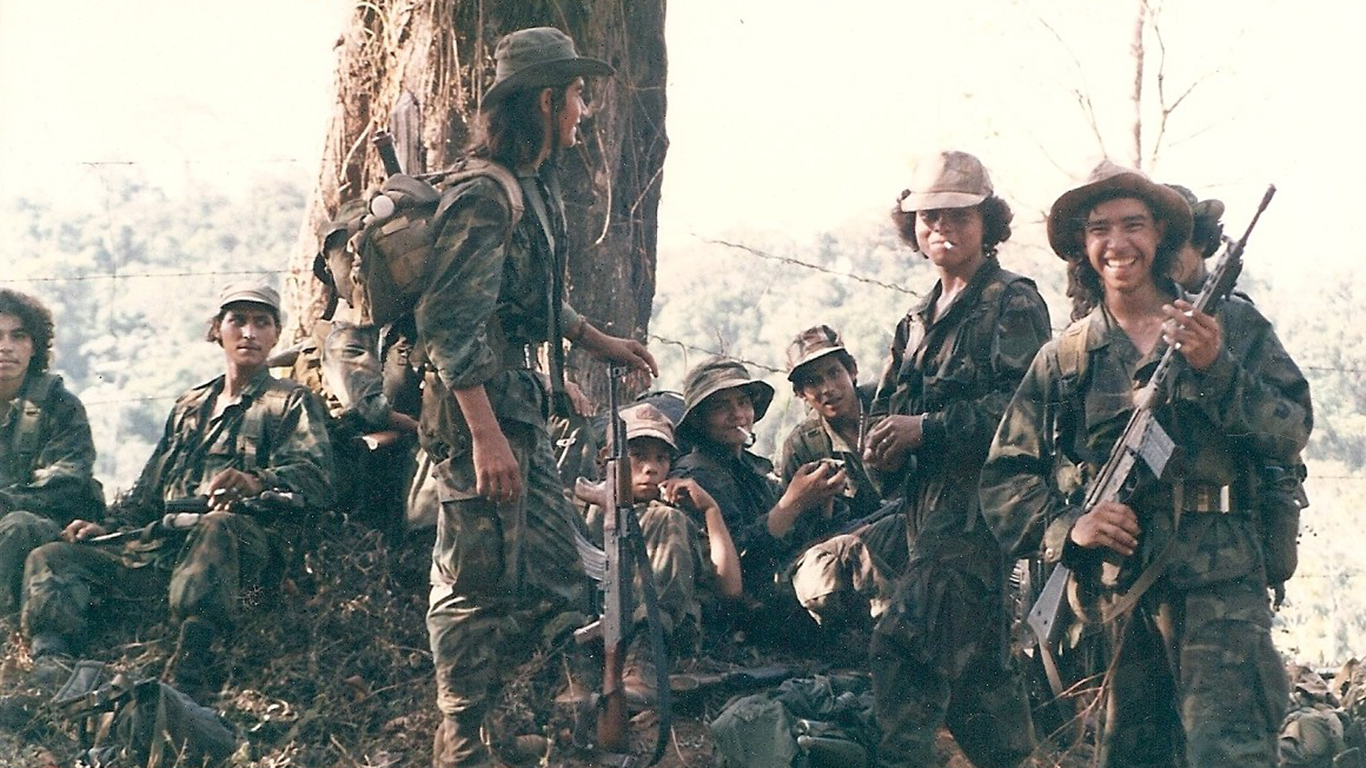 Lt. Col. Oliver North and Vice Adm. John Poindexter are indicted on charges of conspiracy to defraud the United States for their involvement in the so-called Iran-Contra affair. The scandal involved members of the Reagan administration who illegally sold arms to Iran to help facilitate the release of American hostages, and then transfer the proceeds of the sale to fund the Nicaraguan contras, a loose affiliation of right-wing militias. North is convicted, but his conviction is vacated and reversed, while Poindexter’s convictions are also reversed on appeal. 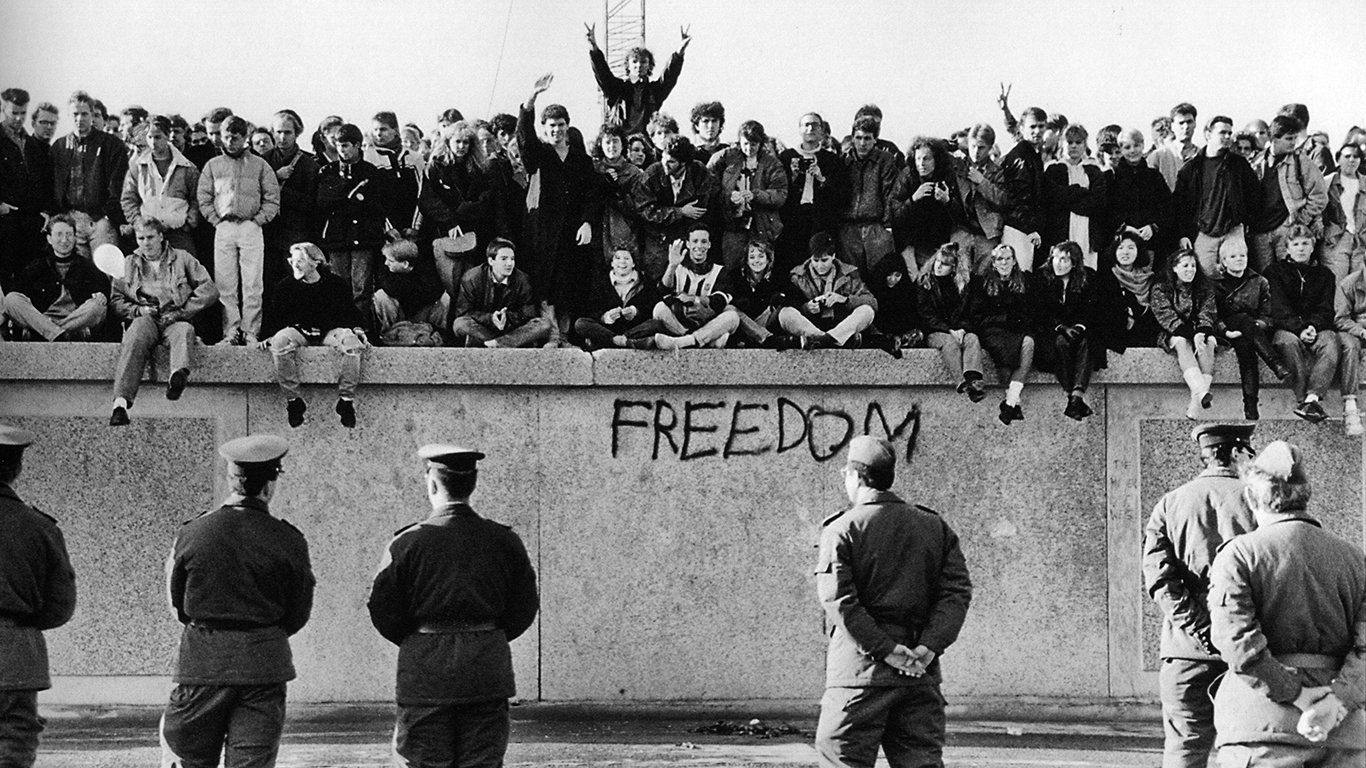 Cracks in the monolithic Soviet bloc are starting to appear in the 1980s, and the very symbol of communist repression comes crashing down in November, when the Berlin Wall is breached, ending a 28-year division of the city. During the day on Nov. 9, a spokesman for East Berlin’s Communist Party says starting at midnight that day, citizens of East Germany are free to cross the country’s borders. Almost immediately Berliners start slamming the wall with axes and sledgehammers. By nightfall, the celebration turns into what one observer calls “the greatest street party in the history of the world” and the city is reunited. East and West Germany would reunite one year later. 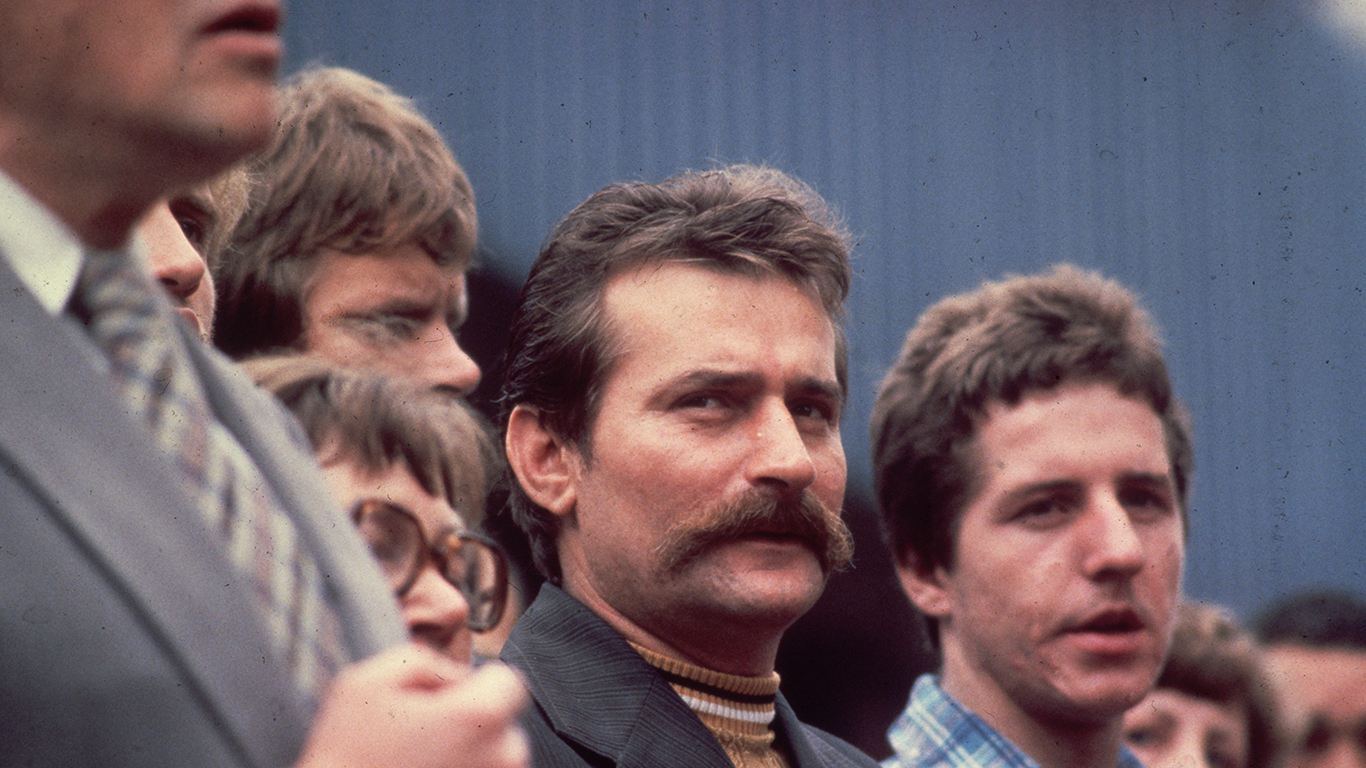 With the hold of the Soviet Union and communism on East Europe loosening, Poland’s ruling communist party votes to dissolve and become more moderate. In the following elections, Lech Wałęsa, leader of the Solidarity Movement and the 1983 Nobel Peace Prize laureate, wins the election and becomes president. 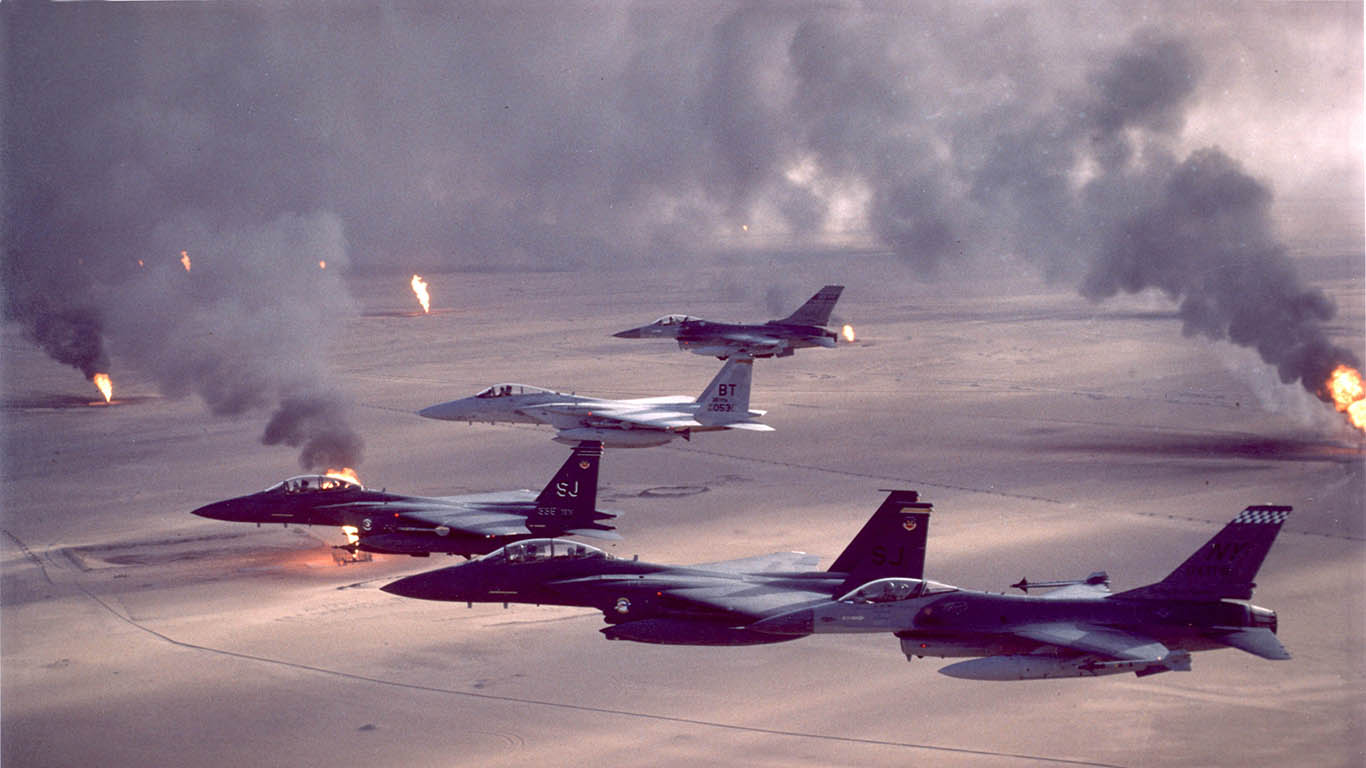 After Saddam Hussein’s Iraq invades and occupies Kuwait on Aug. 2, 1990, the United States sends forces to defend neighboring Saudi Arabia from being overrun and to protect its vital oil assets in Operation Desert Shield. With Saudi Arabia secured, U.S. implements Operation Desert Storm to push Iraqi forces back across the border with Kuwait in a military operation that lasts until a ceasefire takes effect in April. 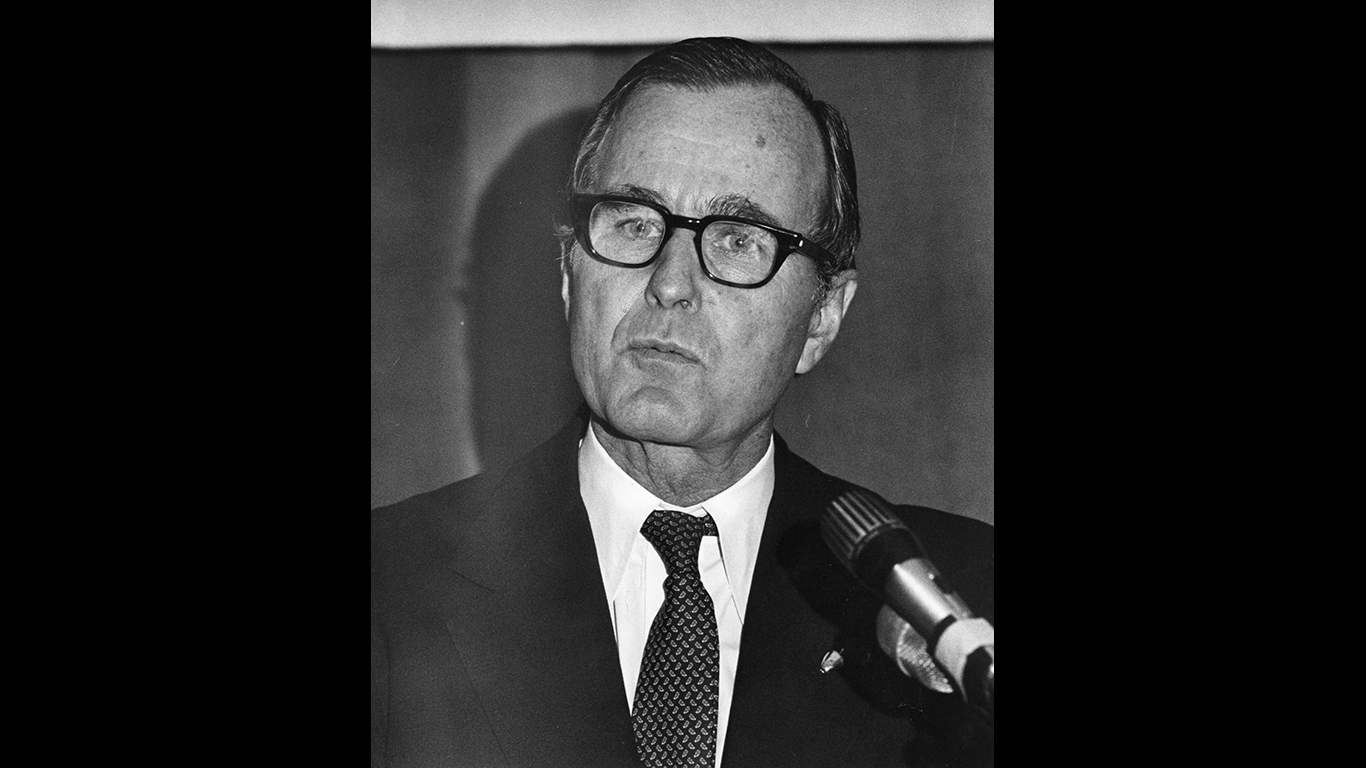 Just weeks after the dissolution of the Soviet Union on Dec. 26, 1991, U.S. President George H.W. Bush and his Russian counterpart, Boris Yeltsin, meet at Camp David to formally declare the end of the Cold War that began shortly after the end of World War II. The meeting comes days after both countries announce they would stop aiming nuclear missiles at each other. Russia declares its 11 former communist satellite republics – from Armenia to Uzbekistan – independent. 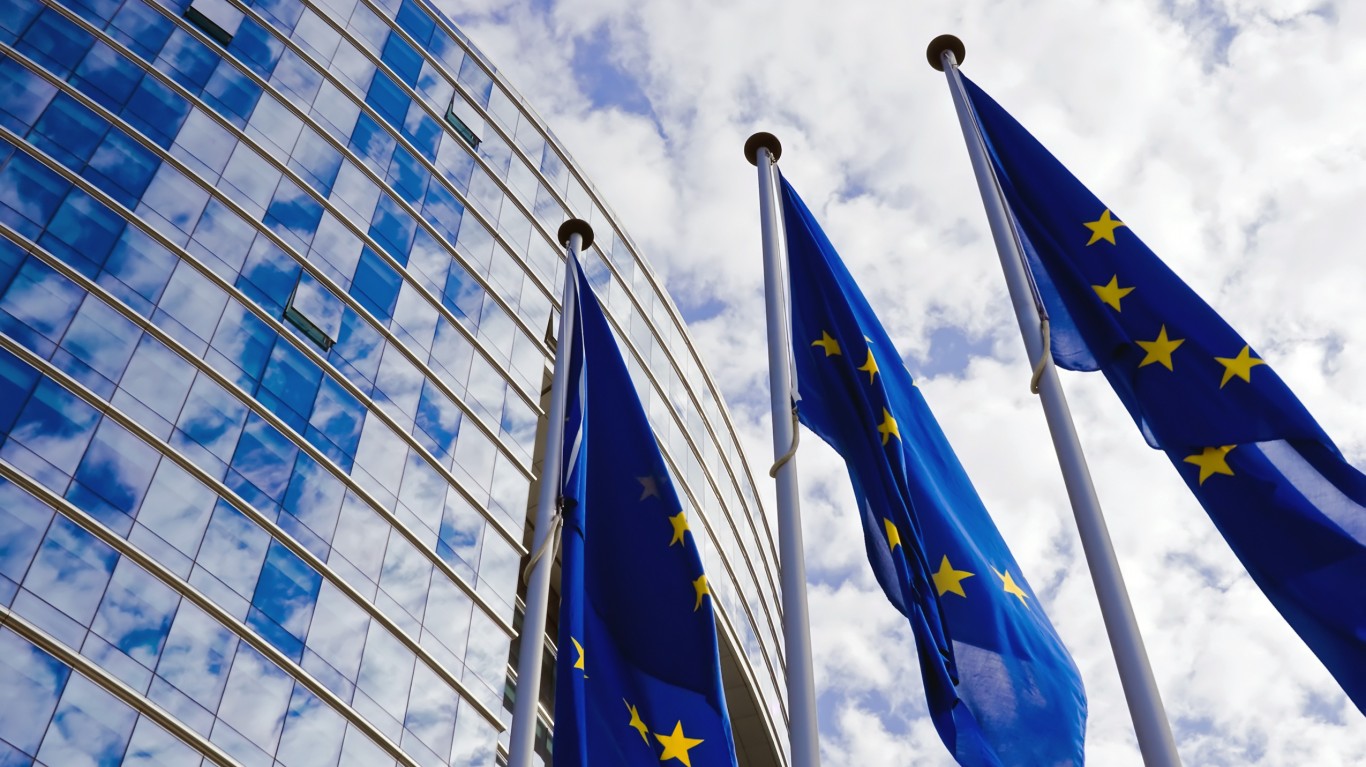 The Treaty of the European Union, also known as the Maastricht Treaty, goes into effect in November, after a rough series of political wrangling that, among other concessions, allows the U.K. and Denmark to opt out of the common euro currency. The treaty opens the way to removing border controls among member states and invites new members to join the union. 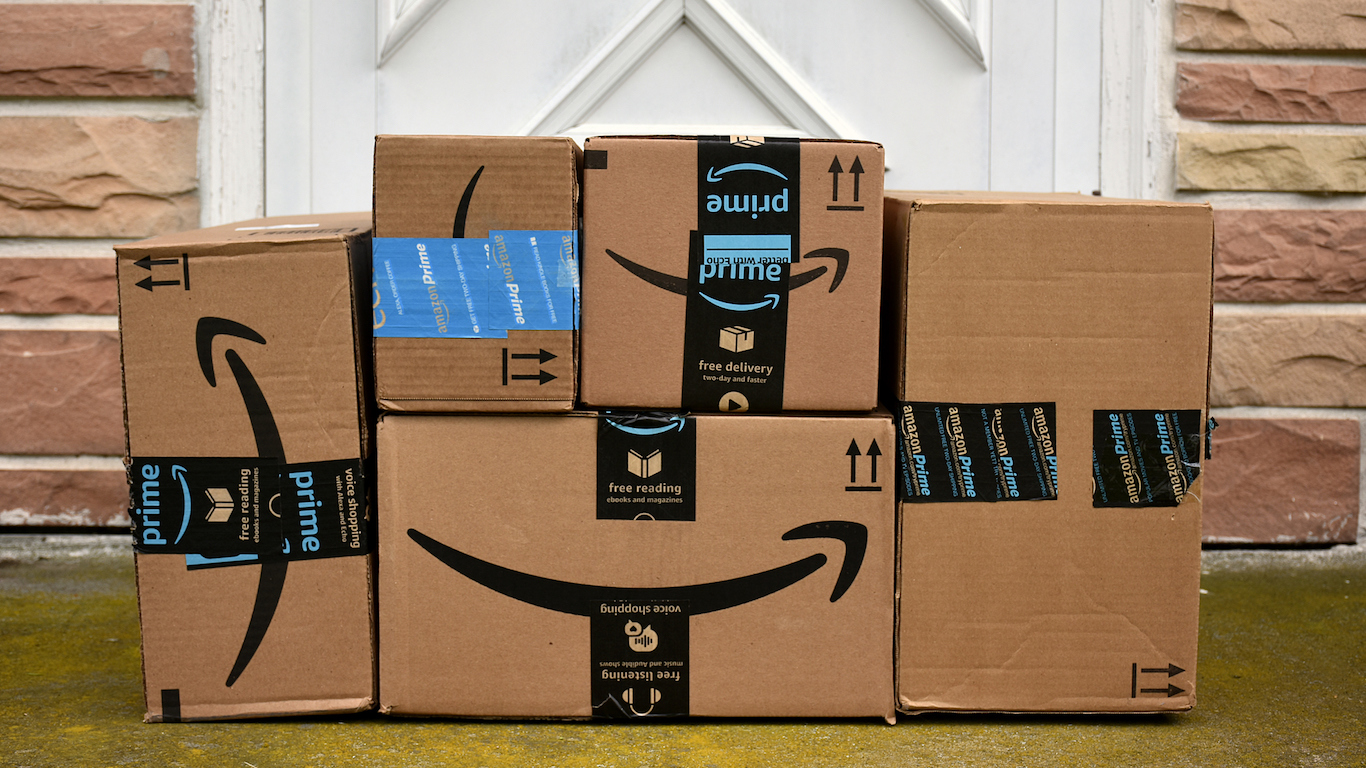 With an initial aim of becoming an online bookstore, Jeff Bezos and a handful of angel investors launch Amazon.com, just as e-commerce is about to take off . Twenty-four years later, after expanding from books to the so-called “Everything Store” and growing a business selling cloud services to companies like Netflix and Instagram, Bezos has become the world’s richest man. Amazon.com, meanwhile is racing with Apple to become the world’s first trillion-dollar American company. 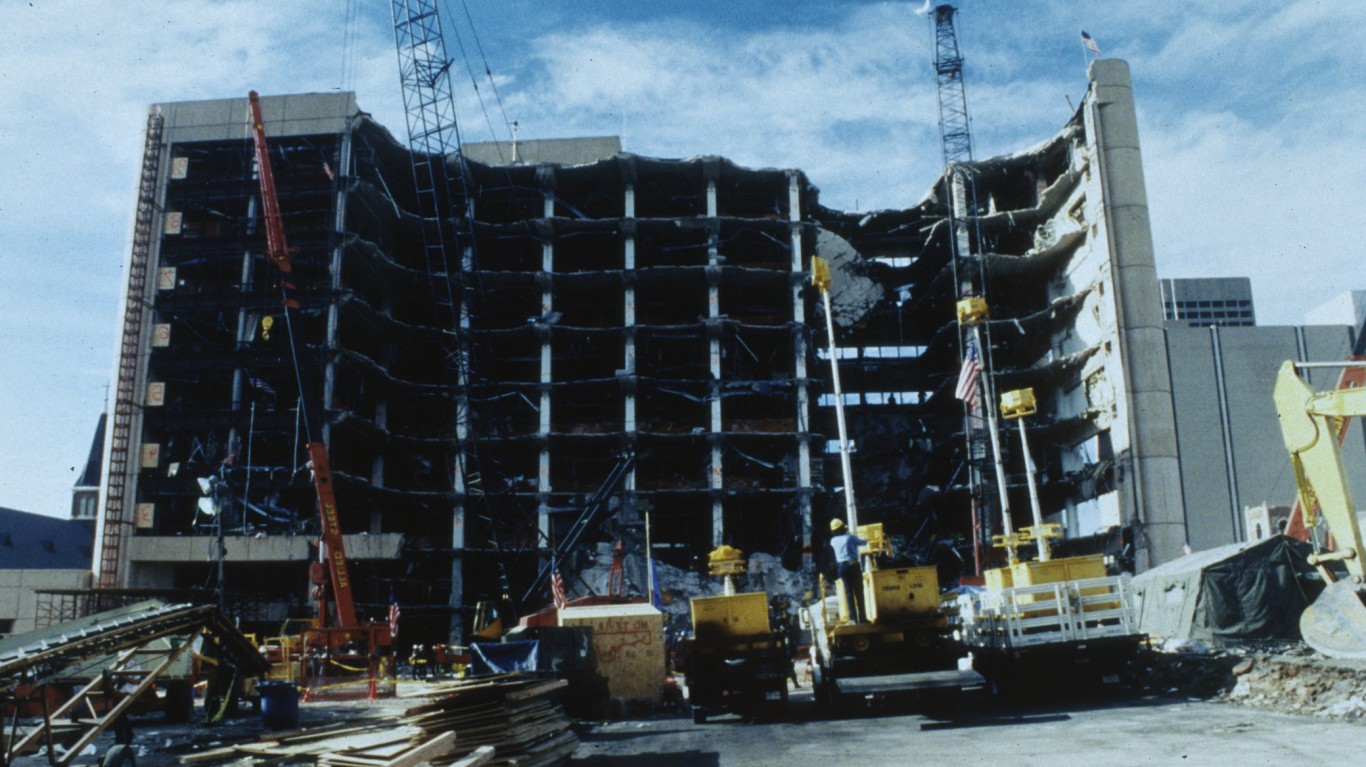 In the deadliest domestic terrorist attack in U.S. history, anti-government radicals Timothy McVeigh and Terry Nichols bomb the Alfred P. Murrah Federal Building in Oklahoma City. They time the truck-bomb attack for a weekday morning in order to maximize casualties. For the murder of at least 168 people, including 19 children who were in a childcare center in the building, and the injury of hundreds of others, an unremorseful McVeigh is executed by lethal injection on June 11, 2001. Nichols is serving a life sentence without the possibility of parole. 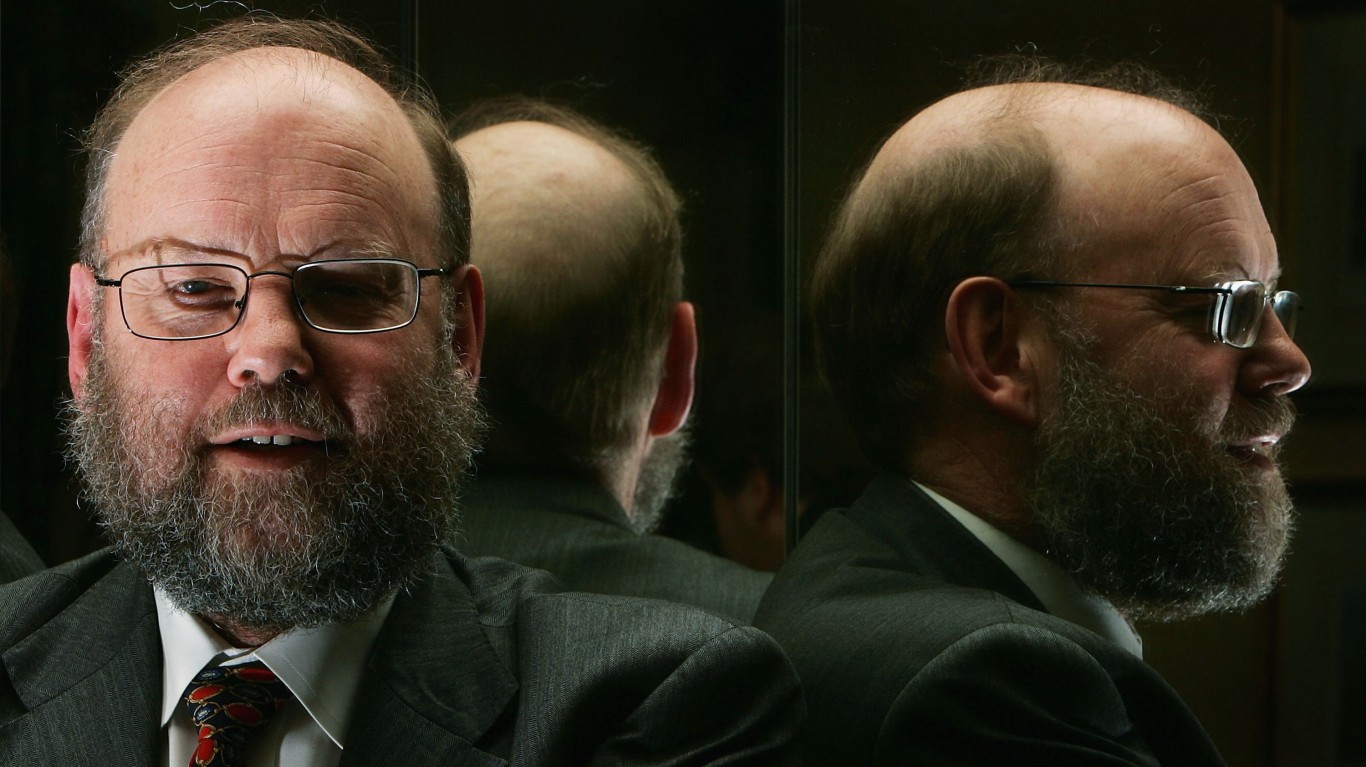 Dolly the Sheep enters the annals of bioengineering when scientists at Scotland’s Roslin Institute become the first to not only successfully clone a mammal, but also the first to do so using an adult cell rather than an embryonic one. After 277 so-called cell fusions that created 29 embryos, the teams managed to turn an udder cell into a nearly complete biological carbon copy of the sheep from which it came.