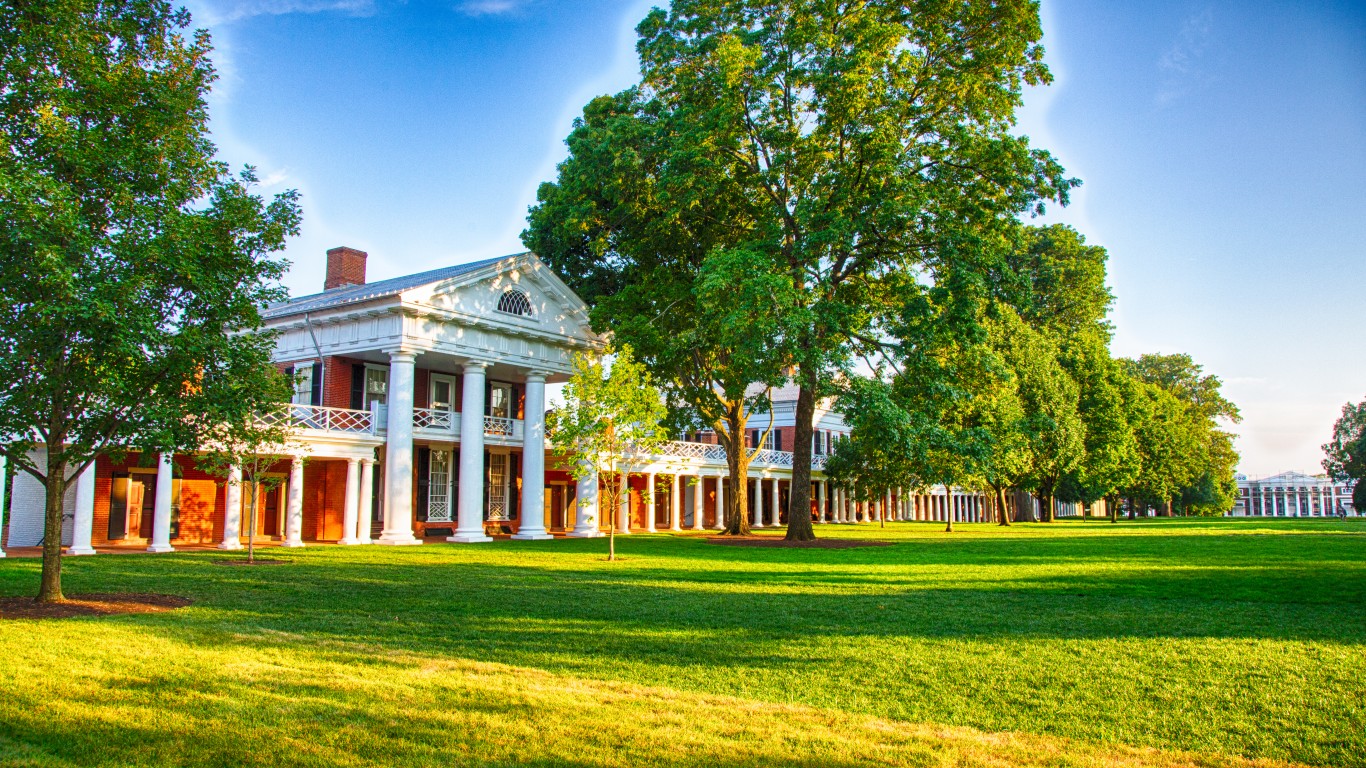 Just 12.0 out of every 1,000 babies born in Charlottesville, Virginia are born to teenage mothers. That is by far the lowest teen birth rate in the state and one of the lowest in the country. The U.S. teen birth rate is more than twice as high at 27.0 per 1,000 births. Low teen birth rates indicate that fewer babies in the area will face certain early health complications associated with young mothers, as well as more uncertain financial futures.

Charlottesville also has some notable positive health factors for elderly residents as well. There were just 33.4 preventable hospitalizations per 1,000 Medicare enrollees in the area, the lowest in the state. This indicates that Medicare enrollees, who are almost all over 65, treated minor health issues before they became more serious and required hospitalization. 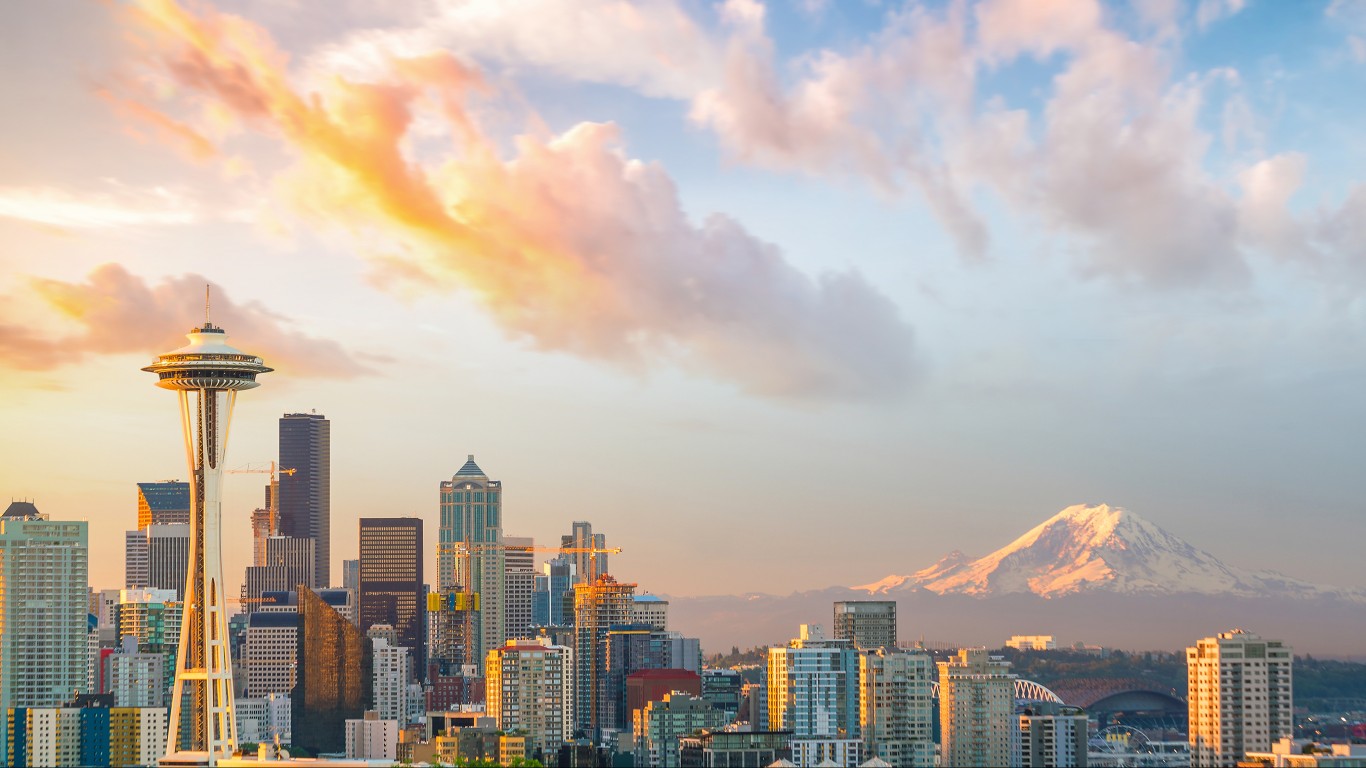 Adult residents of the Seattle-Tacoma-Bellevue area of Washington tend to have fewer illnesses, both mental and physical, than any other part of the state. Metro area residents had an average of 3.4 mentally unhealthy days and 3.2 physically unhealthy days in the last month. Both are the lowest averages in the state and among the lowest in the entire country. The Seattle area also has a lower rate of smokers than anywhere else in Washington. Just 11.3% of adults in the area smoke.

Health and poverty are closely linked, and more affluent areas tend to have much better health indicators and outcomes. The median household income in the Seattle area, $78,612, is far higher than anywhere else in the state. The area is also tied with Wenatchee for the lowest poverty rate in the state at 9.6%. 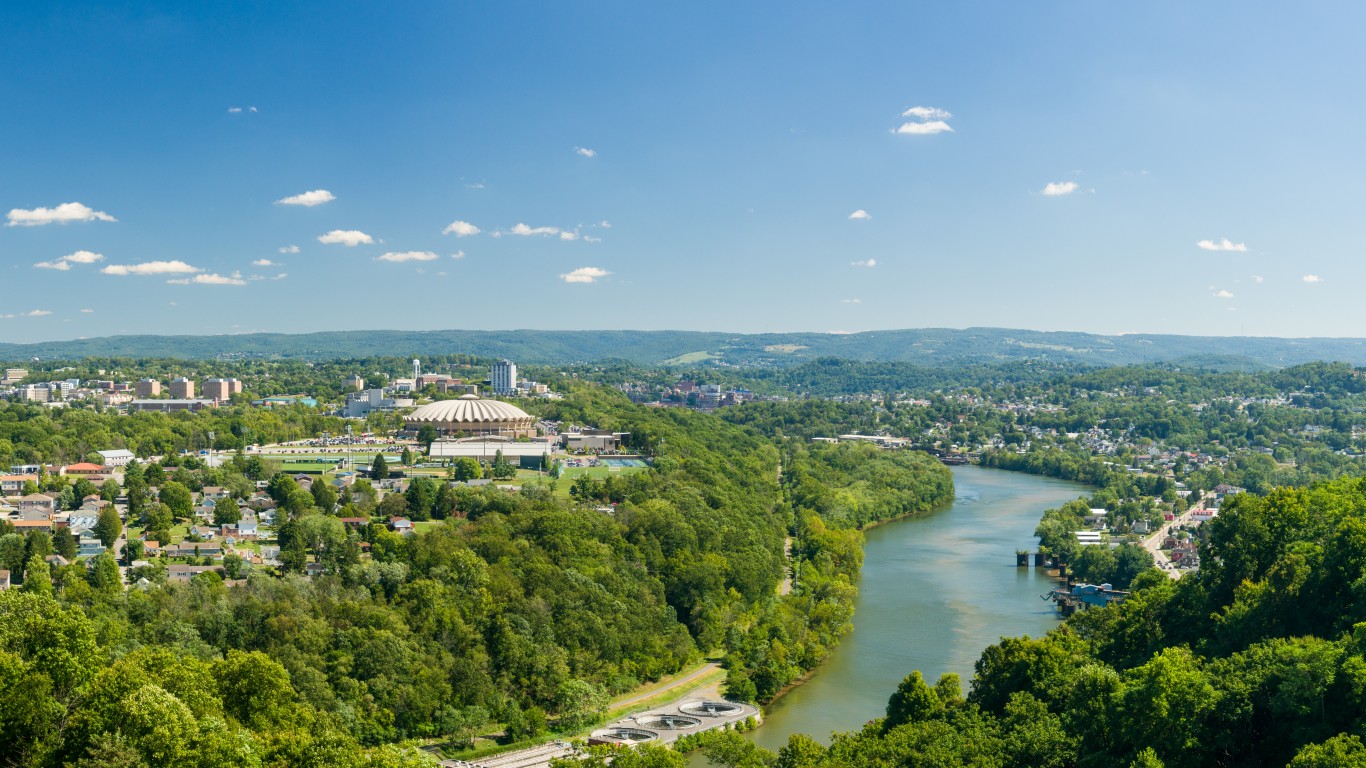 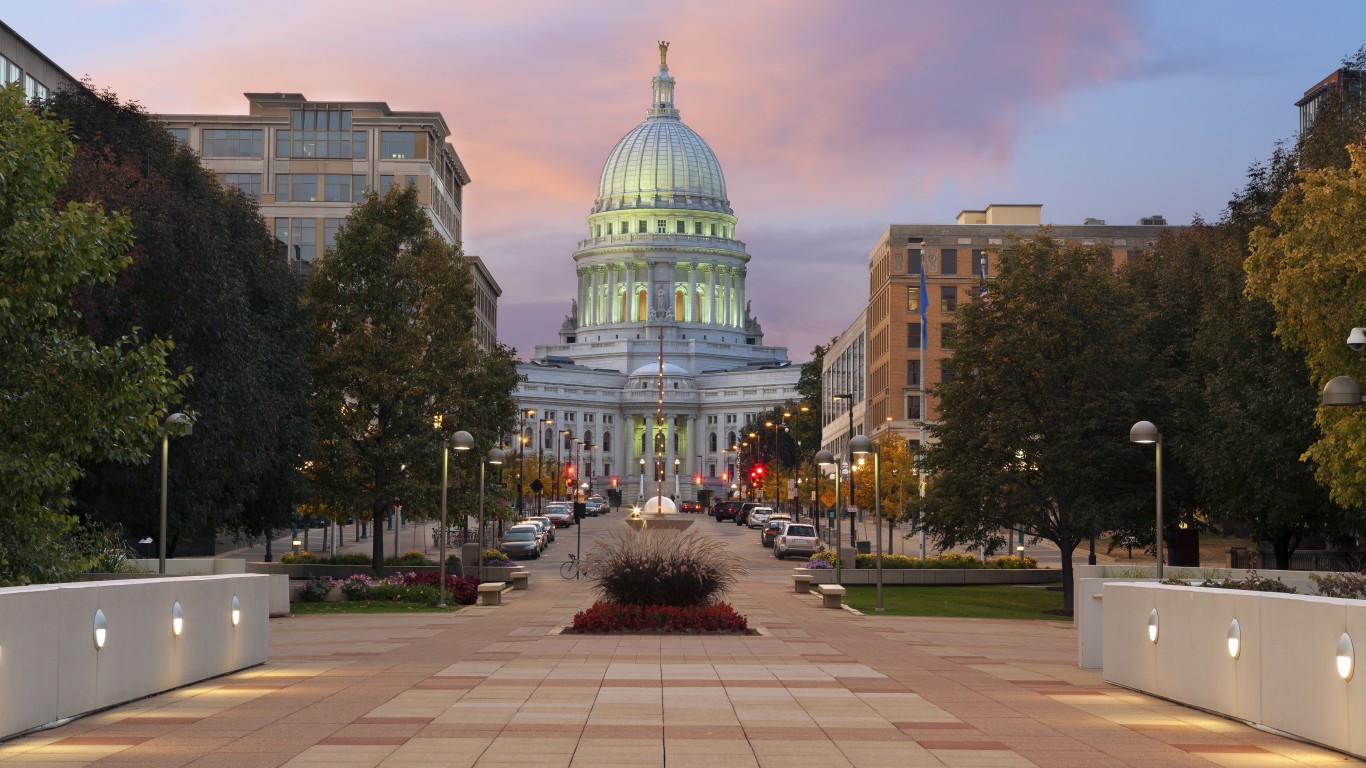 While the Madison metropolitan area is the healthiest area in Wisconsin, it has one major issue that could cause serious health problems down the road: excessive drinking. Some 28.7% of adults in the area drink alcohol to excess, the highest rate in the nation. Excessive drinking can damage internal organs and cause a number of diseases. However, excessive drinking is income dependent so those who drink excessively can also typically afford healthy foods and adequate medical care.

Despite the high drinking rate, adults in the Madison area are more likely to engage in other healthy behaviors than all other Wisconsin metropolitan areas. Just 13.3% of Madison area adults smoke and only 17.1% get no leisure time physical activity. Both are the lowest rate in the state. The Madison area also has the state’s lowest obesity rate at 26.0%. 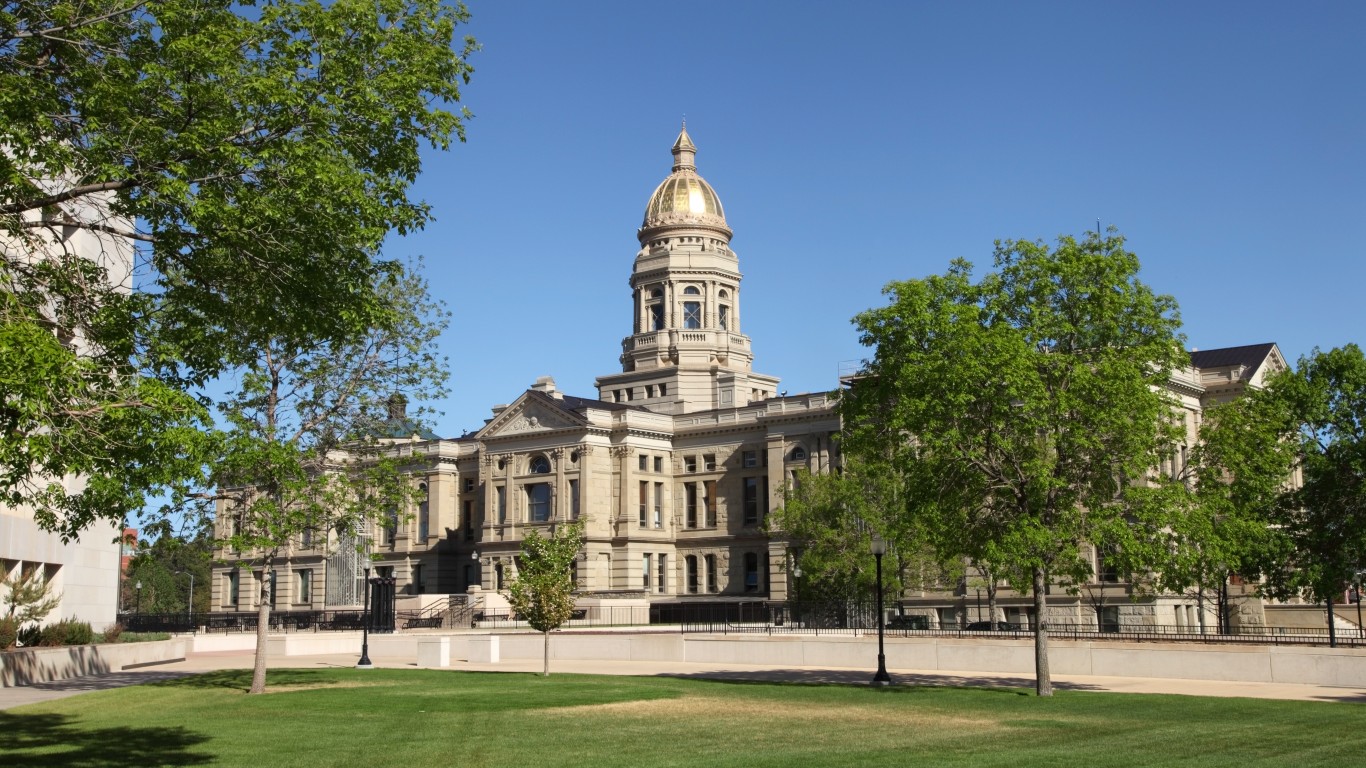