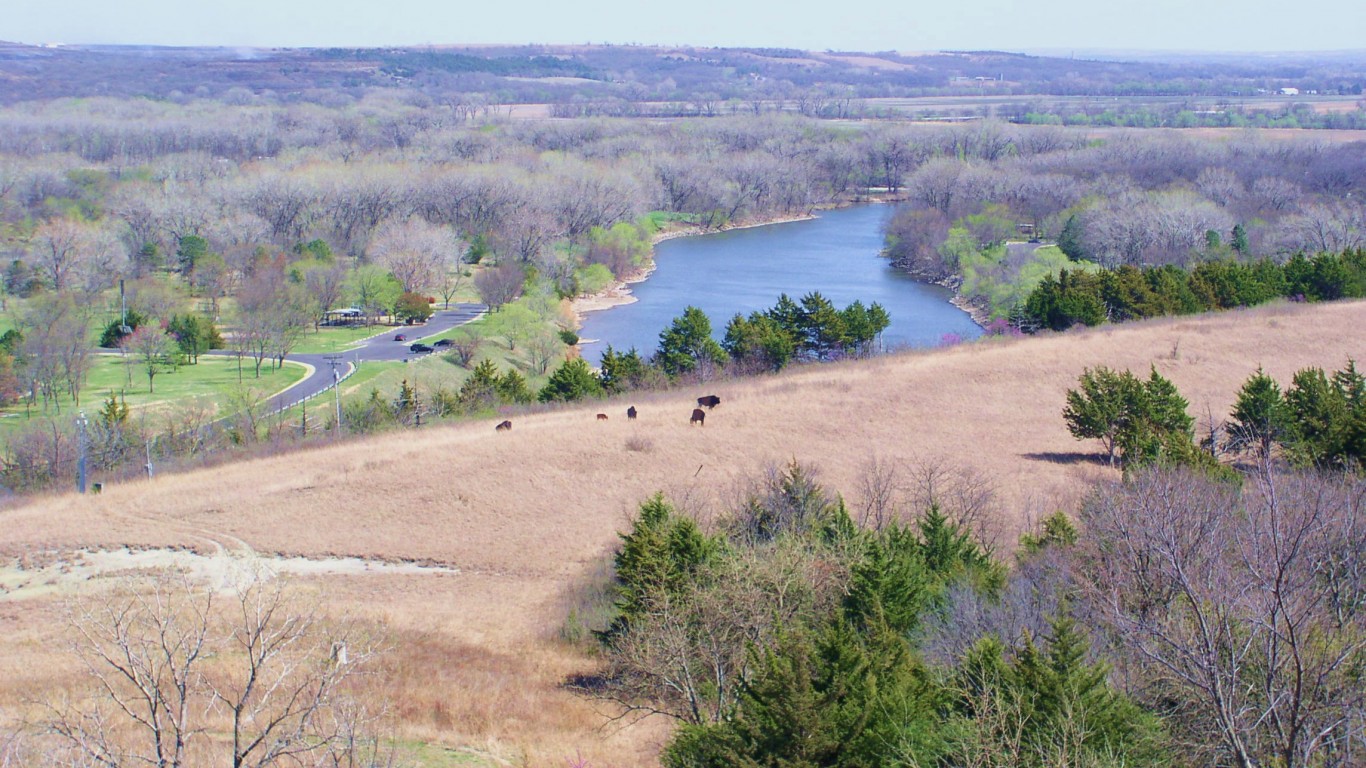 Just 5.8% of babies in the area are born with a low birth weight, the lowest rate in the state. Only a handful of places in the country have a lower percentage of underweight babies. Manhattan-area residents are also the least likely in Kansas to be obese. Just 25.7% of adults in the area are obese. 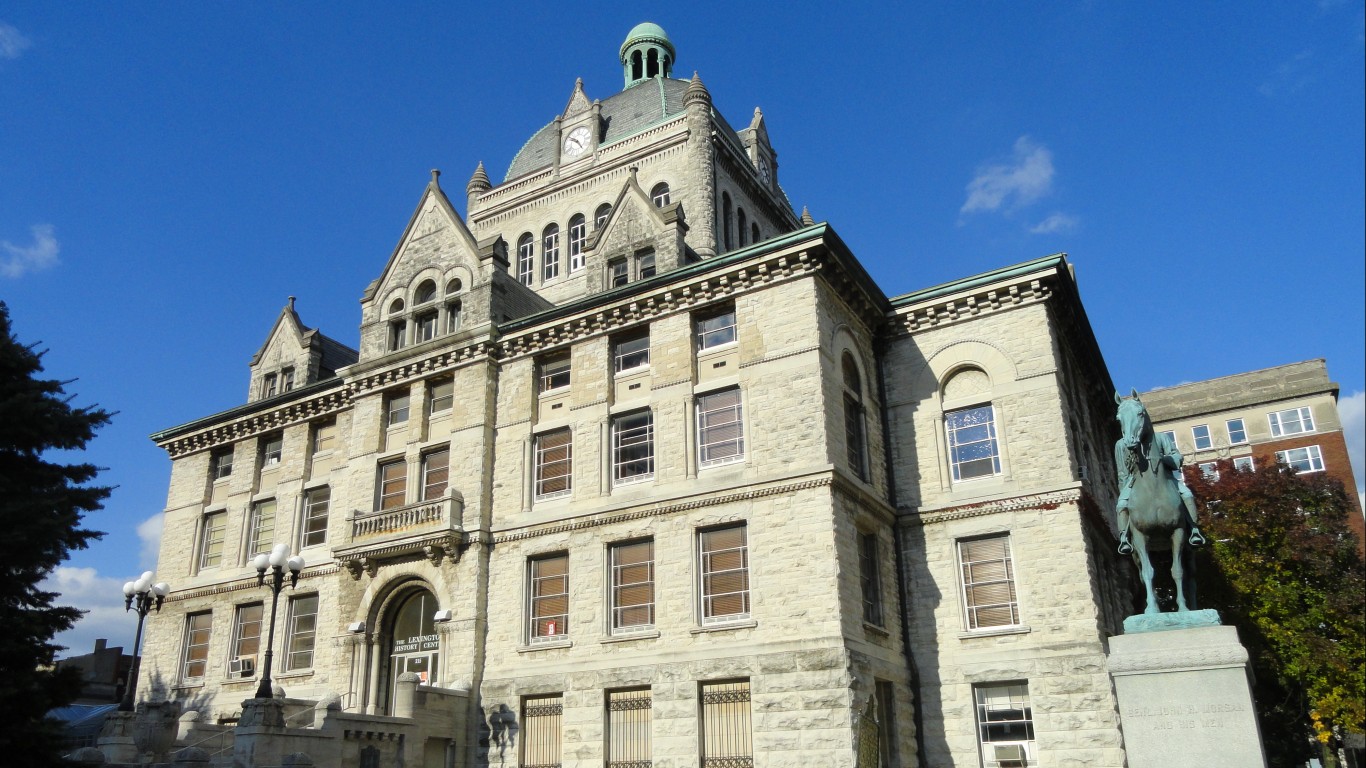 The Lexington-Fayette, Kentucky metro area far outpaces the other areas of the state when it comes to exercise accessibility. Some 90.7% of residents said they had a place to work out, by far the highest in the state. That could be one driving factor why just 22.8% of Lexington-Fayette area adults reported getting no physical activity in their leisure time. No other metro area in Kentucky fell below the U.S. rate of 23.0%. Some 29.3% of Lexington-Fayette adults are obese. While that obesity rate is higher than the national obesity rate of 28.0%, it is the only rate among Kentucky metro areas that falls below 30%.

Elderly Lexington-Fayette residents appear to have the best preventive care in the state. There were 49.0 preventable hospitalizations for every 1,000 area Medicare recipients — right in line with the national average. Rates were noticeably higher in all other metro areas in Kentucky. 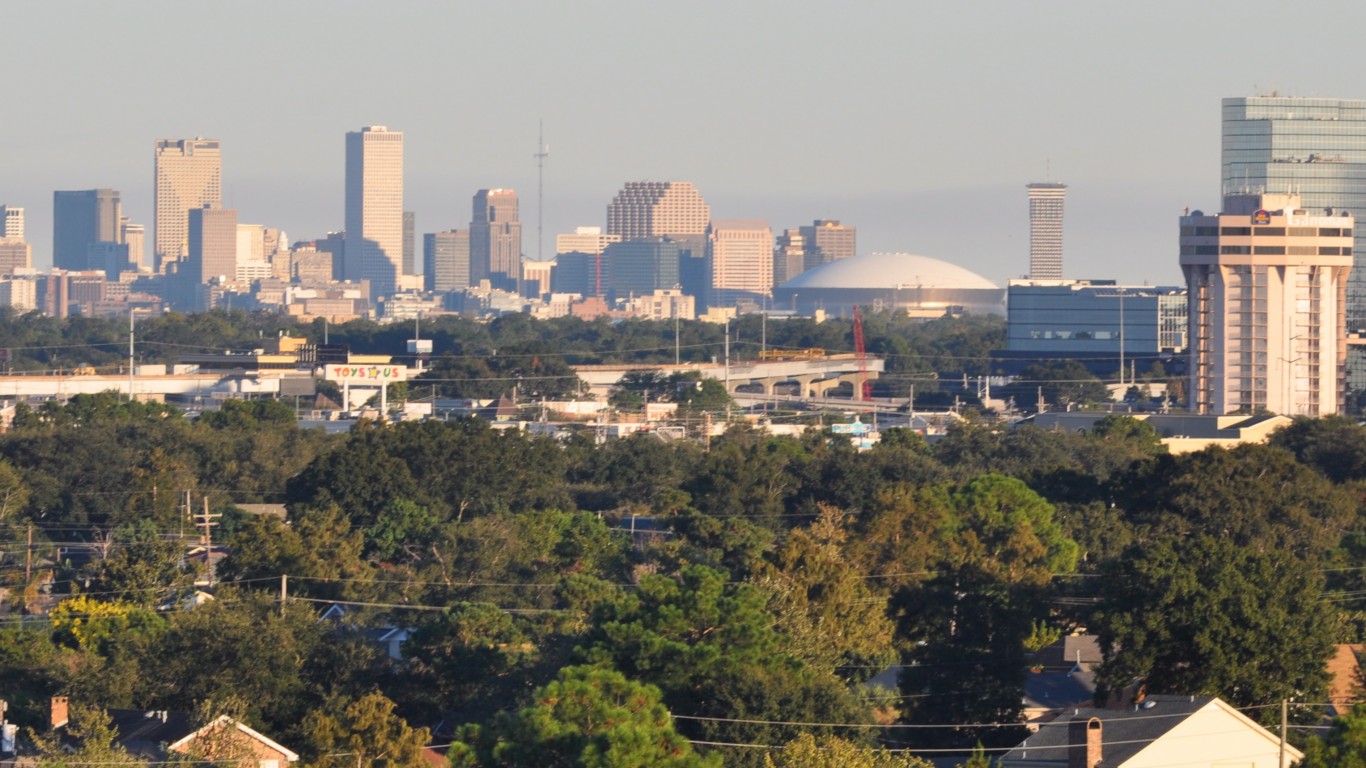 The New Orleans metropolitan area leads the rest of Louisiana in a number of key health outcomes and indicators. The premature mortality rate of 408 premature deaths per 100,000 residents is the lowest in the state, though it surpasses the national rate of 363 per 100,000. The area also has the lowest obesity rate statewide at 26.8%. That may be due, at least in part, to the fact that 87.7% of the population of New Orleans and the surrounding area have access to exercise facilities. No other Louisiana metro area is above the national average of 83.0%.

Poverty and poor health are closely linked, so it should come as no surprise that the New Orleans-Metairie area, the healthiest place in Louisiana, also has the lowest poverty rate. Some 17.0% of area residents live in poverty. While that is above the national poverty rate of 14.0%, most places in the state have poverty rates of 20% and above. 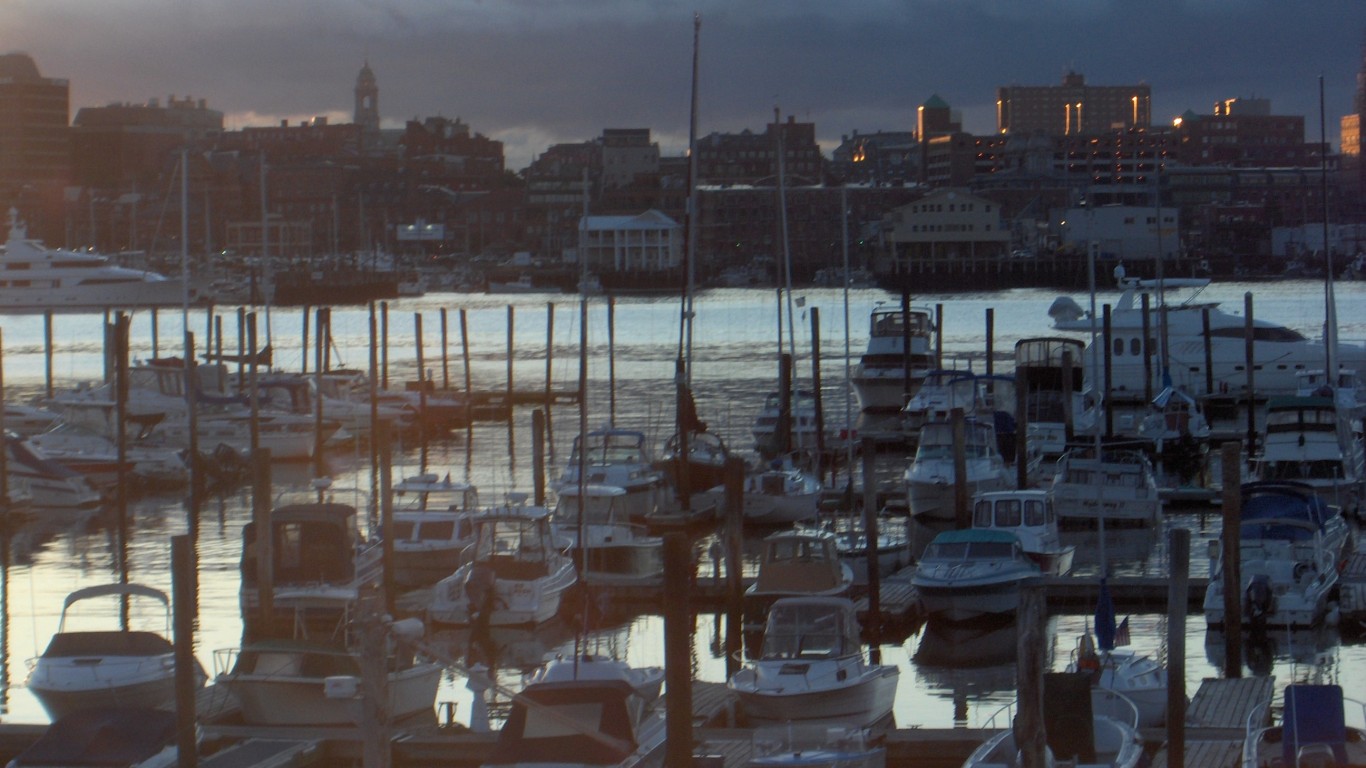 The Portland-South Portland area of Maine far outpaces the other two metro areas in Maine — Bangor and Lewiston-Auburn — in almost all important health measures. The Portland metro area reported an average of 288 premature deaths per 100,000 residents. The other two areas had more than 350 per 100,000. Those in the Portland area reported an average of 3.3 physically unhealthy days in the last month. Both other areas in Maine had more than the national average of 3.7 physically unhealthy days in that time frame.

Just 11.1% of adults in the Portland area, or about one in nine, reported being in either fair or poor health. That rate by far the lowest in the state and well below the national average of 16.0%. The teen birth rate in the area was also well below the rest of the state and national average. Just 12.9 out of every 1,000 births in the Portland-South Portland metro area were from teenage mothers — less than half the national rate of 27.0 per 1,000.

The California-Lexington Park metro area in Maryland is the tenth-most affluent in the nation with a median household income of $78,195. This wealth gives the area’s residents a significant advantage over many other parts of the state and nation in terms of affording top-quality health care, healthy foods, and exercise facilities. More affluent areas also tend to be safer, which may be one reason why the violent crime rate is just 203 violent crimes per 100,000 residents — the lowest rate in the state and one of the lower nationwide violent crime rates.