42 Mega Cities of the Ancient World 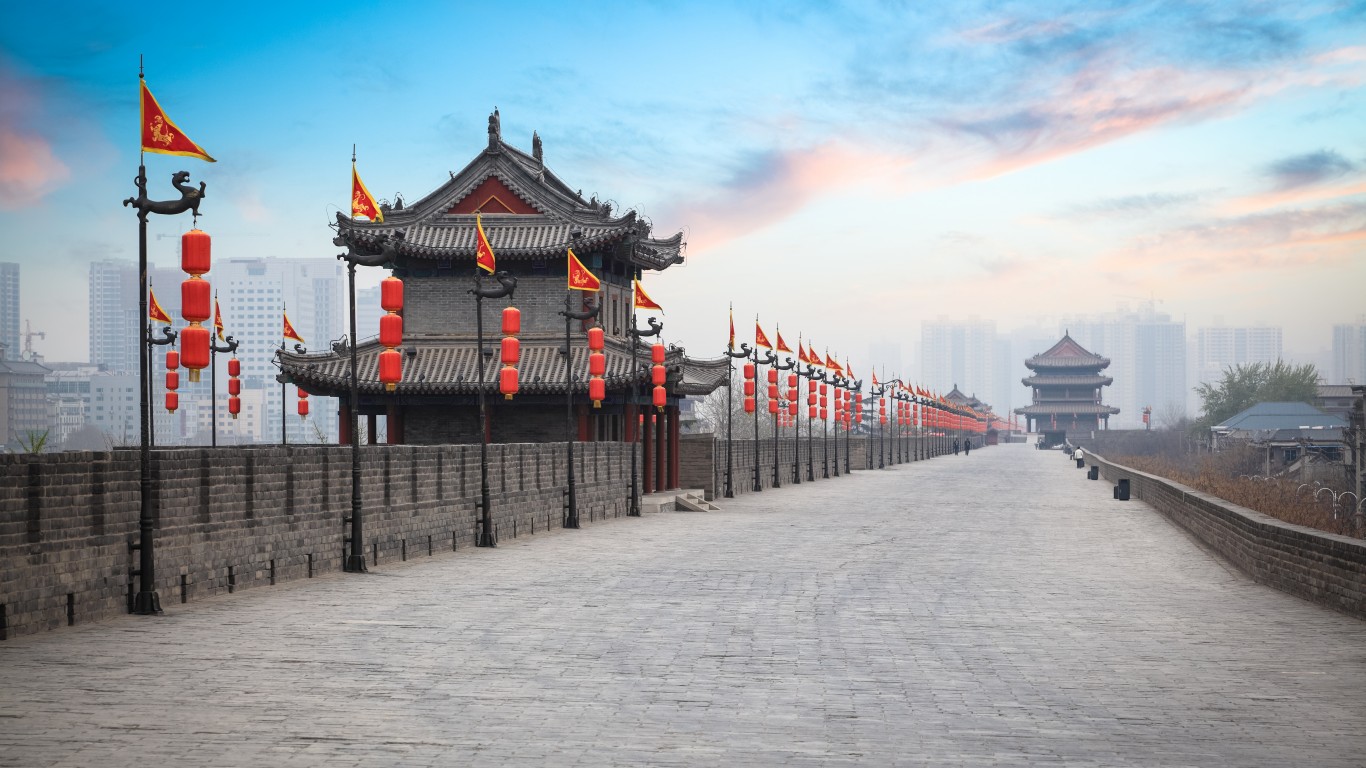 Xi’an, also known as Sian or Chang’an was the second largest city in the world in A.D. 1 after Rome. Xi’an, founded 3,000 years ago in central China, was the eastern terminus of the famed Silk Road trade route. The city was an imperial capital to 10 dynasties. Xi’an’s golden age was during the Tang Dynasty (A.D. 618-907), and it became as significant in the East as Rome was in the West. Xi’an was built in a symmetrical pattern and became a model for city design. When the Tang Dynasty fell, Xi’an was no longer the capital and began to decline. The world would be reminded of Xi’an’s former glory in 1974, when workers digging a well near Xi’an discovered what would be called the terracotta army protecting Qin Shi Huang, the first emperor of China, in the afterlife. 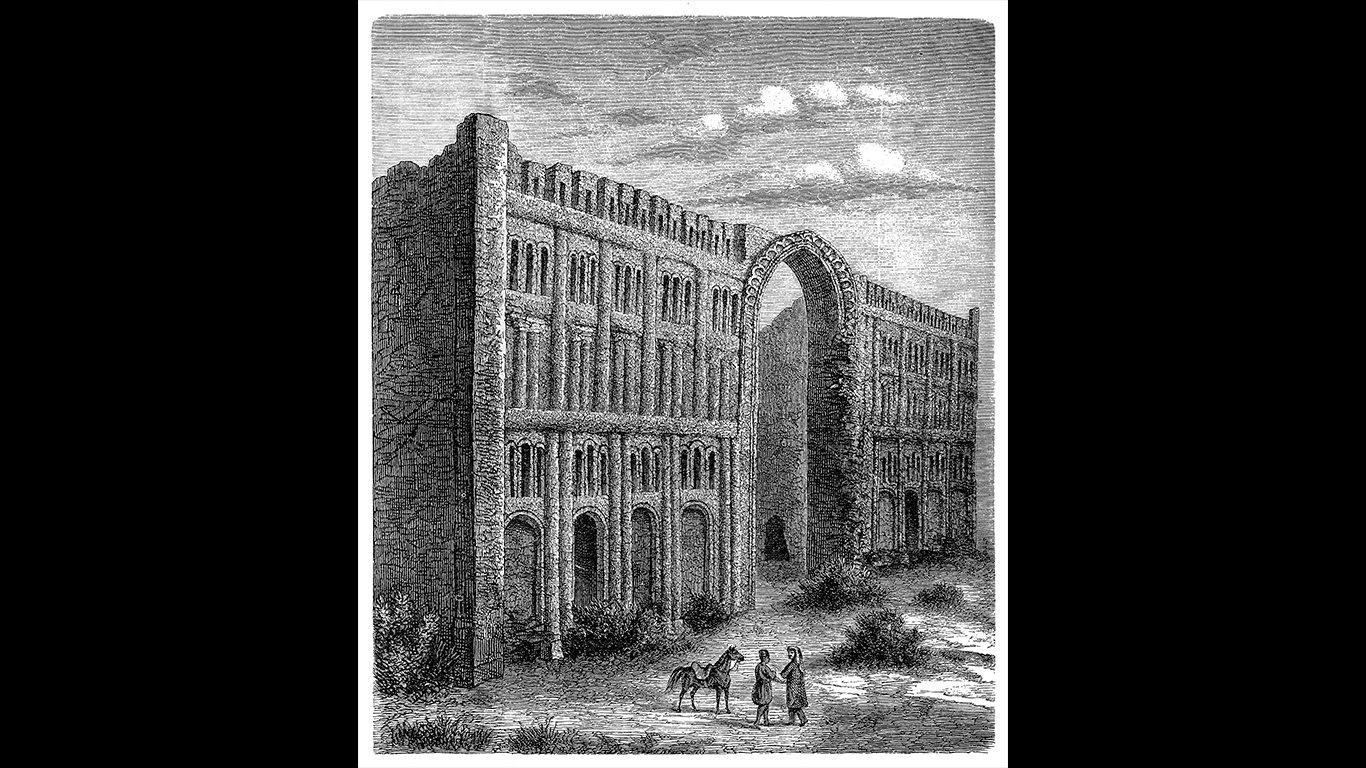 Ctesiphon, also known as Taq-I Kisra, was located on the left bank of the Tigris River, 20 miles southeast of present-day Baghdad. It was the second-largest city in the world in A.D. 600, with a population of 500,000, based on data from the report “Historical Urban Population: 3700 BC-AD 2000.” Ctesiphon was the winter capital of the Parthian Empire and later of the Sāsānian Empire. The city’s site is renowned for the remains of a massive vaulted hall called the Ṭāq Kisrā that is believed to be the remains of the palace of the Sāsānian king Khosrow I who lived in the sixth century. Ctesiphon’s importance declined after it was sacked by the Romans and the Arabs, and later after it was surpassed by the newly built Baghdad. The city’s ruins were used as a quarry for building materials. 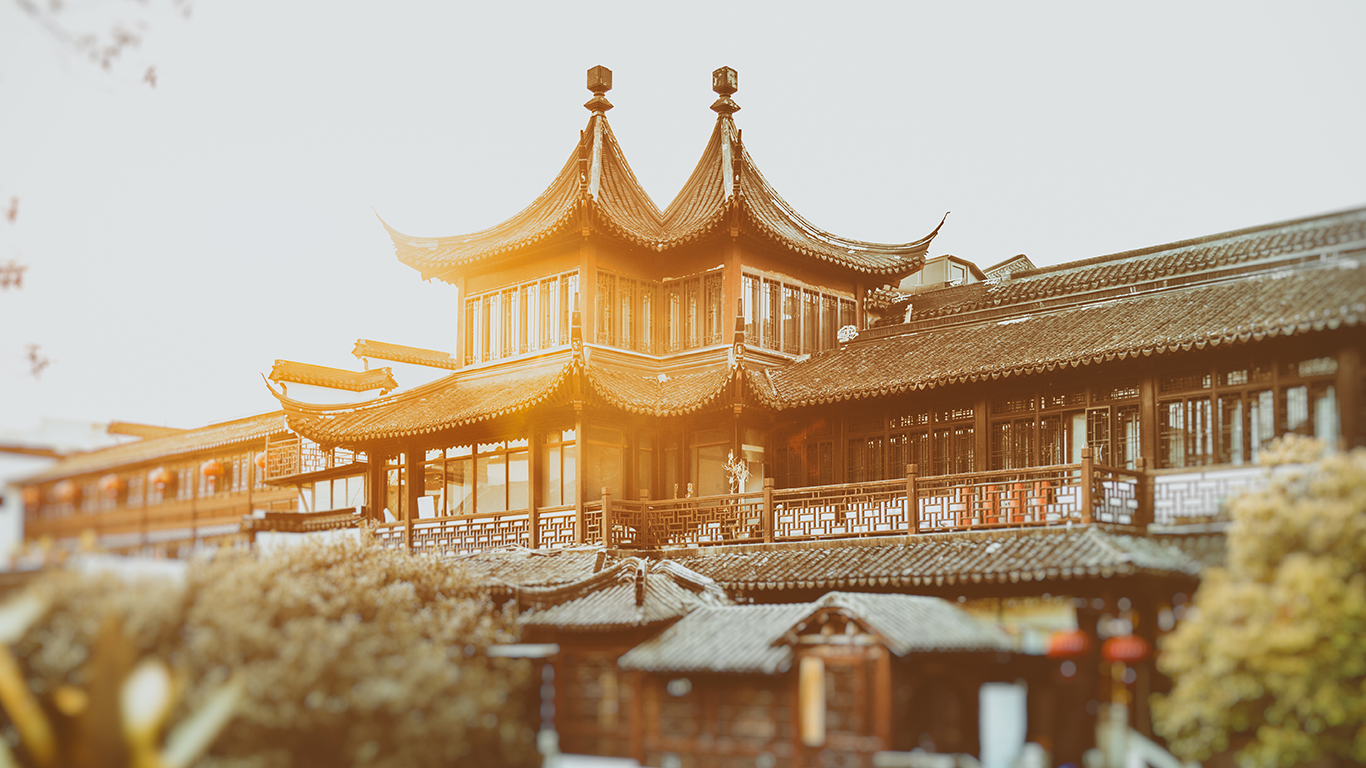 Nanjing, also known today as Nanking, was the world’s largest city in the year A.D. 500 with 500,000 people, along with Constantinople and Luoyang, based on data from the report “Historical Urban Population: 3700 BC-AD 2000.” Nanjing was one of the four ancient capitals of China along with Beijing, Xi’an, and Luoyang. Nanjing’s importance was due to its key position on the Yangtze River.

The city served as the capital of 10 Chinese dynasties over an 1800-year period. Nanjing began its rise to prominence during the Three Kingdoms era (A.D. 220–280). Sun Quan, founder of the Eastern Wu Dynasty, shifted his court to Nanjing and presided over a dramatic increase in trade and prosperity for the city. Nanjing reached its peak in the mid-sixth century, as it benefited from migration of craftsmen and artists fleeing the violence in the north. Nanjing became capital for all of China during the Ming Dynasty, before the capital was moved to Beijing. 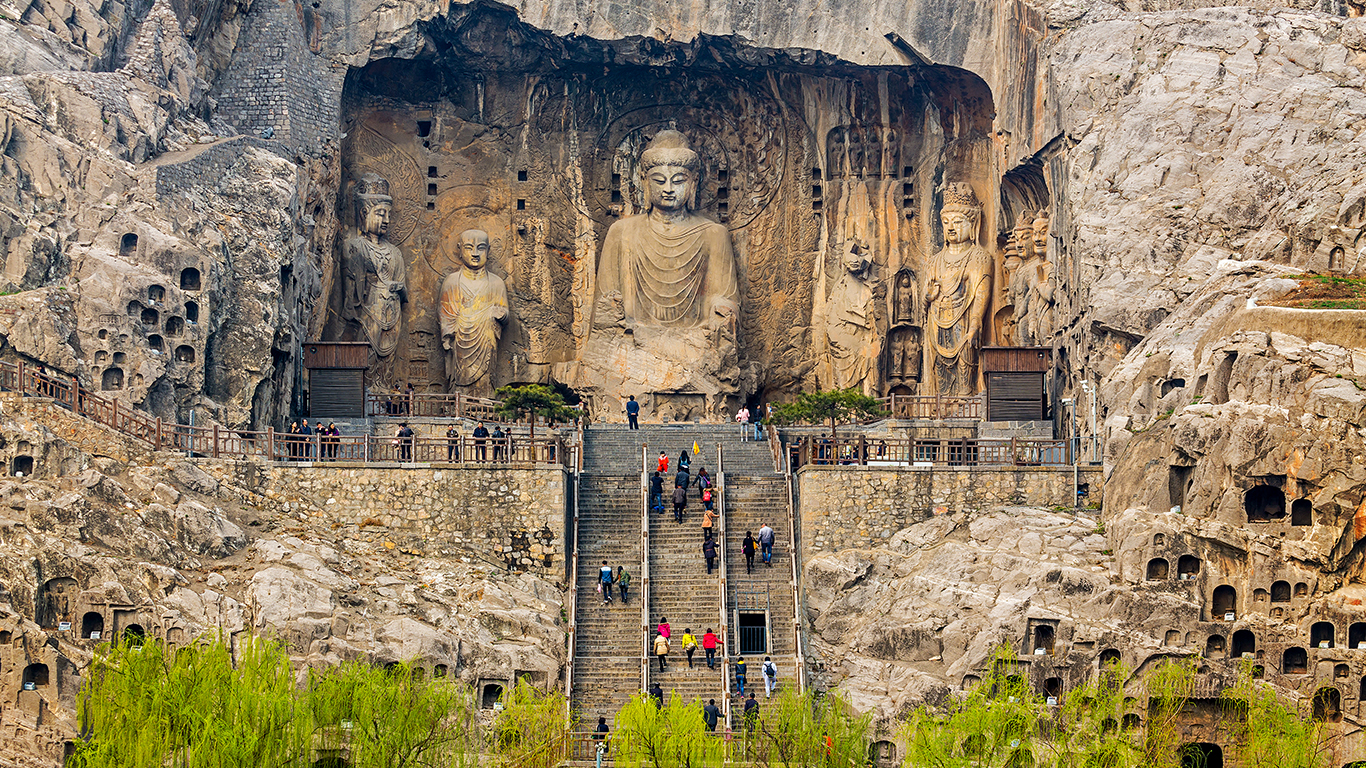 Luoyang, also known today as Honan, is situated where the Luo and Yi rivers meet in the Henan province of eastern-central China. Luoyang vied with Xi’an to be China’s capital city. Luoyang was a particularly important city when it was capital during the latter stages of the Han Dynasty (206 B.C.-A.D. 220). The city was surrounded by high walls and 12 gates and would be eventually laid out in a grid pattern. Luoyang developed a rich cultural tradition, and was especially noted for its Confucian literature. Luoyang also was a trading mecca, receiving goods from across the Chinese Empire, Japan, and central Asia. But Luoyang suffered repeated sackings as dynasties switched capital cities and the city fell into ruin by the third century. 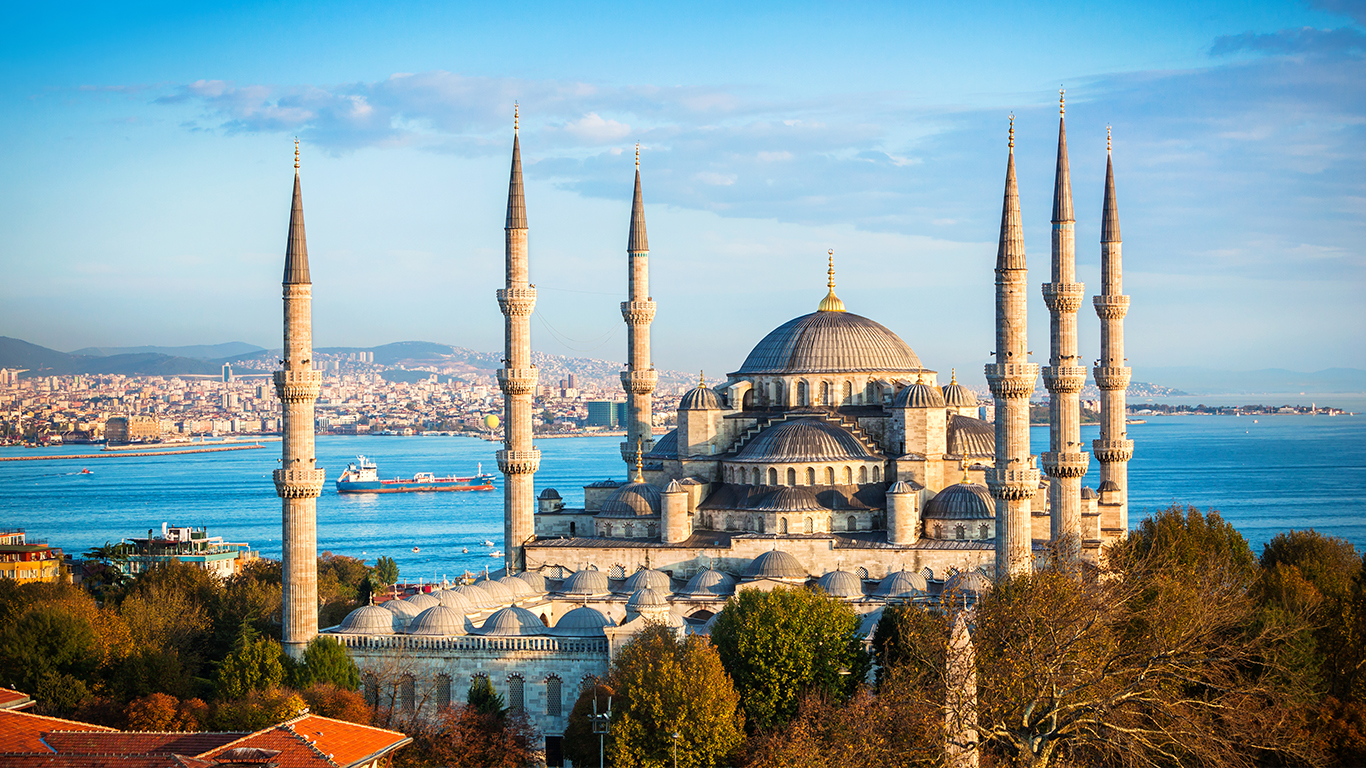 Unlike many of antiquity’s oldest and largest population centers, Istanbul is still one of the world’s major cities, although little to no original structures remain of the ancient city. Over its long history, numerous fires, earthquakes, and invasions devastated and reshaped Istanbul. More than 60 destructive fires were considered important enough to include in the historical record, and recent seismic research has revealed there was over a period of thousands of years regular severe earthquakes in the region. The city changed hands many times, most notably after the invasion of Constantine the Great.