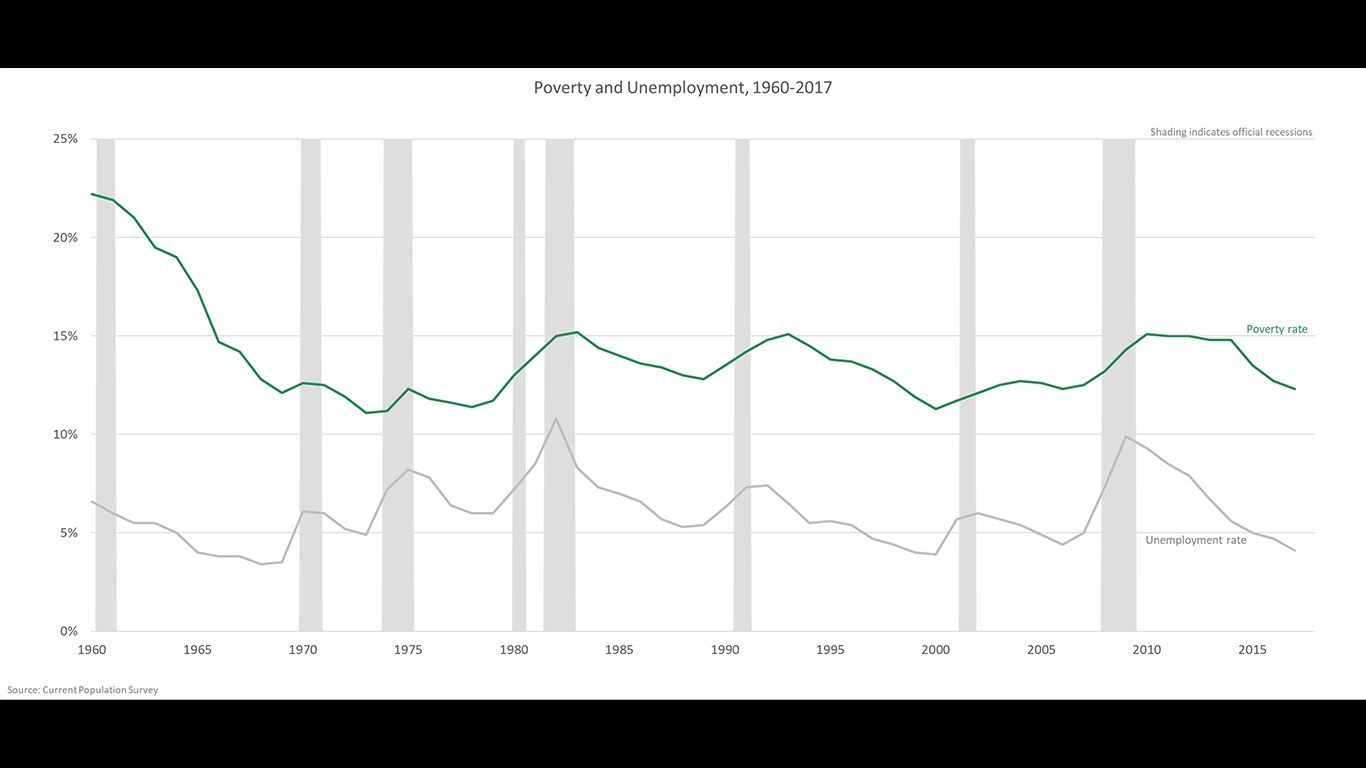 Rising unemployment and the resulting income declines, especially during economic recessions, have closely tracked with changes in the U.S. poverty rate. In this chart shaded regions represent periods of economic recession. 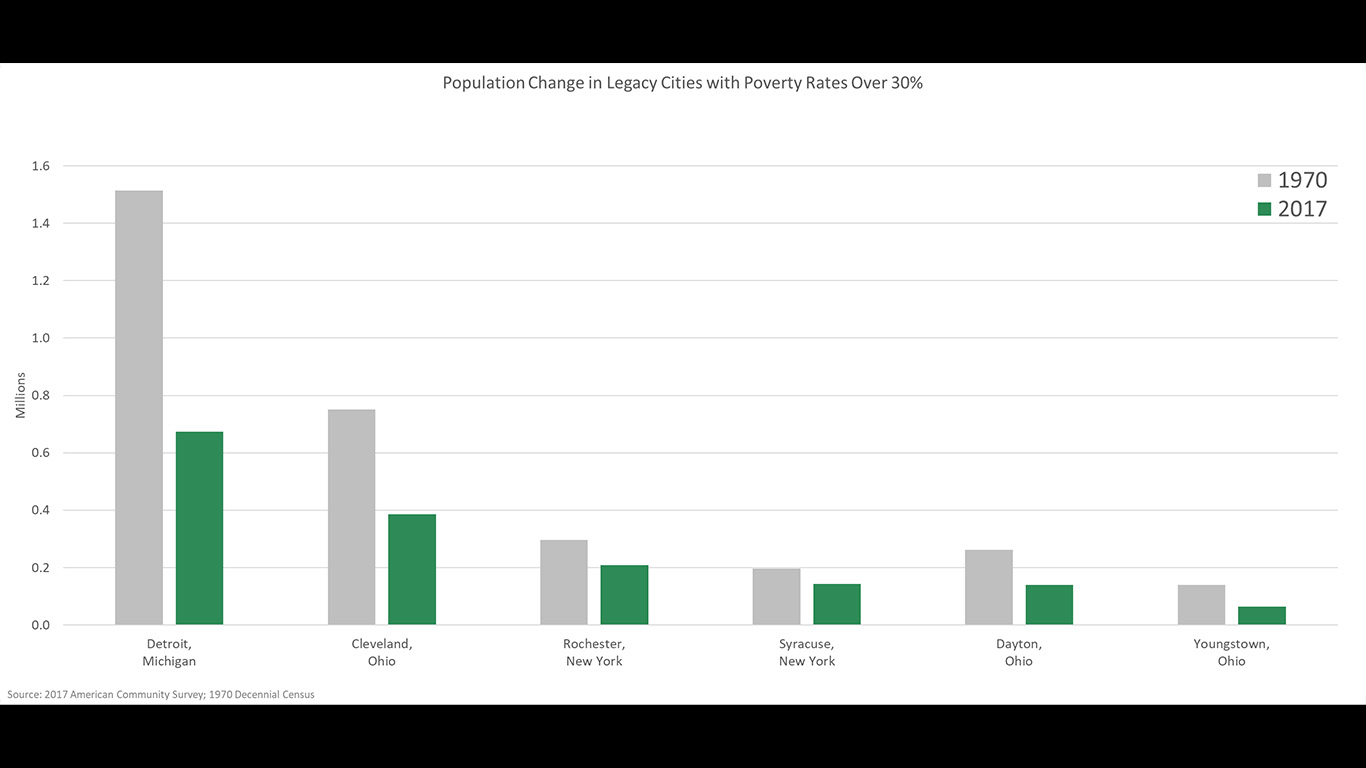 Root Causes of Poverty: Population Change in Legacy Cities with Poverty Rates Over 30%

Some of America’s highest poverty rates are in legacy cities, major metropolitan areas that were once innovation centers and major manufacturing hubs but have since suffered decades of economic decline. There have been significant population and job losses in these cities in recent decades. 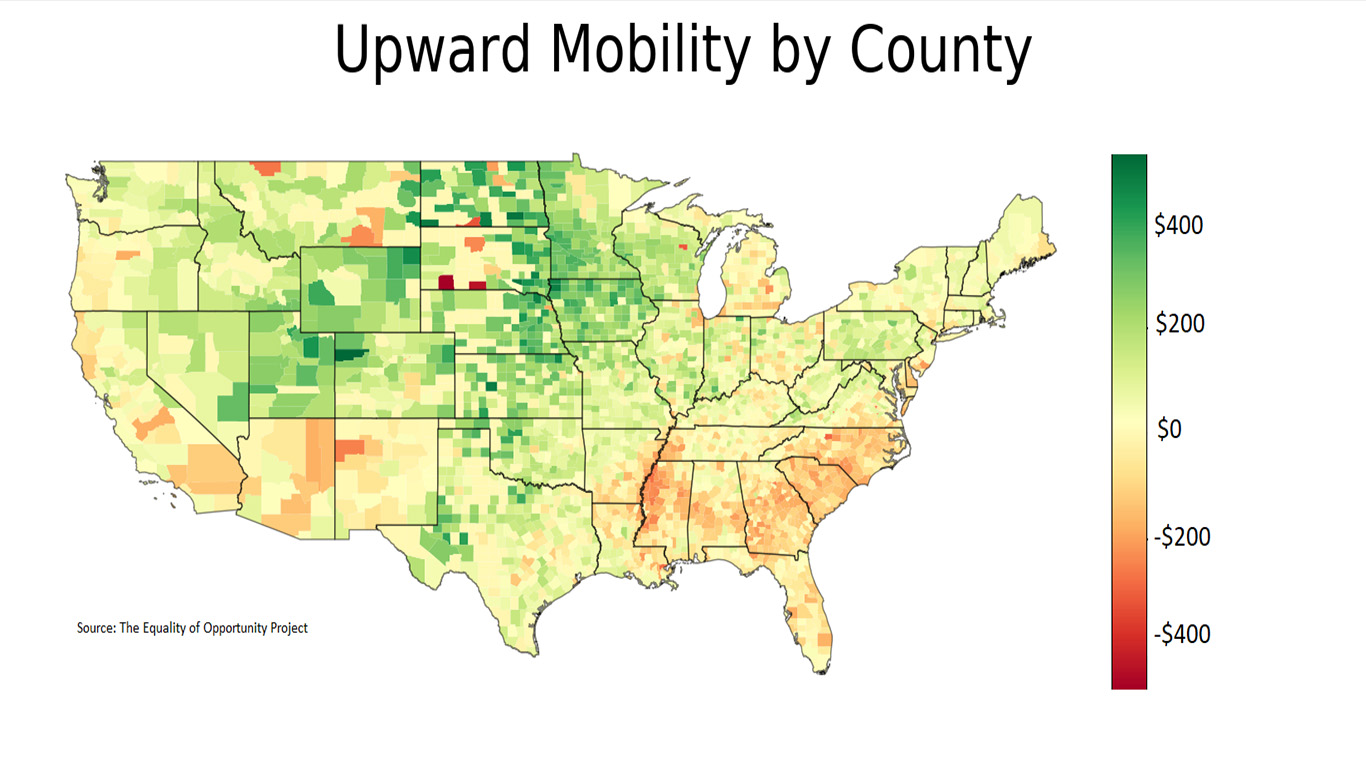 This chart shows the long-term effects of living in poverty. For every year a child grows up in a high-poverty county, his or her expected annual income drops by as much as several hundred dollars.