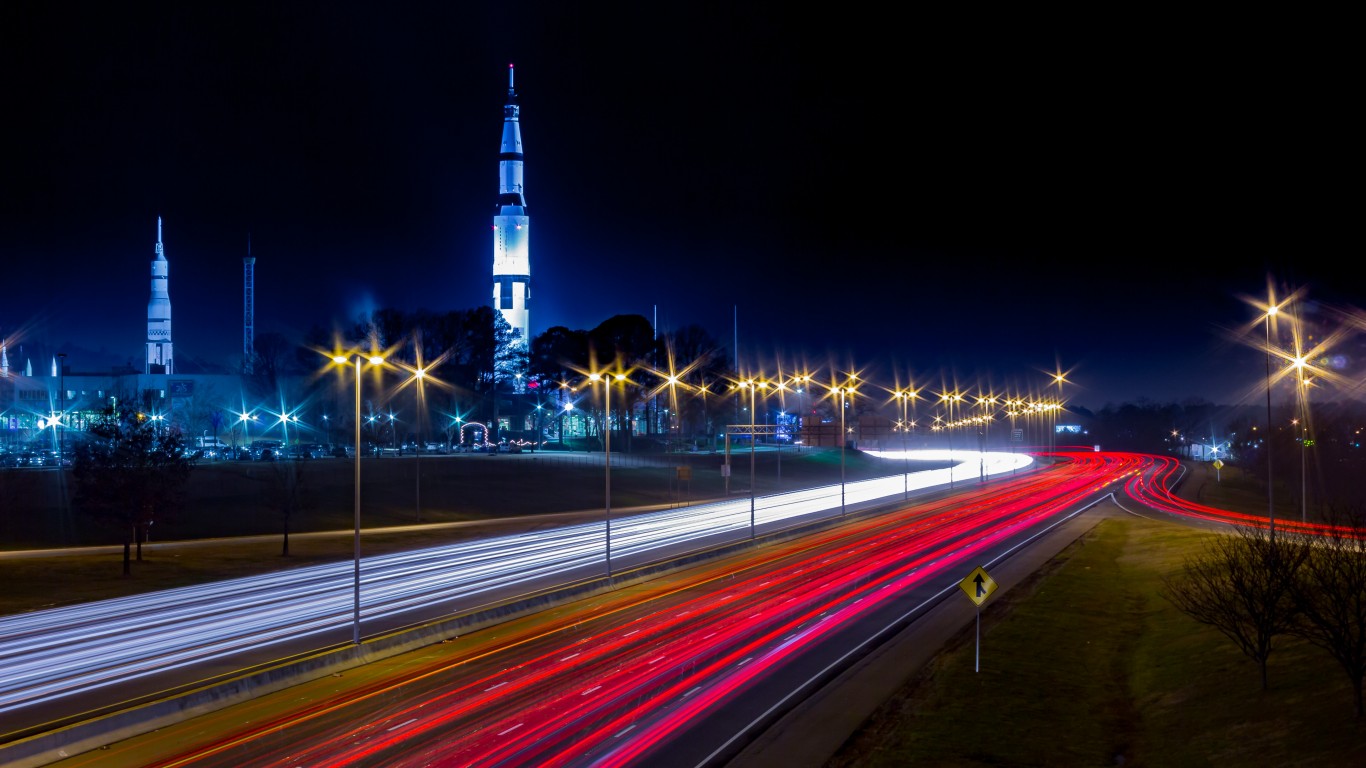 Just 25.5% of adults in Alabama have a four-year college degree, well below the national college attainment rate of 32.0%. Although it is one of the least educated states, not all parts of Alabama have low educational attainment. In three major metro areas, more than one in every three adults have a bachelor’s degree. In Huntsville, 38.8% of adults do, the largest share in the state.

High tech industries in Huntsville require a highly skilled, well-educated workforce. Nicknamed “Rocket City USA,” Huntsville, which is where the rocket that carried the first U.S. satellite into orbit was built. The city is also home to a NASA field center and the U.S. Space and Rocket Center. The metro area is also home to research institutions Alabama A&M University and University of Alabama in Huntsville, as well as Cummings Research Park — a consortium of over 300 companies, largely in science and technology fields. 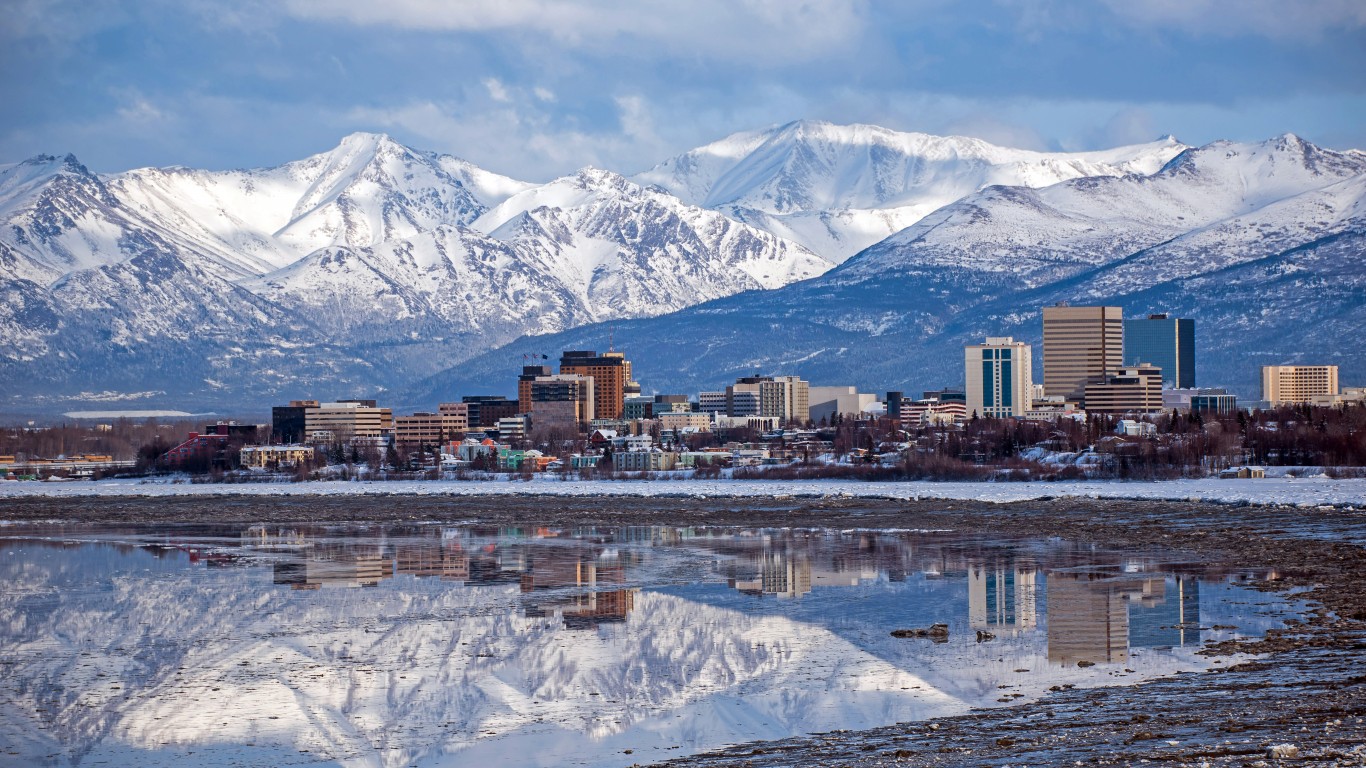 Both Anchorage and Fairbanks, the only two metro areas in Alaska, are home to a larger share of college-educated adults than the state as a whole. While just 28.8% of adults across Alaska have a bachelor’s degree or higher, 29.6% of adults in Fairbanks and 31.6% in Anchorage do. Anchorage, the best-educated city in the state, also has the highest concentration of wealth. While the median household income of $76,871 a year aligns closely with the median income in Fairbanks, 8.1% of households in Anchorage earn at least $200,000 year, well above the 6.8% share of households in Fairbanks. For reference, 7.3% of Alaskan households and 6.9% of American households earn $200,000 or more per year. 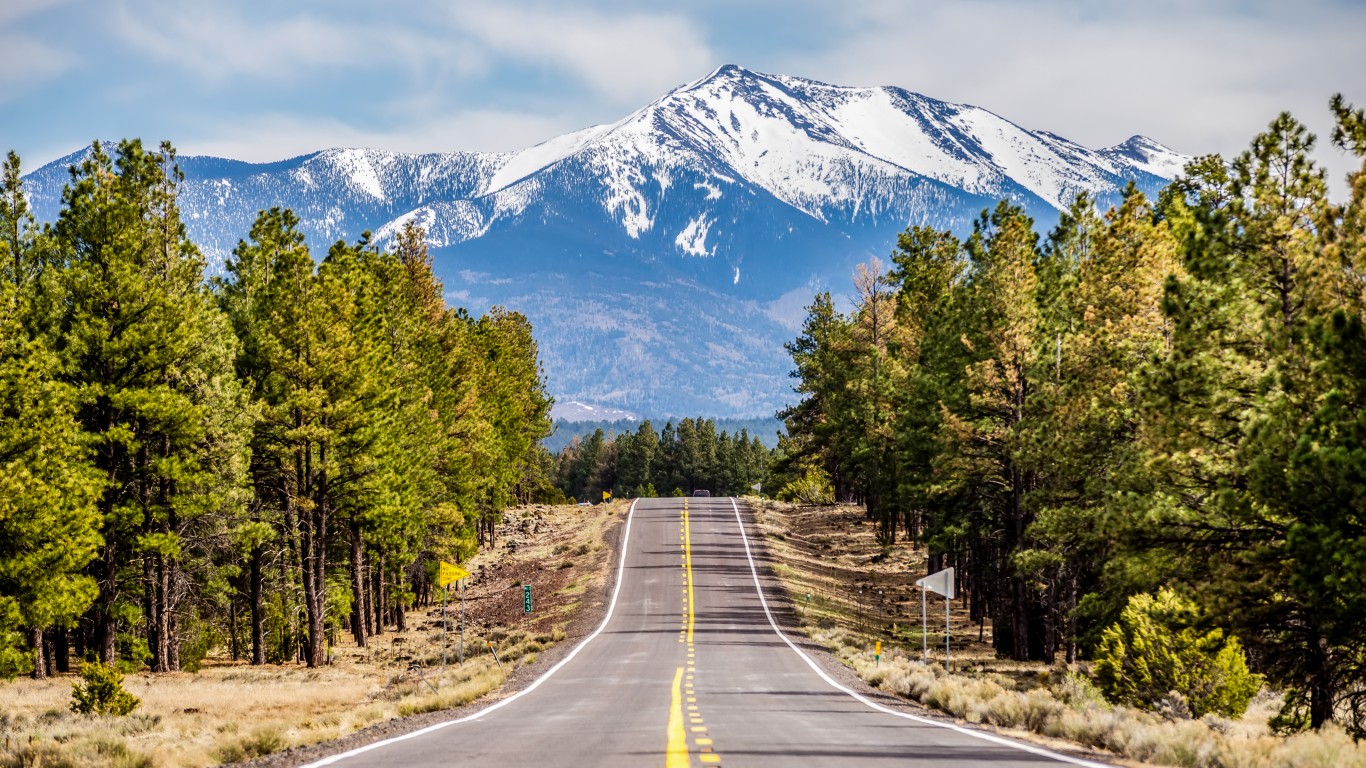 In Flagstaff, 37.3% of adults have at least a bachelor’s degree, by far the largest share of Arizona’s seven metro areas. For reference, just 29.4% of adults across the state as a whole have a four-year college degree.

Cities with a well-educated population often have higher income inequality, and Flagstaff is no exception. Of all area households, 6.0% earn at least $200,000 a year annually, a larger share than the 5.4% share across the state. Meanwhile, 19.0% of the Flagstaff population lives below the poverty line, a far greater share than the 14.9% of Arizona residents. 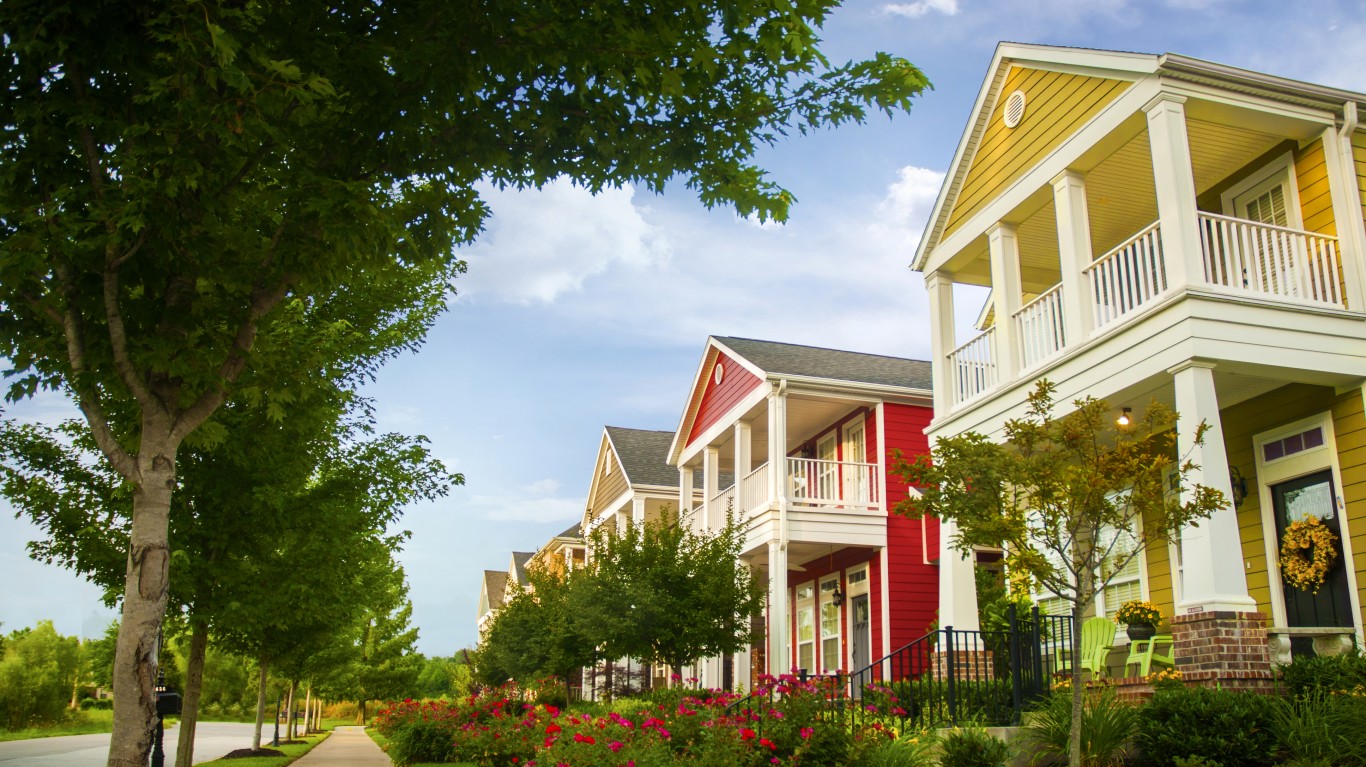 Areas with higher concentrations of college-educated adults tend report higher incomes, and in the Fayetteville metro area, the typical household earns $56,038 a year, the most of any metro area in the state and well above the statewide median income of $45,869 a year. Still, the median income in Fayetteville-Springdale-Rogers is below the national median of $60,336. 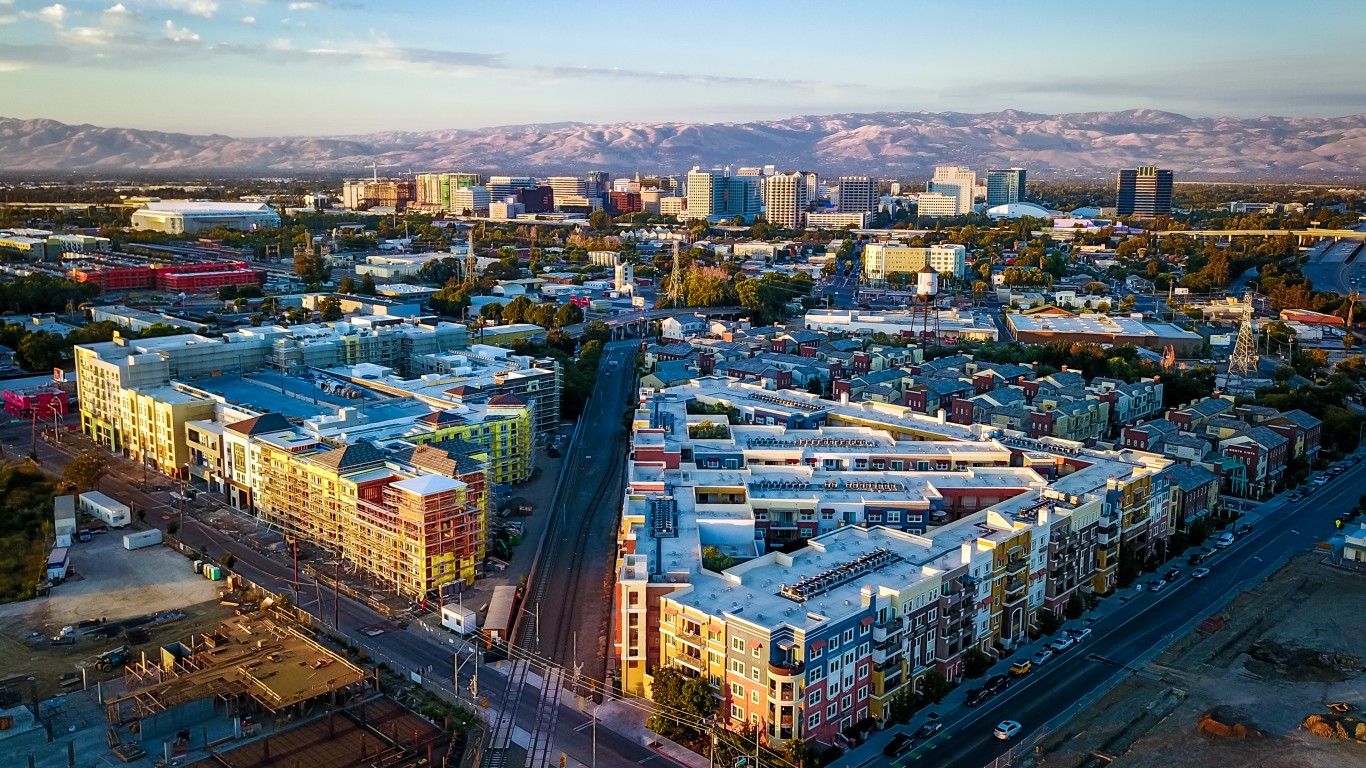 San Jose-Sunnyvale-Santa Clara is one of just eight metro areas nationwide — and the only one in California — in which over half of all adults have at least a bachelor’s degree.

A college education can open doors to high skill jobs with high pay — and the San Jose metro area is home to some of the highest earners in the country. More than one in every four area households earn at least $200,000 a year, by far the largest share in the country. Also, the typical area household earns $117,474 a year, well above the median income statewide of $71,805 a year. Major employers in the metro area, commonly known as Silicon Valley, include tech giants Apple, Facebook, and Google.