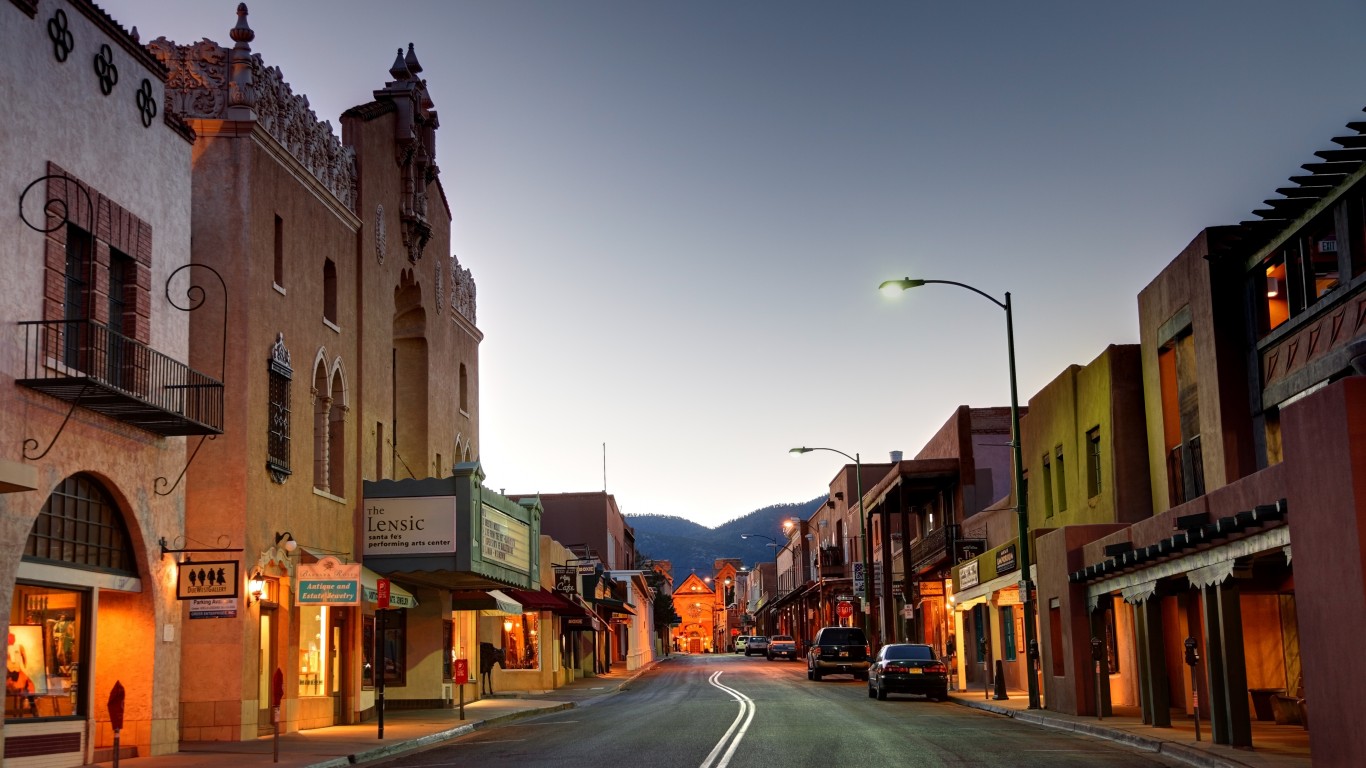 New Mexico’s bachelor’s degree attainment rate of 27.1% is lower than that of most states. Still, some parts of the state have relatively large college educated populations. In Santa Fe, the state capital, 40.3% of adults have a bachelor’s degree, the largest share of any metro area in the state and well above the 32.0% of adults nationwide.

While those with a college degree are more likely to report higher incomes than those with just a high school diploma, the benefit is relatively small in Santa Fe. The average annual salary for workers with a four-year degree in the metro area is $37,055, only about $6,600 more the average salary for workers with only a high school diploma. Meanwhile, the earnings difference is $15,557 across the state and $21,860 across the United States as a whole. 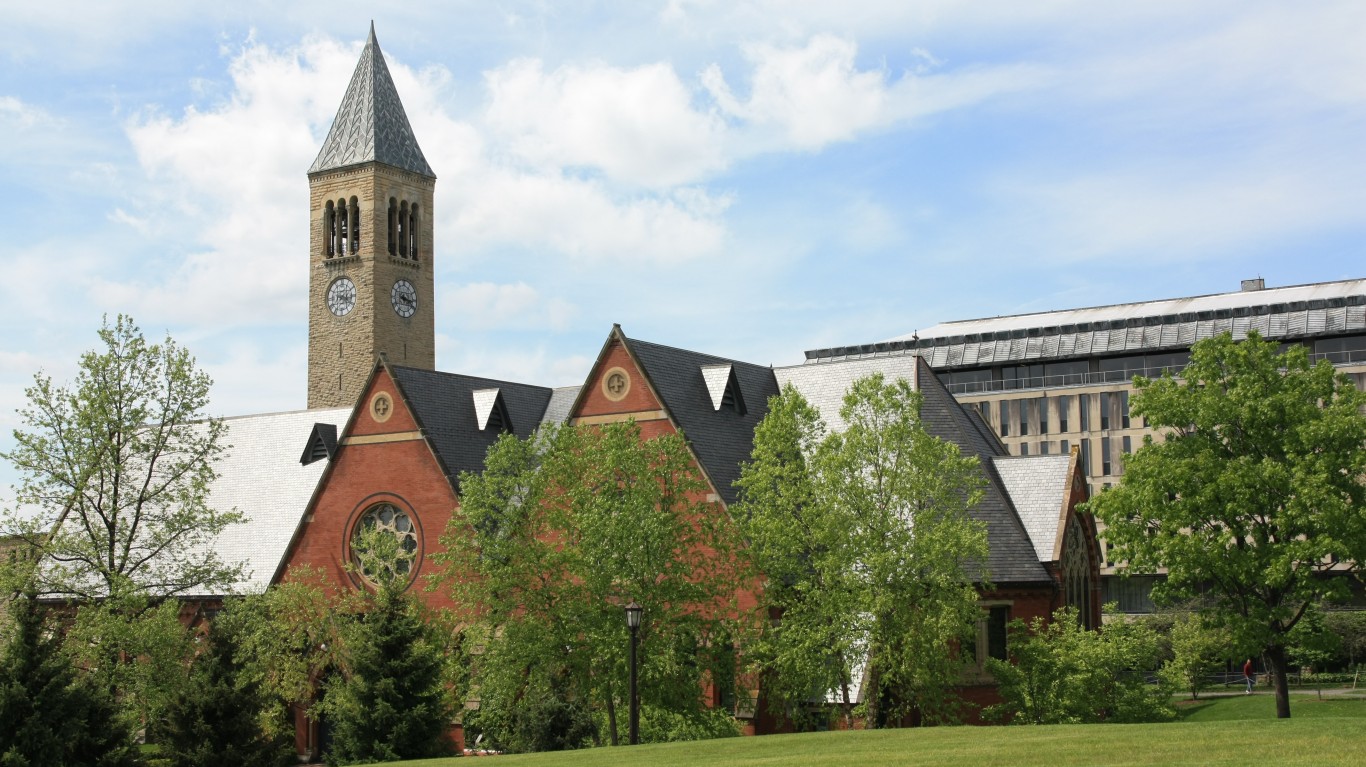 Ithaca is the only metro area in New York state — and one of only eight nationwide — where over half of all adults have at least a bachelor’s degree. The high educational attainment in the metro area is largely attributable to the presence of Cornell University and Ithaca College, which together issued nearly 9,000 degrees in 2015 alone. Cornell, the largest academic institution in Ithaca, enrolls over 8,000 professional and graduate level students and employs 1,650 faculty members, positions that typically require a bachelor’s degree at minimum. All told, the number of students and faculty at Cornell alone is equal to nearly a quarter of the Ithaca metro area population. 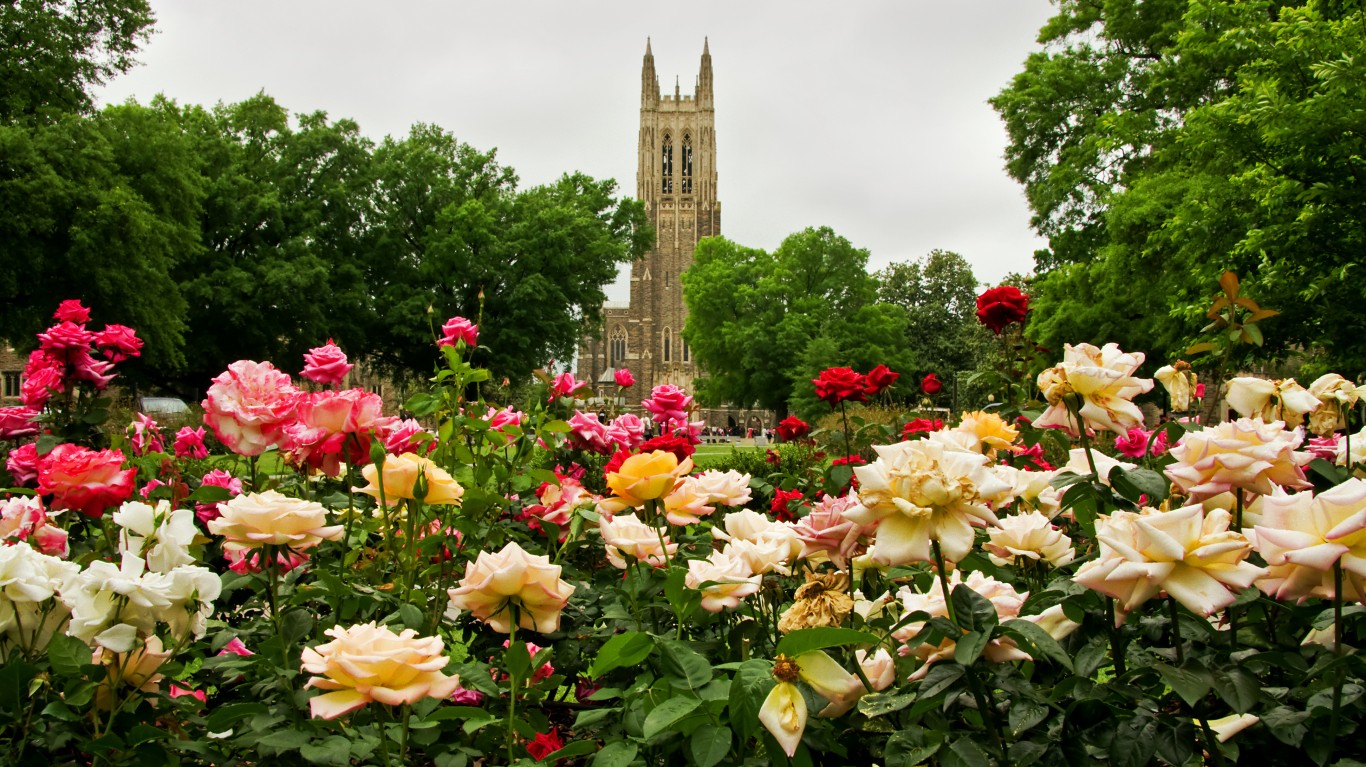 Many of the cities on this list have high concentrations of college educated adults because of the presence of colleges and universities. Postsecondary institutions employ highly educated instructors and researchers, award hundreds if not thousands of degrees a year, and often offer graduate programs for which a bachelor’s degree is a precondition to enrollment. In addition to Duke University, the Durham-Chapel Hill metro area is home to the University of North Carolina at Chapel Hill, the largest university in the state. The 17 colleges and universities in the area awarded more than 18,700 degrees in 2015 alone. 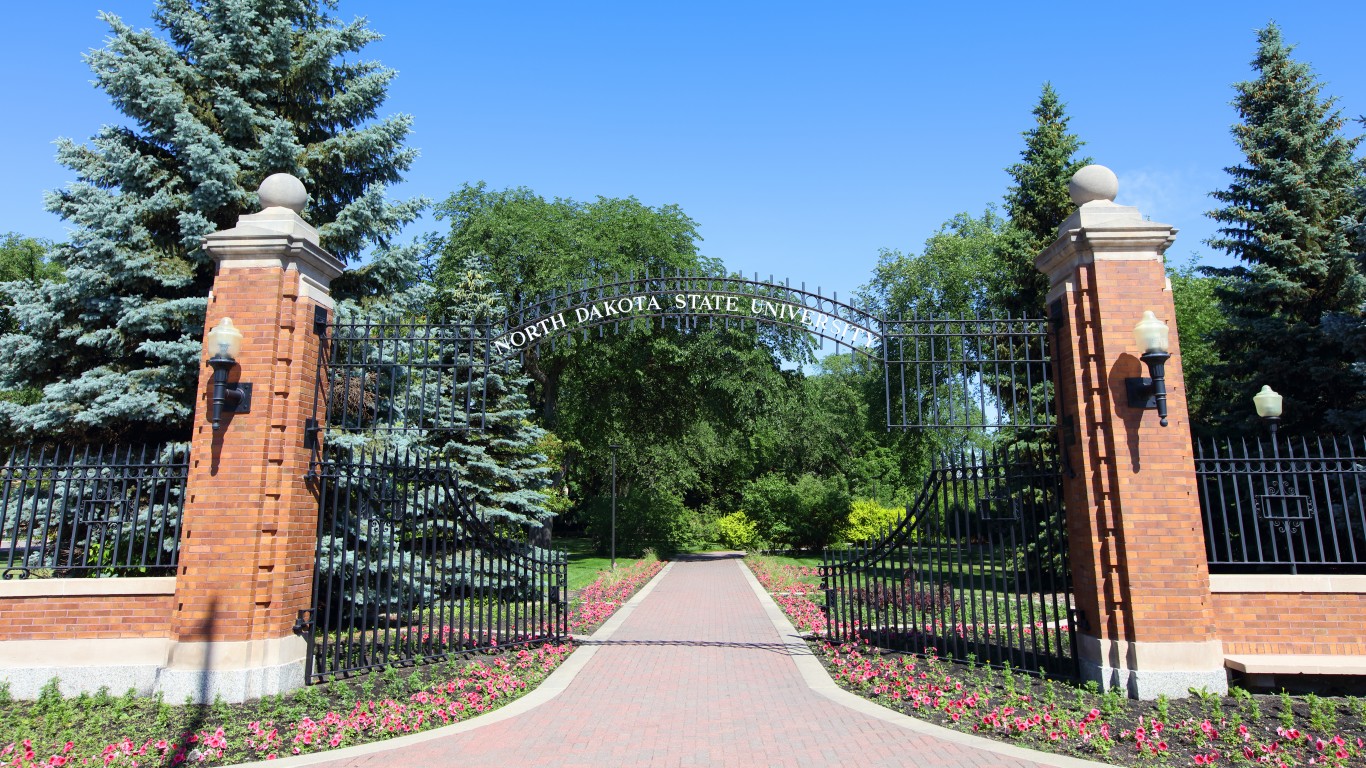 A bachelor’s degree can open the door to higher paying job opportunities — and the financial gain that higher education can bring is greater in Fargo than across the state as a whole. The typical worker with a four-year college degree earns $50,860 a year in Fargo, $15,236 more than the typical high school graduate. Across North Dakota, bachelor’s degree holders earn $50,270 on average, just $14,168 more than the average worker with only a high school diploma. 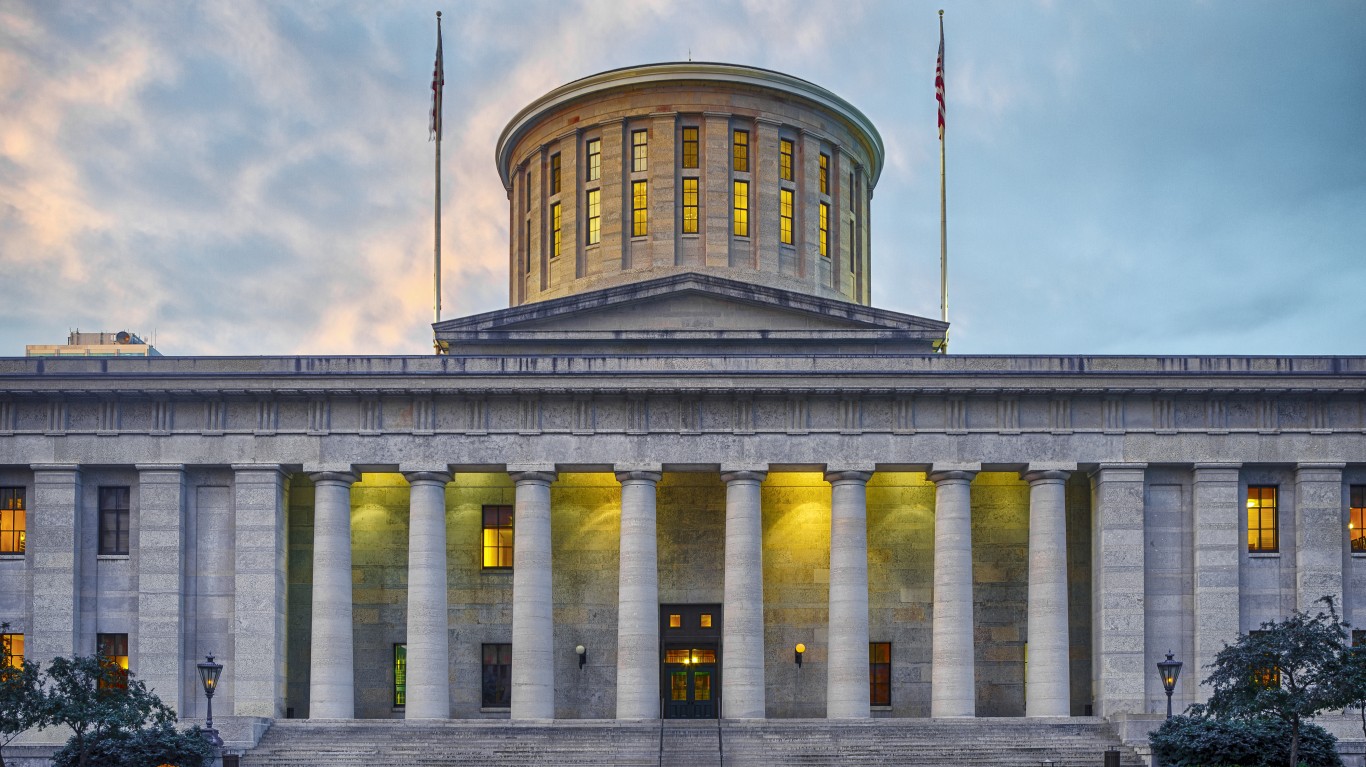 Of the 11 metro areas in Ohio, Columbus is the only one where more than one in every three adults have at least a bachelor’s degree. A college education can insulate workers from economic slumps and make them more attractive candidates to potential employers, and in Columbus, just 4.0% of workers are out of a job, the lowest unemployment rate of any metro area in the state. Across Ohio, just 28.0% of adults have a bachelor’s degree, and the state’s unemployment rate is 4.6%.