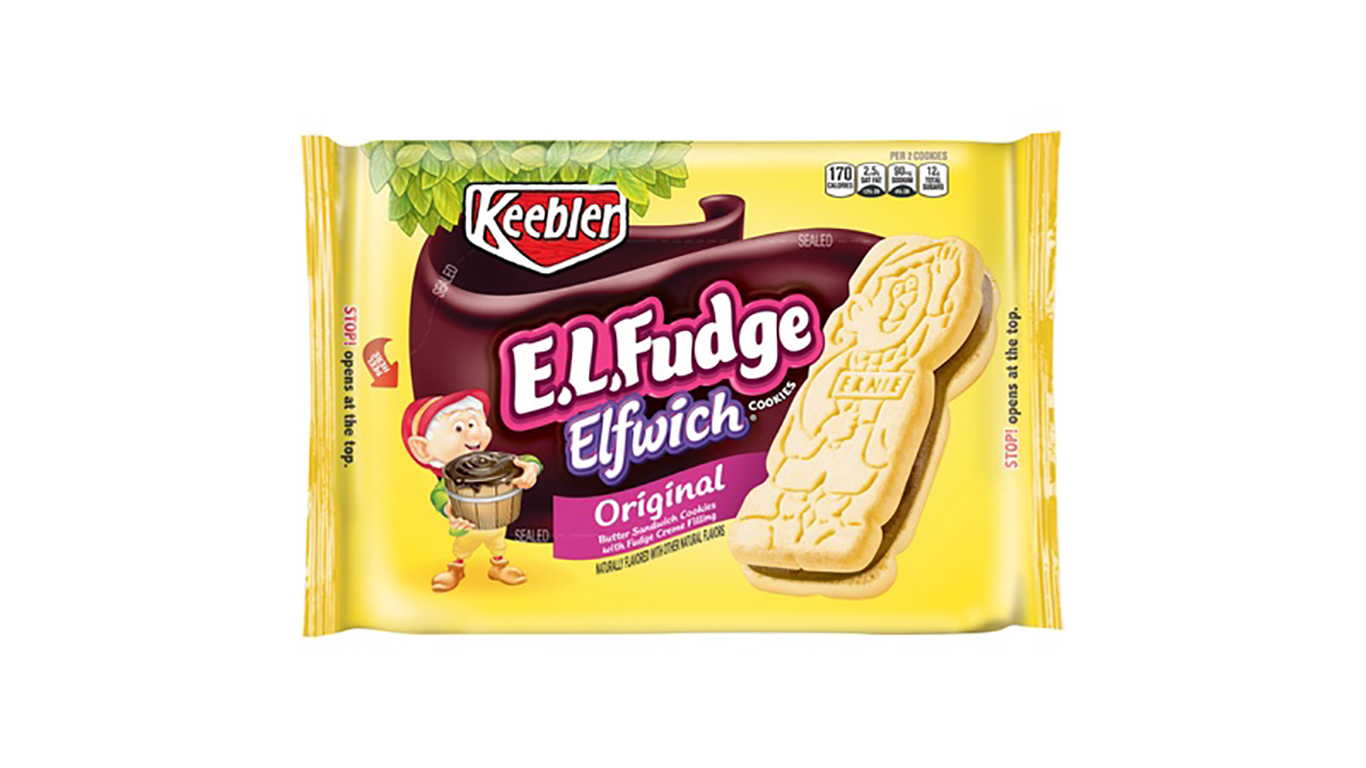 Godfrey Keebler, a German immigrant baker, opened a small neighborhood shop in Philadelphia in 1853. Keebler’s enterprise grew, and in 1926, it became part of the United Biscuit Company of America, headquartered in Chicago. In 1966, the company was renamed Keebler Co. and moved to suburban Elmhurst. Since 2001, it has been part of the Kellogg Co.

The first Keebler elf, dubbed J.J. Keebler, introduced in 1969, was the creation of Chicago’s Leo Burnett Co. ad agency. Ernest J. “Ernie” Keebler appeared not long afterwards, soon joined by others to supposedly make Keebler products in Hollow Tree Bakery, located in a hollow tree. When Keebler introduced the elf-shaped E. L. Fudge cookie in 1987, consumers noticed that the brand’s initials spell “ELF.” However, in early commercials, Ernie reveals that it the “E. L.” stands for “Everybody Loves.” 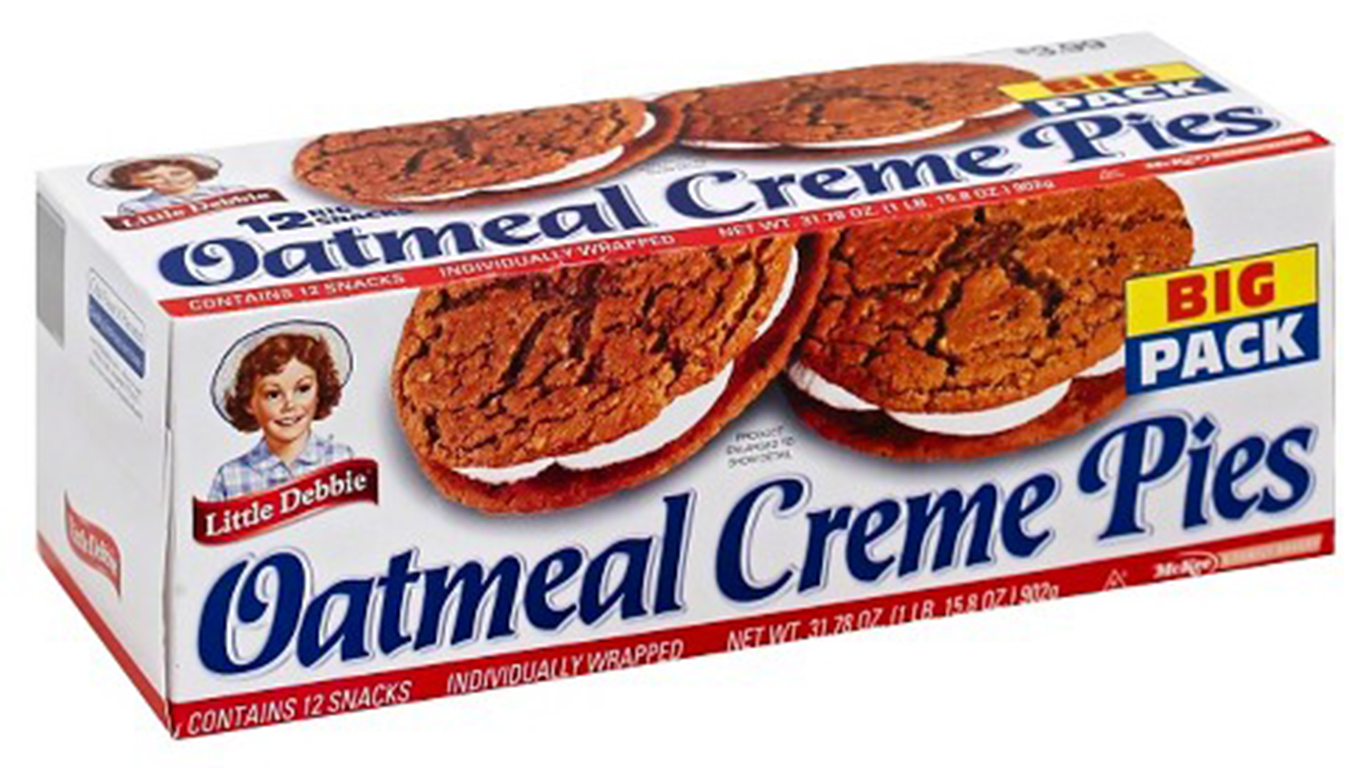 Little Debbie’s parent company, McKee Foods Corporation, was founded in 1934 when O.D. and Ruth McKee bought a small bakery in Chattanooga, Tennessee, and started producing snack cakes.The McKees struggled for decades, until O.D. decided to market some of his products individually wrapped but packaged in multi-snack cartons. One of his suppliers suggested naming the new line after a family member. He thought of his 4-year-old granddaughter Debbie, and the Little Debbie brand was born.

The first product sold under that label, which debuted in 1960, was the Oatmeal Creme Pie, which the company describes as a snack cake but is really a cookie sandwich — two oatmeal cookies separated by a sweetened cream filling. Today, there are chocolate chip and raisin variations, among others, and the company, still family-owned, makes more than 75 varieties of baked goods in all. (McKee’s also now owns another bakery, Drake’s, adding Ring Dings and Devil Dogs, among other items, to its product line.) Oatmeal Creme Pies remain one of the company’s best-selling items, along with Swiss Cake Rolls and Nutty Bars Wafer Bars. Combined sales of these three products exceed $200 million annually. 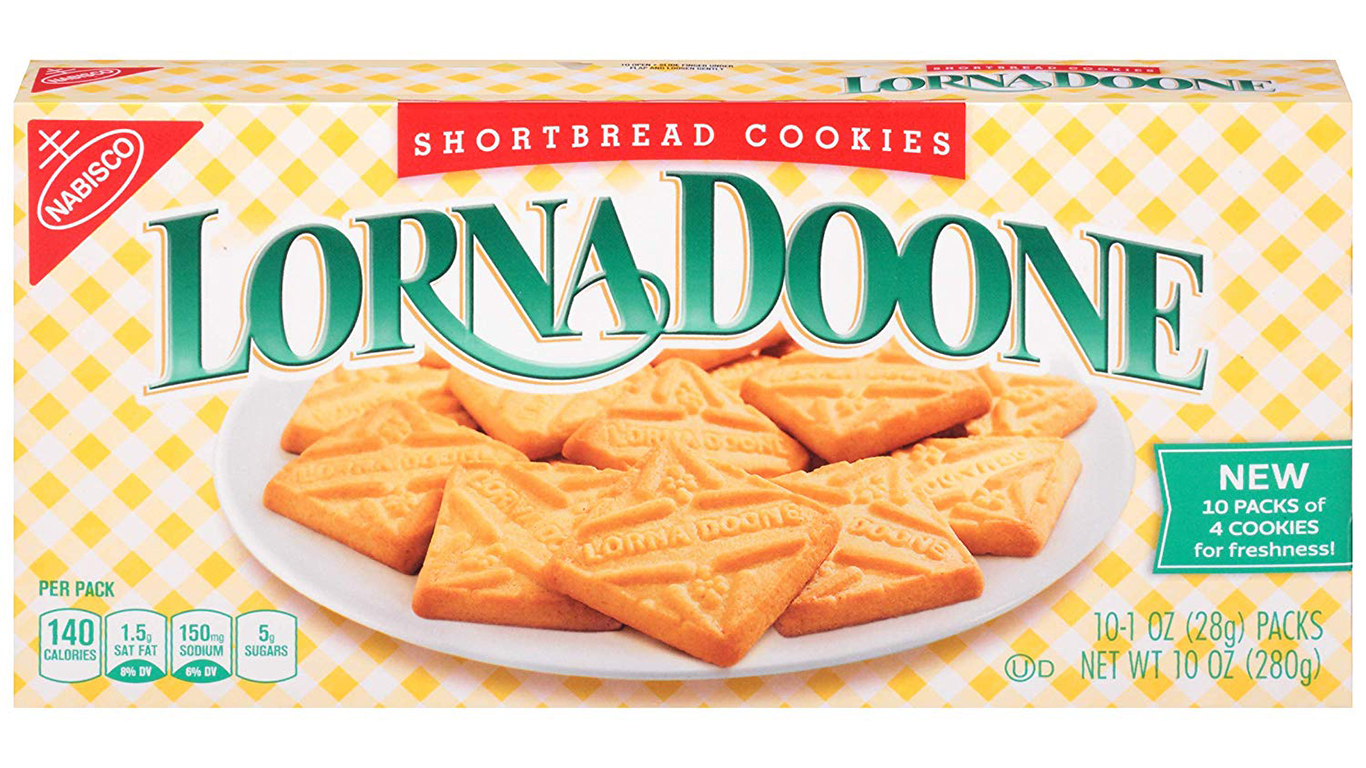 Nabisco released these rectangular shortbread cookies the same year that Oreos first appeared. An oft-repeated origin story for Lorna Doones has it that a Nabisco employee from Pittsburgh, Pennsylvania, named Joe Howat gave his Scottish-born mother’s shortbread recipe to the company. The account given by the Inner-Seal Collectors Club — an organization of Nabisco memorabilia collectors — doesn’t mention Howat, however. According to the club’s website, Nabisco wanted to sell a shortbread cookie but had trouble producing it on a mass scale. One Frank Werner, president of the Werner Machine Company in Detroit, loved shortbread and developed a means of molding the cookies with wooden blocks. He either sold Nabisco the technology or the company developed its own version. The usual story is that because shortbread is Scottish in origin, the company named the new cookies after a popular Scottish novel, “Lorna Doone.” The only problem is that the book’s author, R. D. Blackmore, was English, and though the Doone family was of Scottish origin, the entire novel takes place in Exmoor, in southwestern England. 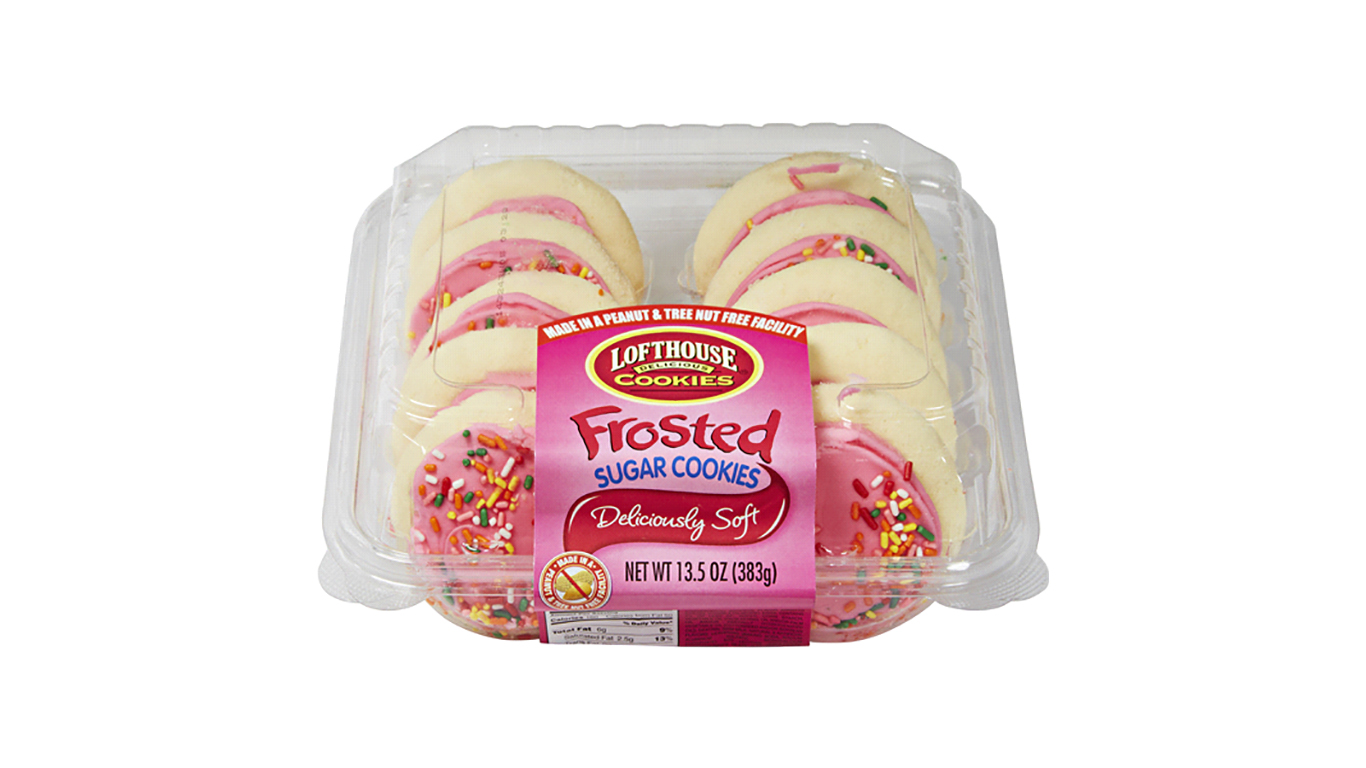 In 1995, Dave and DeAnn Stone, a couple from Farmington, Utah, north of Salt Lake City, launched what is now a popular, ubiquitous grocery store cookie brand out of a small kitchen in nearby Ogden. They baked by night and sold their wares personally to local convenience stores during the day. Though the line has since vastly expanded, the original sugar cookie — soft and chewy, with thick pink frosting covered with multi-color sprinkles — remains Lofthouse’s signature. Since 2012, the company has been owned by ConAgra Foods, whose brands include Hunt’s, Marie Callender’s, and Chef Boyardee, among many others.) 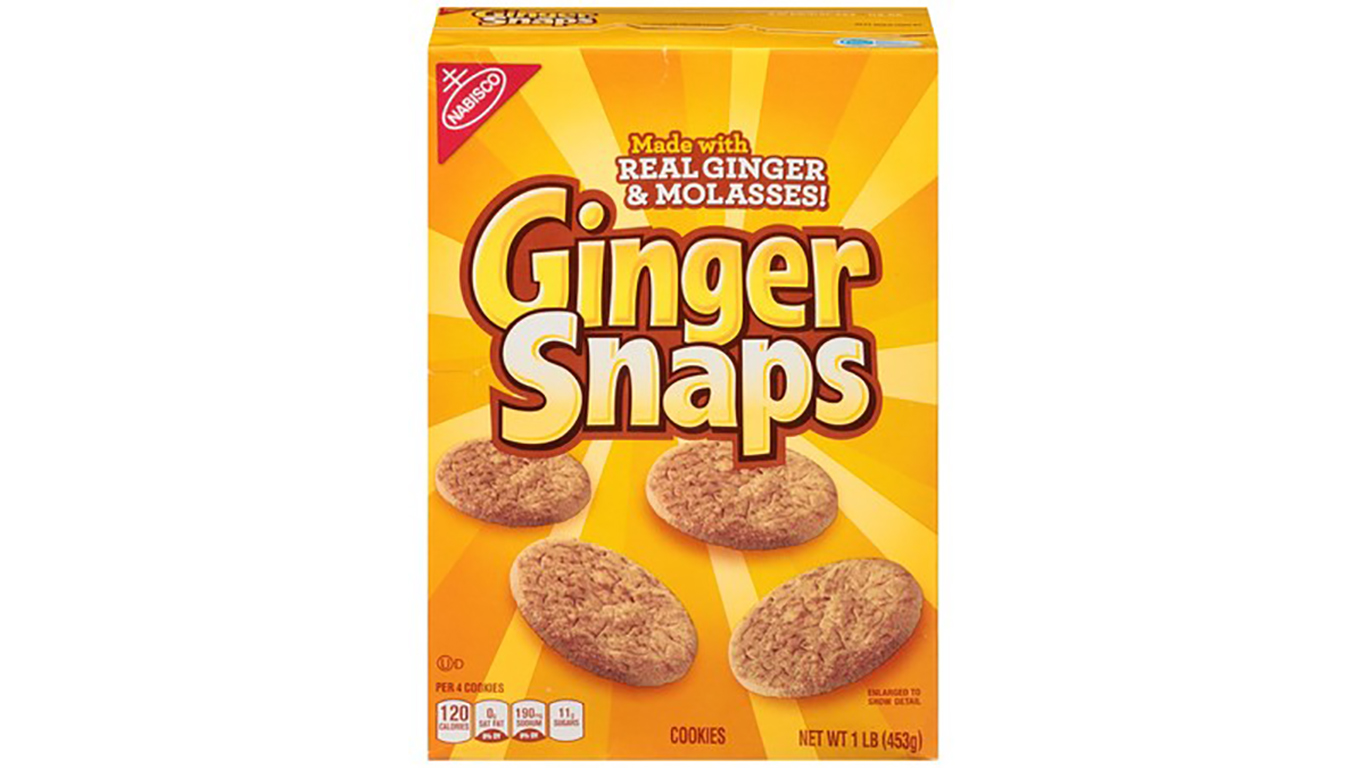 The first ginger snaps (sometimes written as one word) were made centuries ago in Germany and England, probably as variations on gingerbread. Sweetened with molasses, they really do contain ginger. Why they’re called “snaps,” though, is the subject of conjecture. It might be simply because they’re crisp cookies that snap when they’re broken in two, or the word might derive from the German “schnappen,” meaning to grab quickly.

Nabisco rolled out its version of the cookie early in the company’s existence under the name Zu Zu Ginger Snaps. Described as “a spicy combination of ginger and sugar-cane molasses,” they came in packages picturing a clown named Zu Zu. The name is said to have been inspired by the character Zulu from a play called “Forbidden Fruit” by Irish playwright Dion Boucicault. At some point in the 1970s, Nabisco dropped the Zu Zu branding, and the cookies are today known simply as Ginger Snaps. 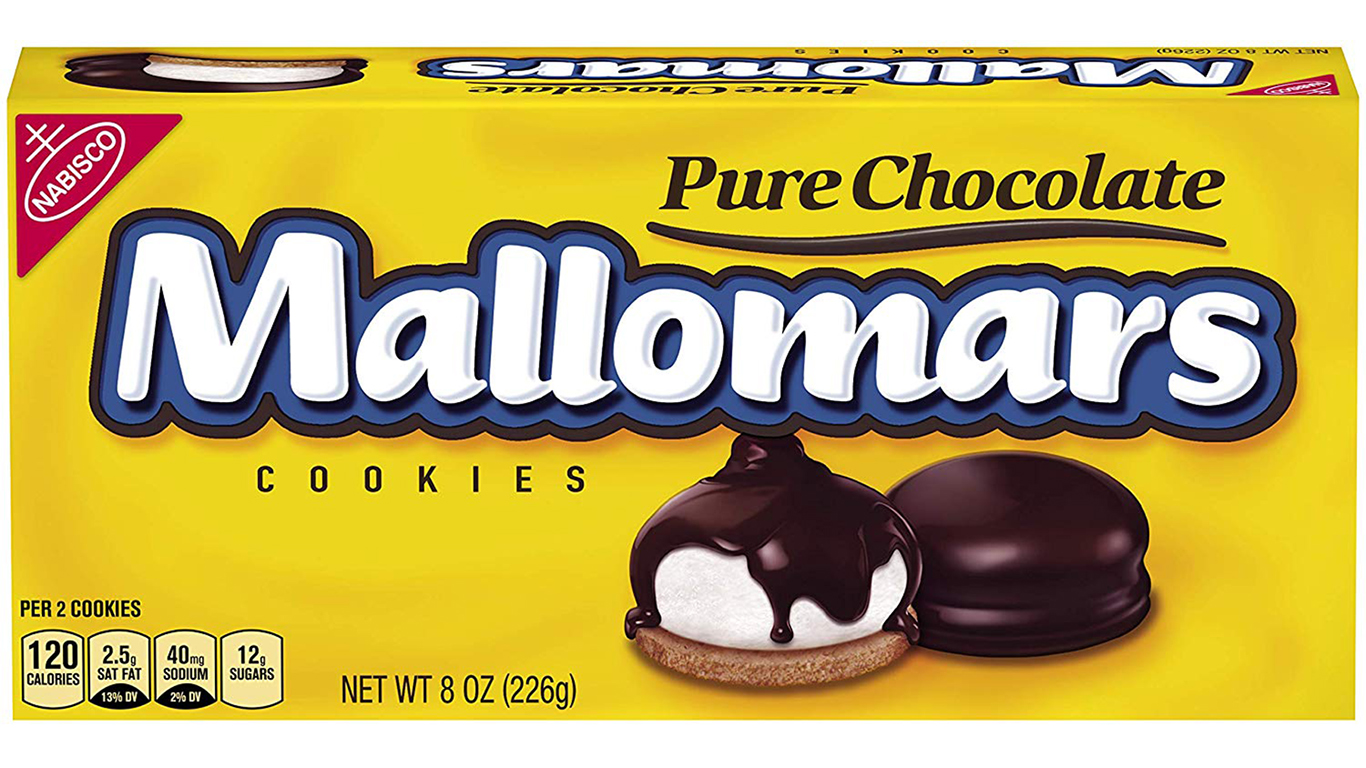 Yet another invention by Nabisco, these graham crackers topped with marshmallow and coated in chocolate were created in Manhattan and originally sold in New Jersey to a grocer in what is now Union City. Mondelēz International, Nabisco’s parent company, now produces them exclusively at a facility in Toronto — though they are not sold in Canada. When the cookies were first introduced, they were sold only in cooler weather, from September through March, because they were prone to melting in the heat. That may not be a problem in this era of refrigerated trucking and ubiquitously air-conditioned stores, but the company maintains the tradition. Some 85% of Mallomars are consumed in the New York Tri-State area.