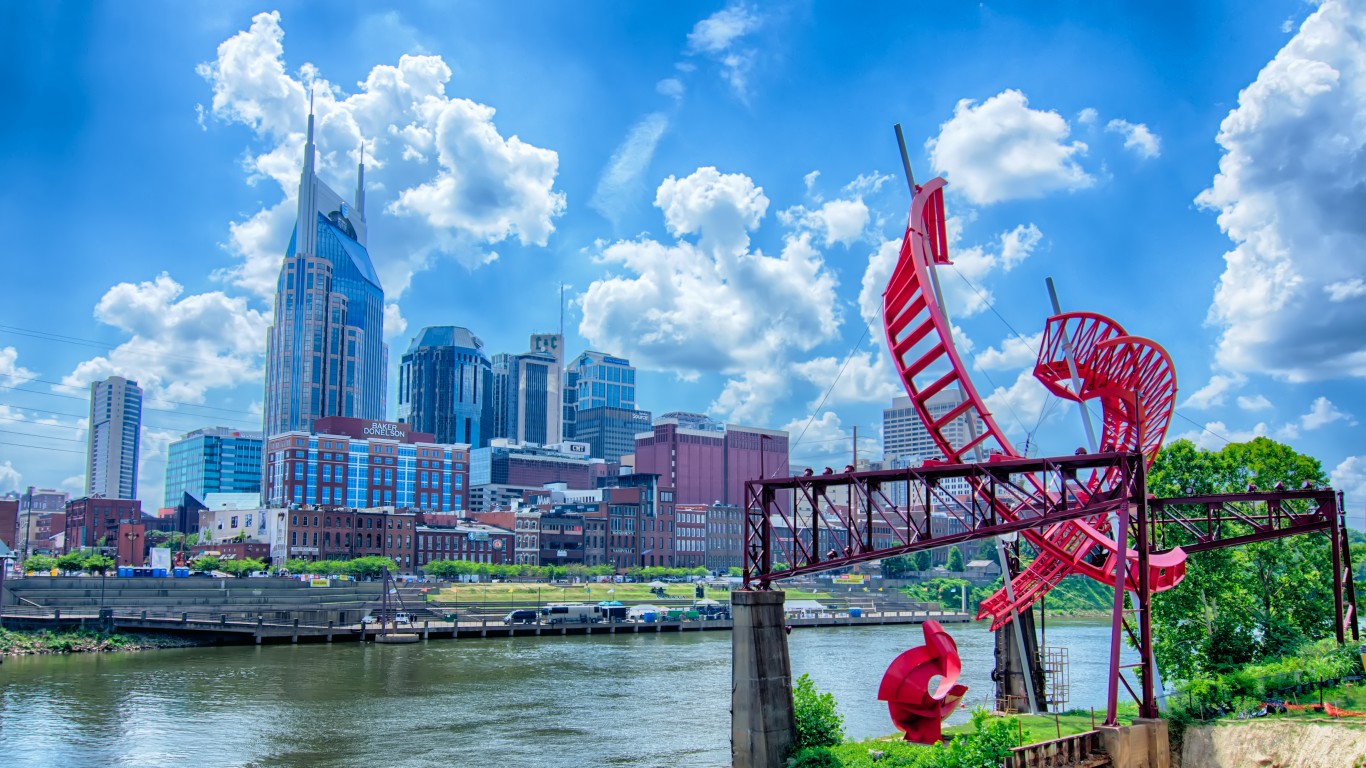 Job growth in the Nashville metro area over the past half decade was driven largely by the professional and business services industry. The industry alone added 41,100 new workers, more than the total employment growth in many smaller cities on this list. 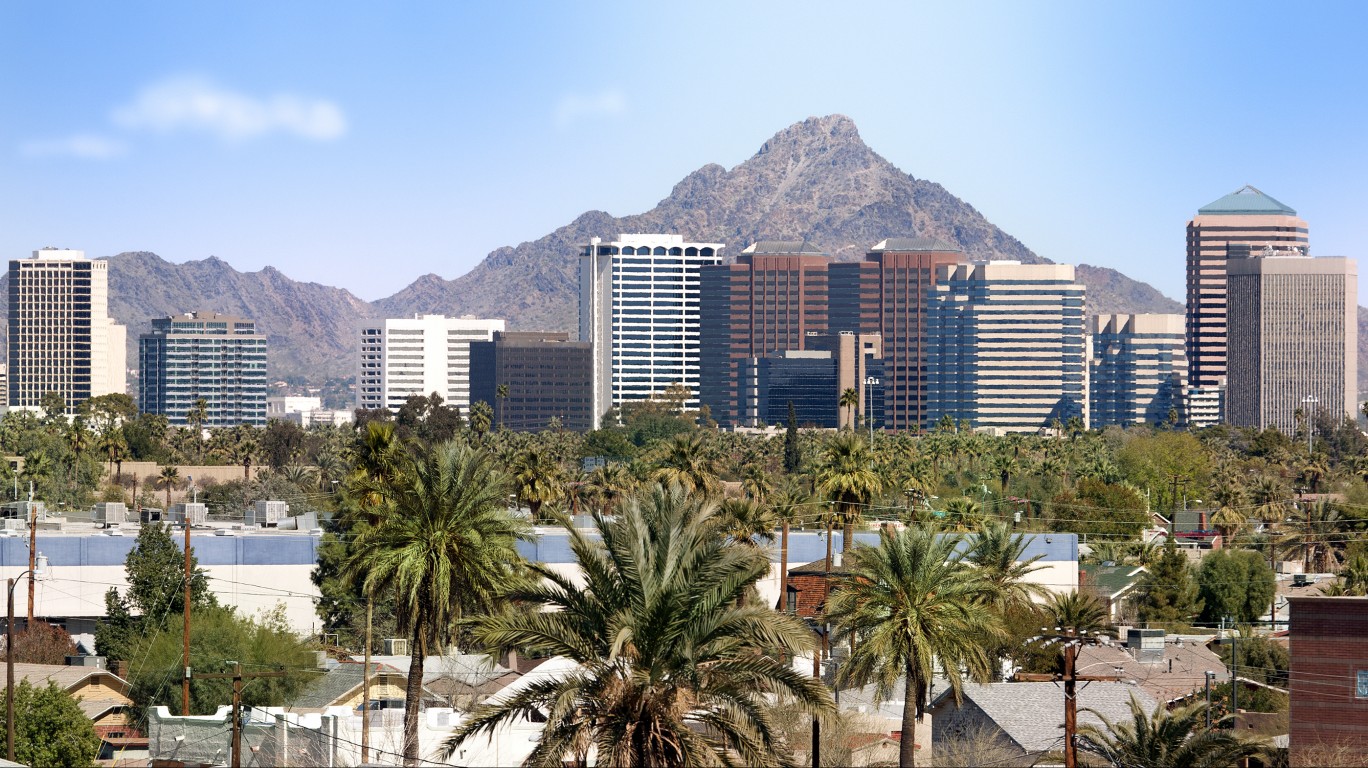 Of the three Arizona metro areas on this list, none has added jobs at a faster pace than Phoenix-Mesa-Scottsdale. There are now over 337,000 more people working in the metro area than there were five years ago, a 17.7% increase. Every industry contributed to the five-year job growth in the Phoenix metro area, with the education and health services industry and the professional and business services industry each adding over 50,000 new workers.

The metro area’s mining, logging, and construction lead job growth in Cape Coral-Fort Myers, adding 10,900 new jobs in the past half decade. 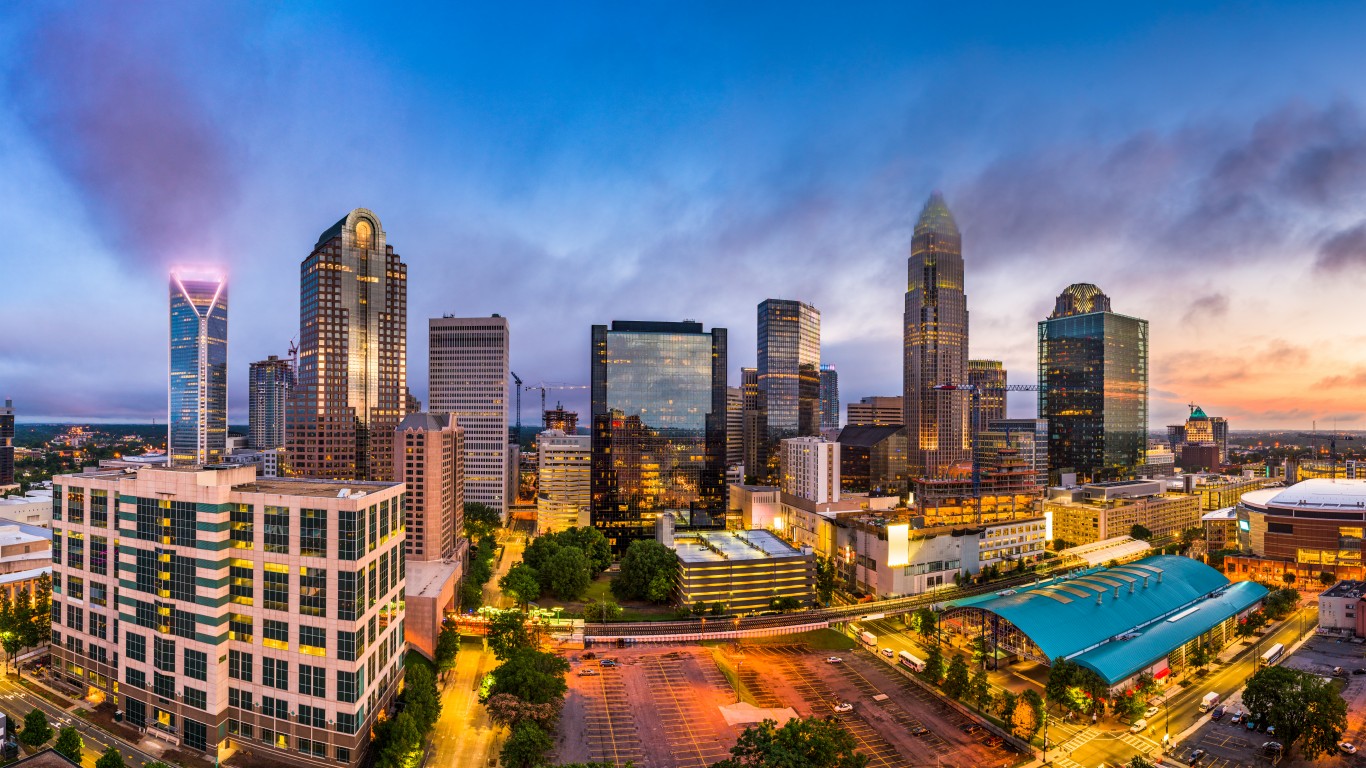 Charlotte-Concord-Gastonia reported faster five-year employment growth than any other metro area in North Carolina. From 2013 through 2018, the number of people working in the metro area climbed by over 194,000, a 17.9% increase. The metro area’s professional and business services industry contributed most to growth, adding 44,500 jobs in the past half decade, more than total employment growth in many smaller cities on this list. 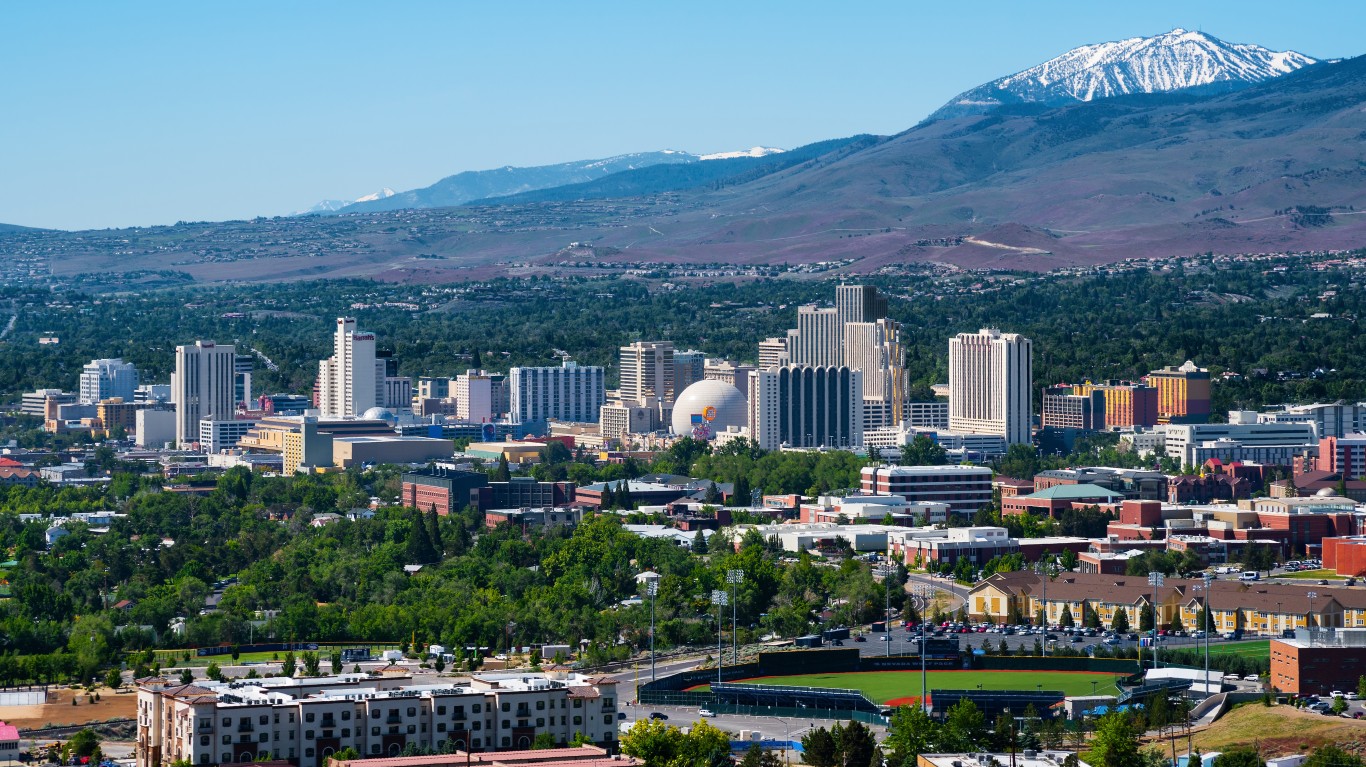 Every industry in Reno, Nevada, added jobs in the past five years. The strongest growth was in the trade, transportation, and utilities industry and in manufacturing, which together, accounted for about half of total employment growth in the metro area since 2013.