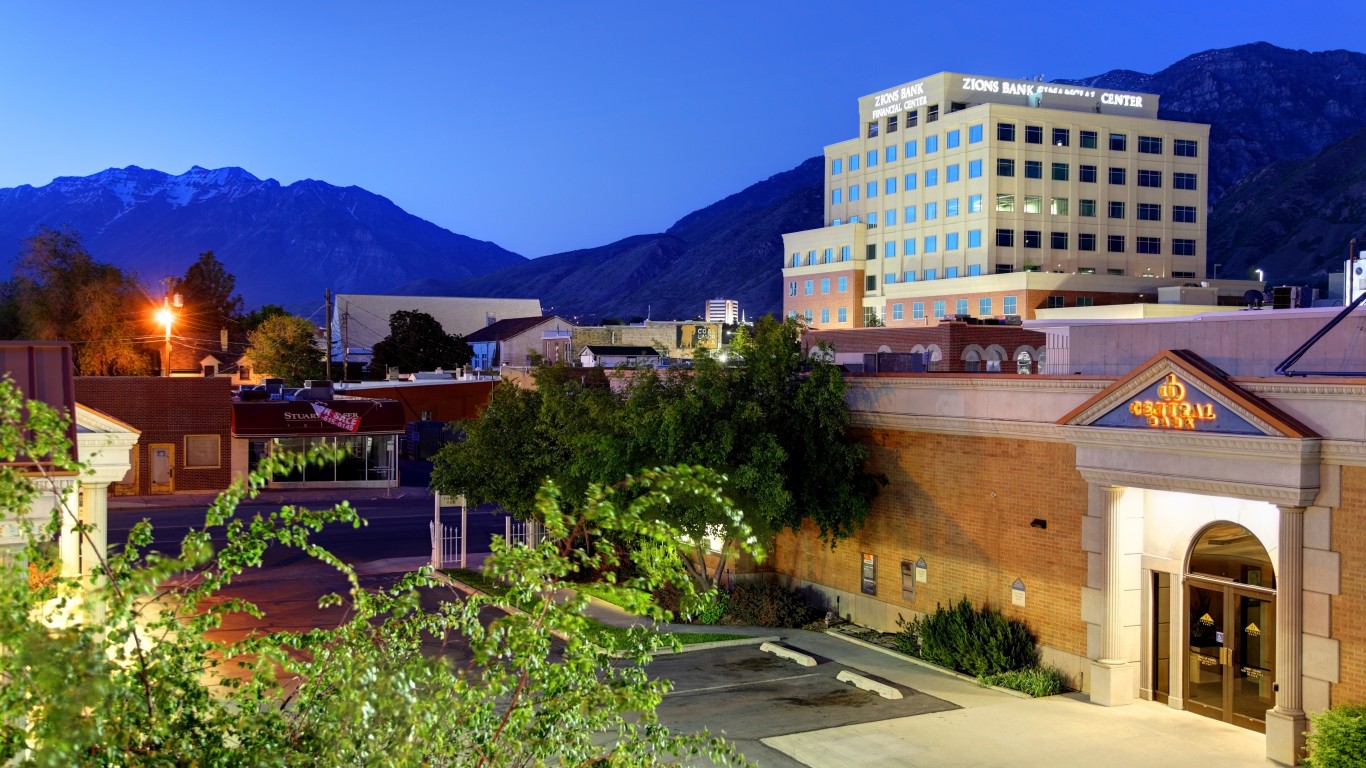 Overall, there are approximately 51,000 more people working in Provo-Orem now than in 2013 — making the metro area one of only seven nationwide with over 20% five-year employment growth. While every major industry in the Provo-Orem metro area employs more workers now than it did five years ago, job growth was concentrated in the trade, transportation, and utilities industry and the mining, logging, and construction industry. Together, the two industries accounted for nearly half of the area’s employment growth in the past half decade. 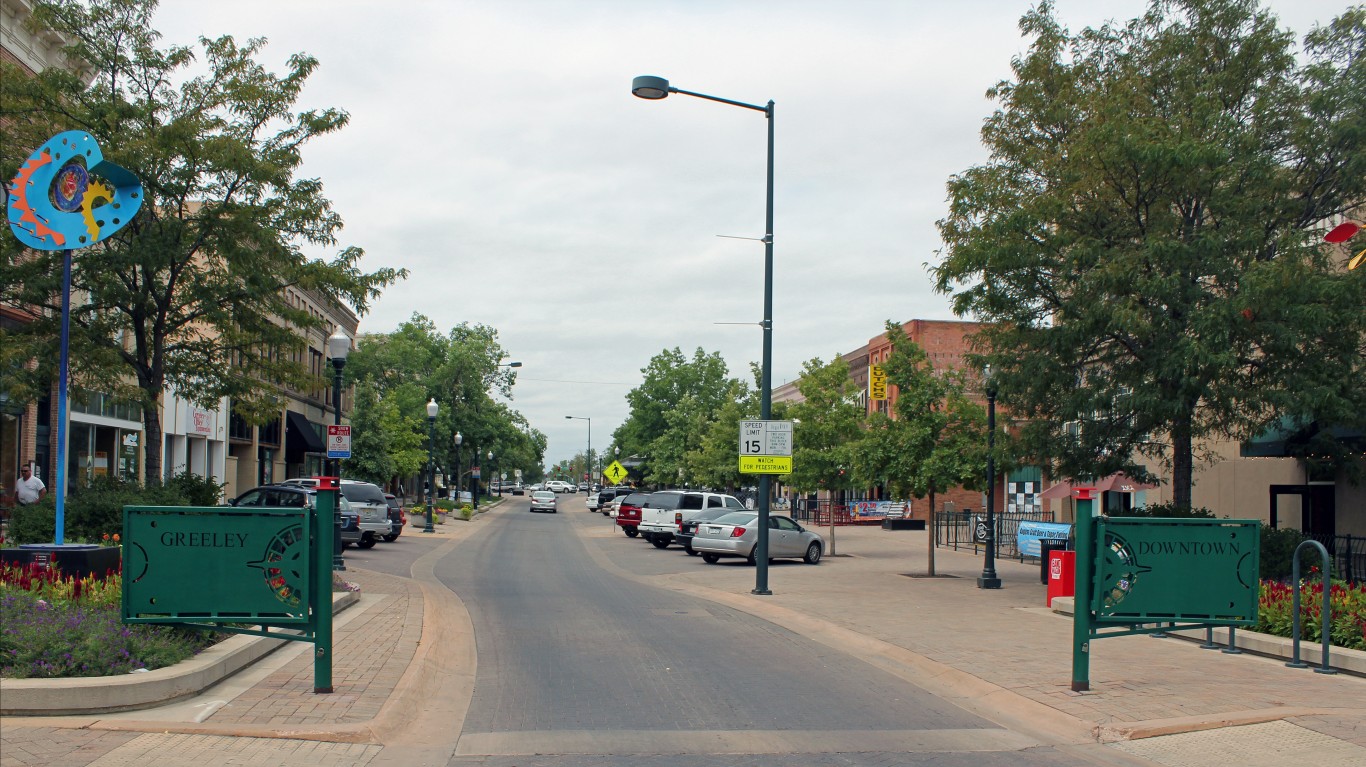 Employment climbed faster in Greeley in the past five years than in every other Colorado metro area and all but four other U.S. metro areas. Due largely to hiring in the mining, logging, and construction industry; the trade, transportation, and warehousing industry; and the leisure and hospitality industry, there are now nearly 27,800 more people working in the metro area than there were five years ago, a 21.1% increase.

Unemployment fell every year in the metro area between August 2013, when 6.1% of workers in Greeley were out of a job, to August 2017, when the unemployment rate stood at 2.6%. Despite inching up slightly in the past year due to faster than typical labor force growth, Greeley’s current 3.2% unemployment rate remains below the 3.9% national rate. 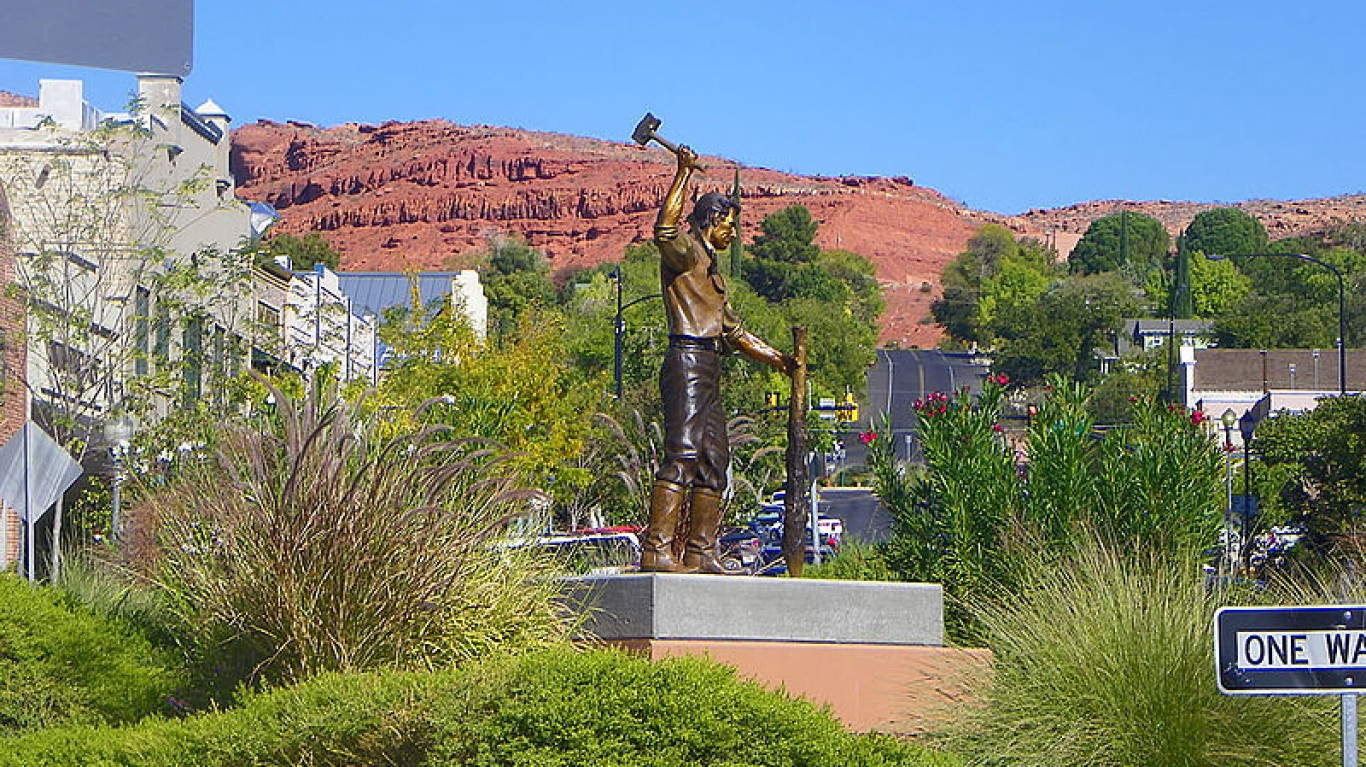 St. George is one of the rare U.S. metro areas where despite the near nation-leading job growth, unemployment remains above the national rate. As of August 2018, 4.0% of the metro area’s labor force was out of a job compared to 3.9% of American workers. This is due in part to rapid labor force growth. The number of people working or looking for work in St. George climbed 21.7% in the past five years, and by 2.7% in the past year. Nationwide, the size of the labor force dipped by 0.1% in the past five years, and inched up just 0.7% last year. 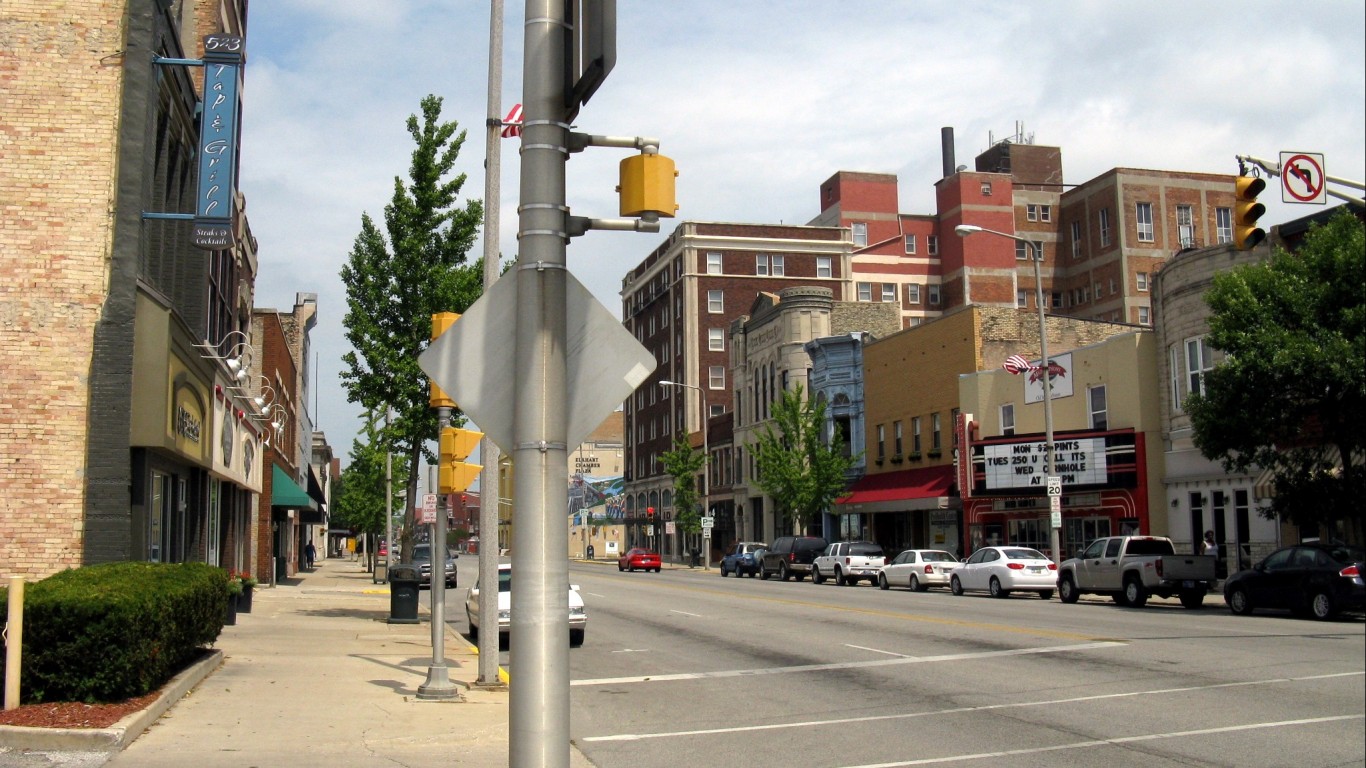 The metro area’s booming manufacturing sector is due in part to the growing popularity of RVs. About half of all RVs on the road were made in Elkhart County, and demand for RVs has been increasing for years. Total RV shipments have climbed every year since 2013, from 321,100 to 504,600 in 2017. 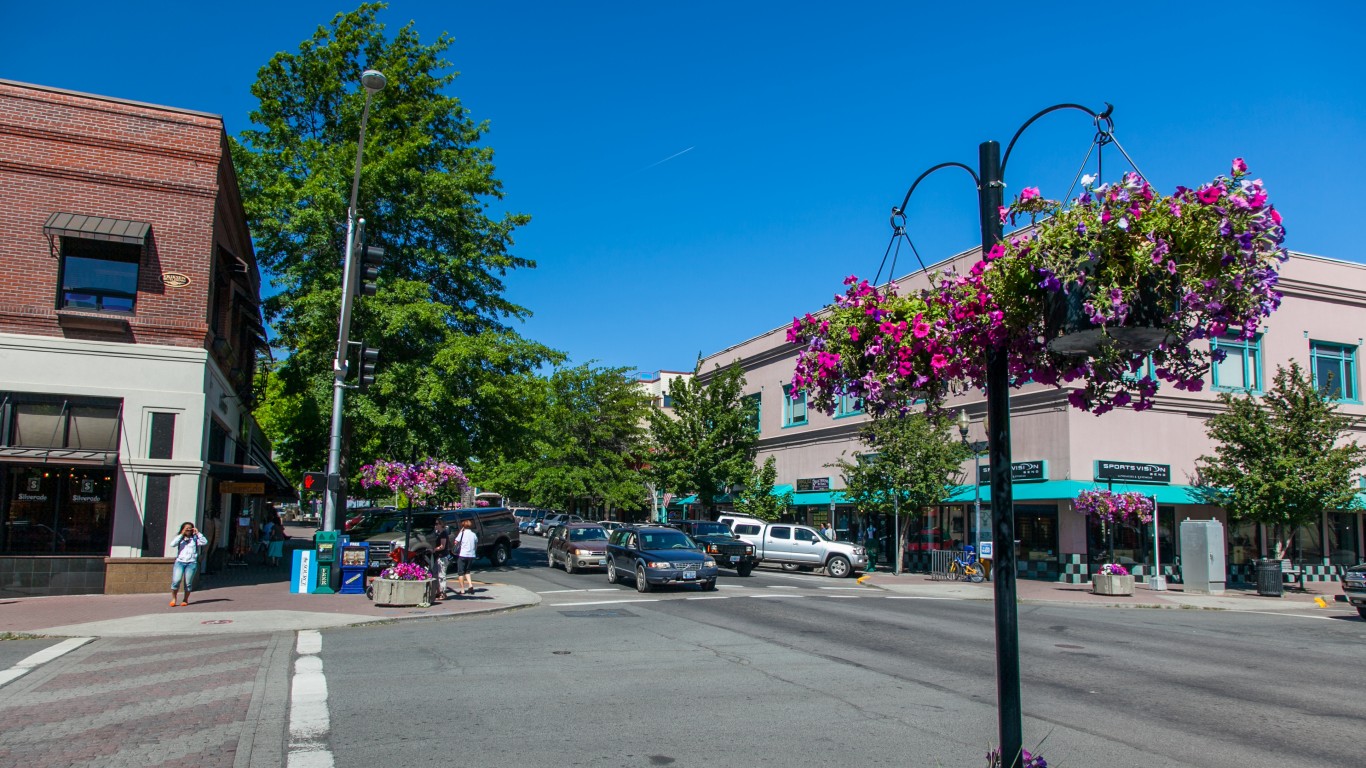 Adding some 19,600 jobs since 2013, Bend-Redmond, Oregon, reported a 26.6% five-year employment growth, the fastest growth of any metro area in the western United States and second fastest nationwide.

Not including government, every industry in the Bend-Redmond metro area grew by total employment in the past five years. Mining, logging, and construction; leisure and hospitality; and education and health services each added over 3,000 jobs since 2013. Partially as a result, unemployment has dropped considerably in recent years. In the summer of 2013, the unemployment rate in Bend-Redmond was 8.5%, higher than the comparable 7.2% national rate. As of August 2018, unemployment in the metro area stood at 3.6%, below the 3.9% national rate. 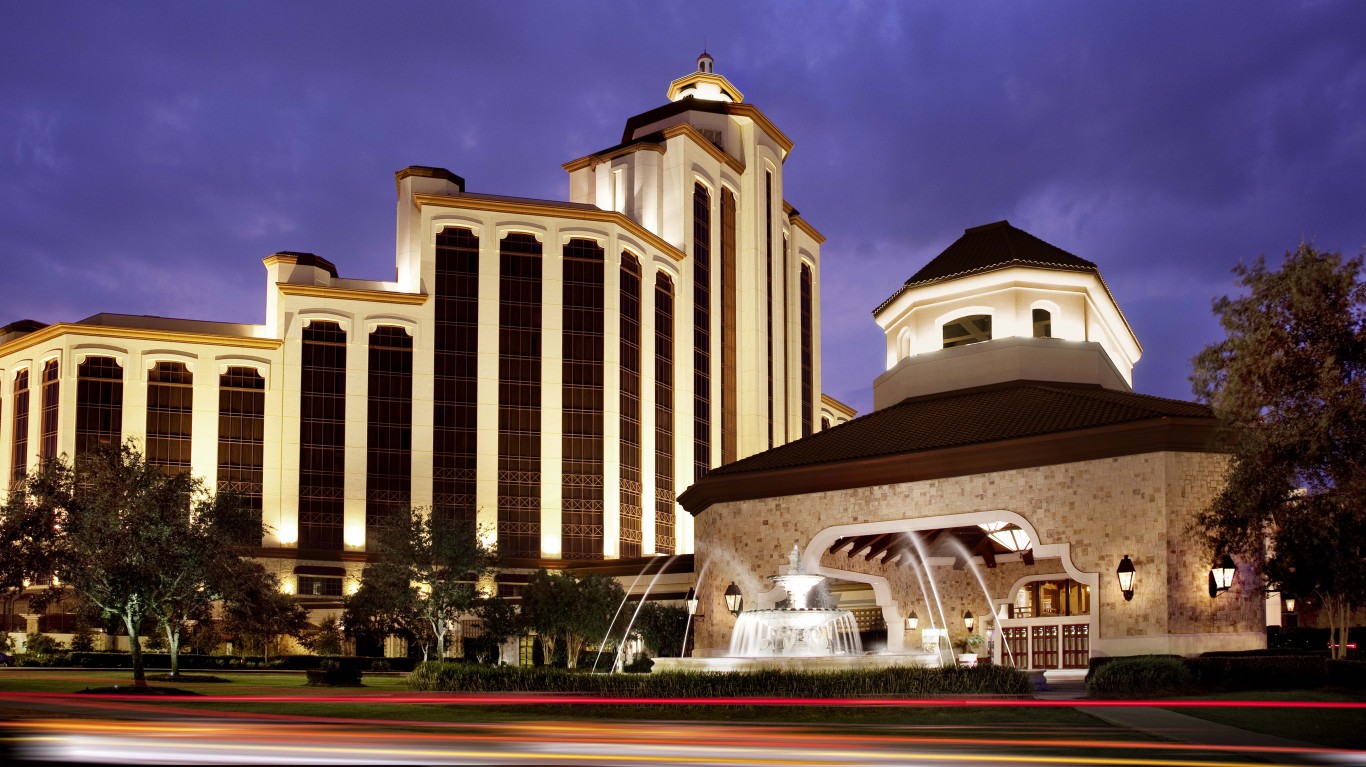 Overall employment climbed by 28.3% in Lake Charles, Louisiana, in the past five years, the greatest gain of any U.S. metro area and nearly quadruple the 7.2% national employment growth. Over half of the 24,482 newly employed residents in the metro area found work in the mining, logging, and construction industry. Employment surges in the industry are partially attributable to several major industrial construction projects tied to the city’s booming natural gas industry. The projects have spillover effects, boosting employment in other supporting industries, like manufacturing.

As a whole, Louisiana’s economy is struggling, only recently emerging from a year and a half-long recession. Of the nine metro areas in the state, Lake Charles is the only one with an unemployment rate below 5.0%.