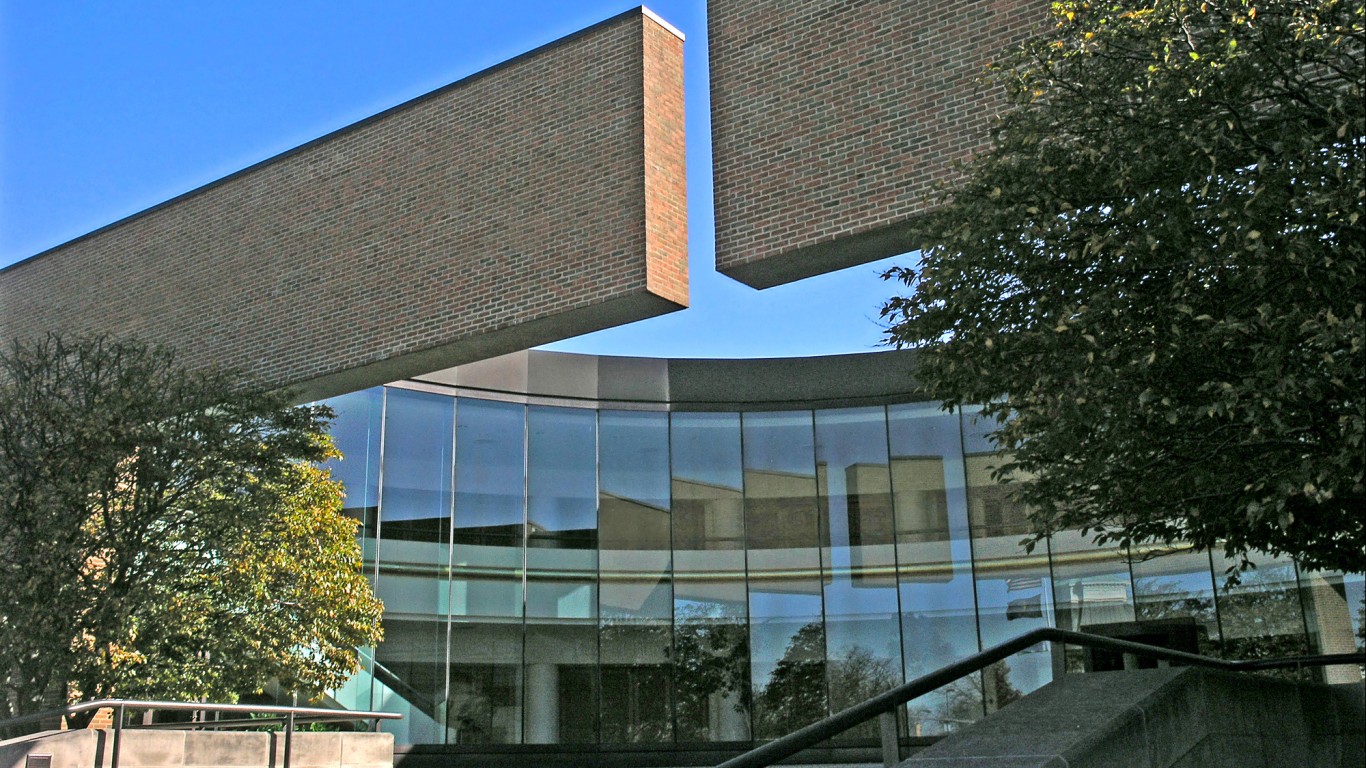 Columbus, Indiana, is the smallest city on the list, with a population of just over 81,000 people. The city is about 40 miles south of Indianapolis and is known for its architecture, which boasts the works of luminaries such as Eero Saarinen, Kevin Roche, and I.M. Pei. Columbus received the imprimatur of the American Institute of Architects, which ranked the city sixth in the United States for innovation and design. Some of the biggest employers in Columbus are manufacturing companies Cummins Engine and Emcon Technologies.

Columbus had the fewest utility patents issued in 2015 among the 25 cities on the list, with just 91. 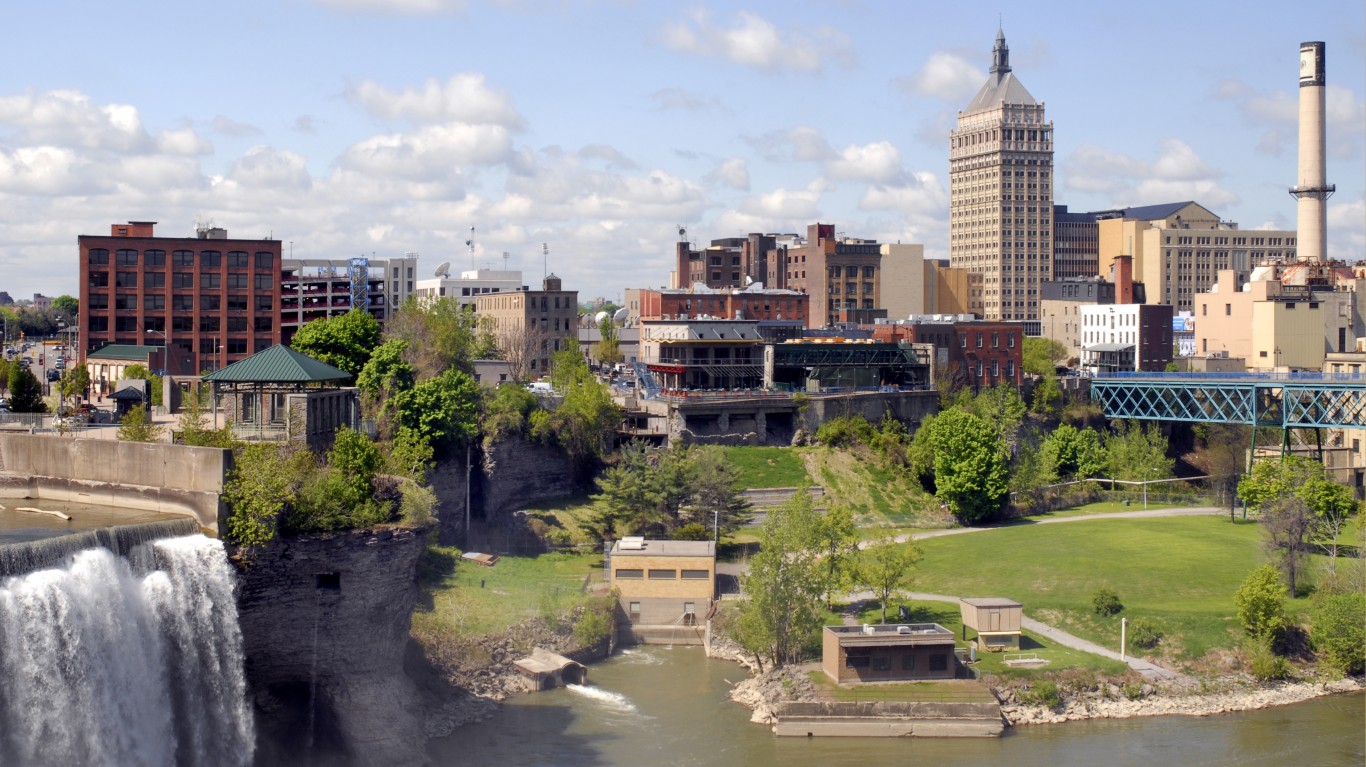 Rochester, New York, home to the headquarters of stalwarts like Eastman Kodak, Xerox, and Bausch & Lomb, has a diversified economy and is adding jobs in education and health care. The University of Rochester is the city’s biggest employer with 29,003 workers. The Rochester Regional Health system is second, employing almost 16,000 people. Another institution of higher learning is the Rochester Institute of Technology.

The city has created a downtown renovation zone — called RocDiz — to help the startup and research community. According to a Brookings Institution report from 2013, Rochester ranked with San Francisco, Boston, and Austin as among the places that produce high numbers of patents. In Rochester, those include patents for optics research. 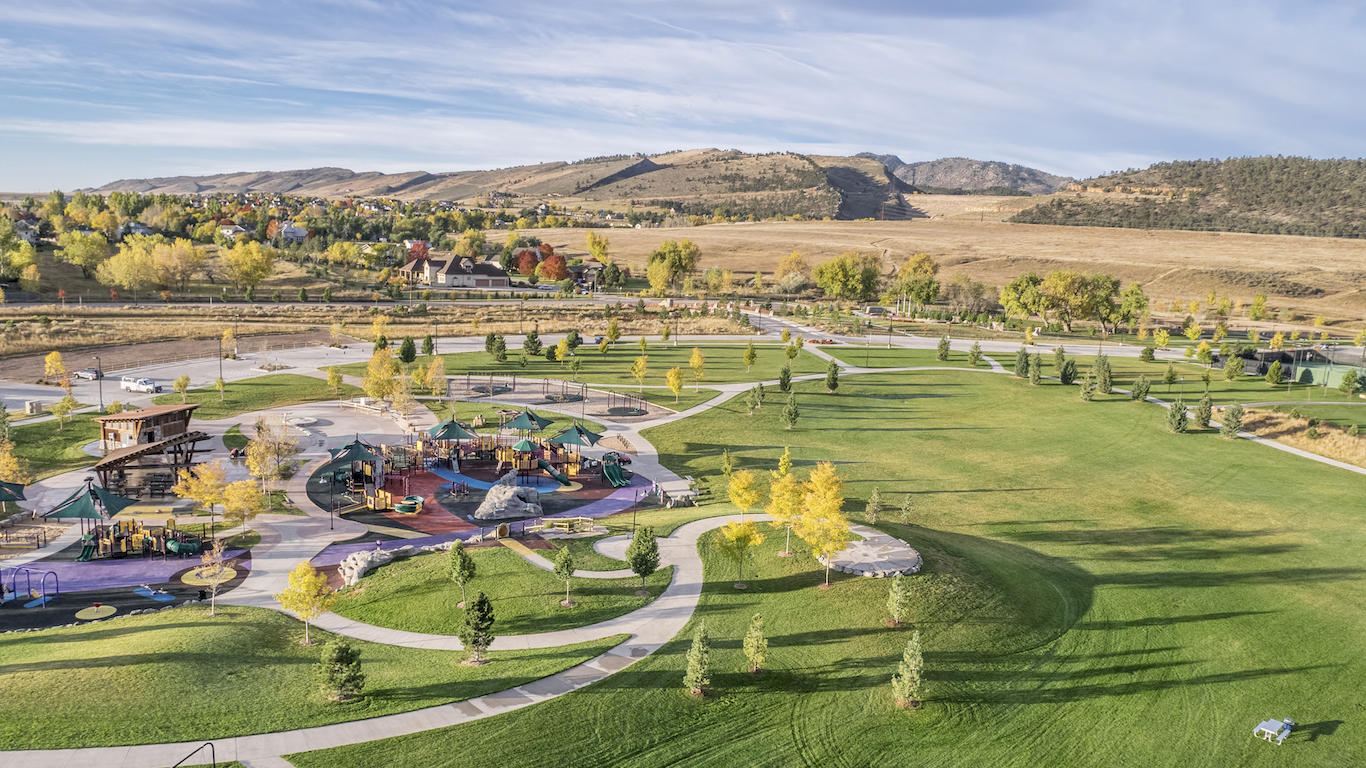 Fort Collins appears frequently on lists of best places to live in the United States as people flock to Colorado for its outdoors lifestyle. The city is also home to Colorado State University. Other universities in the region are the University of Colorado and the University of Northern Colorado. Stephan Weiler, professor of economics at Colorado State University in Fort Collins, told 24/7 Wall St. in interview earlier this year that Colorado’s economy has gotten away from being too reliant on energy and has diversified. He cited sectors such as information services, higher-end services, architecture, and engineering as areas of growth.

As for Loveland, Entrepreneur.com ranked the city second among its 25 best U.S. cities for tech startups in August 2013. Loveland is home to the Rocky Mountain Center for Innovation and Technology.

Fort Collins-Loveland has the 10th-highest bachelor’s degree and high school attainment rates of any metro area in the nation. The region’s highly-educated workforce points to the presence of companies that rely on research and development.

Another part of the Research Triangle is Raleigh-Cary, North Carolina. Research university North Carolina State is located in Raleigh. Innovate Raleigh was created in 2011 and its stated mission is to make the region “the top center for innovation and entrepreneurship in the nation.” The group tries to bring together entrepreneurs, investors, and other stakeholders. Among the developments this year was the news in February that Irvine, California-based cloud services provider RapidScale was opening its East Coast headquarters in Raleigh.

Earlier this year, Cary was one of five recipients of the 2018 challenge grant by the Smart Cities Council, an organization focused on sustainable solutions. The grant will be used to help build infrastructure, open data platforms, create public wi-fi, and other initiatives. 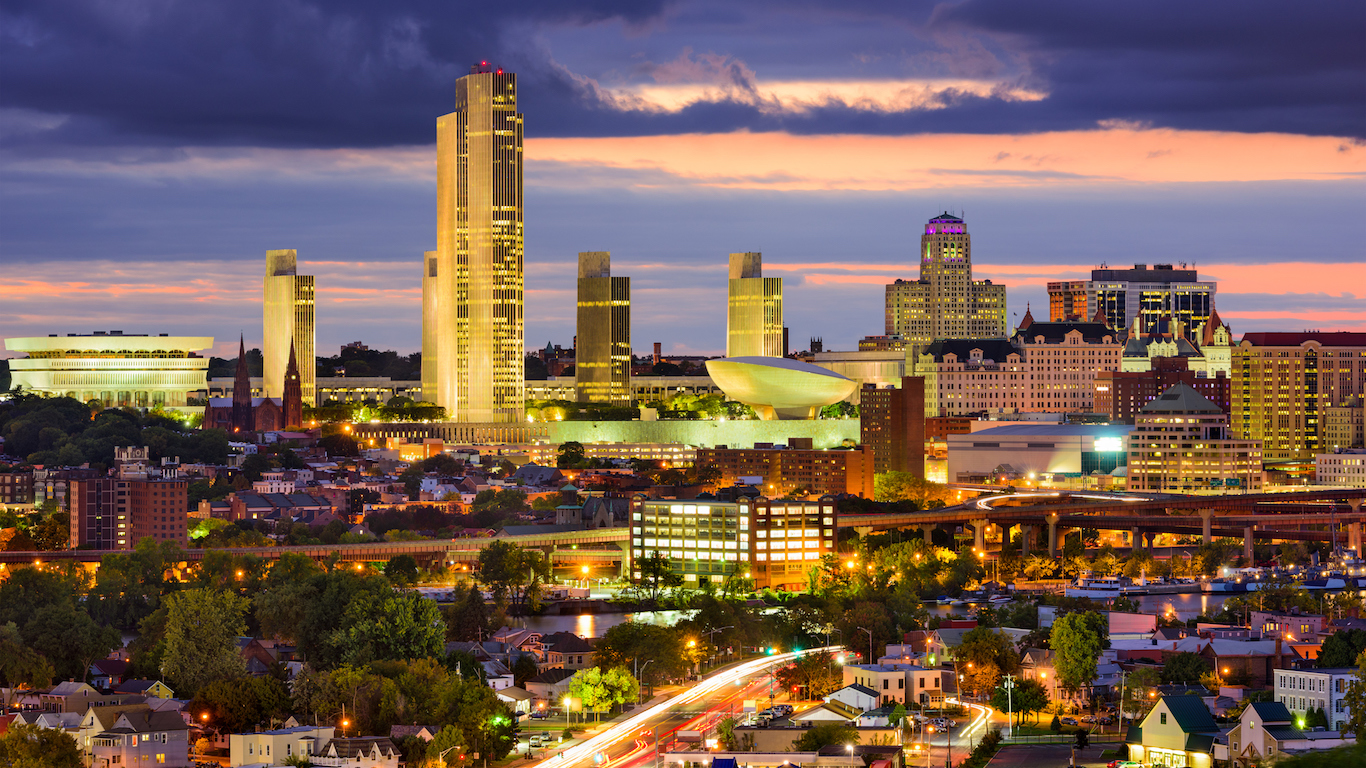 The Albany-Schenectady-Troy region benefits from institutions such as the University of Albany. The school has an Office for Innovation Development and Commercialization that tries to help faculty and students identify innovations that emerge from their research and shield intellectual property, patents, trademark, and copyrights.

In 2016, Schenectady launched the Electric City Innovation Center (now called URBAN CO-WORKS) in the city’s downtown district designed to boost startups. Troy, which forged the metal plates for the Union ironclad the USS Monitor during the Civil War, has created the Troy Innovation Garage, an open workspace facility that allows emerging companies to commingle in a space near downtown.