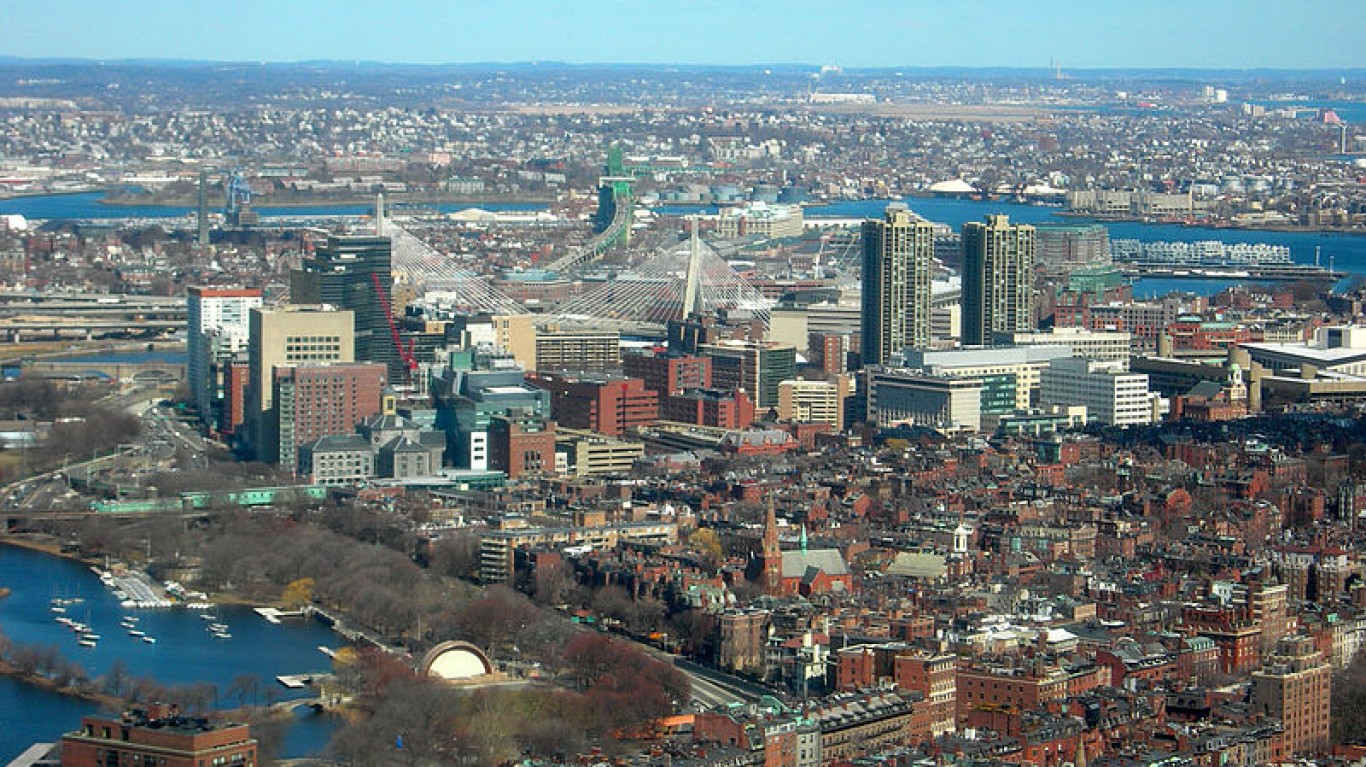 The Boston region, the most populous on the list, has been at the forefront of technological innovation. Massachusetts has been aggressive in luring biotechnology companies to the state. These companies can work closely with the area’s numerous institutions of higher learning, among them Harvard University and the Massachusetts Institute of Technology. The U.S. Chamber of Commerce picked Boston as the top city for supporting entrepreneurial opportunity for the second straight year. The organization based its decision on the number of startups as well as access to capital and a steady stream of young tech talent.

The area’s ability to attract talent has enabled it to become a leader in fields such as biotechnology and the life sciences. The city, working with IBM, created StartHub, an online platform intended to link the region with tech companies and startups.

Boston accounted for 5,949 patents in 2015, the fifth most among metropolitan areas.

Innovation Leader magazine last year named Seattle as the fifth most innovative city in the United States. Microsoft and Amazon are a big part of Seattle’s tech landscape, according to the report. Microsoft has a strong physical presence and research facilities in the suburb of Redmond, and Amazon is constructing buildings in downtown Seattle. Amazon’s e-commerce innovations have disrupted the retail sector worldwide. The University of Washington, a public research university, houses two accelerator programs. The school also hosts Startup Weekend, during which participants try to create a startup within 54 hours.

Ithaca, with a population of about 104,000, is the third smallest city on our list. It is home to Cornell University and Ithaca College. Cornell has created the Cornell Center for Regional Economic Advancement that supports economic progress through innovation and entrepreneurship. As part of that mission, the initiative has backed programs such as Rev: Ithaca Startup Works and the Southern Tier Startup Alliance. Ithaca College hosts an annual educational technology day that draws national and local vendors. Included among the vendors at the most recent event was specialty glass and ceramics company Corning Inc., whose headquarters is 35 miles southwest of Ithaca. 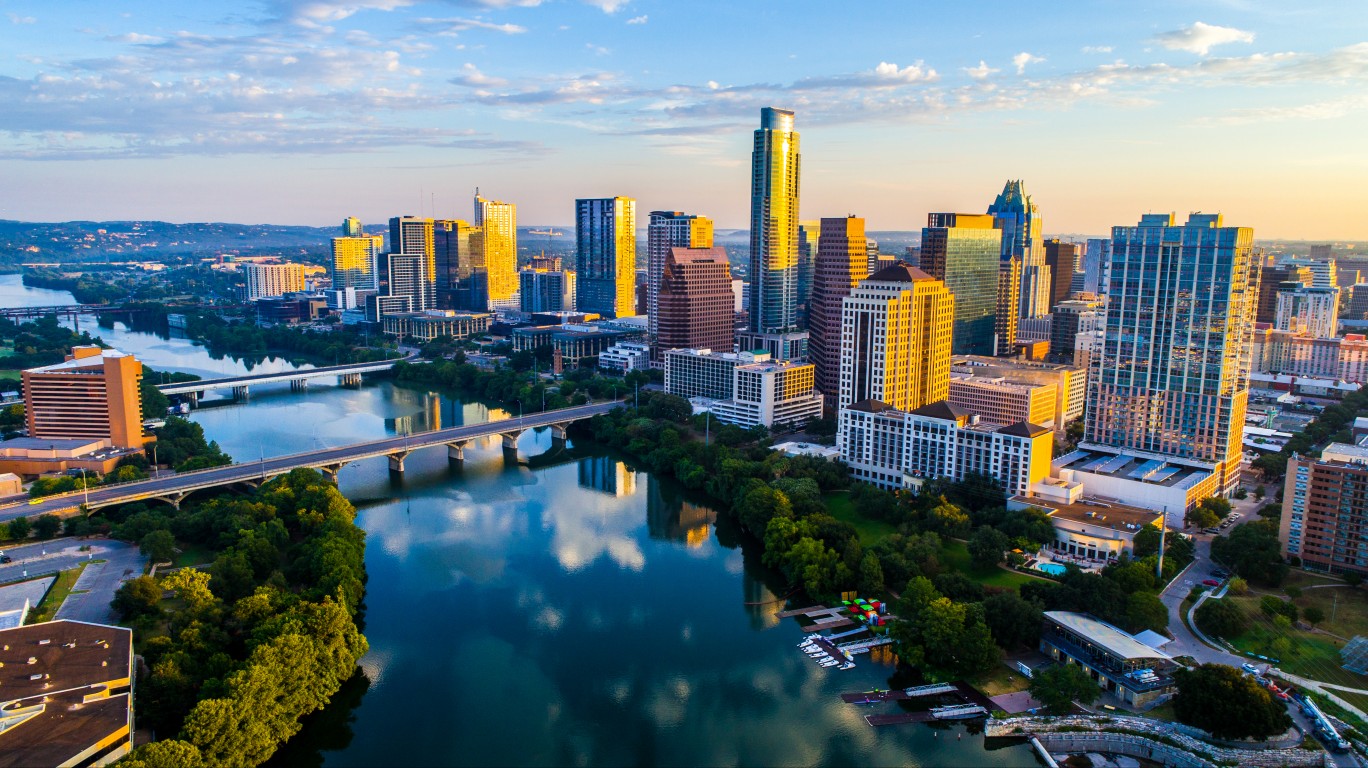 Austin, the capital of Texas, had the nation’s third fastest population growth from 2010 to 2017, climbing 22.5%, as people were likely attracted to the city by its reputation as a technology hub. The University of Texas, which is located in Austin, features the Innovation Center at the Cockrell School of Engineering that supports ideas, inventions and products created at the university. Like many cities on this list that have a prominent university, Austin’s percentage of adults with bachelor’s degrees or higher, at 44.8%, is well above the national percentage of 32.0%.

A report from real estate firm JLL’s Cities Research Centre earlier this year said Austin was one of the world’s most innovative cities. The report cited a combination of cost, culture, talent pipeline, and business-friendly environment that supports innovation in the city. Companies such as Dell, IBM, Amazon and Facebook have been drawn to the region, nicknamed “Silicon Hills” because of the number of technology companies there. 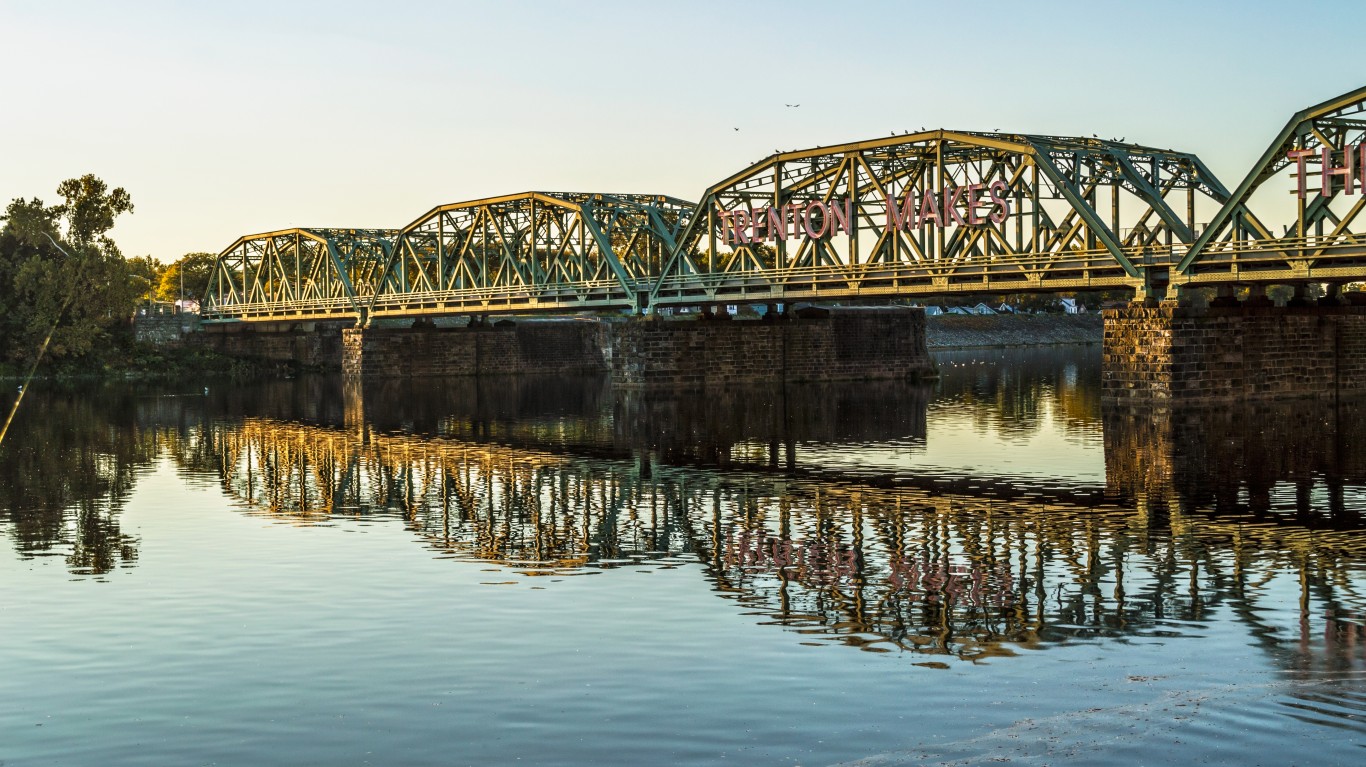 The Trenton-Ewing region of central New Jersey owes its place on the list to its proximity to Princeton University — the school is 11 miles northeast of Trenton — as well as other institutions of higher learning such as the College of New Jersey in Ewing.

The state has been trying to boost the attractiveness of the biotechnology corridor around Route 1 in the central part of the state in recent years. Even though the pharmaceutical industry has reduced its presence in New Jersey over the last several decades, it remains a vital economic sector in the state. Johnson & Johnson is up the Turnpike in New Brunswick, and Bristol-Myers Squibb opened a 650,000-square-foot, four-building campus in Lawrenceville in 2016.