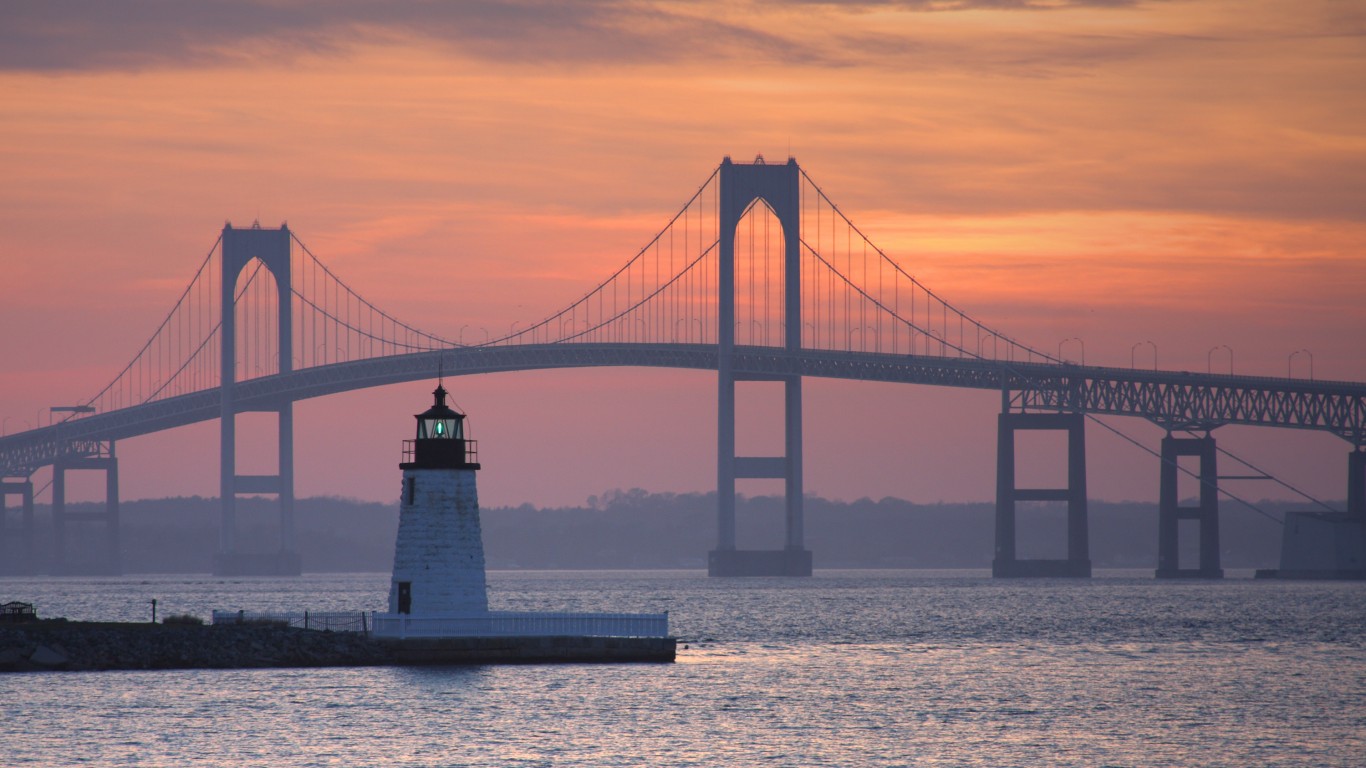 Rhode Island has one of the highest life expectancies in the country at 79.8, which makes it one of the better places to live. It is also one of the safer states. In Rhode Island, the murder rate is just 1.9 per 100,000. Nationwide, the rate of murder and nonnegligent manslaughter is 5.3 per 100,000 people. Lower murder and violent crime rates can give area residents a better sense of security and increased well-being as compared to a high-crime area.

Rhode Island residents are some of the more affluent in America, with a median household income of $63,870 a year. They are also better able to visit the doctor as there are 96 primary care physicians per 100,000 people, a concentration well above the national one. Despite these advantages, few people are moving to the state. Rhode Island’s population change of 0.2% over the last decade is one of the lowest of all states.

Life expectancy is also high in North Dakota. If born today, the average state resident is projected to live to 80 years, the 12th longest life expectancy of all states. 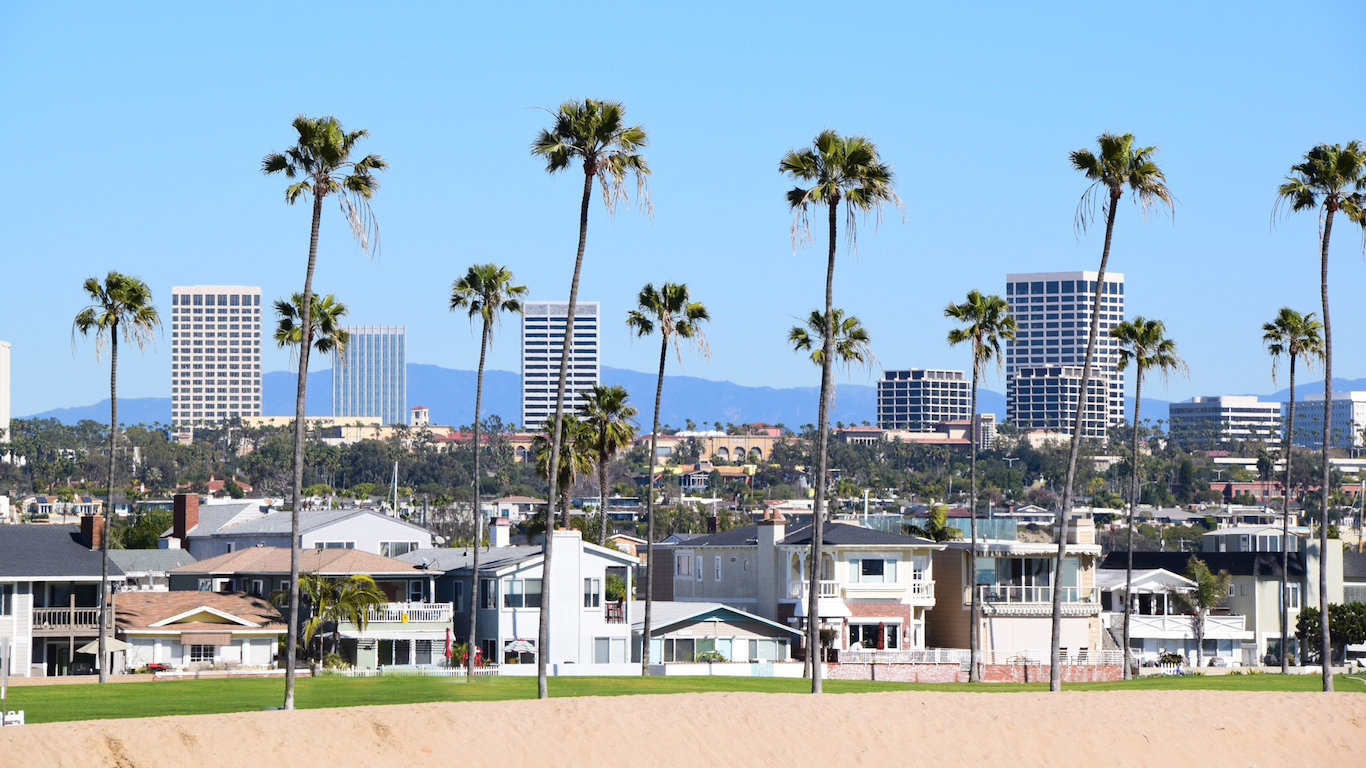 California is one of the best states to live in, largely because its residents tend to be relatively healthy. The state’s 80.8 year average life expectancy is the third highest nationwide. The state ranks near the top in a number of key health indicators. Very few Californians smoke, and a high percentage of adults in the state exercise. These healthy behaviors contribute to lower risk of heart disease and other conditions.

Americans often relocate to places where they can find work, and Washington state’s strong economy may help explain the influx of new residents. The state’s population increased by 14.5% in the last decade alone — the eighth largest increase of any state. The median household income of $70,979 a year greatly exceeds the national figure of $60,336. It is also the 10th highest median household income among all states.

Washington adults are also more likely to be active and less likely to smoke and be obese. Healthy lifestyle habits such as these likely contribute to the state’s low premature death rate. About 287 out of every 100,000 state residents die before the age of 75, the ninth lowest premature death rate in the nation and well below the national rate of 336 per 100,000. This likely contributes to Washington’s long life expectancy of 80 years, one of the longest of all states. 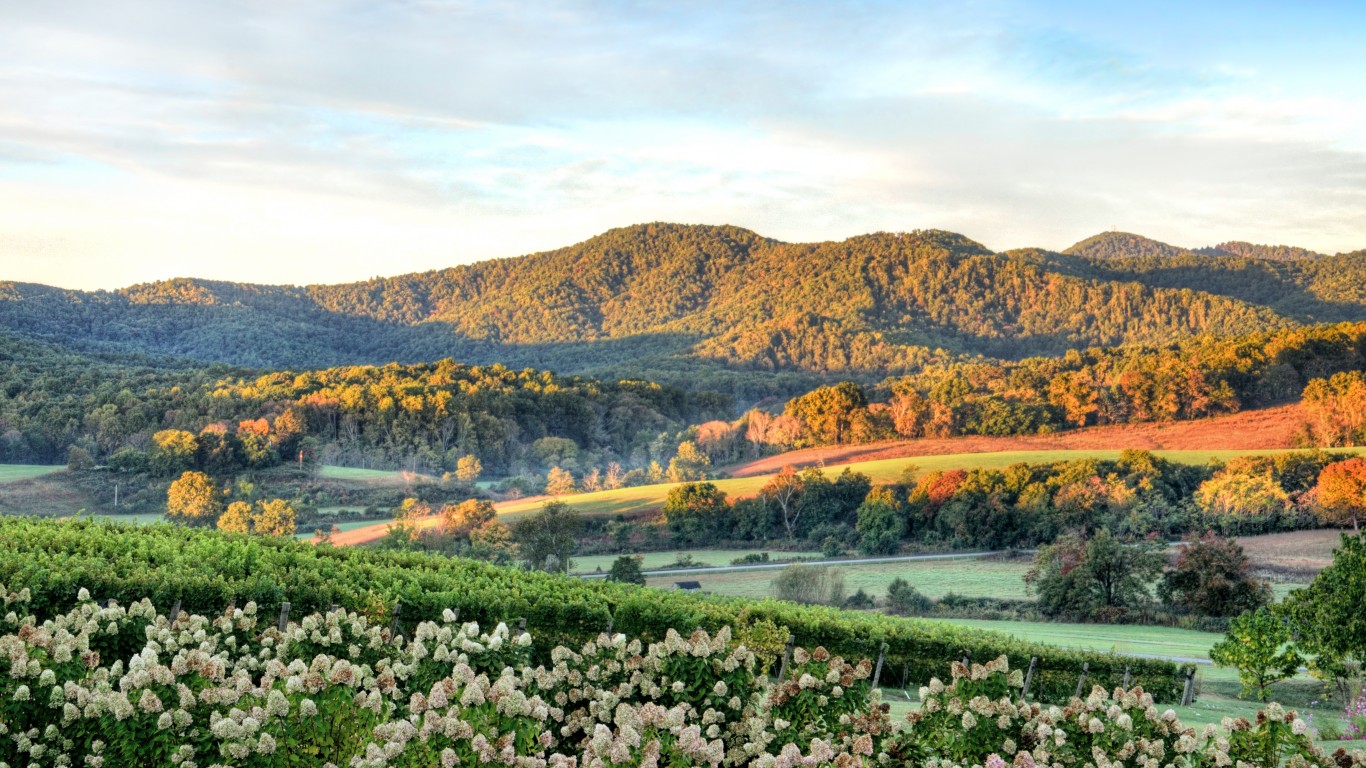 Virginia ranks highly in several important indicators. The state has the fifth highest college attainment rate, at 38.7%. Nationwide, 32.0% of adults have at least a bachelor’s degree. Virginia also has one of the lower state poverty rates in the country, at 10.6%. Virginia households tend to be relatively affluent, pulling in a median income of $71,535 a year.