President Harry Truman became commander in chief during the final year of WWII, following the death of Franklin Roosevelt. During Truman’s second year in office, the stock market collapsed amid a spike in inflation and a high degree of speculation in the stock market at the end of the war. In the following years, the country slipped into a recession, unemployment spiked, railroad workers went on strike, and production of consumer goods was not meeting demand. Still, Truman ran for a second term and won, despite longshot odds.

In his second term, the economy turned around, and the unemployment rate fell from a high of 7.9% to below 3.0%. The stock market surged, more than making up for losses in his first term. From Truman’s first month in office to his last, the Dow soared 75.2%. 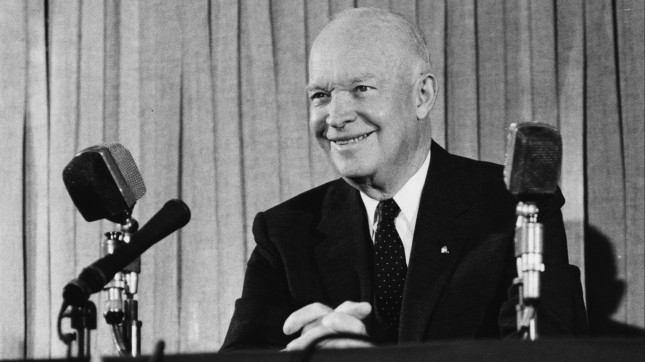 Though his administration weathered three recessions and growing unemployment, Eisenhower’s eight years in office were marked by steady growth in the stock market, with the Dow climbing 123.7%.

President Ronald Reagan was voted into the White House due in part to the widespread perception that his predecessor and political opponent, Jimmy Carter, had not done enough for the economy. An advocate for small government, Reagan cut taxes, social spending, and regulations on business, and increased military spending. Under Reagan’s economic policies, the United States accumulated deficits and became a debtor nation for the first time since WWI.

Less than half a year into Reagan’s presidency, the U.S. economy slipped into a recession. A year later — before the recession officially ended — the Dow surged and, with one glaring exception, barely stopped to slow down for the remainder of Reagan’s presidency. Despite the Black Monday crash of 1987, in which the Dow lost nearly 22% of its value in a single day, the Dow soared 147.3% under Reagan.

When Barack Obama took office in January 2009, the U.S. economy was in freefall. Reeling from the effects of the continuing recession that had begun under his predecessor, President Bush, the Dow fell more than 9% in Obama’s first month in office. In the years to follow, the Dow climbed steadily as the economy began to slowly recover from the Great Recession.

The most notable dip in the steadily climbing DJIA occured in the summer of 2011, halfway through Obama’s first term. That July, the debt ceiling crisis exposed the severity of the political gridlock in Washington and prompted Standard & Poor’s to downgrade the U.S. credit rating. Still, the longest economic recovery in U.S. history began during Obama’s first term, and over the course of his presidency, the Dow surged by 148.3%. 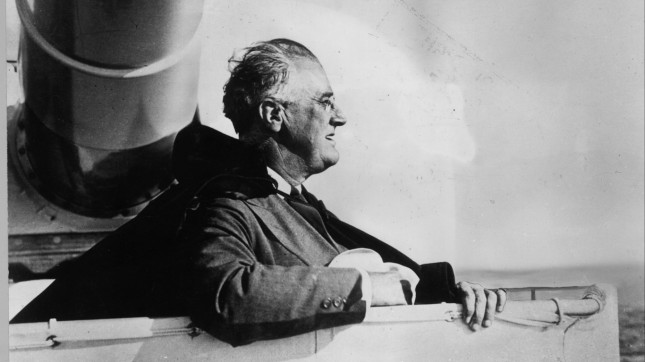 President Franklin Roosevelt served as president longer than anyone in history. Elected to office four times, Roosevelt sat in the Oval Office for 145 months and presided over some of the most tumultuous times in American — and world — history. Taking office during the height of the Great Depression, Roosevelt began implementing his “New Deal” policies to turn the economy around. Unpopular with the business community, Roosevelt tightened finance regulation by creating the Federal Deposit Insurance Corporation and SEC as well as a pension system with the Social Security Act.

Despite dipping at the outset of America’s entrance to WWII, the Dow shot up by nearly 200% under Roosevelt.