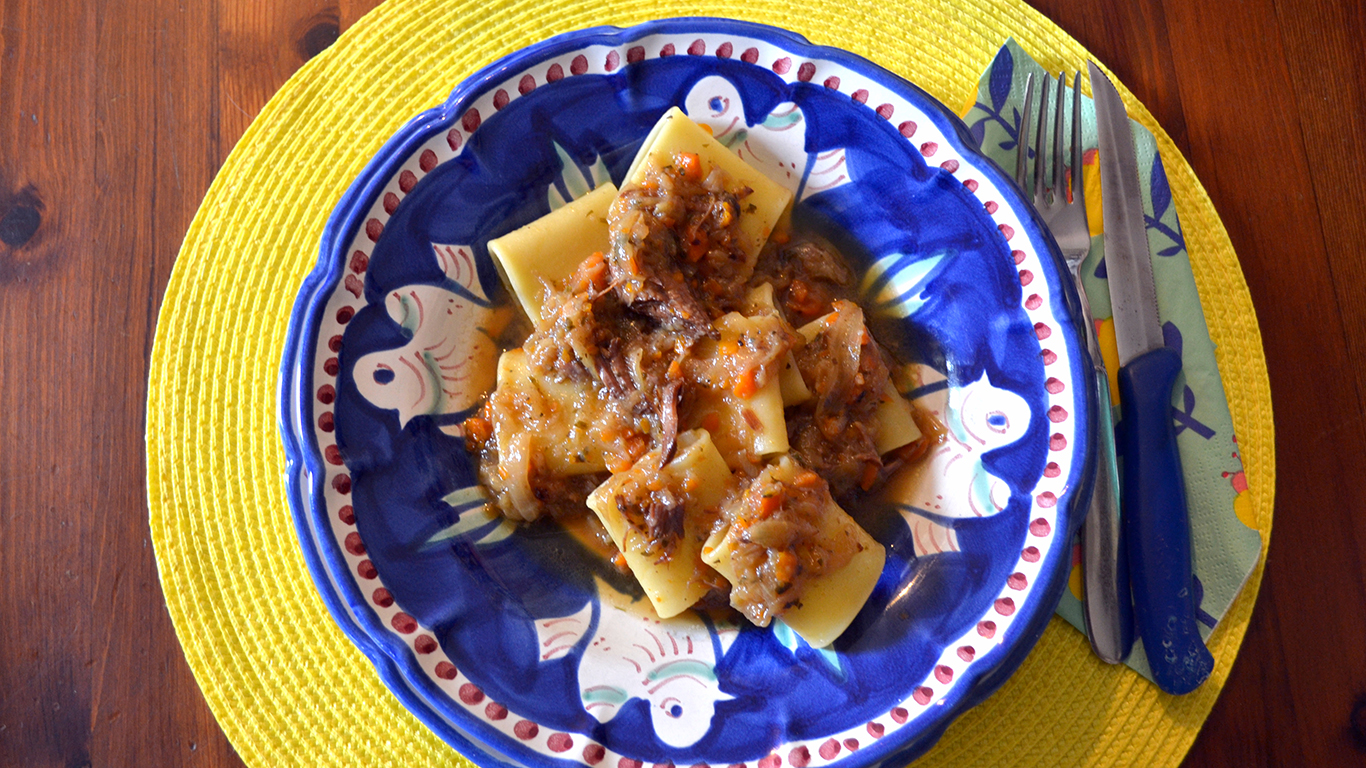 Despite a name that links it to the northern Italian capital of Genoa, this is a Neapolitan dish, little known outside the region of Campania in southern Italy. It may date from as early as the 15th century, and was possibly introduced to Naples by Genoese sailors, though nothing quite like it exists in Genoa. Traditionally served with the long tubular pasta called ziti, it’s made with beef and a lot of onions, plus some carrots and celery, all slow-cooked for hours. 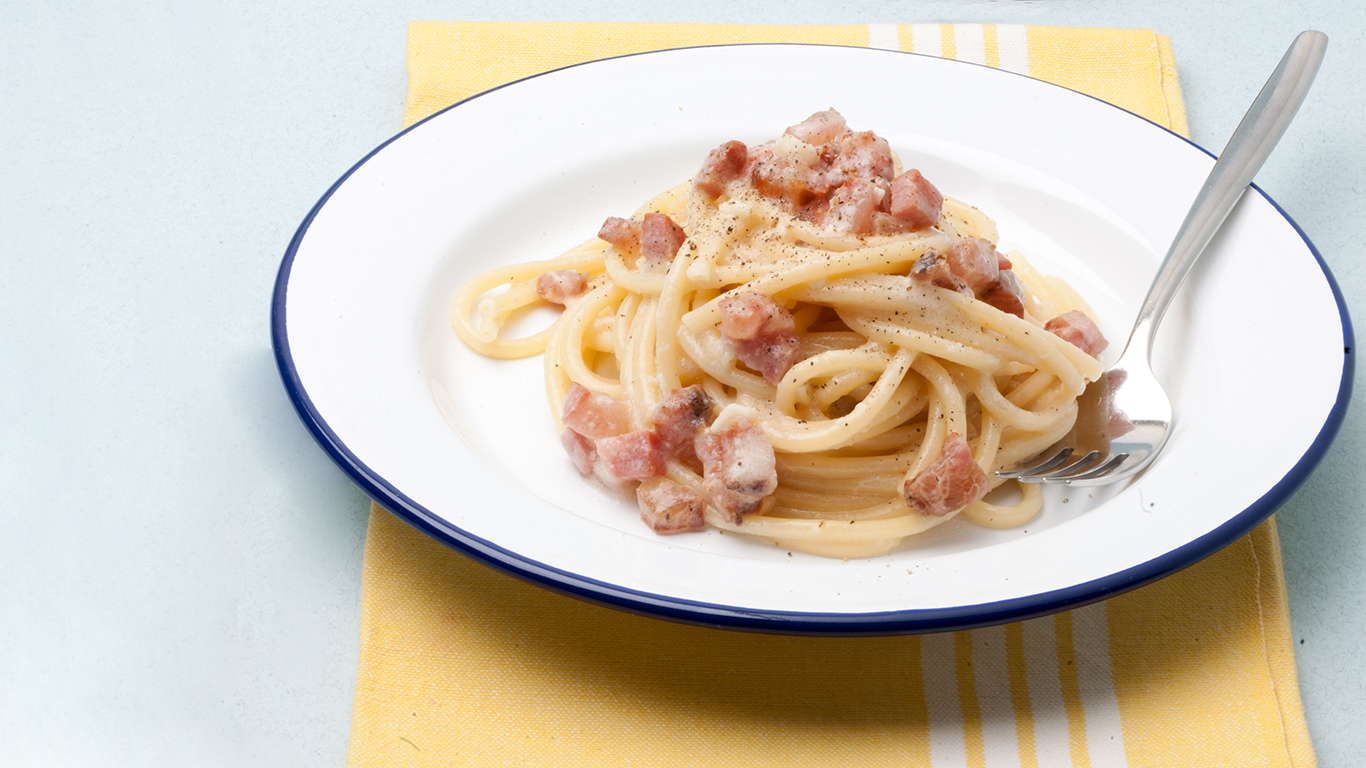 The origin of this traditional Roman pasta dish’s name is uncertain, but it might refer to the Grici, 15th-century immigrants from the Swiss canton of Grisons, who were famous for their bread-baking skills. It is basically an eggless carbonara â just guanciale and pecorino cheese with a bit of olive oil, usually served on rigatoni. The New York Times opinion writer (and former restaurant critic) Frank Bruni, who reported last year that he ate the dish four nights in a row on a visit to Rome, noted that it can also be made with bucatini (thick spaghetti with a hole running through it), but that “It could probably be made with shoelaces and still be worth ordering.” 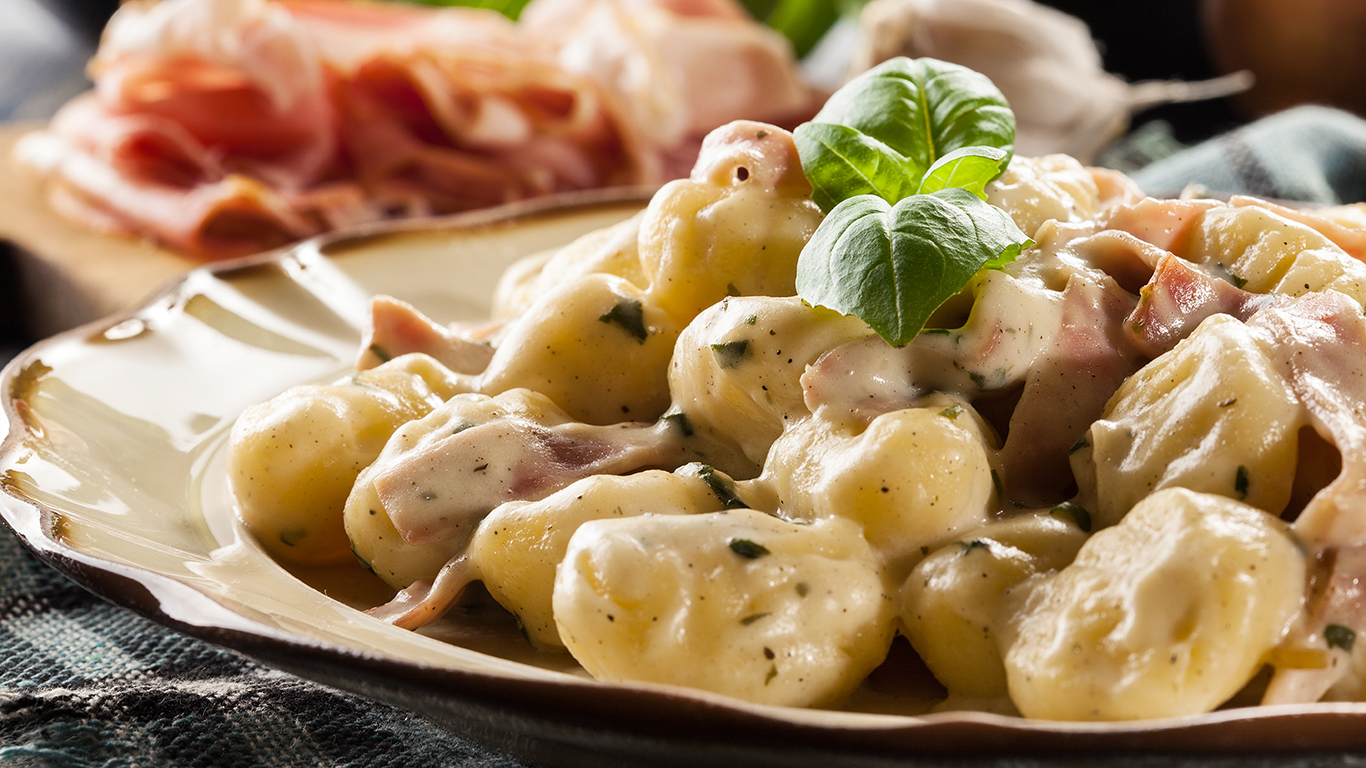 The Valle d’Aosta, or Aosta Valley, is Italy’s smallest region, nestled in the northwestern corner of the country between France and Switzerland. (French is an official language in the valley.) The local cooking is simple and hearty, and one of the most famous products is Fontina cheese â the basis for this rich pasta sauce. Cooked ham, cream, butter, and parmesan cheese fill out the recipe. 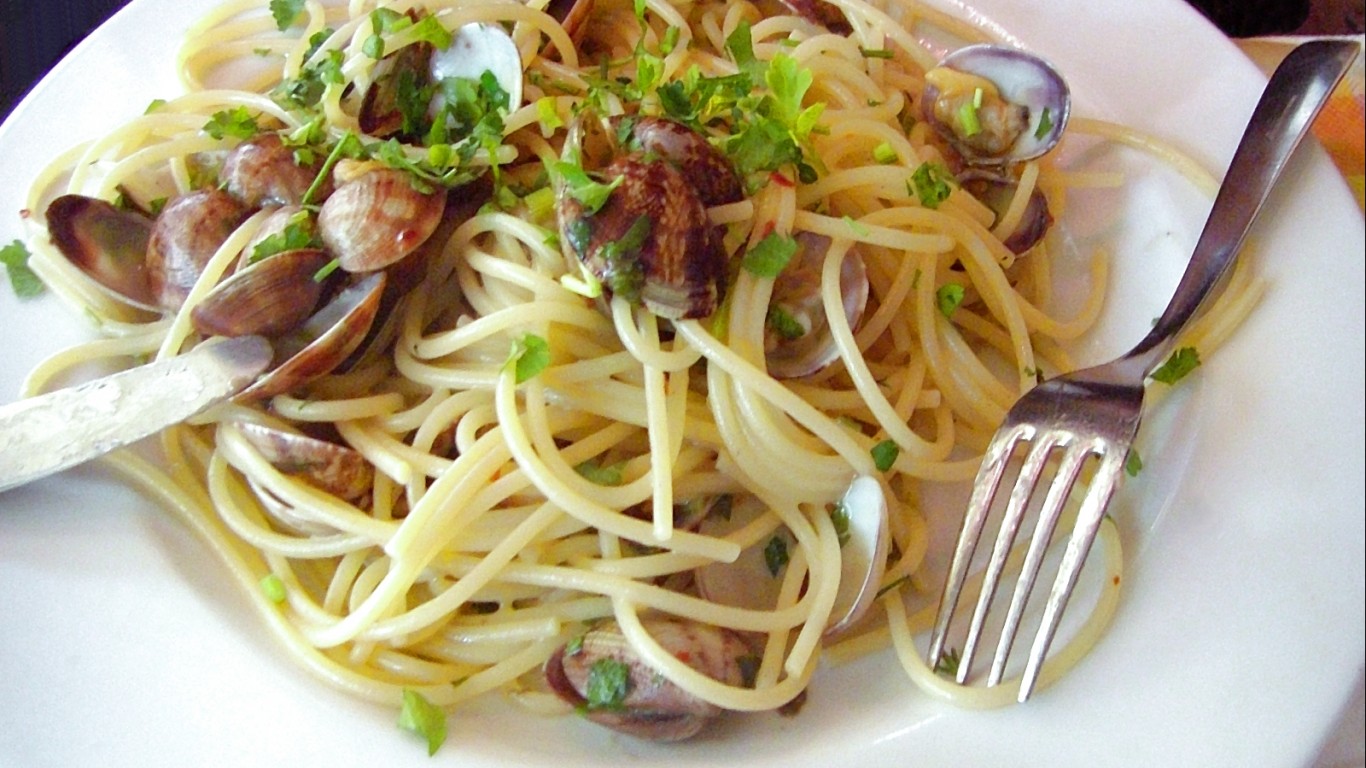 Spaghetti (or linguine) with clams â “vongole” in Italian â may be made “rosso o bianco” â red (with tomatoes) or white (without). Either way, this Neapolitan dish is ideally made with “vongole verace” (real clams), otherwise known as cross-cut carpet-shell clams. The only other ingredients â in the bianco version â are white wine, olive oil, red pepper flakes, parsley, and plenty of garlic. 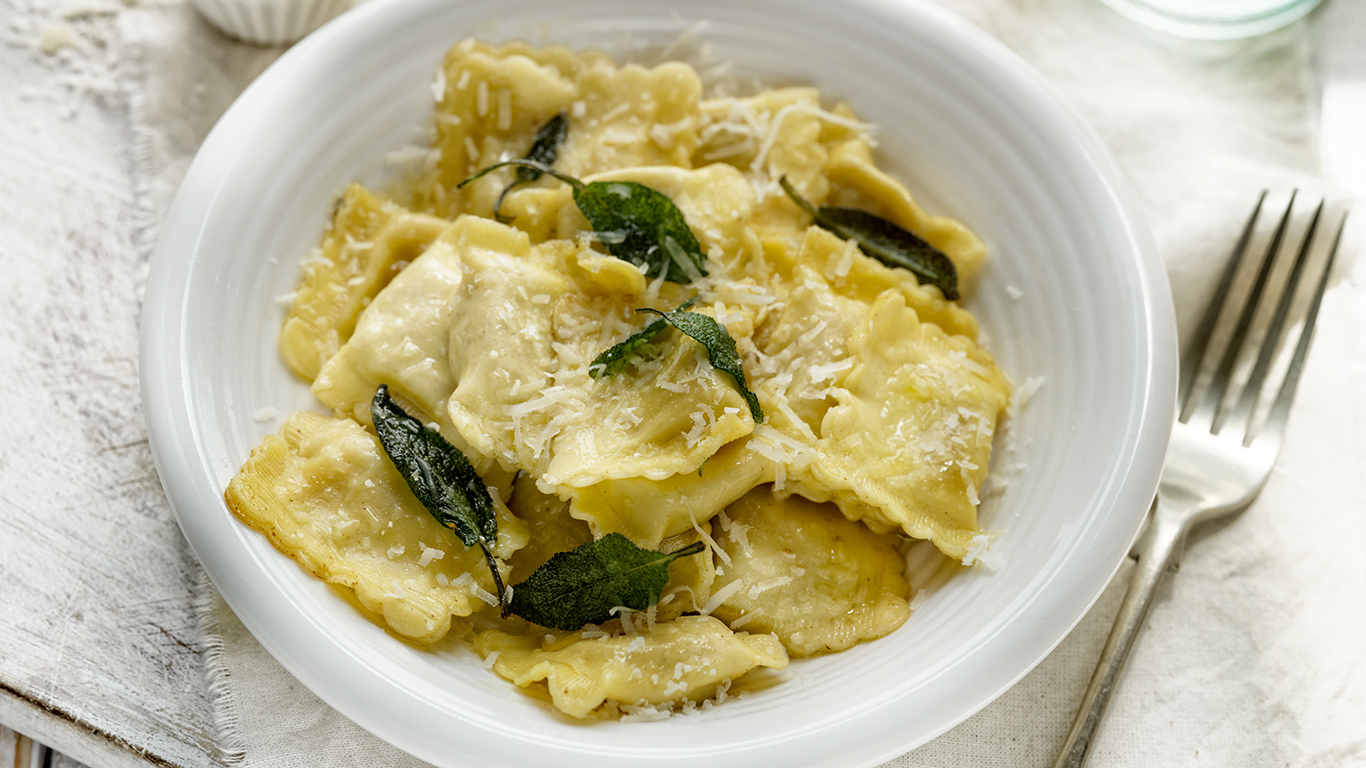 Most commonly served with stuffed pasta, like ravioli or tortellini, or sometimes with gnocchi, this is one of the simplest of all pasta sauces â just butter melted until it starts to brown, with fresh sage leaves stirred in. The pasta itself is usually served with parmesan cheese, but it’s not added directly to the butter.