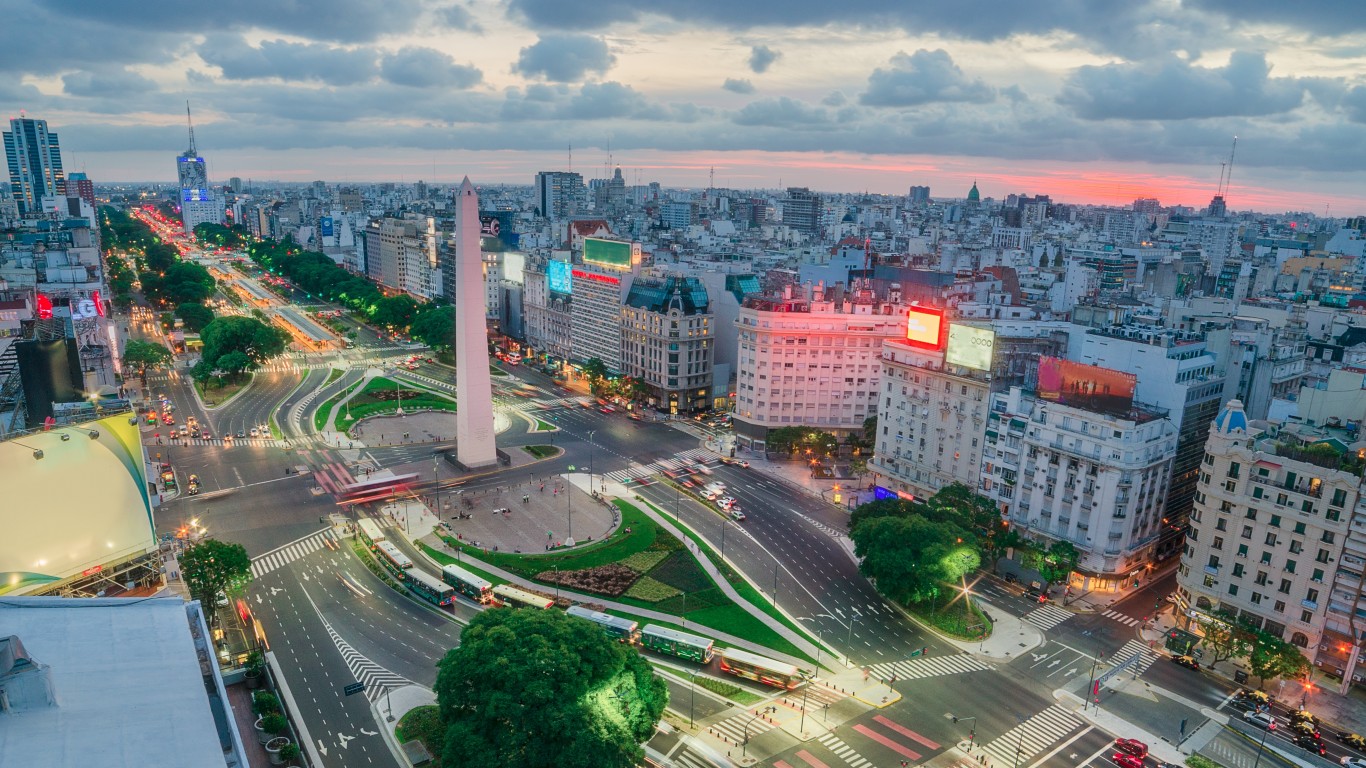 The Argentine capital is one of Latin America’s six megacities and the third largest urban area in the Western Hemisphere after Mexico City and SÃ£o Paulo. It is also home to the largest port in South America thanks to the country’s heavy reliance on the production and export of agricultural commodities. Local industries include banking, automotive assembly, oil refining, beverages, and chemicals. Buenos Aires is widely considered the most “European” of Latin American cities thanks to its architecture and historical immigration patterns. Tourism is a major diver of the city’s economic activity, and the capital is the most visited city in South America. 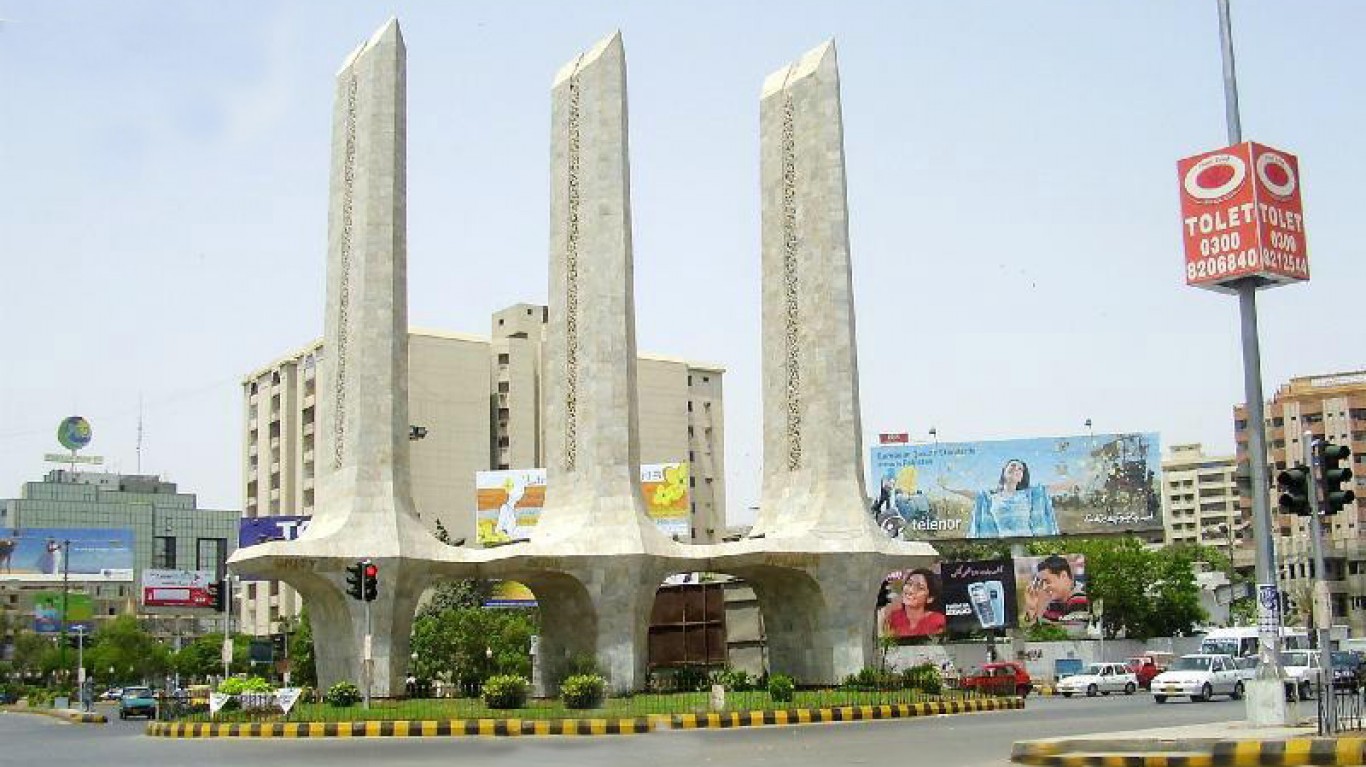 Karachi is the larger of Pakistan’s two megacities, serving as both the country’s primary seaport and its commercial and industrial center. Decades of urbanization has turned this once relatively sleepy port town into a bustling, chaotic metropolis ringed by urban sprawl. The city’s residents are primarily Muslim, but owing to its cultural past, it also contains small pockets of Christians, Hindus, Parsis, Buddhists, and Jains. Major industries in the city include finance, textiles, pharmaceuticals, steel, and automotive assembly. 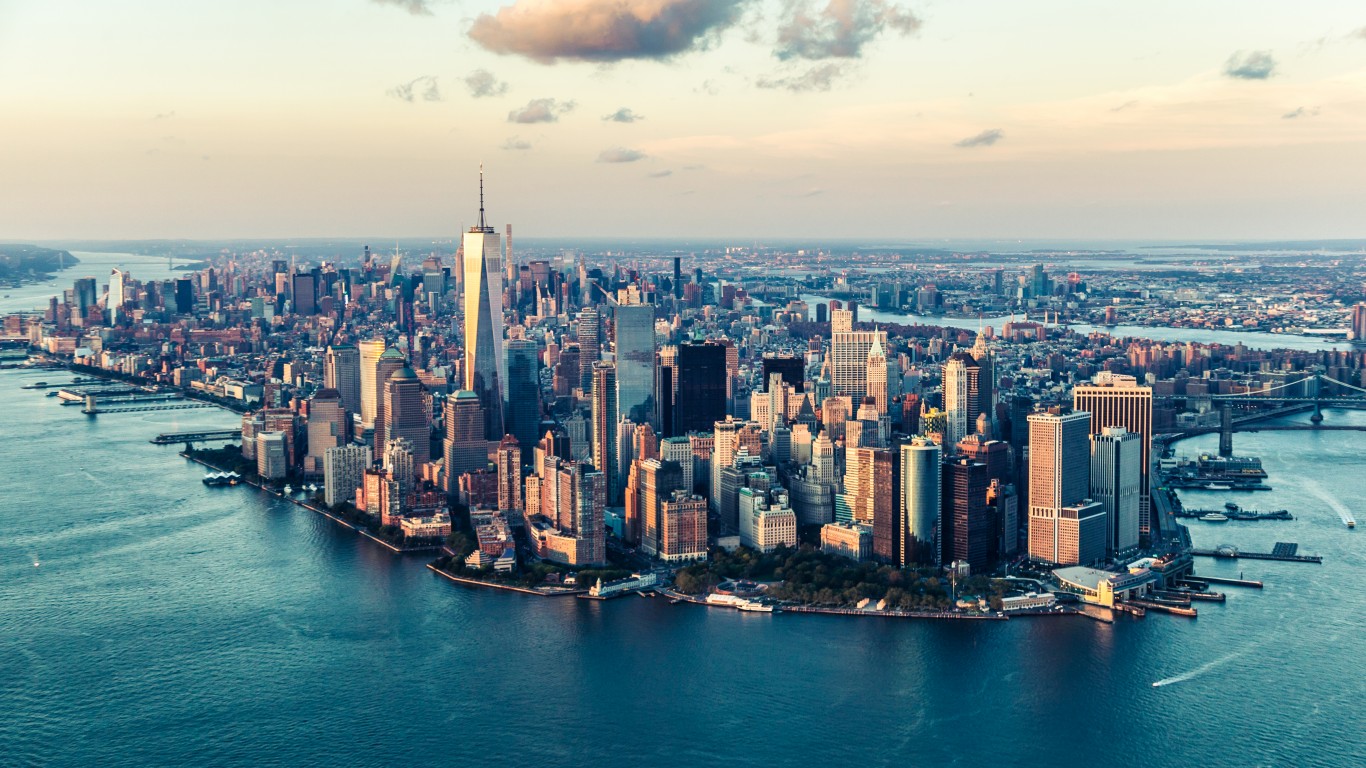 The New York-Newark metropolitan area is the larger of the two U.S. megacities (the other one being Los Angeles-Long Beach-Santa Ana) and one of the country’s major economic, financial, and cultural centers. New York City became the country’s most populous urban areas in the early 1800s and has remained the country’s largest ever since. Major local industries include financial services, health care, real estate, retail, education, and media. In 2017, New York City was the sixth most visited city in the world. 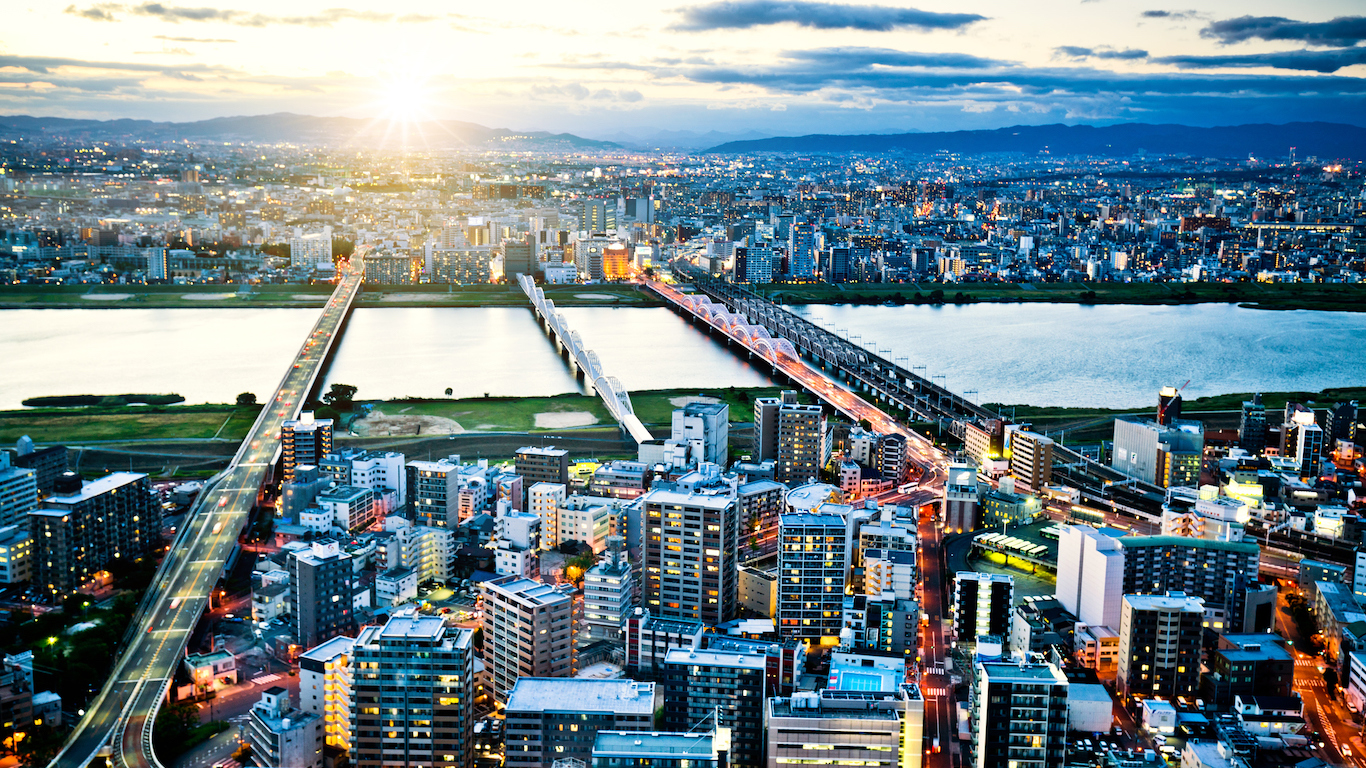 Osaka, the smaller of two Japanese megacities, is significantly smaller than the world’s most populous city â Japan’s capital, Tokyo. Located in south-central Japan, Osaka is a bustling but orderly port city that’s part of an industrial zone that includes neighboring Kobe and Kyoto. Once a textile town, Osaka’s economy is largely based on heavy industry, including metal fabrication, chemicals, and food processing. Osaka is also widely considered to be a city for foodies with a reputation as having the best culinary scene in Japan. 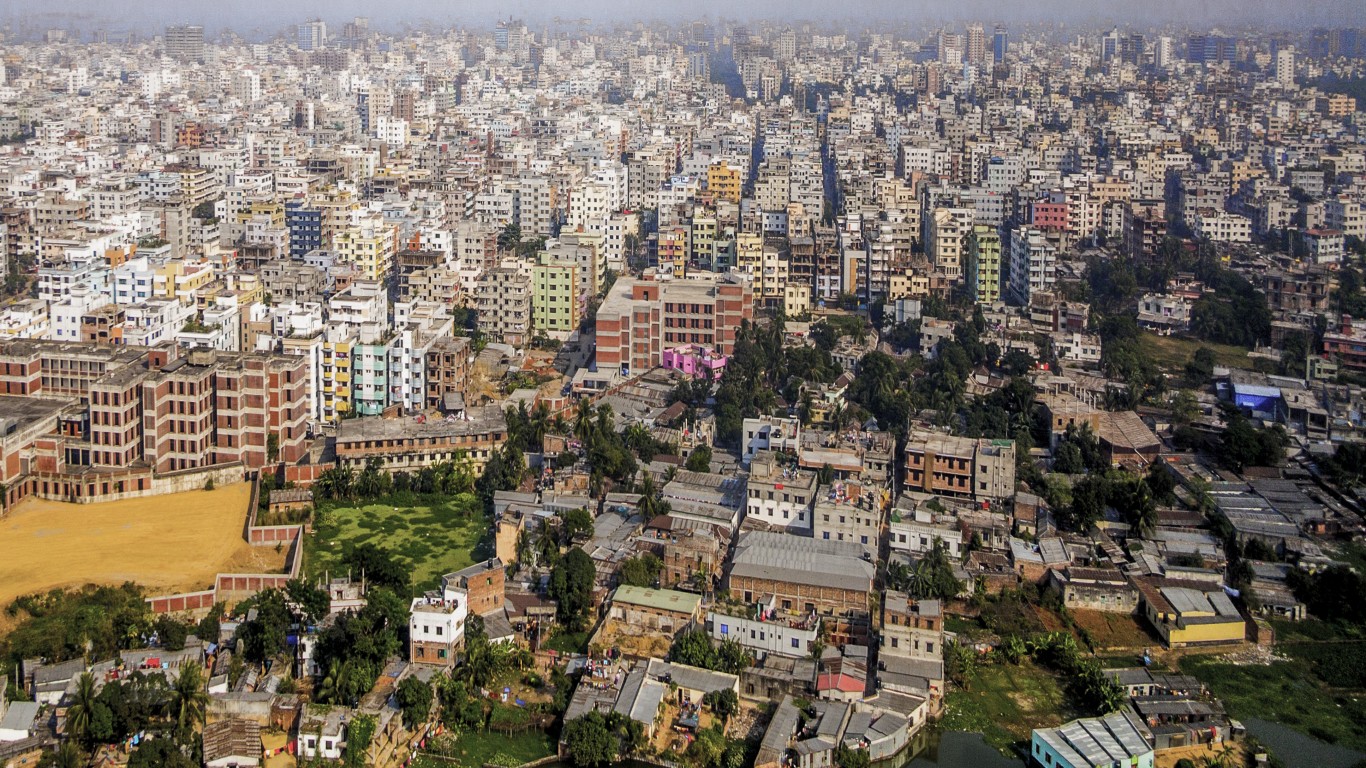 The centrally located river-port capital of Bangladesh is the economic, political, and educational heart of the world’s eighth most populous country. A major source of jobs in a country with a crippling unemployment rate is the garment industry, which has been the focus of workplace safety issues following the 2013 collapse of the Rana Plaza building that killed more than 1,100 garment workers. Even by megacity standards, Dhaka is a crowded place. In 2012, urban policy analyst Wendell Cox estimated that Dhaka’s population is denser than 23 other megacities, including Mumbai and Karachi, and that the densest part of Manhattan is 40% less dense.