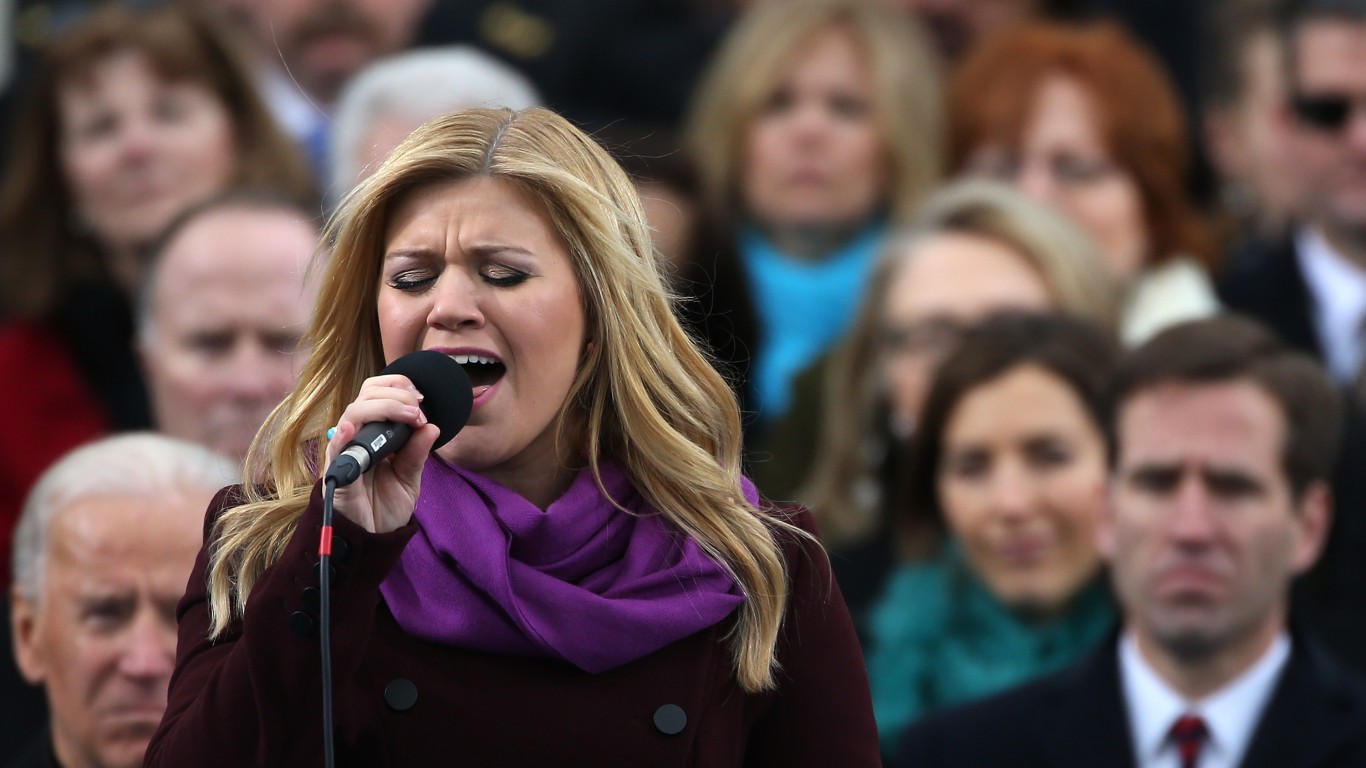 Samuel Francis Smith wrote the words for “My Country ‘Tis of Thee” in 1831 as a peaceful ode to America. It was considered as a possible national anthem. Smith wrote the song’s lyrics after noted organist and composer Lowell Mason asked him to translate music that was in German. One melody in particular — the same melody in the British song “God Save the King” — impressed him, and he wrote lyrics to it.

The song’s melody served as the national anthem in countries such as Denmark and Prussia. Following the American Revolution, the song was adapted for use during the inauguration of President George Washington in 1789. 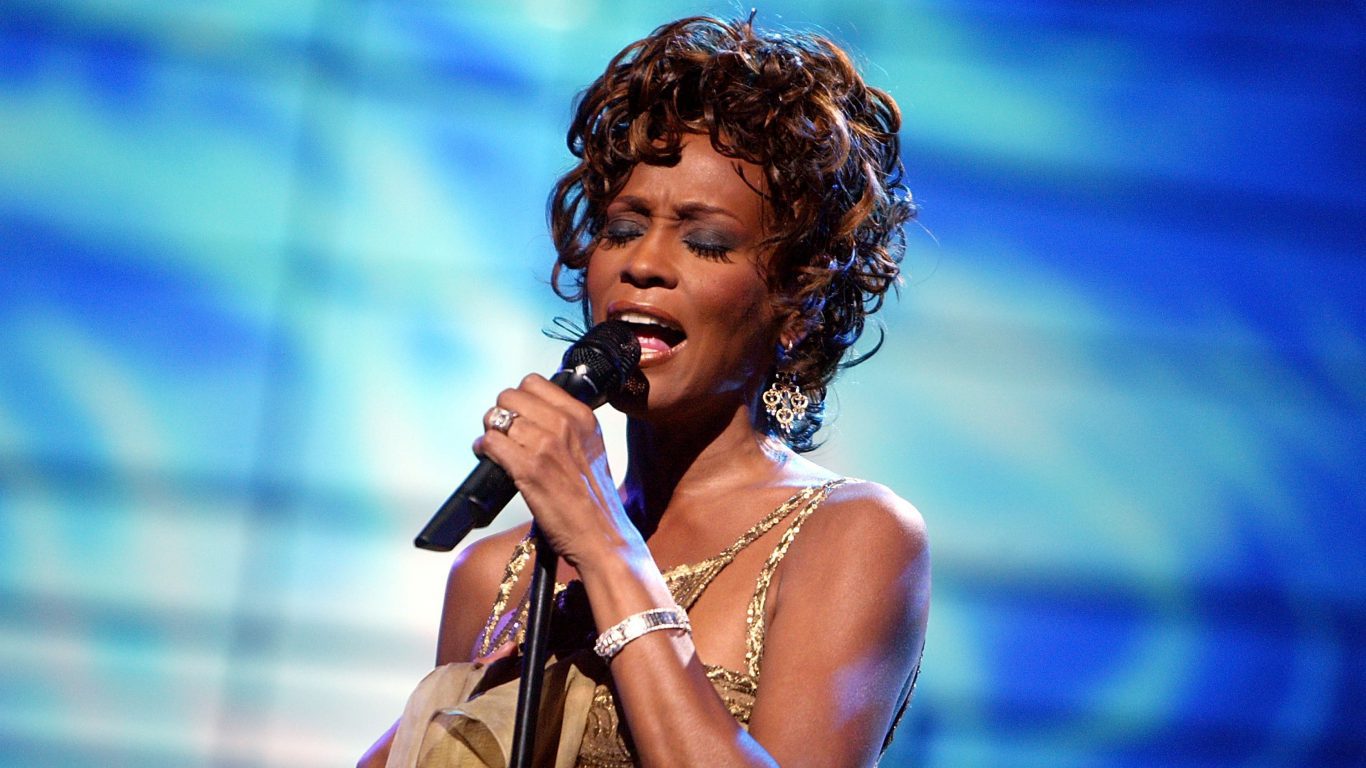 There are few more stirring songs than Julia Ward Howe’s march written during the Civil War. The song, originally called “John Brown’s Body” in 1859, was about the abolitionist, and Union soldiers sang it early in the Civil War. Howe, also an abolitionist, heard the song sung by Union troops and was inspired to write words that she thought were appropriate to the music as a poem. It was published in the “Atlantic Monthly” magazine in February 1862. “Battle Hymn of the Republic” was one of Winston Churchill’s favorite songs. It was sung by Andy Williams at the funeral of Robert Kennedy and was performed at the National Cathedral in Washington, D.C. and at St Paul’s Cathedral in London to honor those killed during the 9/11 terrorist attacks. It has become one of the nation’s patriotic song standards, sung by performers such as Judy Garland and Whitney Houston. 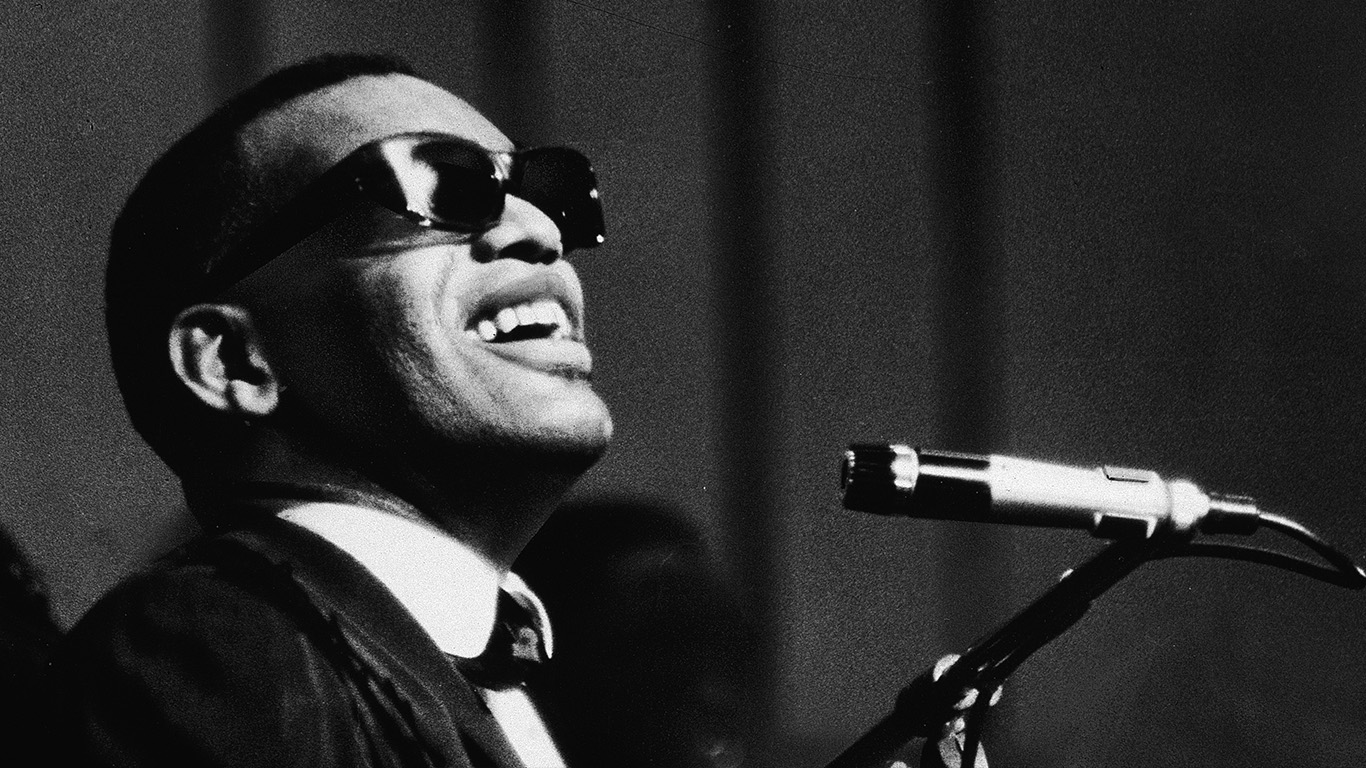 Katharine Lee Bates, an English literature professor at Wellesley College, was on a lecture trip to Colorado in 1893. During a hike up Pikes Peak, when she got to the summit, she was so taken by the vast expanse before her that she wrote “America the Beautiful.” The song is beloved for its unabashed love the American landscape and was considered by Congress as the national anthem.

Bates’ poem first appeared in the weekly newspaper “The Congregationalist” in 1895. At first, the words were sung to any song the lyrics would fit. Eventually, the melody with which it was paired was written in 1882 by church organist Samuel Augustus Ward from Newark, New Jersey. Among the most famous versions of the song is the one performed by Ray Charles. 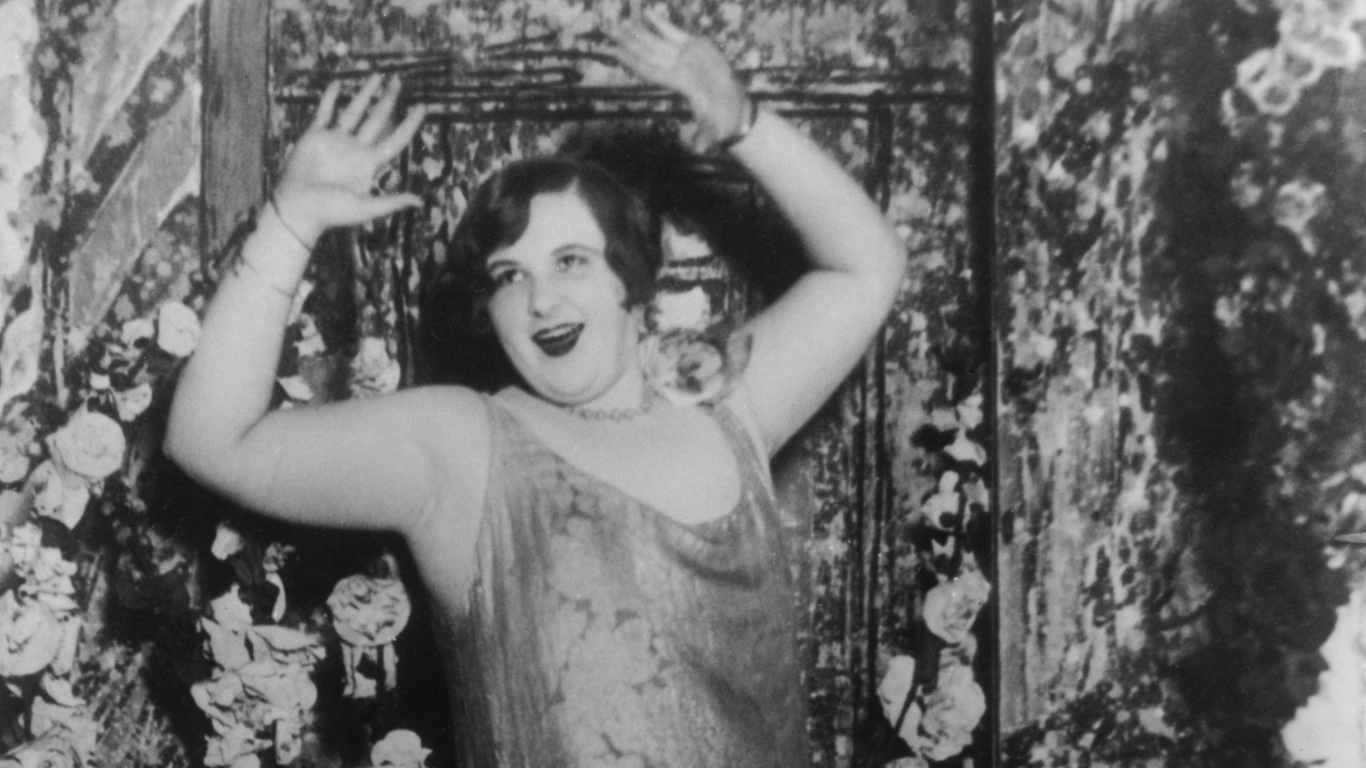 The stars were aligned when singer Kate Smith asked Irving Berlin to write her a patriotic song she could sing on her radio show to be broadcast from the World’s Fair in New York on Nov. 10, 1938, to honor America’s war veterans. Berlin remembered he had written a song 20 years earlier for a comedy and reworked the lyrics and fashioned the song we know today. Smith’s booming voice did justice to the soaring music and lyrics.

The song, which some have called our second national anthem, was played frequently after the 9/11 terrorist attacks, and Smith’s version is still played during every New York Yankees home game, with the lyrics posted on the scoreboard. 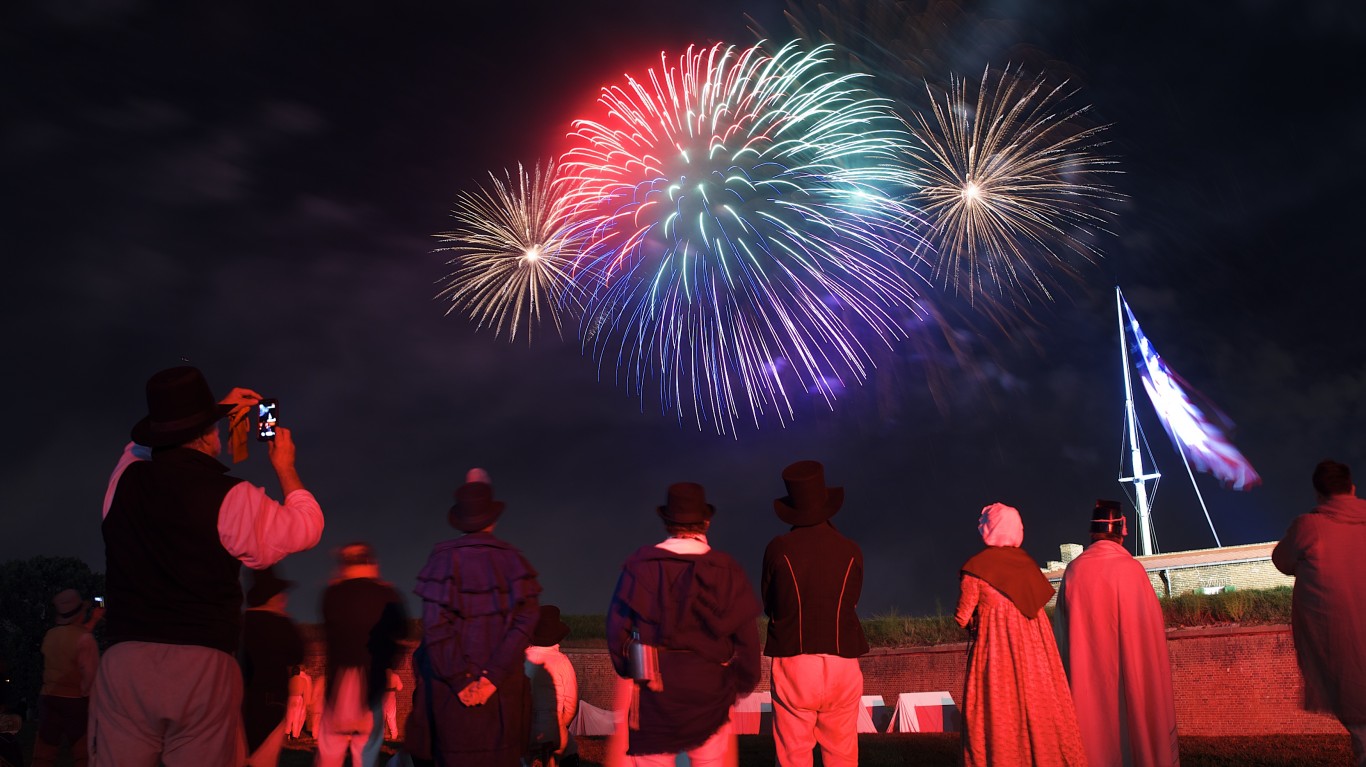 “The Star-Spangled Banner” became our national anthem in 1931. Since that time, the song has been exalted by the voice of Whitney Houston; mangled by the cringeworthy strains of Roseanne Barr; electrified by Jimi Hendrix’s famous guitar solo; and soulfully interpreted by JosÃ© Feliciano.

We know the circumstances of how the song’s words were written. Francis Scott Key, a lawyer, had been trying to negotiate the release of a friend from British troops during the War of 1812. He was detained aboard a boat in Baltimore’s harbor by the British Navy, which was shelling Fort McHenry the night of Sept. 13, 1814. Key watched the bombardment from the boat and at dawn was amazed to find the American flag still flying above the fort. Inspired by what he saw, he penned the words to what would become our national anthem. He reworked the lyrics to the tune of “Anacreon in Heaven,” a song associated with a gentlemen’s club of amateur musicians in London. For the next century, “The Star-Spangled Banner” was considered as the country’s unofficial national anthem. It gained additional impetus in 1917, when it was played during the World Series that year to honor soldiers fighting in World War I. The song touched a chord, and by the following season, it was being played at every game.