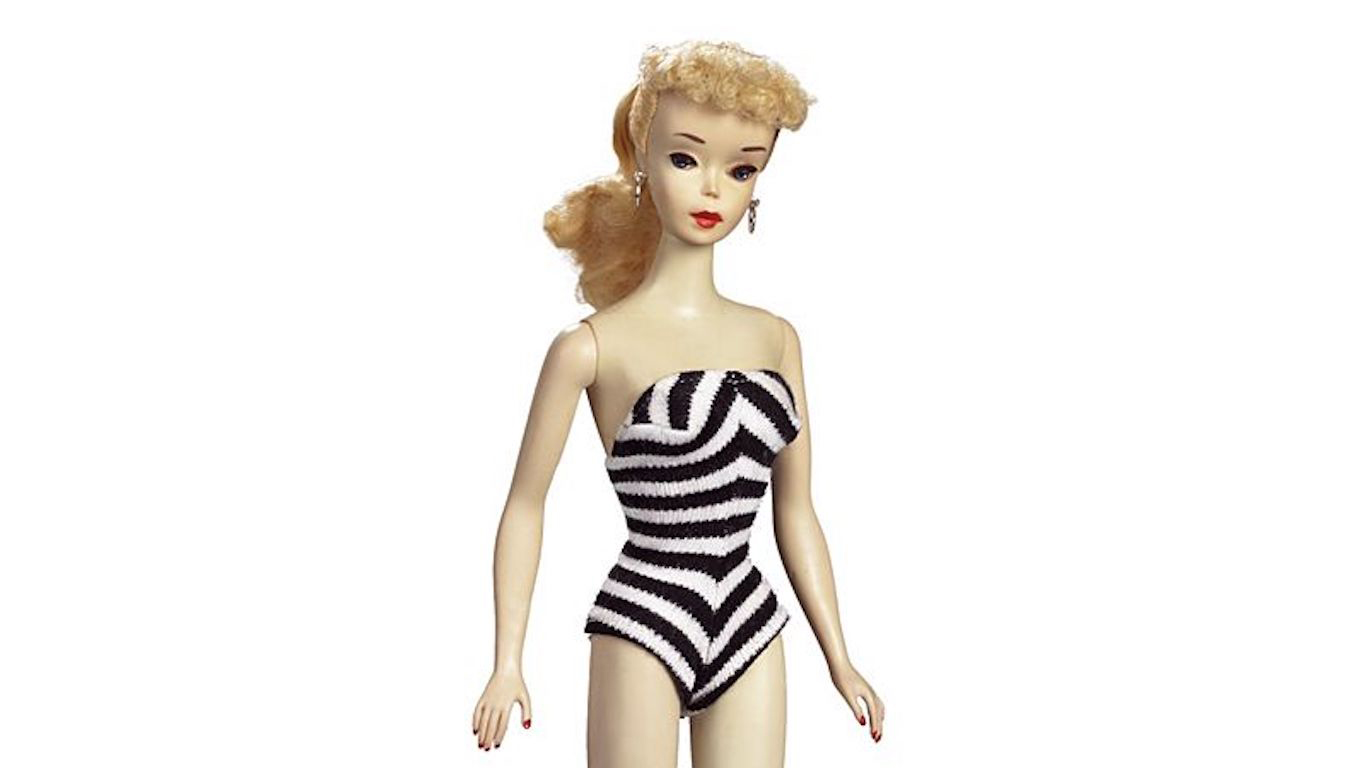 The Original Barbie in Bathing Suit
> Released in: 1959

The first Barbie doll ever appeared on March 9, 1959, at a toy fair in New York City. She was 11 inches tall, had blonde hair tied in a ponytail, and wore a bathing suit in black and white stripes. (A brunette version was released later that year.) The original Barbie was also the most popular of the decade, according to Mattel. 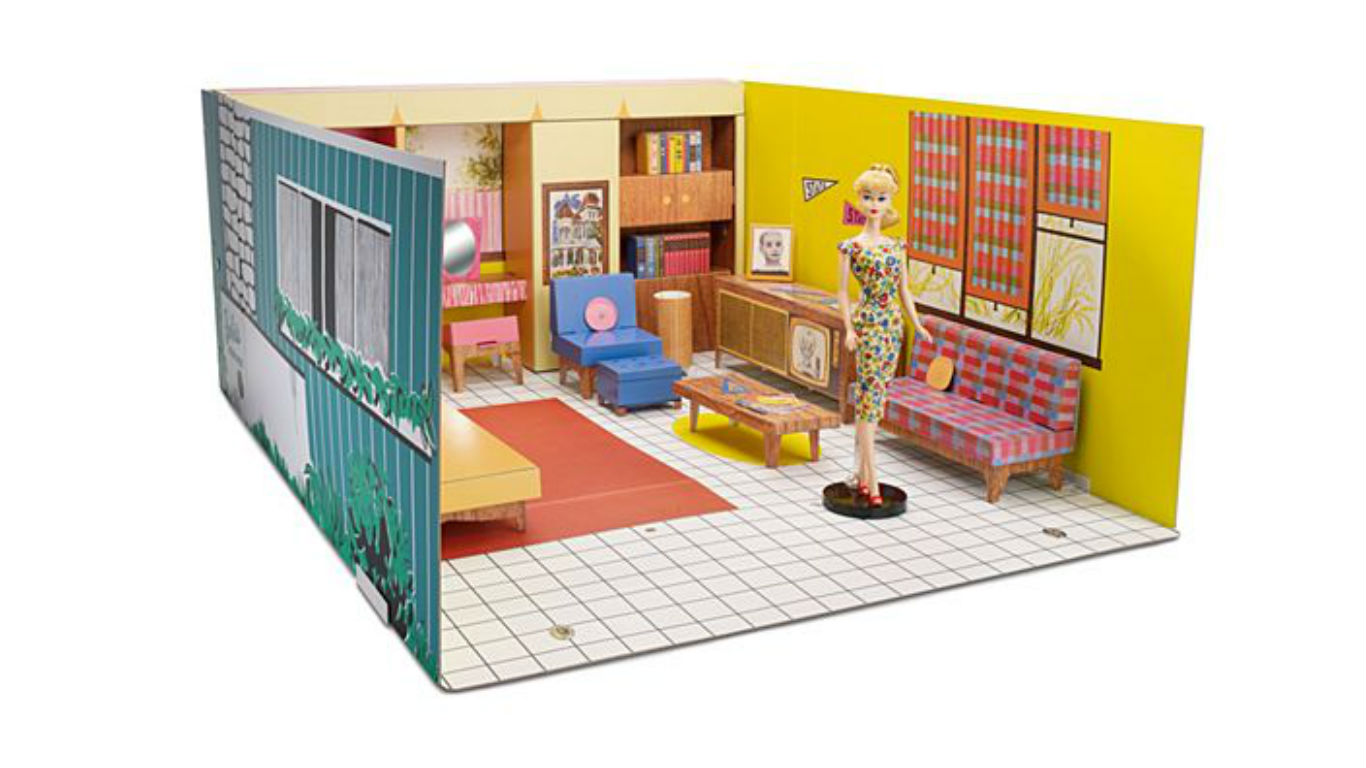 The first Barbie Dreamhouse was such a big deal that it may have inspired many girls to pursue a career in architecture. It first came out in 1962 and was made of a simple cardboard rectangle — a studio for a Barbie living alone. It came with cardboard furniture that can be moved around and with plastic hangers in the closet. You can still buy a reproduction of the original Barbie Dreamhouse. 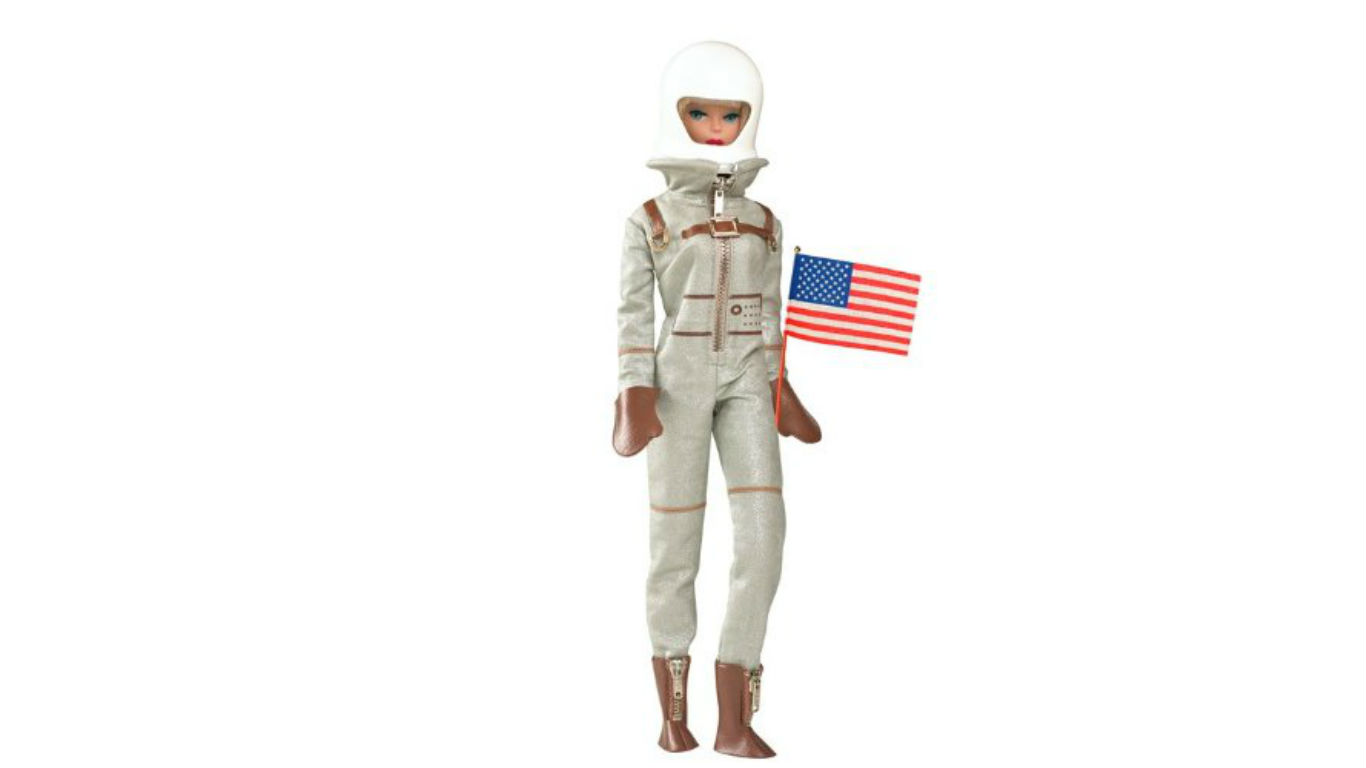 Both Barbie and Ken were released as astronauts in 1965, reflecting the enthusiasm in the U.S. around the space program. Mattel was on the right track. Neil Armstrong became the first man to walk on the moon four years later. A woman had already been in space though — Russian astronaut Valentina Tereshkova in 1963. Mattel reproduced the original doll astronauts in 2010. 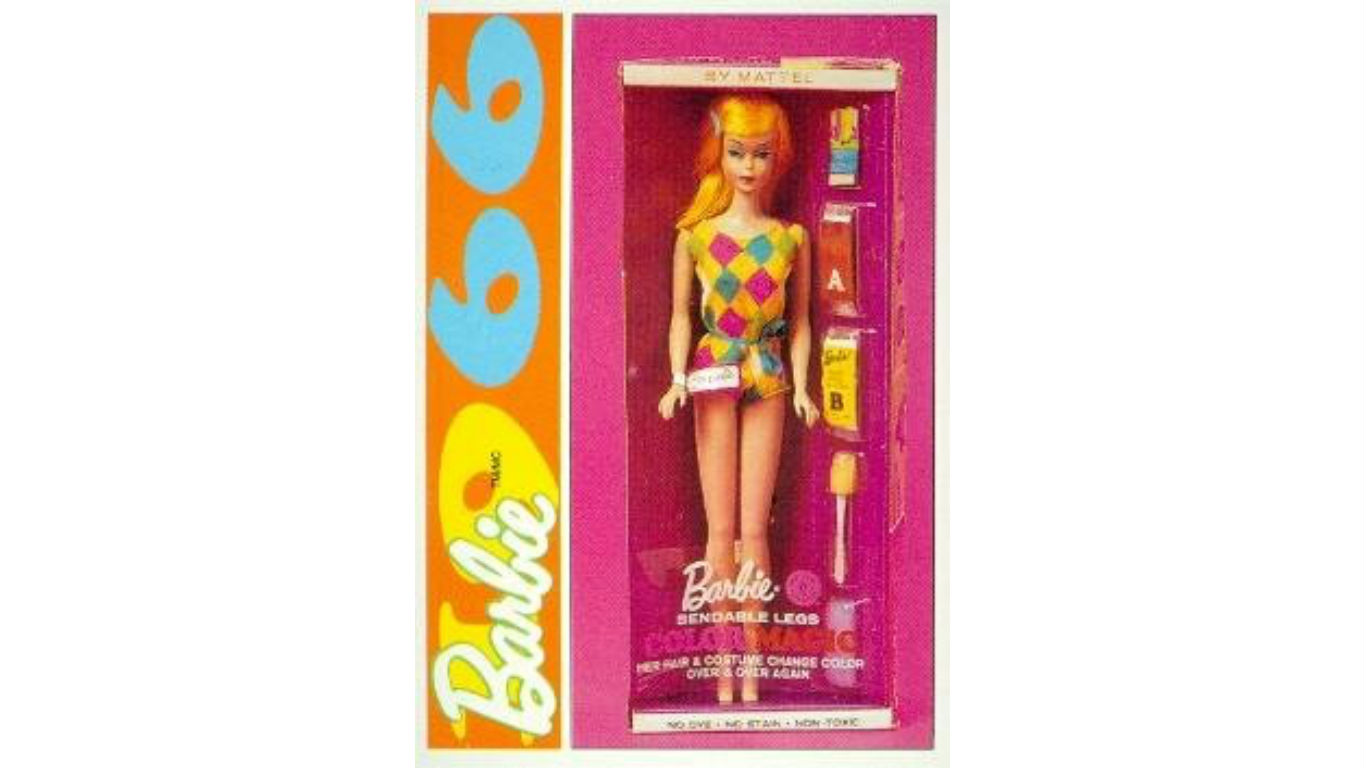 One of the most distinct features of the Color Magic Barbie is her golden hair that changes to blonde and scarlet flame or red. She wears colorful and rich makeup, the typical style at the time. This doll is not easy to find today, making it one of the most expensive vintage Barbies. 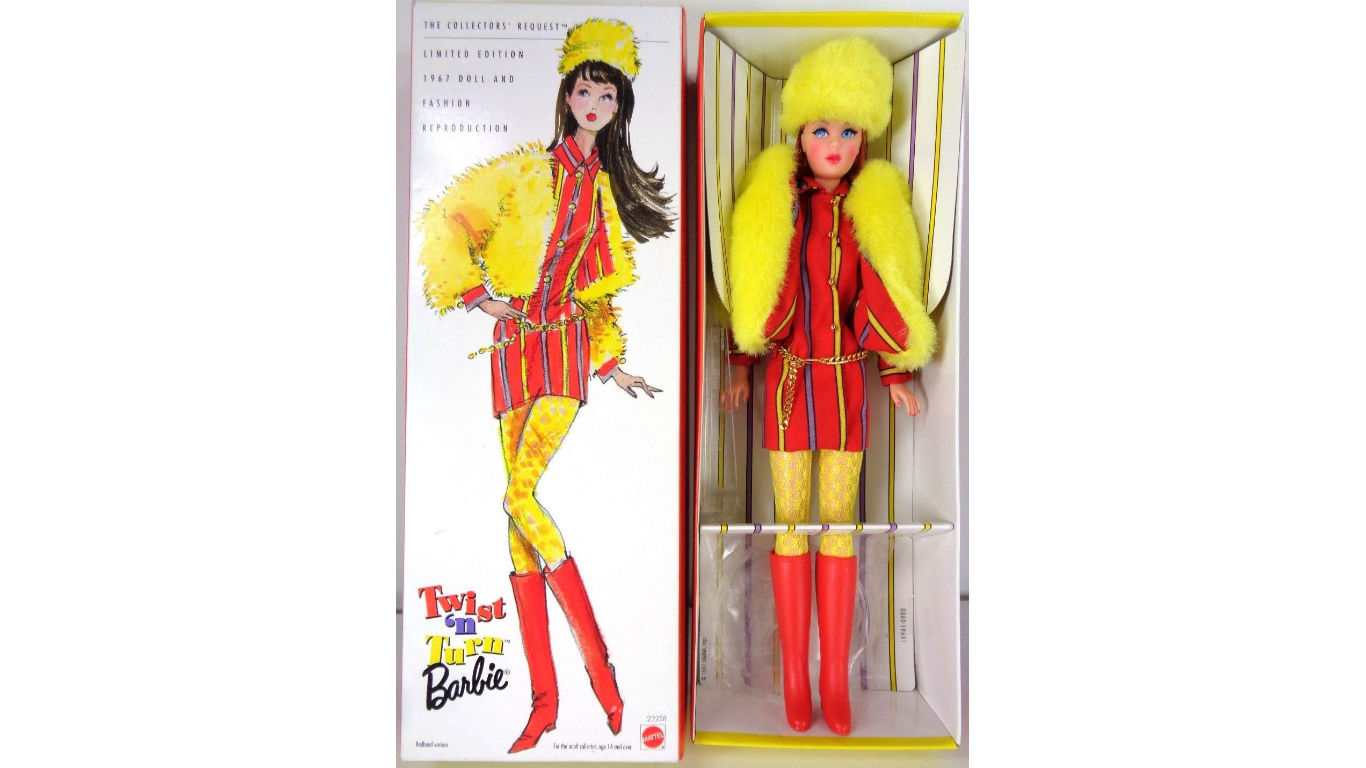 Collectors call the Turn N Twist Barbie TNT. She was the first of what later became known as the Mod Barbie Era from 1967 to 1973. The doll looks a little different because she has rooted eyelashes, long straight hair, bendable legs, and her waist can be turned, hence the name. The Twist N Turn Barbie was the most popular in the 1960s, according to Mattel.