The Flight Time Barbie in 1989 came with a pink suit that transformed into a glamorous party outfit. And children playing with her could change her hair in any style they wanted. Today, the Pilot Barbie comes in a blue pantsuit, wearing a tie and a blue pilot hat.

Barbie Runs For President
> Released in: 1992

Barbie has been a presidential candidate a total of six times, with her first attempt to win the White House beginning in 1992. No woman in real life had run for president by then. In 2016, she ran on the first all-female ticket. Maybe soon we’ll have a Barbie president.

The Totally Hair Barbie was not only the most popular doll in the 1990s, but also the most popular Barbie ever, according to Mattel. She beat a few other records as well. Her hair, which reached her toes, was the longest ever. She was massively popular from 1992 until 1995, and she still holds the record for the world’s longest successful toy sale — over 10 million. 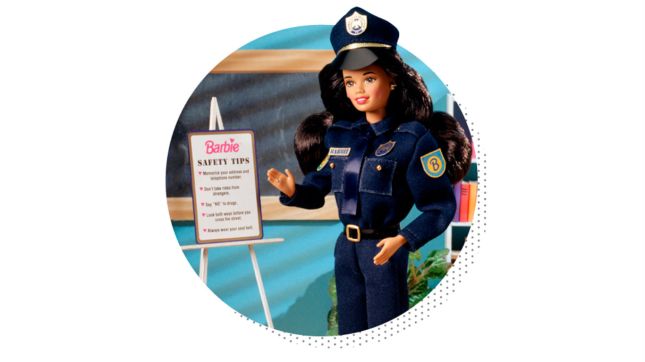 Police officer by day, party girl at night. Barbie Police Officer comes with two outfits: a full uniform, which includes navy blue shirt, long pants, hat, a tie, and even a buckle, and the other an elegant white polka dot skirt and a golden top. This doll is part of the career girl collection. 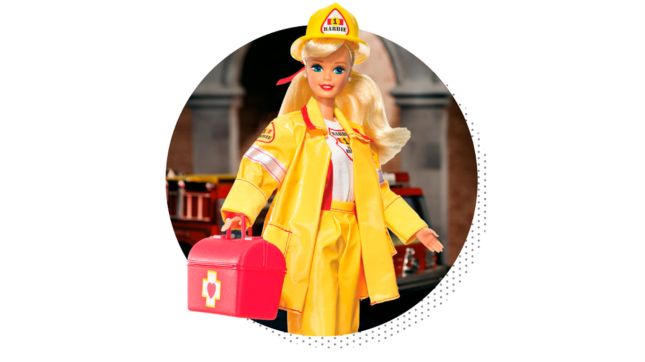 Barbie is coming to the rescue. Firefighter Barbie, wearing yellow firefighter coat and pants, is also part of the career collection and even comes with a first aid kit. An updated version has Barbie wearing a red firefighter coat, black pants, boots, and a red firefighter hat with a “B” emblem. A new version was released for Barbie’s 60th anniversary.