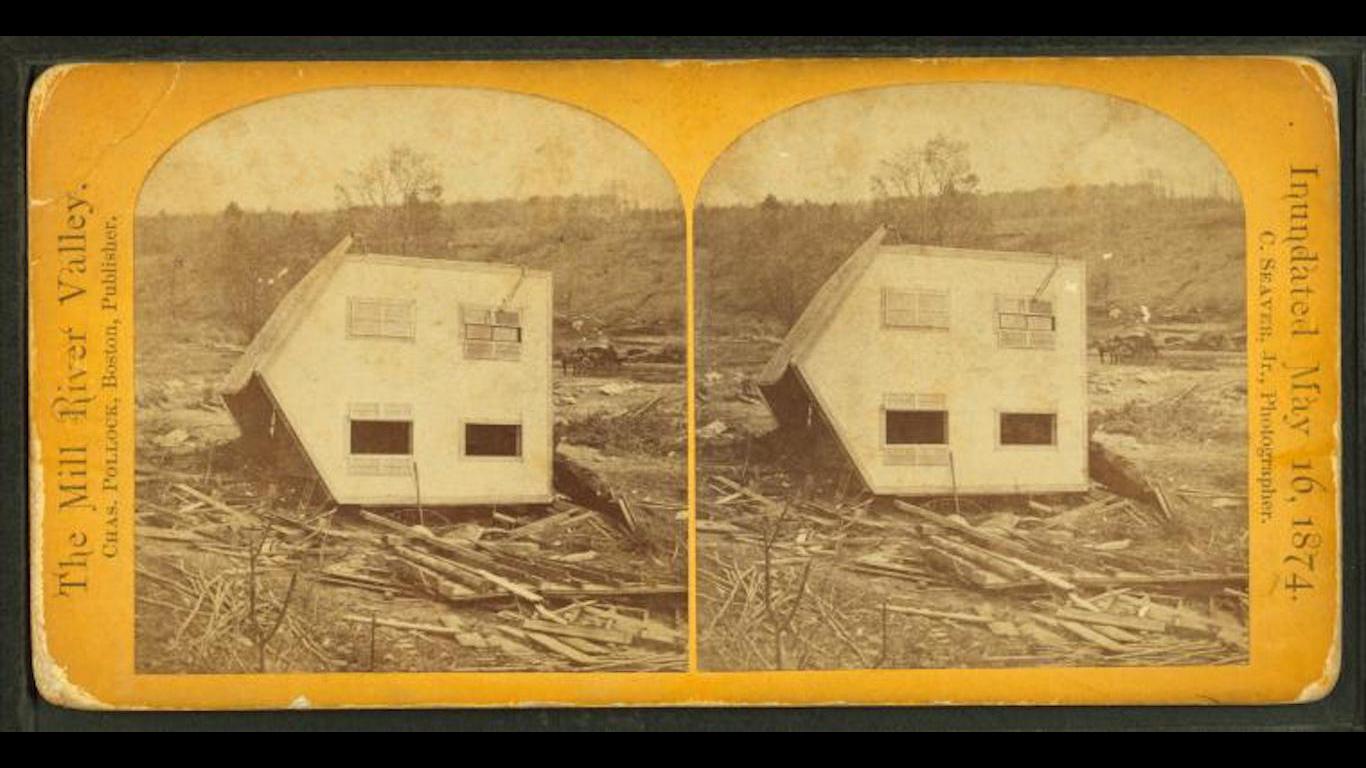 The failure of the Mill River Dam in Massachusetts, a major disaster in the late 19th century, is an example of an avoidable tragedy. The reservoir dam was built in the hills above Williamsburg and Northampton in western Massachusetts. It burst during the early hours of May 16, 1874, and water cascaded down a narrow valley of factories and farms. About 600 million gallons of water flooded the area, rising to 40 feet. An hour later, 139 people were dead. Investigations revealed that the dam was poorly built, but no one was held accountable. The tragedy prompted residents in western Massachusetts to adopt stricter safety measures for reservoir dams. 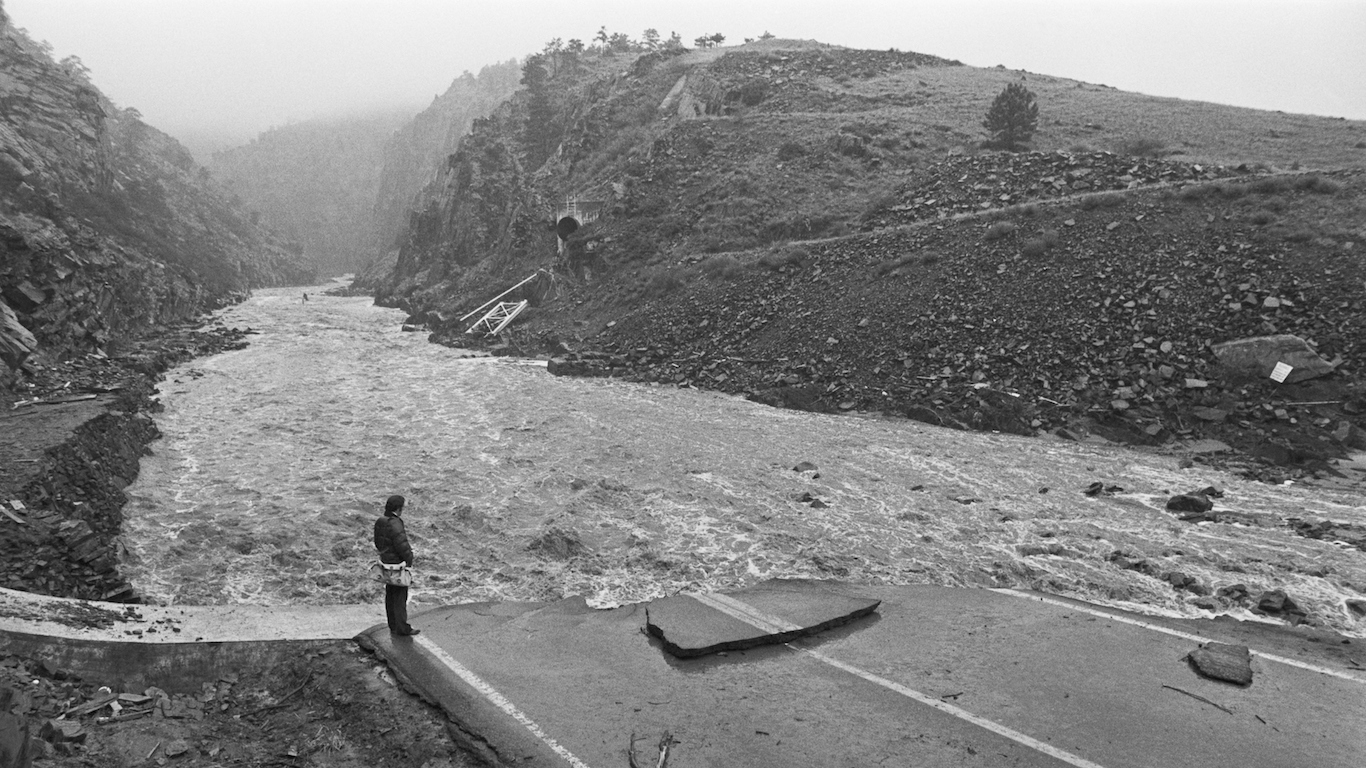 The Big Thompson Canyon Flood marred the centennial celebration of Colorado becoming a state. Party-goers had gathered in the canyon on July 31 to celebrate the centennial. In late afternoon, a light rain began to fall. It turned heavy in early evening. In a two-hour span that evening, a year’s worth of rain fell in the region. Water cascaded down mountainsides. At 10:30 p.m., a massive wave of water 20 feet high roared through the canyon, washing over everything ahead of it. Helicopters were deployed to find the 144 victims of the flood. 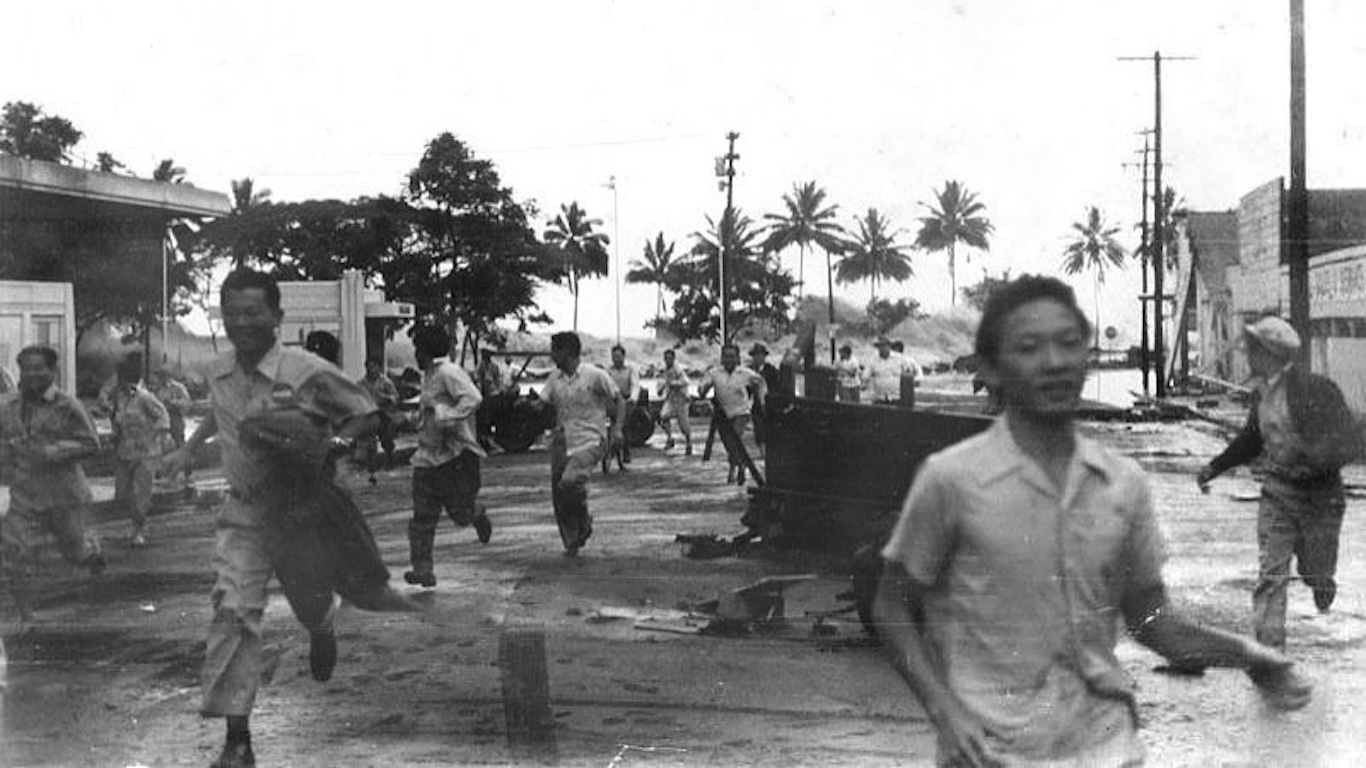 The Aleutian Islands earthquake launched a tsunami on April 1, 1946, that overwhelmed parts of Alaska and Hawaii. Unimak Island in the Aleutian island chain was first hit by a 100-foot wave that wiped out a lighthouse 30 feet above sea level, killing five people. The wave headed south to Hawaii where it slammed into Hilo, erasing a third of the city. A schoolhouse in another part of the island state was destroyed, killing a teacher and 25 students. 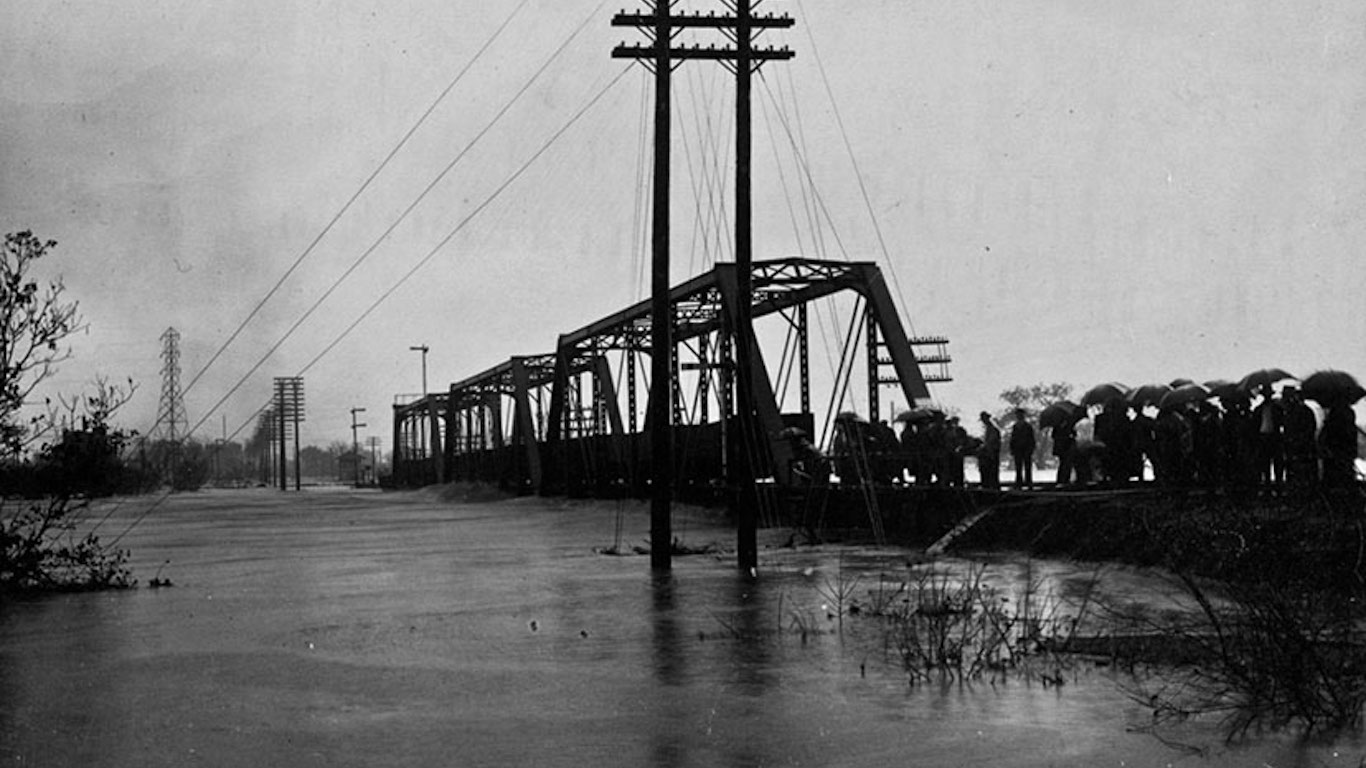 The Brazos River Basin was familiar with periodic flooding, which helped cotton farmers grow their crop. Still, area residents were not prepared for what happened on Dec. 5, 1913. Heavy rain began falling on already elevated river water levels, and water overflowed the riverbank and washed into East Waco. Two people were killed by the surging river, and businesses were damaged. Farther south, the Brazos River and Colorado River overflowed their banks and combined, the deluge eventually killed 177 people. The flood prompted action to protect the city of Waco from further flooding. 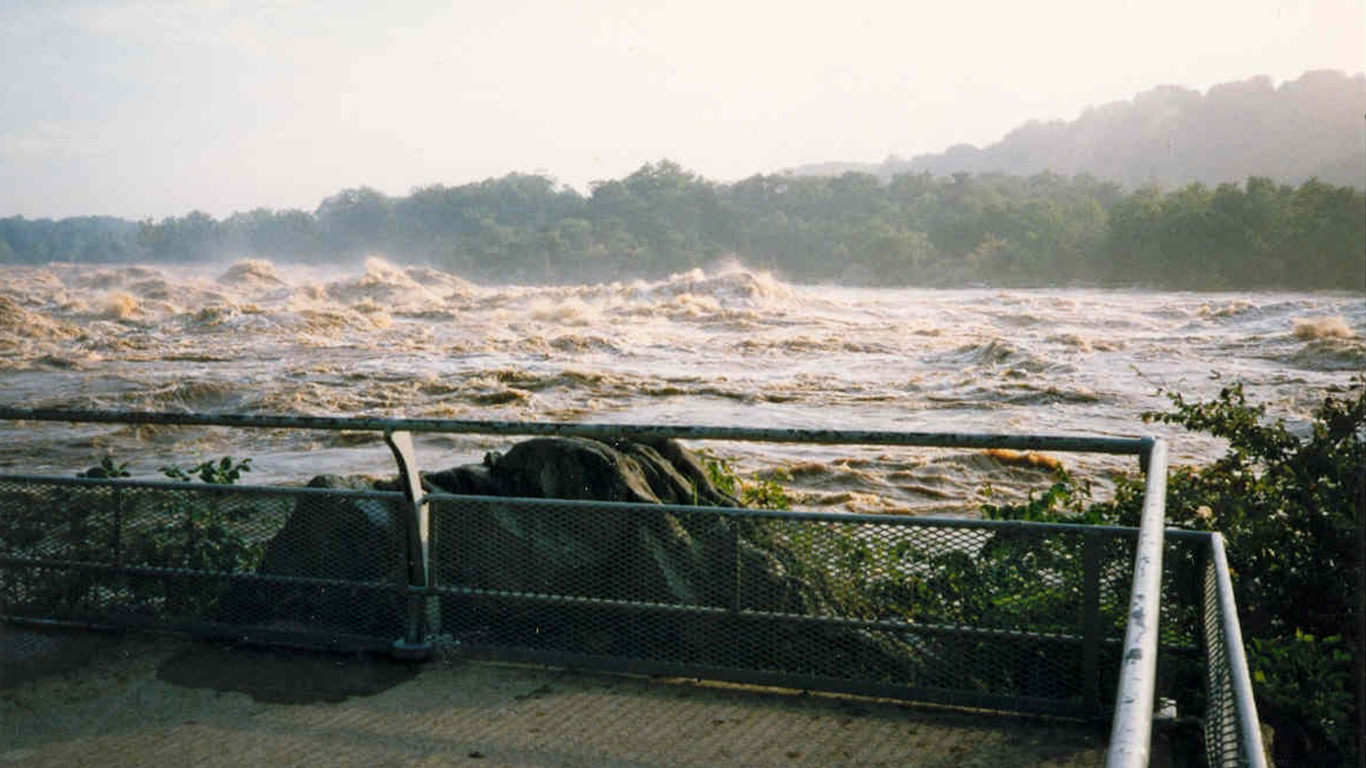 Blizzards are bad enough, but when a heavy volume of snow melts causing flooding, that is a deadly one-two punch. Such was the case in early 1996, when that combination overwhelmed many states in the eastern United States. The Susquehanna River overflowed its banks and flooded low-lying areas. More than 3 inches of rain fell in 24 hours at Williamsport, Pennsylvania. That rainfall led to some of the worst flooding in the Keystone State since Hurricane Agnes 24 years earlier.