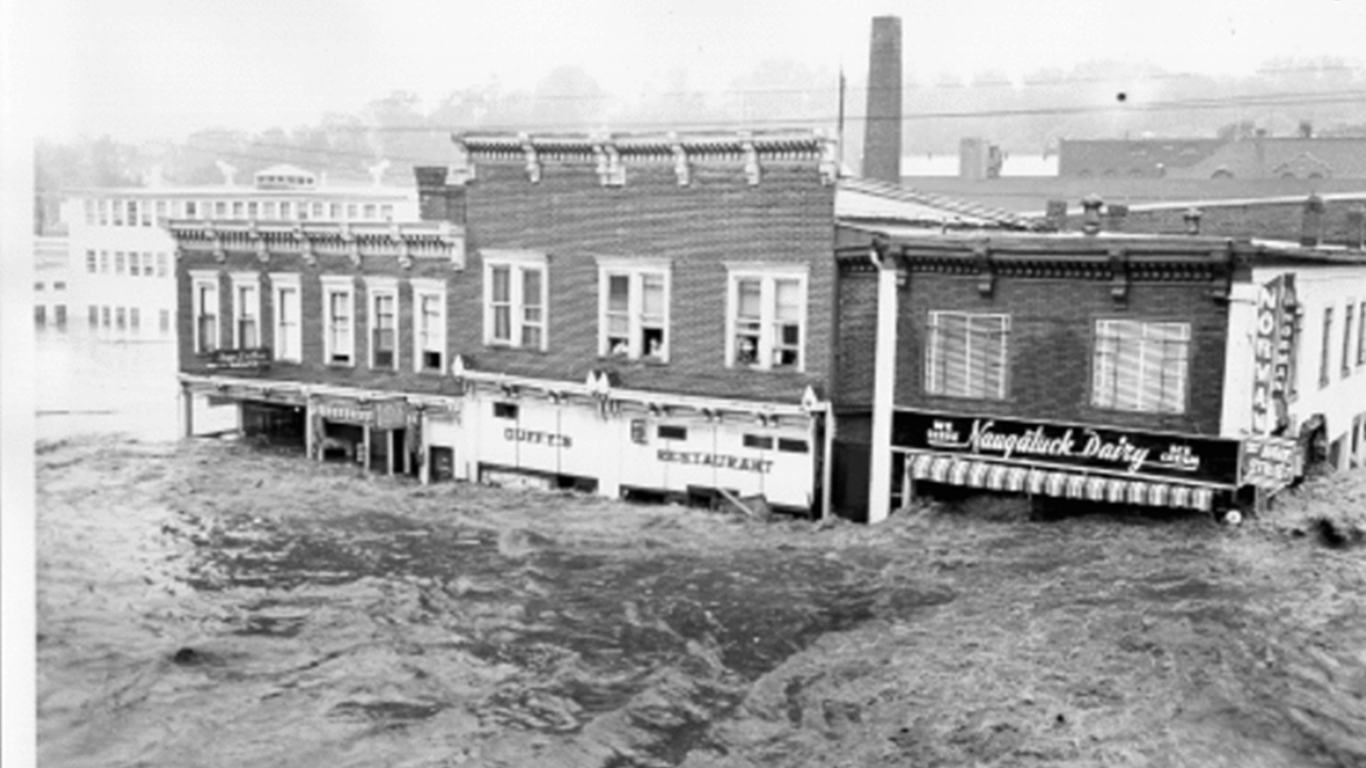 Back-to-back hurricanes led to extensive floods on the East Coast in August 1955. At the time, Hurricane Diane, the second of the two storms to strike the region, was the costliest storm on record. The heaviest rain fell in northern Virginia, with more than 5 inches inundating the region in 24 hours. More than 200 dams In New England either partially or completely failed. 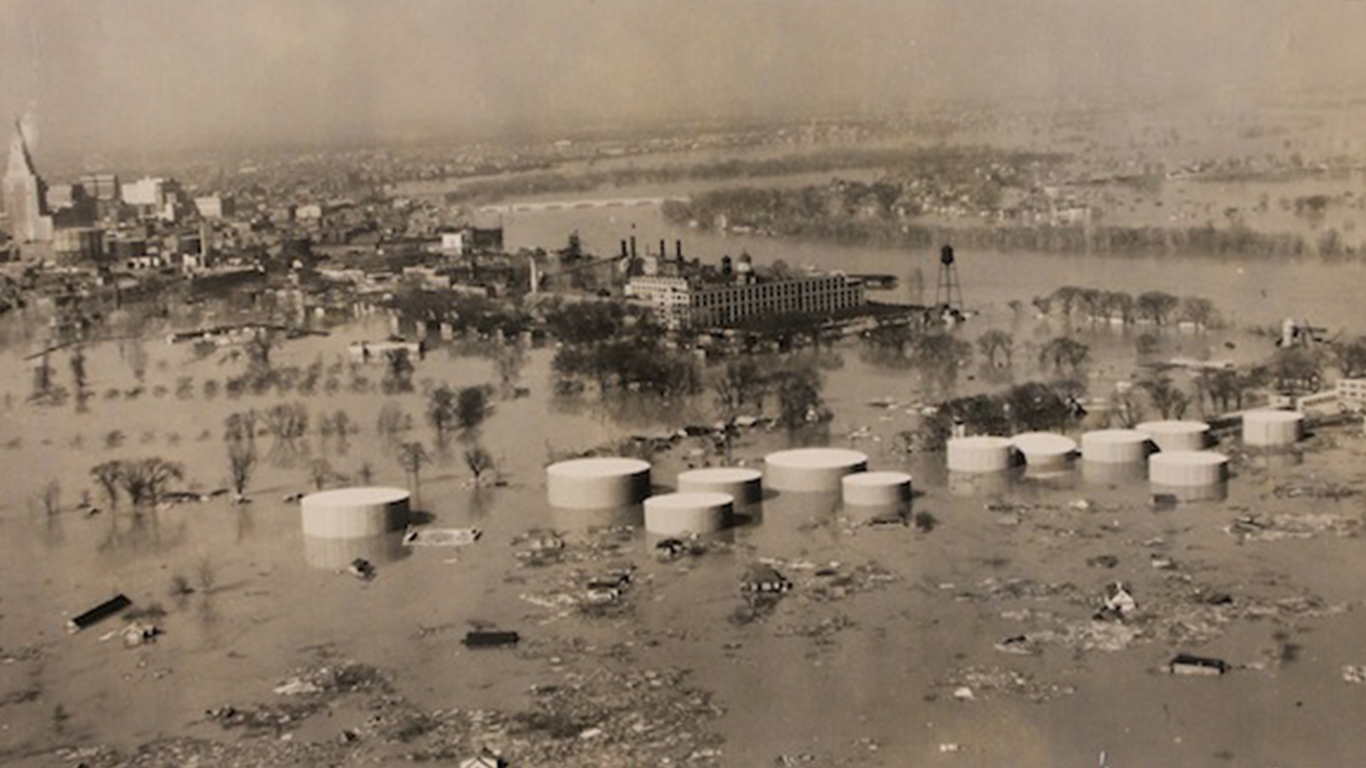 The massive flood that engulfed half of the eastern United States, almost biblical in scope, started with snowmelt, then a downpour, on March 11 that did not relent for 14 days. The tiny town of Pinkham Notch recorded rainfall of more than 22 inches over the period. Rivers throughout New England states overflowed. At the Vernon Dam in Vermont, flood waters from the Connecticut River rose 19 feet above the dam. About 200 people lost their lives, and 14,000 were made homeless. Because of the disaster, Congress passed the Flood Control Act of 1936, which President Franklin Roosevelt then signed. The act empowered the Army Corps of Engineers to build levees, flood walls, and reservoirs. 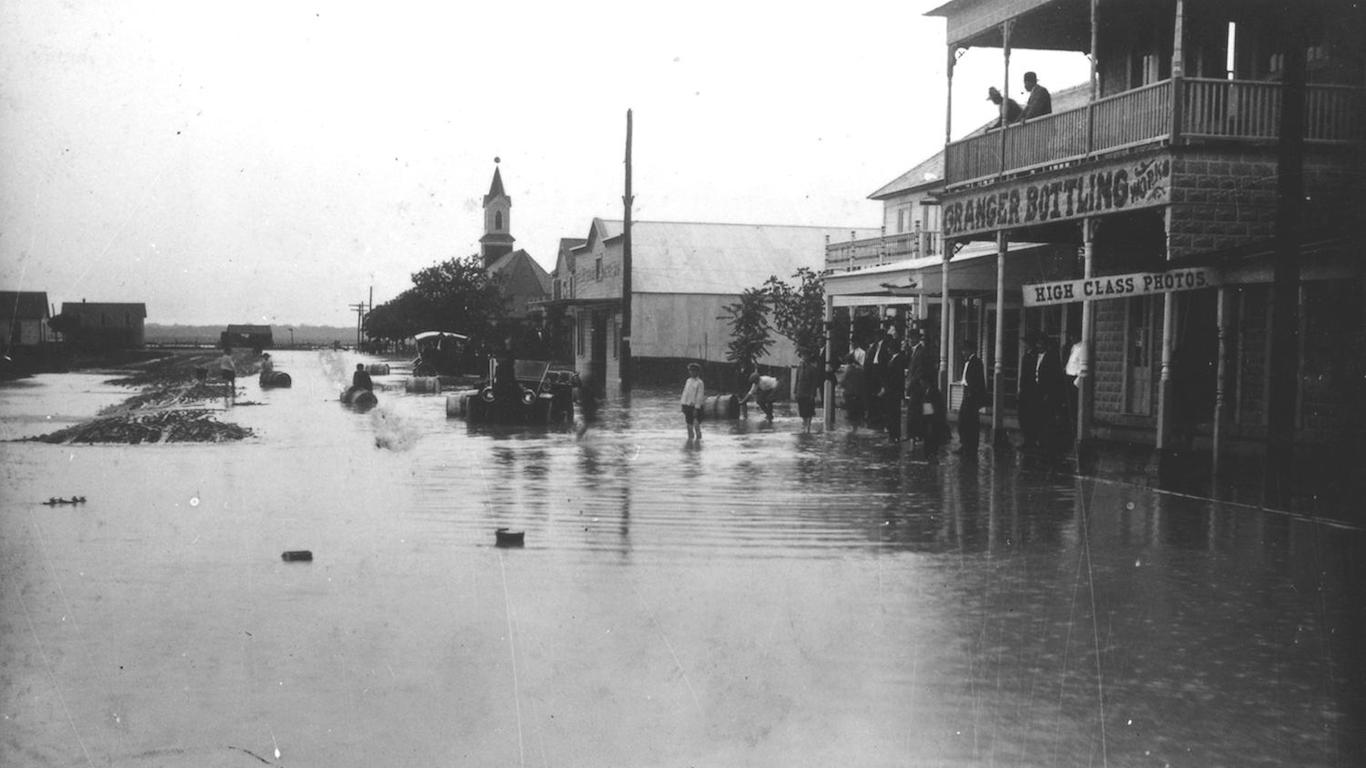 Source: Courtesy of The Williamson Museum

The rainstorm in Texas in 1921 is considered the greatest such event in the history of the Lone Star State. The storm entered the region as a hurricane in the Gulf of Mexico and brought torrential rain in Texas as it moved in a northeasterly direction. In its path, 215 people were killed. The rainfall left up to 9 feet of water in downtown San Antonio. In the town of Taylor, almost 24 inches of rain fell in 35 hours as measured at the U.S. Weather Bureau station on Sept. 9-10. 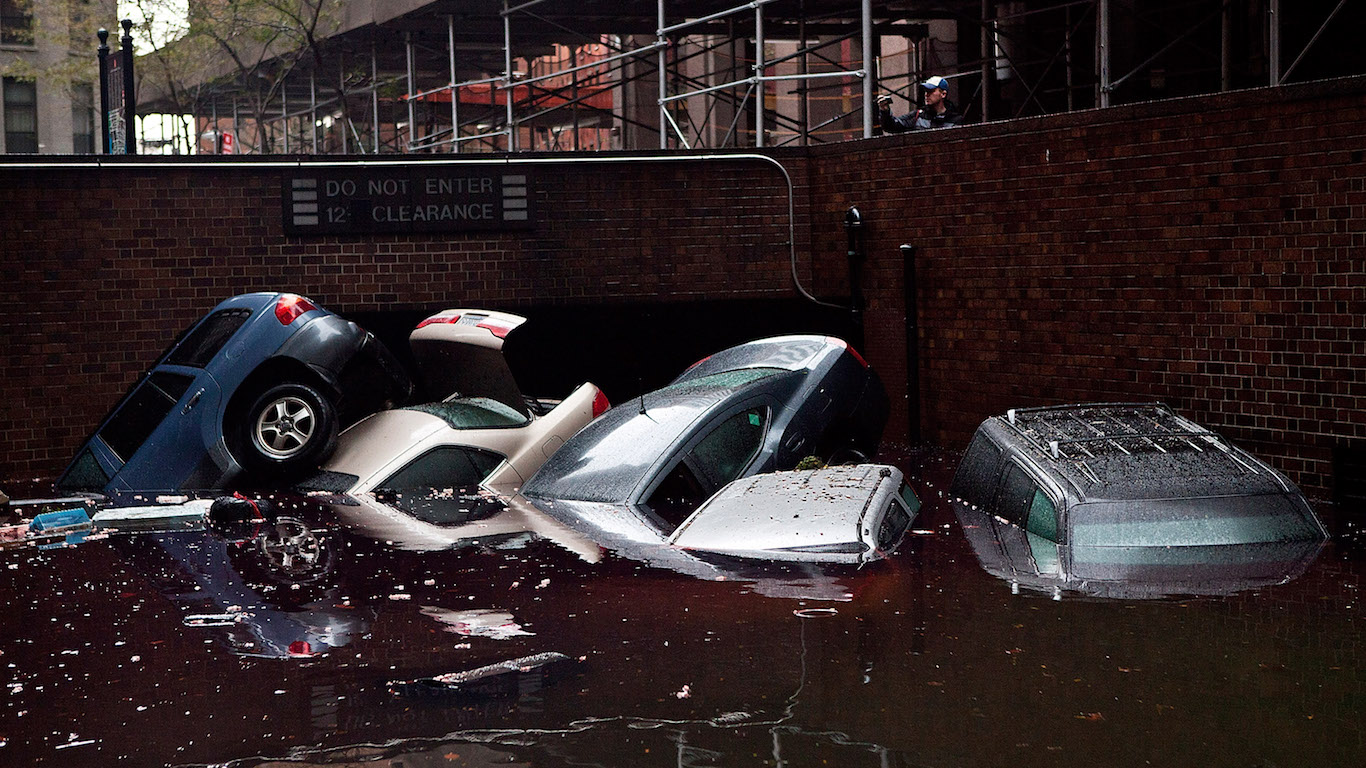 By the time Sandy reached the New York metropolitan area on Oct. 29, 2012, it had been downgraded to a superstorm from a hurricane. Yet it would turn out to be one of the costliest weather events in U.S. history. Subway service in New York City was knocked out, and multi-million-dollar homes at the Jersey Shore were destroyed. The destructive force of the storm and loss of life ratcheted up the urgency level for preparing shoreline defenses along the New Jersey coast as well as New York City to address the reality that stronger storms are in the region’s future because of climate change. 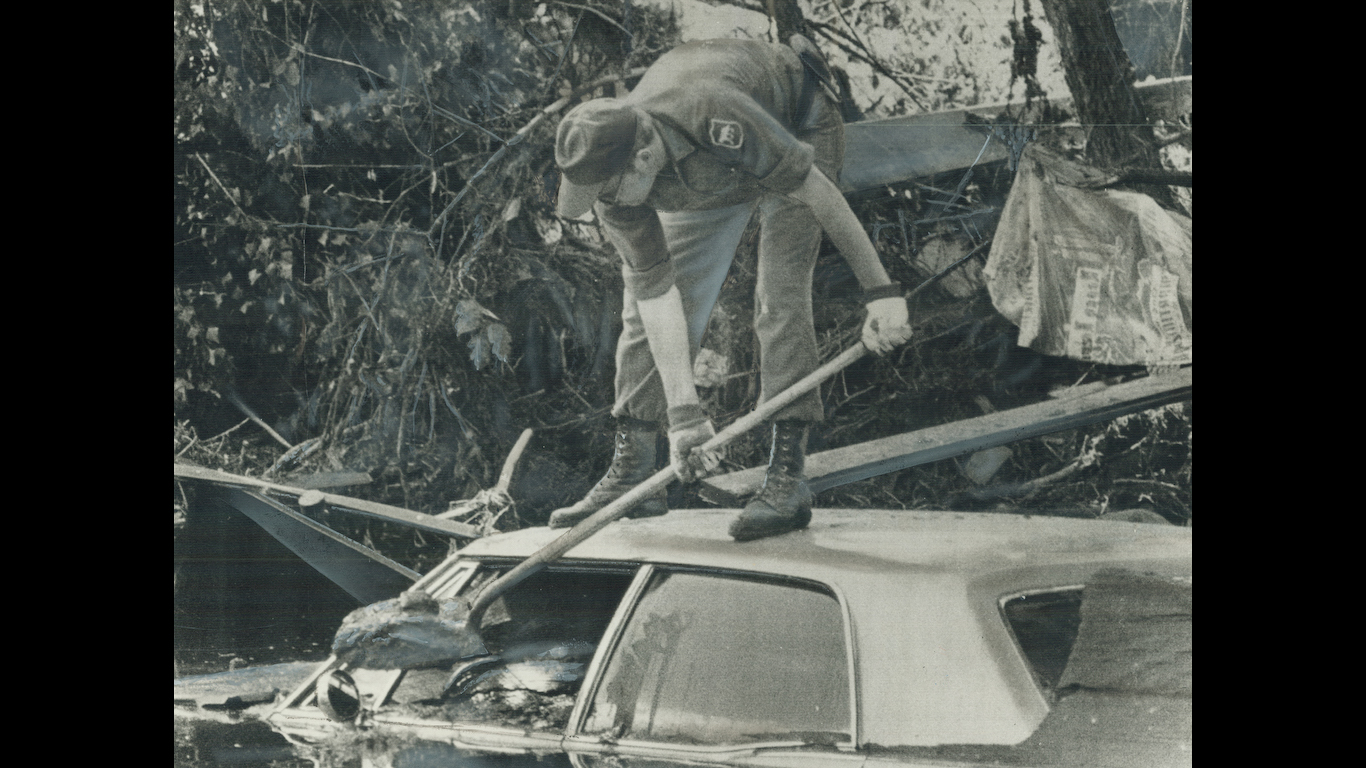 Heavy thunderstorms struck the Rapid City region of South Dakota on June 9, 1972, and because of strong easterly winds, the storm system stayed over the area. Flood water from various creeks emptied into Rapid Creek, swelling that body of water to more than 300 times its regular volume. According to the NWS, data from the stream meter on Rapid Creek above Canyon Lake showed that in a two-hour span the water level climbed 12 feet. The dam at Canyon Lake failed, and water rushed through Rapid City and the eastern foothills of the Black Hills.