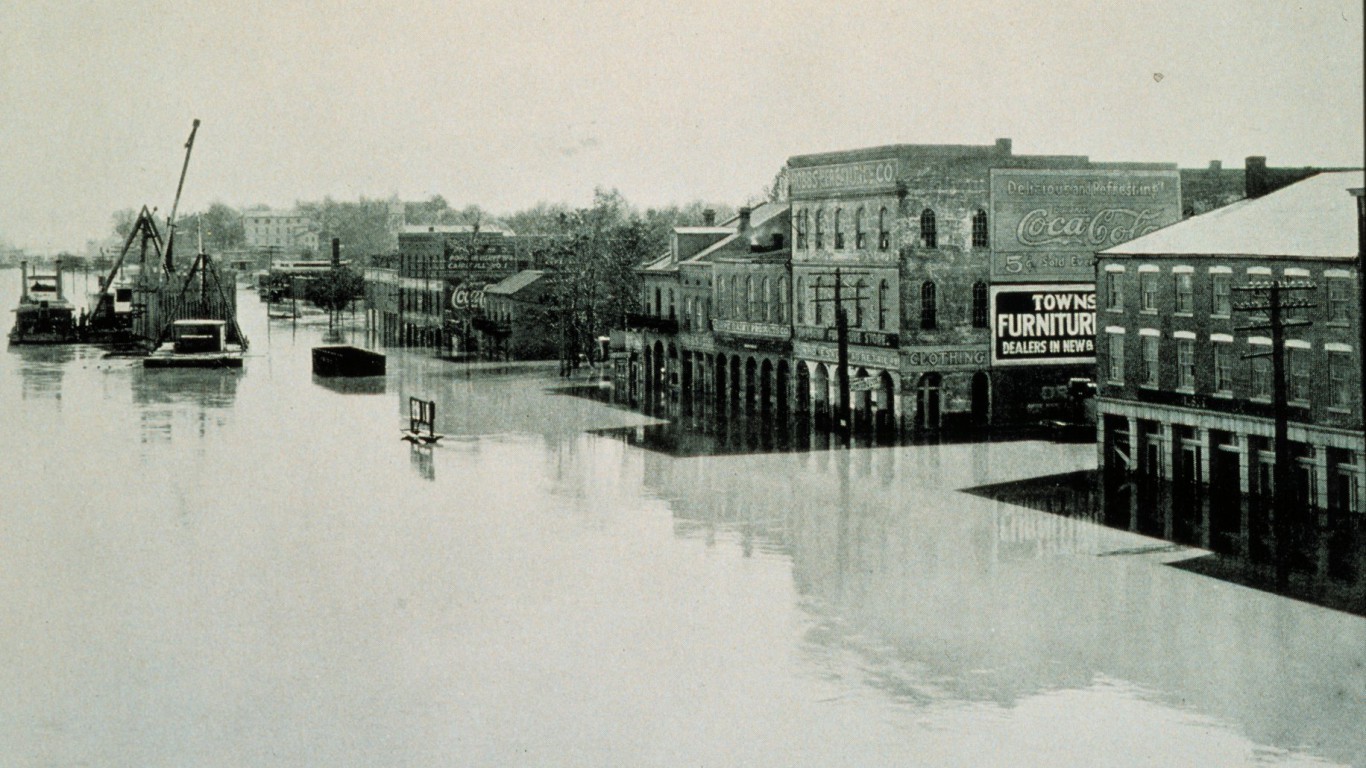 People living along the Mississippi River know it floods often — and they have learned to live with it. But no one was ready for what historians called one of the greatest peacetime disasters in U.S. history in April 1927. The Great Mississippi River Flood engulfed 16 million acres and displaced about 640,000 people from Illinois to Louisiana. In Vicksburg, Mississippi, the river swelled to 80 miles wide.

There were other consequences from the deluge. African Americans living in the flood zone were forced to leave their homes in the South, and the flood hastened what would become known as the Great Migration to northern cities as African Americans sought a better life. 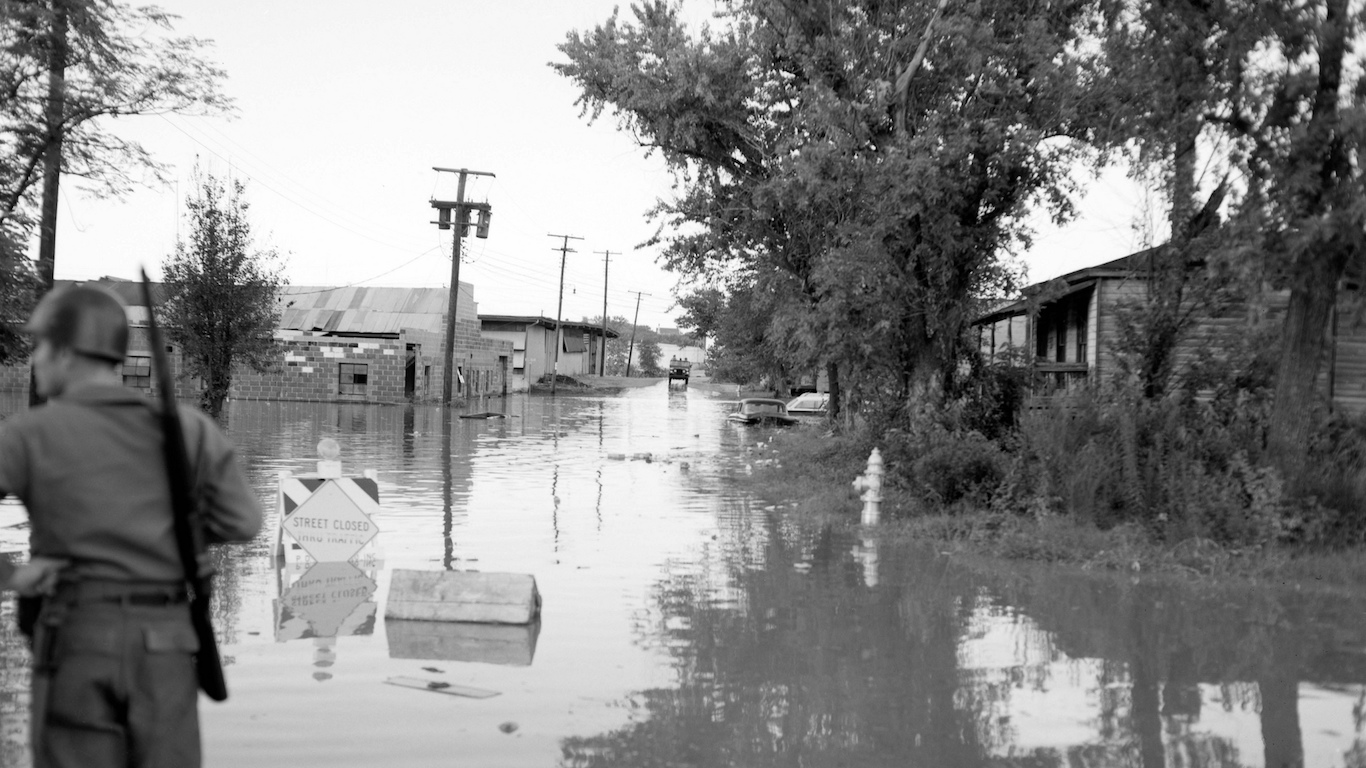 Hurricane Camille was a category 5 hurricane that slammed into the Gulf Coast of Mississippi on Aug. 17, 1969 and brought tremendous storm surge to the region. A storm tide of greater than 24 feet overflowed the town of Pass Christian, Mississippi. At the time, storm surges along that area of the Gulf Coast were the highest ever recorded in the United States. In addition to the 256 people who were killed, 20,000 were left homeless, and thousands of farm and domestic animals were drowned. 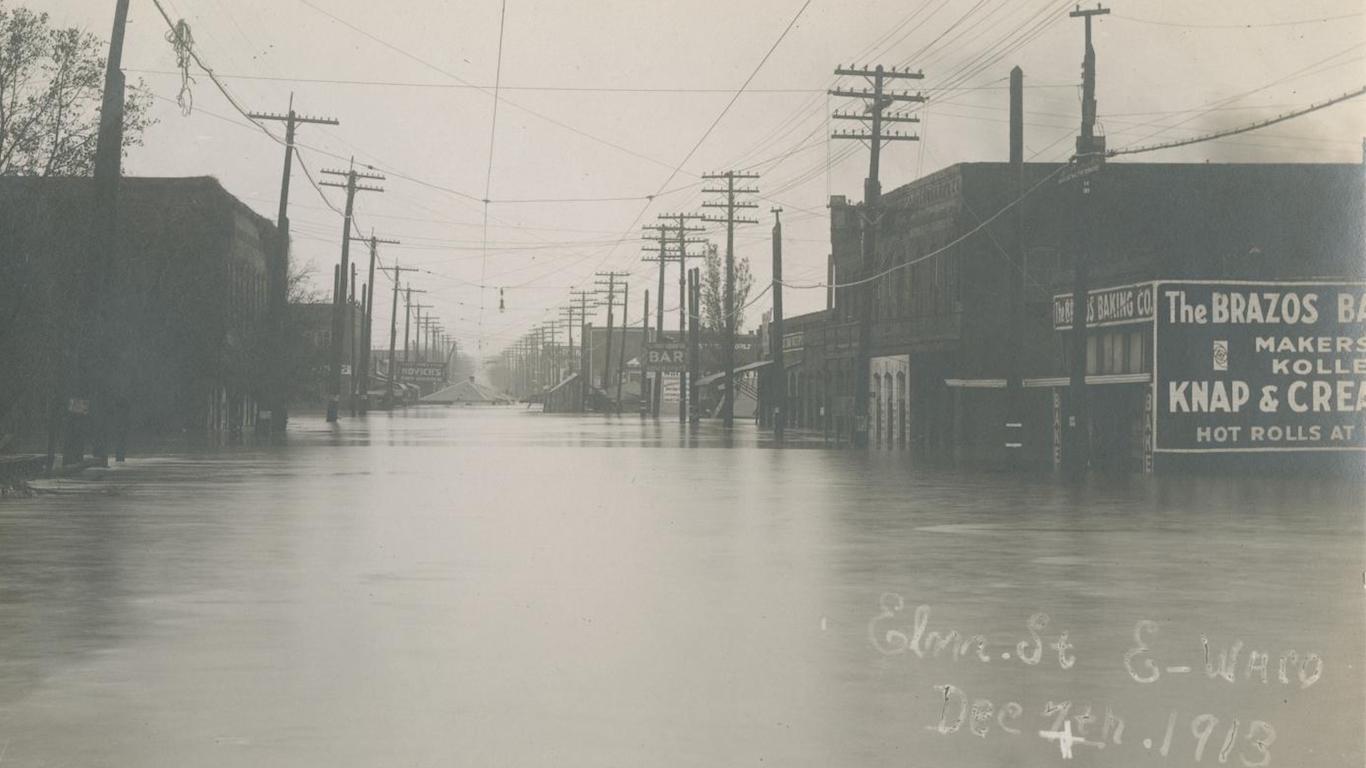 Rain fell on the Brazos River region for 11 straight days beginning June 17, 1899. Rainfall totals reached almost 9 inches that week across 66,000 square miles of Texas. The Brazos River overflowed its banks and flooded the surrounding area for 12,000 square miles. In July, flood waters would rise over 58 feet in the town of Richmond. It wouldn’t be the last flood-related tragedy to befall the region. 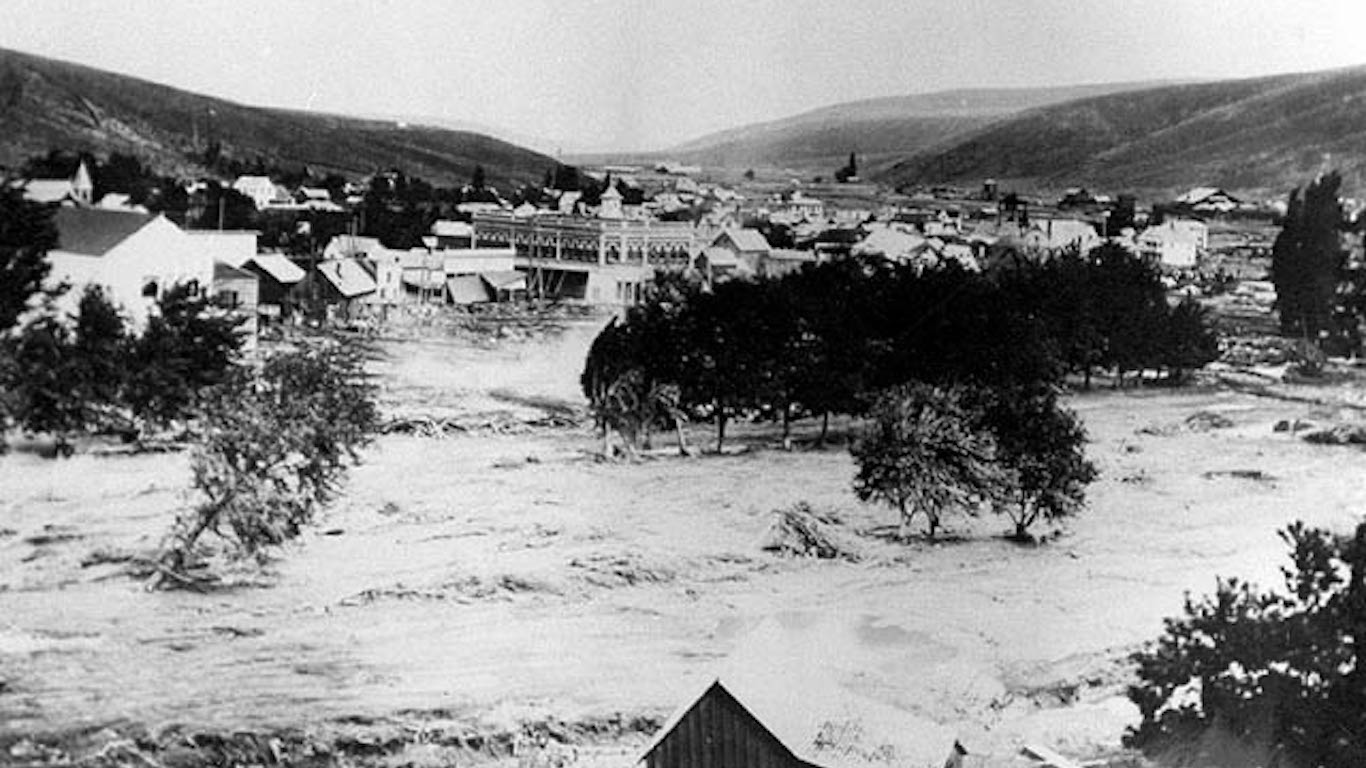 A brief, hard rain and hail in the Blue Mountains triggered a sudden and deadly flash flood through Heppner, Oregon, on June 14, 1903, drowning 324 people. Waters rose up to 40 feet high and saturated the town. The death toll would have been much higher, but towns in the path of those waters were warned ahead of time and residents were able to evacuate. It’s unclear exactly how much rain fell during the disaster because the local weather station was destroyed in the flood. 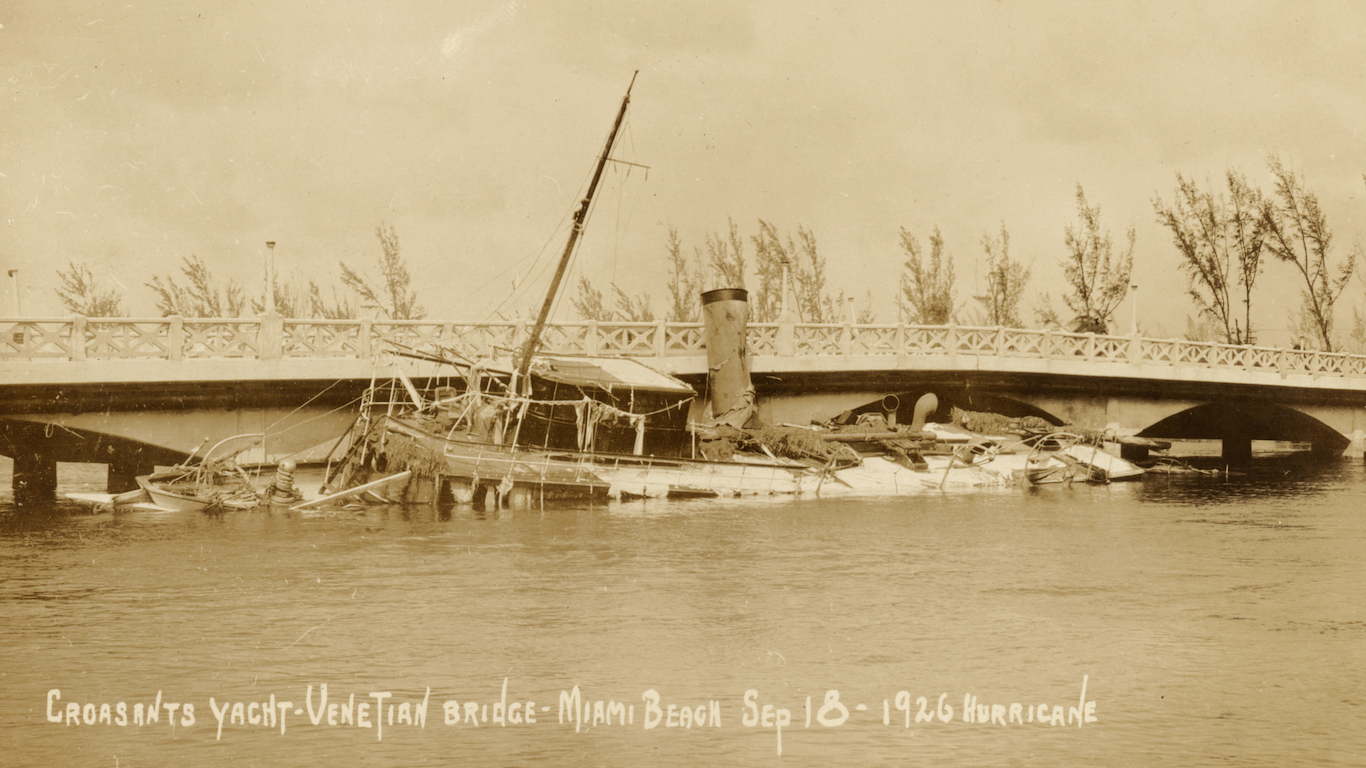 It was bad enough that the Florida real estate market had collapsed in the mid-1920s, but then one of the worst storms ever blasted Florida and the Atlantic Coast on Sept. 18, 1926. The tempest brought deadly storm surge and flooding to the hurricane-prone area. A tidal wave swept over Miami Beach and Biscayne Bay, and boats were scattered all over the city. The storm left 372 people dead and up to 6,000 injured. There had been some advance warning of the approaching hurricane from reports from ships in the area, but in 1926, few people had radios and there were few methods to pass along the warning to the population. Property damage was the highest in U.S. history to that point.