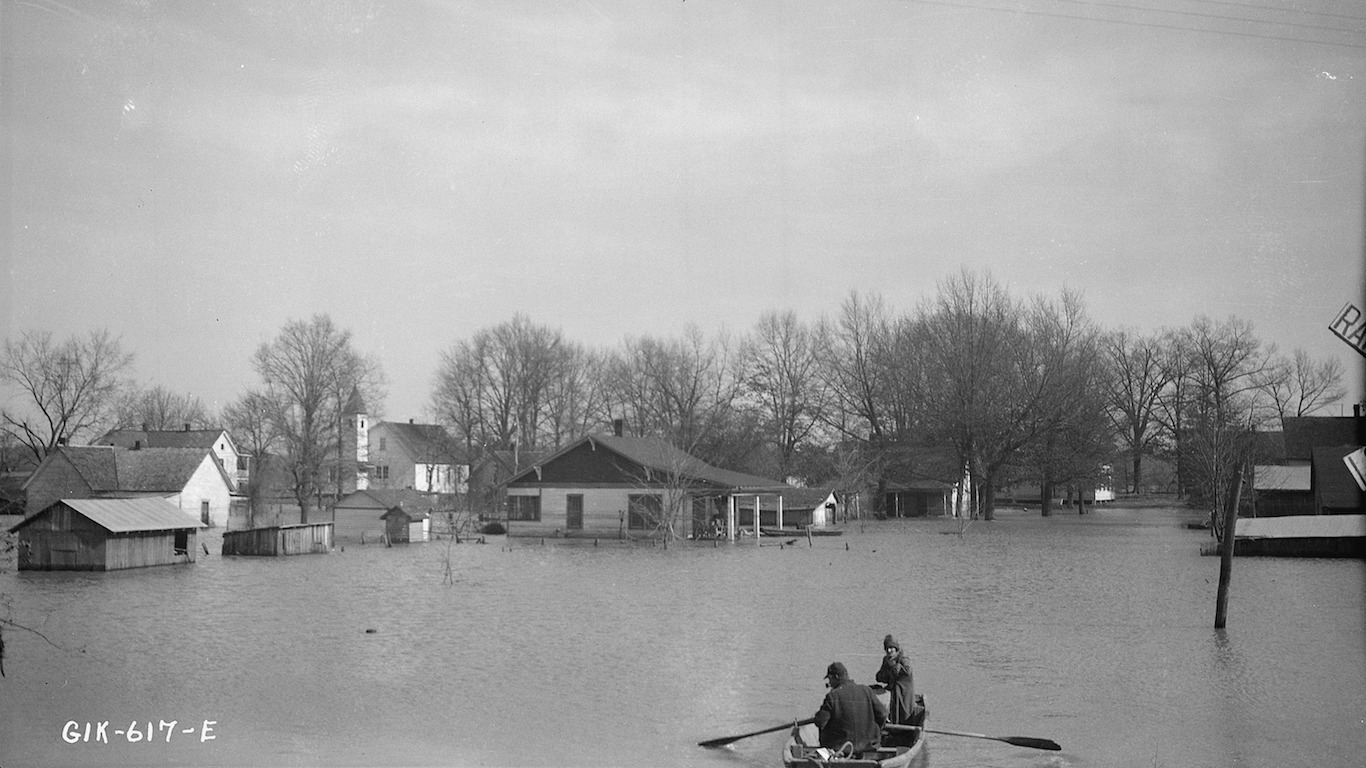 How bad was the Ohio River Flood in 1937? The NWS said the deluge “surpassed all previous floods during the 175 years of civilized occupancy of the lower Ohio Valley.” The flood started in late January 1937 and was bolstered by record rainfall in river cities such as Louisville, Kentucky (20 inches); Evansville, Indiana (15 inches); and Cincinnati, Ohio (14 inches). The NWS said 70% of Louisville was under water. The Cincinnati Enquirer reported that one-fifth of Cincinnati was under water. The nightmare got worse — as the water rose, gas tanks exploded and oil fires ignited along the river. 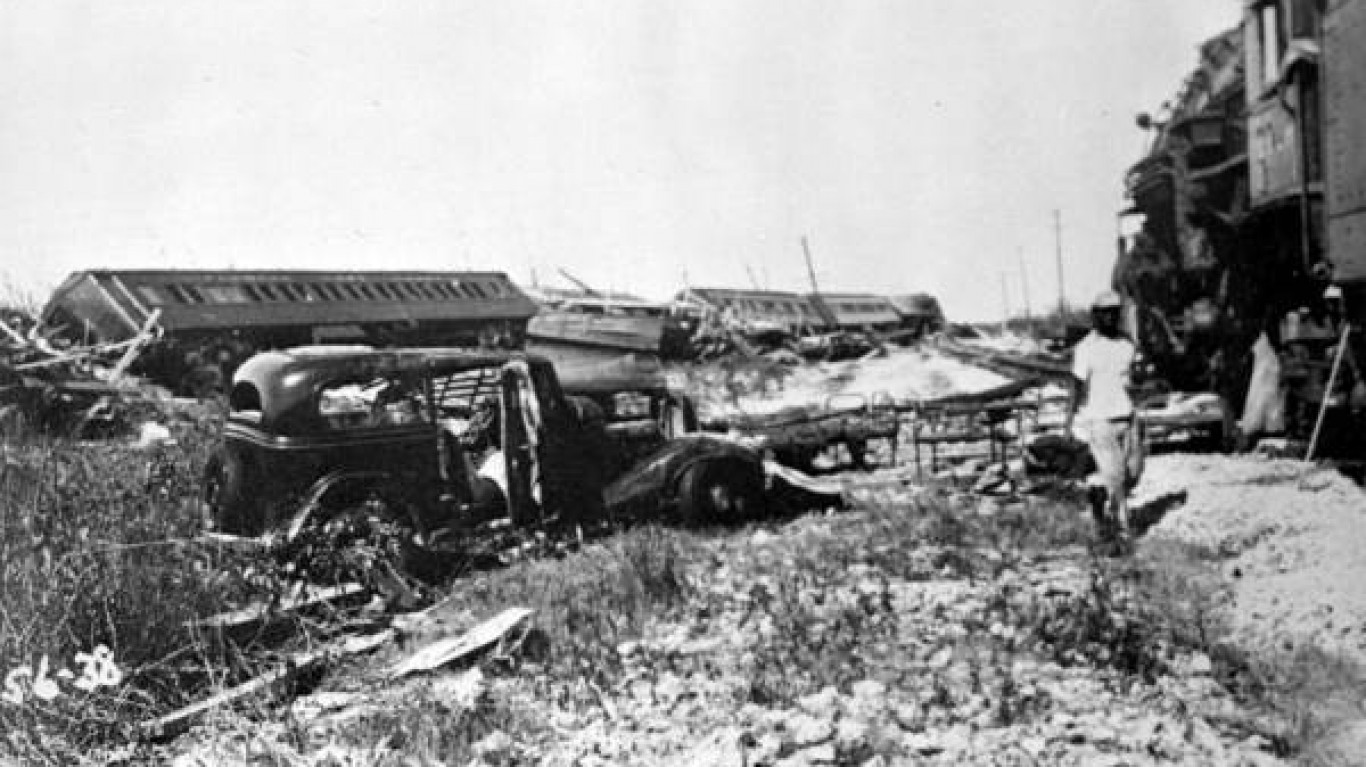 The 1920s and 1930s were a difficult time to live in Florida because of the real estate collapse and severe weather events, and the Labor Day Hurricane of 1935 brought even more misery to the Sunshine State. The category 5 tempest devastated the Florida Keys, producing a storm surge of up to 20 feet above sea level. The railroad connecting the Keys to the mainland was destroyed. Among the scores who died were World War I veterans who were building a highway and living in federal rehabilitation camps. After the storm, Ernest Hemingway traveled to the Keys to help with the recovery. What he saw prompted him to write a scathing magazine article titled “Who Killed the Vets?” 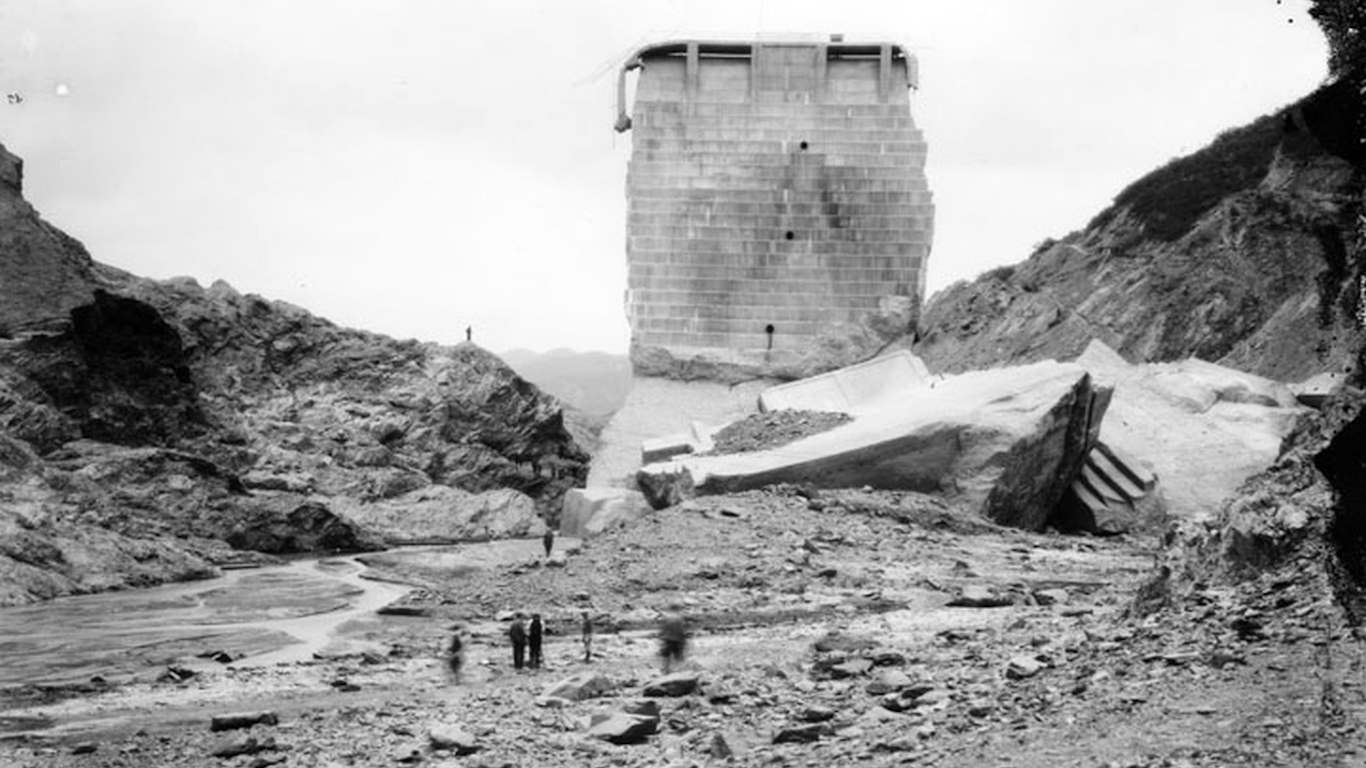 The St. Francis Dam failure was the second-worst disaster in California’s history after the San Francisco Earthquake and among the greatest dam catastrophes in the U.S. history. Built in 1926, the dam was the creation of self-taught civil engineer William Mulholland. The 1,300-foot dam held more than 12 billion gallons of water, enough to supply Los Angeles for a year. But there were integrity issues of the dam from the beginning. On the morning of March 12, 1928, the dam keeper noticed muddy leaks emerging from the dam. He summoned Mulholland and his chief assistant, who inspected the dam and said it was safe. Twelve hours later, the dam keeper and his 6-year-old son would be the first drowning victims after the dam gave way. The wall of water would surge 54 miles until it reached the Pacific Ocean. 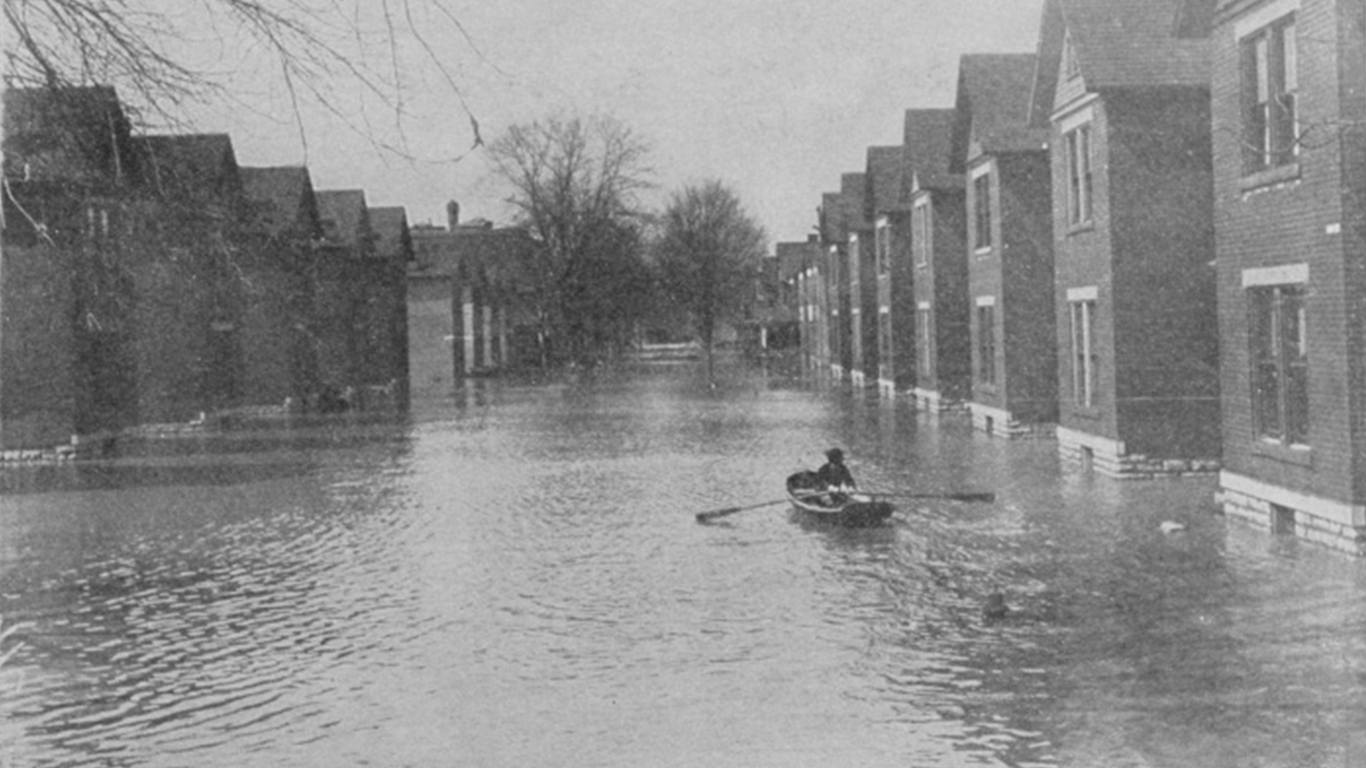 The worst weather event in Ohio history occurred in late March 1913, killing 467 people and flooding 40,000 homes. Excessive rainfall all over the state caused the flood. In Dayton, swiftly flowing water as deep as 10 feet deep swept through downtown streets, killing 123 people. Downstream on the Miami River, 100 more people died in Hamilton, where water rose to as much as 18 feet. Another 100 people died in Columbus, where survivors were plucked from trees and rooftops. At Cincinnati, the Ohio River rose 21 feet in 24 hours. Hoping to avoid a repeat of the calamity, flood control reservoirs were established by the Miami Conservancy District after the flood of 1913. 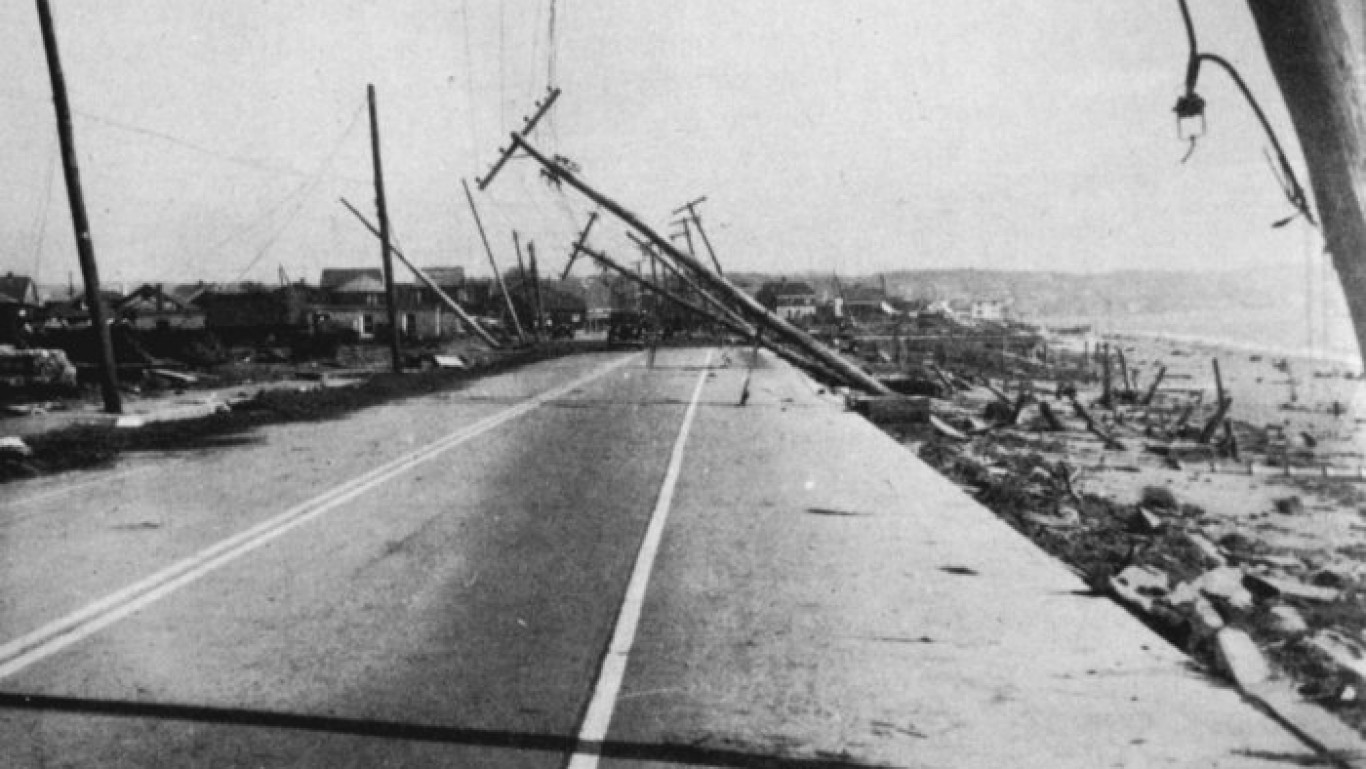 On Sept. 21, 1938, one of the most famous nor’easters of all time destroyed much of eastern Long Island before it unleashed its wrath on New England. It was a fast-moving storm that the NWS said was moving at 47 mph, and it produced up to 7 inches of rainfall. Tidal waves at least 50 feet high, as recorded in Gloucester, Massachusetts, overwhelmed unprotected beaches, and the deluge turned cottages into matchsticks. The region’s deadliest disaster claimed at least 700 lives, and 2,000 others were injured. More than 63,000 people were made homeless. Almost 20,000 buildings were destroyed, and 100 bridges had to be reconstructed.